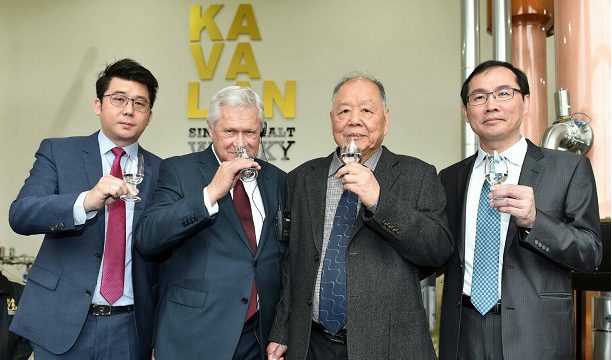 The news comes as the brand marks the 10th anniversary of Taiwan-made whisky, and releases a rum cask-aged whisky in time for the festive season.

At the opening of the new distillery, CEO Y.T. Lee looked back to 11 March 2016 when the first new-make flowed from the stills.

“Before 2006, all this was nothing more than a pipe dream,” said Lee. “Yet 10 years later, we have enough demand for Kavalan that we’re celebrating a doubling in our capacity to 10 million bottles with our second distillery.”

Also speaking at the event, IWSC outgoing managing director Ewan Lacey said the distillery’s decade-long journey contributed to a “broadening of the world of whisky both in terms of creating a new frontier and a new philosophy.”

Earlier this year, Kavalan took out billboard ads in New York’s Times Square as it seeks to grow its international footprint.