British flag carrier British Airways has partnered with The Cambridge Distillery to produce its own gin blend for first class customers. 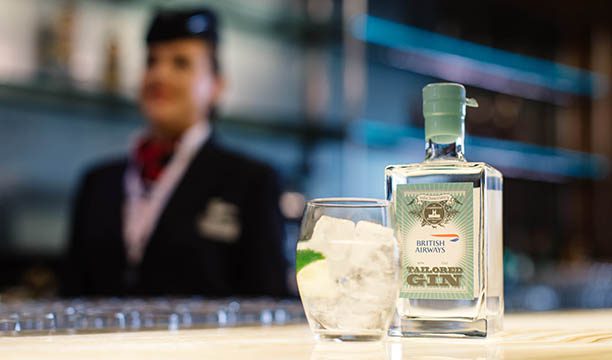 British Airways Tailored Gin is available to the airline’s First passengers now from the bar in the Concorde Room lounge at Heathrow Airport’s Terminal 5.

The main botanicals used in the blend, which was underwent taste tests in the lounge, include basil, rosemary and thyme grown in the Cambridge Distillery garden.

“The Concorde Room is the epitome of exclusivity on both sides of the Atlantic, so what better place to raise the bar and serve up this delicious new bespoke British Airways Gin to our most premium customers.”

Will Lowe, master distiller and owner of the Cambridge Distillery, added: “British Airways customers deserve the best, so we are thrilled to offer those flying in First this amazing new British Airways Gin, served exclusively from the Concorde Room.

“We take enormous care making our gins. For British Airways we collected the basil, rosemary and thyme from our very own gardens and distilled them separately to ensure the temperature of distillation of each botanical was just right, then carefully blended them to make British Airways Gin.

“We label each bottle with the British Airways Speedmarque and wax seal them by hand here in Cambridge to create a truly unique product.”

Last year The Cambridge Distillery launched the £2,000 (about US$2,500) Watenshi Gin, created by capturing the evaporation, known in the industry as angel’s share, of the producer’s Japanese Gin.

Watenshi Gin was named the Most Innovative Launch of 2015 by The Spirits Business.