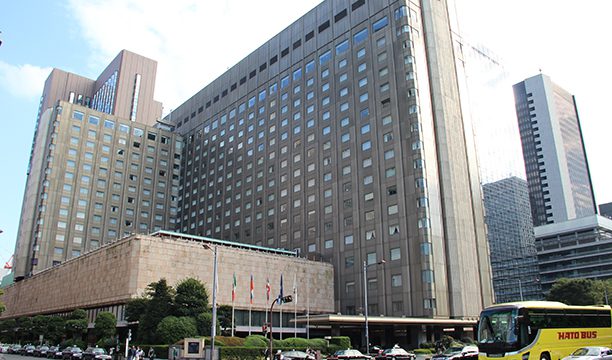 This year’s IBA WCC took place in the majestic Imperial Hotel, in Tokyo, Japan. Situated in the heart of the city’s thriving bar district – Ginza – the luxurious building provided an apt location for more than 1,000 bartenders, brand representatives and industry leaders to gather and celebrate bartending talent from around the world. Hosted by the Nippon Bartenders Association, this year’s WCC was one of the biggest in the history of the competition. 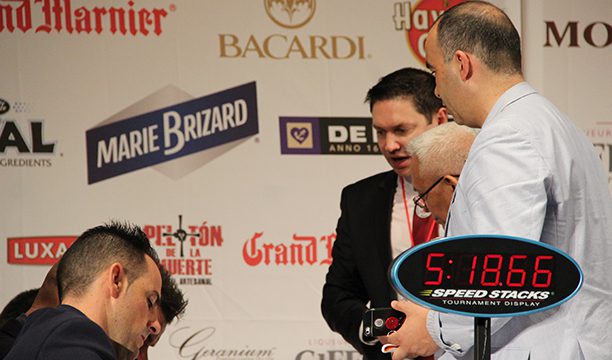 After an extravagant welcome party, the IBA’s AGM and a luxurious dinner cruise around Tokyo Bay, the competition kicked off in style with the WCC Flairtending Competition on Tuesday 18 October, where 46 quick-fingered bartenders attempted to shimmy and shake their way to glory. All bartenders had five minutes to complete their routines, assessed by one panel of technical judges on stage and a separate panel of judges backstage who focused on the quality of the drink itself. 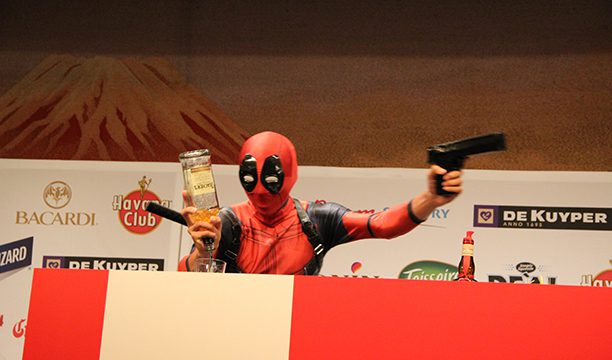 Since bartenders received points for a creative theme and musicality, a number exhibited interesting – often flamboyant – costumes. Superheroes were on show in abundance. 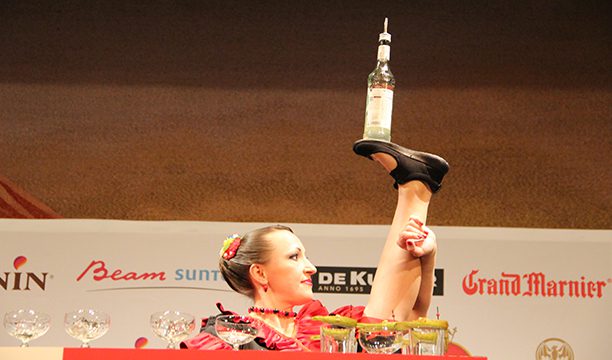 Ukraine’s Lelyzaveta Sobolieva took viewers on an global tour with a number of international cultural costumes – and even a bit of acrobatics. 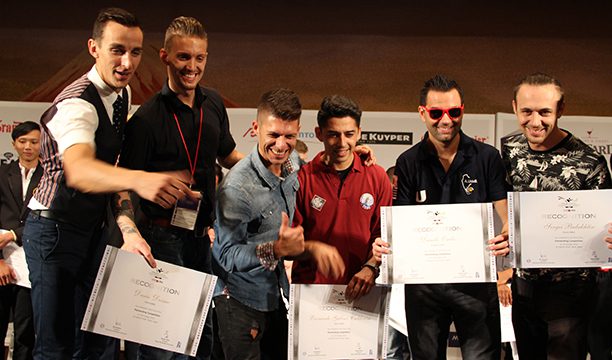 At the end of the day, six bartenders were selected to go through to the final round of the WCC Flairtending Competition, representing Russia, Uruguay, Spain, the US, Switzerland and Poland. 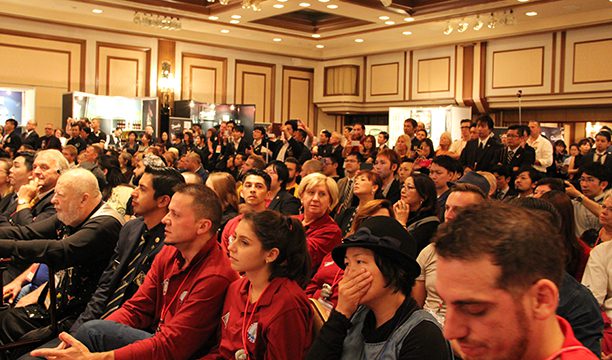 Crowds gathered for the final round of the WCC Flairtending Competition, many cheering for the bartender representing their home country. 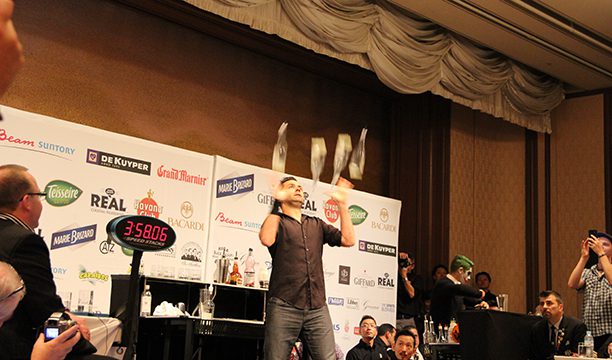 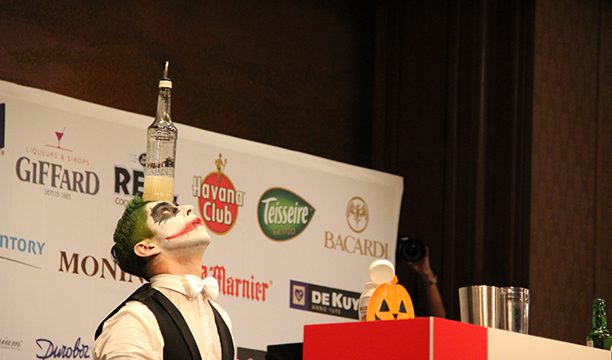 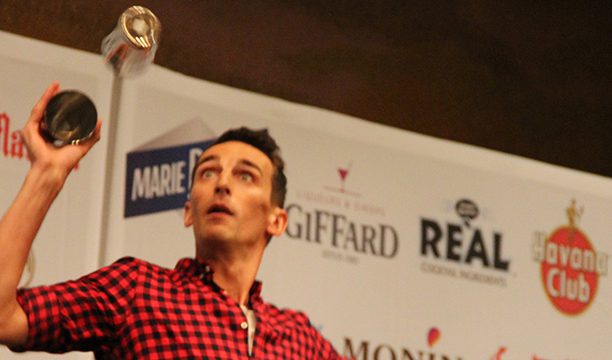 However, Poland’s Marek Posluszny was crowned overall winner of the round, impressing with his slick and engaging performance and resulting Sunbeam cocktail – a mix of Jim Beam Apple, Monin Cucumber, tangerine juice, lime juice and egg white. 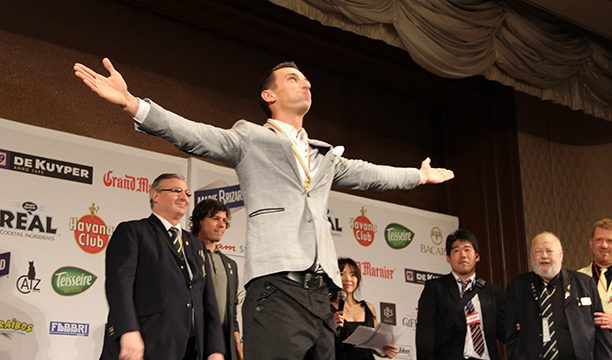 Posluszny, who previously won gold for flairtending in the 2011 and 2013 editions of the WCC, was therefore put through to the following day’s Super Final of the competition. “I feel like I am floating five centimeters above the ground – I am extremely happy,” he said. “I messed up last year and wasn’t placed in the top three, so I knew I had to work twice as hard this year. When they said my name it was like a dream come true.” 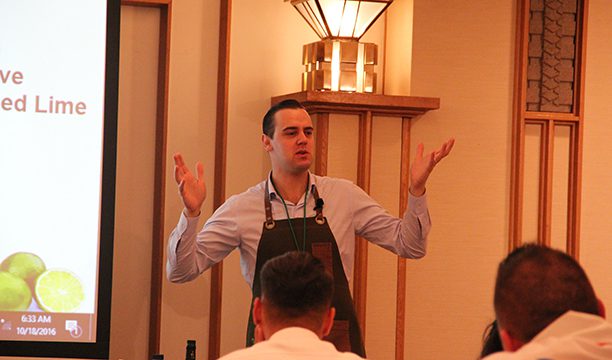 Ahead of the flairtending final, bartenders whipped out their notepads at the IBA Symposium, which saw a number of brands host 45-minute educational sessions. Reàl Cocktail Ingredients teamed up with internationally renowned bartender Simone Caporale to inform bartenders about the company’s product line, with Caporale extolling the virtues of using a high quality, commercially produced product behind the bar. 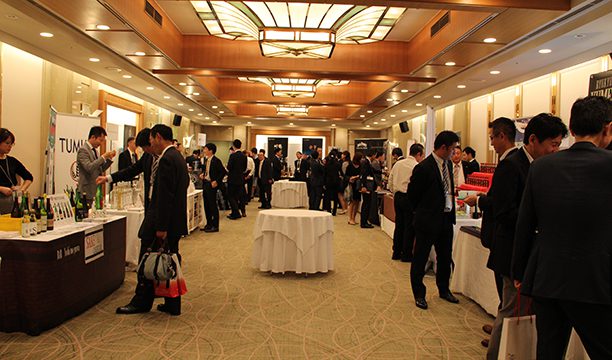 Throughout the week, bartenders and industry representatives networked and perused stands at the Japan Cocktail Festival, which took place next to the main competition hall. Exhibitors included Tumugi – a range of barley-based Japanese cocktail spirits created in the Oita Prefecture – famous for sake brewing. 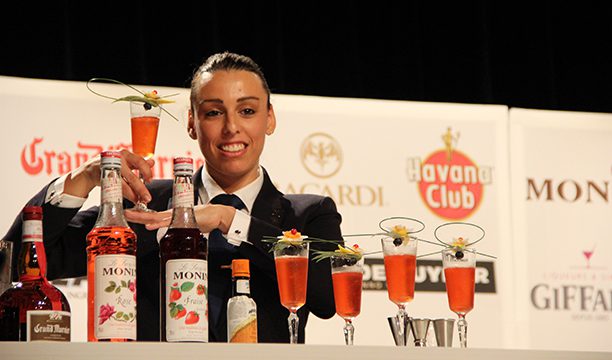 Thursday (20 October) saw the start of the WCC Classic Mixing Competitions, of which there were five. The UK’s Lucia Montanelli was crowned winner of the Sparkling Cocktail Competition for her drink Sakura Blossom – a mix of Courvoiser XO, Grand Marnier Cordon Rouge, Monin Rose, Monin Strawberry, Schlumberger Sparkling Brut and Angostura orange bitters. 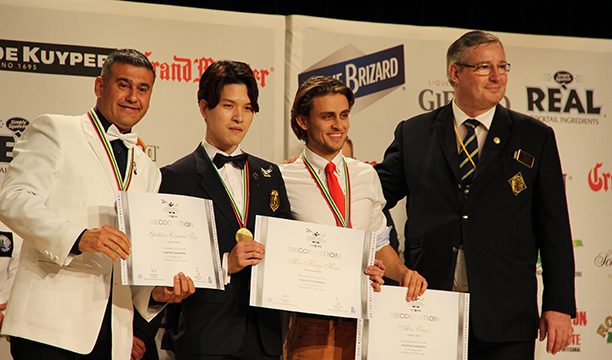 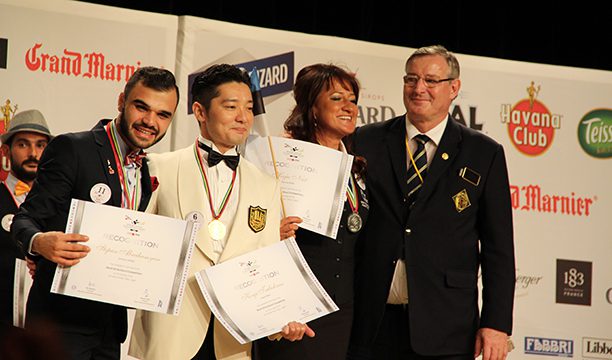 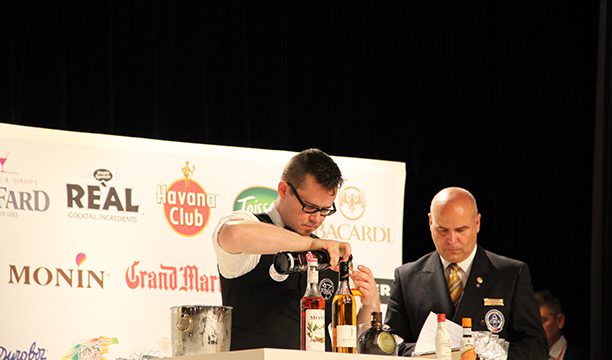 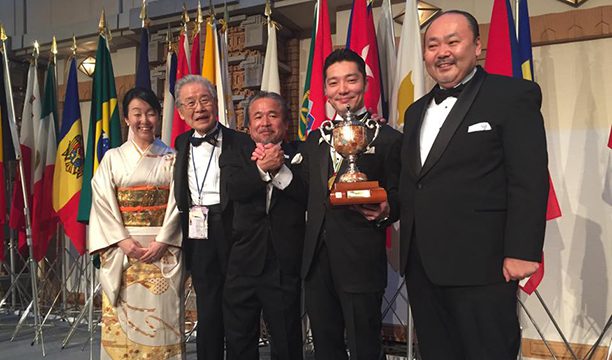 Japan’s Kenji Tsubokura, a bartender and bar owner based in Kyoto, was crowned winner of the Super Final and subsequently IBA Bartender of the Year 2016. The news was announced at the WCC’s Gala Dinner, promoting a roar of appreciation from attendees. 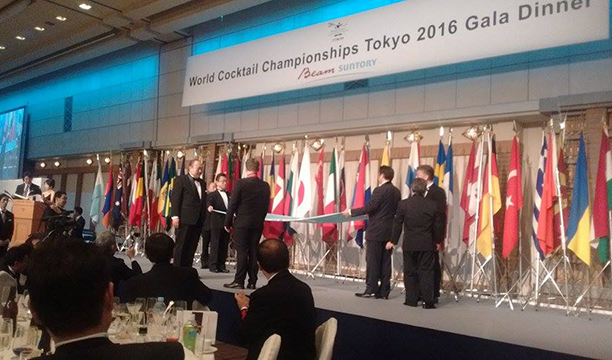 Also during the Gala Dinner, the IBA WCC flag was handed over from Japan to Denmark, which will host the WCC in 2017. “Next year, [the WCC] will be very modern and very different to anything we’ve done before, with lots of interaction with local people,” said IBA president Ron Busman.