The nation of Wales is set to become an official whisky producing country as Dà Mhìle Distillery bottles its first whisky, a single grain expression.

Located in west Wales, near Llandysul, Dà Mhìle Distillery will bottle the first batch of its inaugural whisky expression, a single grain release, on 27 September.

Under European Union legislation, the development means Wales can officially market itself as a whisky-producing nation.

In order to meet the requirements, a country must have at least two distilleries producing and marketing whisky to be recognised as an ‘industry’.

The expression to give Wales ‘whisky’ status is Dà Mhìle Single Grain Welsh Whisky, an organic single grain release. While bottled as a no-age statement, the liquid been aged in ex-Bourbon casks for four years.

“There’s very limited stock; each bottle will be numbered.” 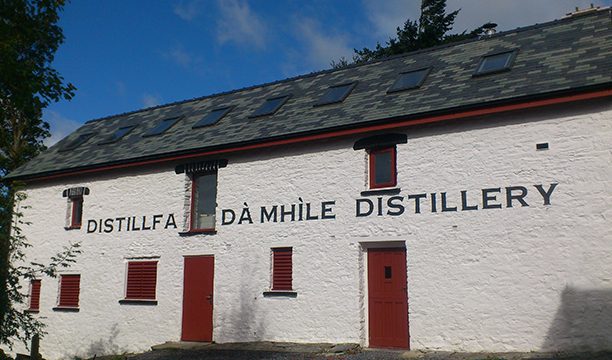 While Savage-Onstwedder and his team first started distilling in 2012 and has produced a range of gins, “the real reason was to make whisky,” he continued.

“We will release a single malt in 2019 – all [whiskies] will be released in a limited quality; we’ll be able to supply year-round stock of both grain and malt by 2020.

In addition, Savage-Onstwedder says he has just planted Dà Mhìle Distillery’s first barley field and that the long-term ambition is to become a “single estate” producer.

“We’re in talks with Aberystwyth University to look at growing old Welsh grains,” he added.

Dà Mhìle Single Grain Welsh Whisky is available from the Dà Mhìle Distillery website and from select whisky retailers in 70cl and 35cl formats priced at £60 and £34 respectively. Miniature-sized bottles are also available.

In March 2014, Dà Mhìle Distillery released a gin made using algae from the Newquay coast, which was then infused with fresh seaweed for three weeks.