As the 2016 TFWA World Exhibition & Conference approaches, SB recounts some of the best travel retail exclusive spirits launches to grace the shelves in the past 12 months.

From gimmicky to distinguished, and unremarkable to downright desirable, travel retail exclusive spirits releases have represented something of a mixed bag in the past.

But now, as brands make every effort to better understand their consumers, and premiumisation, storytelling and meaningfully engaging activations become commonplace, these launches – only available from travel retail and duty free outlets – are more likely that ever to live up to the hype.

And as the 2016 TFWA World Exhibition & Conference draws ever closer, it seems fitting to look back over the past year of TR releases and celebrate the finest offerings – be it for their unusual production methods, noteworthy backstories, or all-round groundbreaking concepts.

Click through the following pages to discover SB’s top 10 travel retail spirits launches in the past year.

Missed out your favourite? Let us know in the comments below. 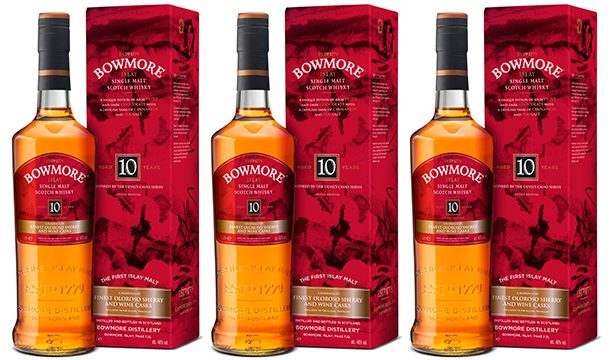 How to follow up a sell-out limited edition range with a cult following? Beam Suntory Global Travel Retail (GTR) faced a tricky task when considering a successor to its Devil’s Cask series. No fear however, as the resulting Bowmore 10 Year Old, another limited edition, is already drawing in intrigue. The expression is inspired the Islay tale of how the devil himself was chased through the village of Bowmore and into the gates of its distillery before escaping in a cask of whisky bound for the mainland – and tasting notes suggest the whisky offers a fiery twist to the classic Bowmore. We’re certainly tempted – an Islay malt matured in both ex-oloroso Sherry casks and ex-red wine barriques could invoke more than one of those devilish deadly sins. 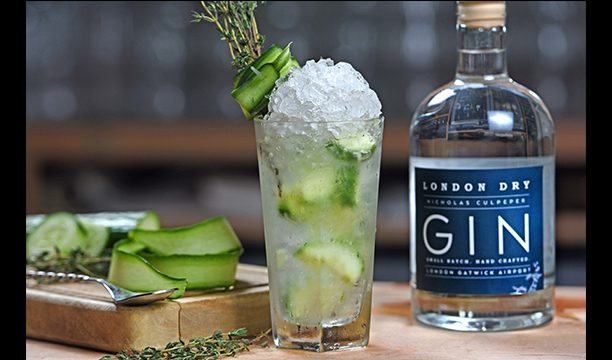 Forget being sold in an airport – how about sampling a gin actually made in one? That’s what The Restaurant Group and Gatwick Airport proposed when they opened what’s thought to be the world’s first airport gin distillery in February this year. Made from botanicals including Chinese cassia bark and Indian Angelica root, the resulting Nicolas Culpeper Gin harnesses the spirit of travel through ingredients and inception. While technically not a travel retail exclusive – The Nicolas Culpeper restaurant and distillery is situated landside – with transport so inherent, we think the product is worthy of a place in our round-up. 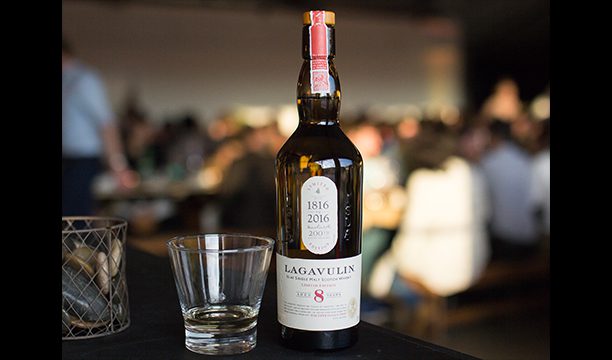 Diageo-owned Lagavulin Distillery celebrates its 200th anniversary in 2016, and has released a range of high-calibre single malt whiskies to mark the occasion. One of those is an eight-year-old expression, created in honour of 19th century writer Alfred Barnard, who sampled a Lagavulin dram of the same age during a visit to Islay, reportedly describing it as “exceptionally fine” and “held in high repute”. Aged exclusively in refill American oak casks, Lagavulin 8 Year Old is said to be “magnificently full” with tasting notes of charred, minty, dark chocolate, and sweet, smoky and warming flavours. Initially launched in domestic markets, distribution moved to travel retail to make way for Lagavulin 25 Year Old. 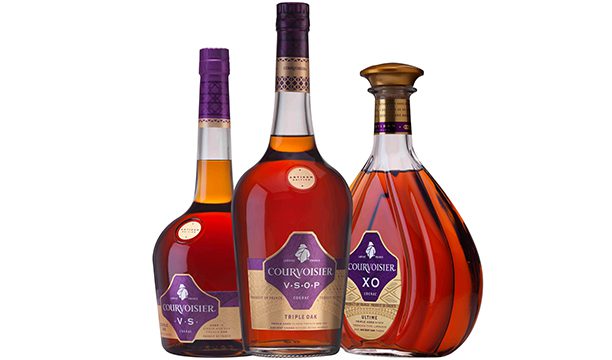 Following the Cognac brand’s Golden Age of Paris rebrand, Beam Suntory GTR revamped its entire travel retail line in May. The resulting Courvoisier Artisan Edition range focuses on three different types of oak casks, and was developed to lure single malt Scotch drinkers into the Cognac category’s TR clutches. Courvoisier VS – Double Oak is matured initially in virgin French oak before a transfer to old Cognac casks to “create harmonious flavour”. VSOP Triple Oak is a double matured small batch Cognac which has spent time in bold new and used French oak casks before being married in wooden vats for “sublime smoothness”. XO – Ultime is triple-aged in new Tronçais wood and Limousin casks followed by used oak, with the liquid then left to mature for two years in humid cellars by the Charente River in Jarnac. No wonder single malt drinkers are turning their heads. 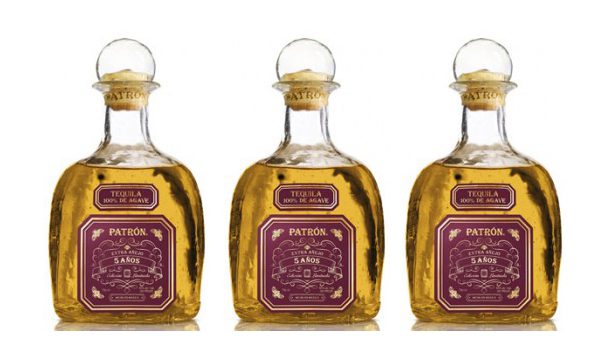 Launched as part of a partnership with DFS Group, Patrón Extra Añejo 5 Años is fascinating in terms of oak maturation. Aged for five years at the Hacienda Patrón, the expression makes use of new medium toasted “hybrid” American and limousin oak barrels, plus used whiskey barrels. Wood management might be old hat to whisky producers, but Tequila houses have only just started playing – an expression aged for this long in a curious barrel type was sure to stir up interest. Less than 500 cases were produced, only for sale through DFS stores in Asia – so you need to be quick if you want a taste. 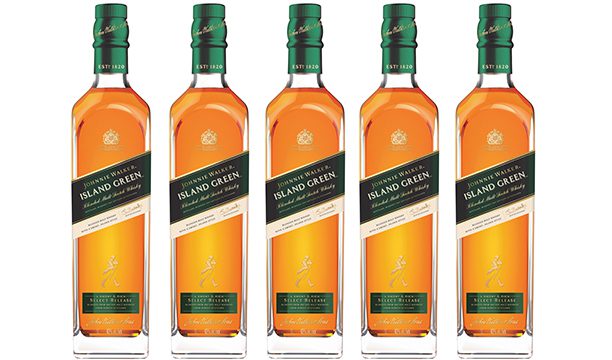 Emphatically the largest Scotch brand in the world, Johnnie Walker knows its lane and sticks to it, right? Not so in May, when the traditional blending house sought to “transform” the TR Scotch landscape with the arrival of its first blended malt travel retail exclusive expression, Johnnie Walker Island Green. Described as a “rare blend of rich malt whiskies”, Johnnie Walker Island Green is said to offer a “greater influence of smoky, maritime malt whisky” compared to the recently re-introduced Johnnie Walker Green Label. The release includes liquid from Islay distillery Caol Ila, which is given “added prominence”, Highland-based Clynelish, Lowland Glenkinchie and Speyside Cardhu. Doug Bagley, the then-Diageo Global Travel Middle East (GTME) managing director described the release as a “true game-changer”. 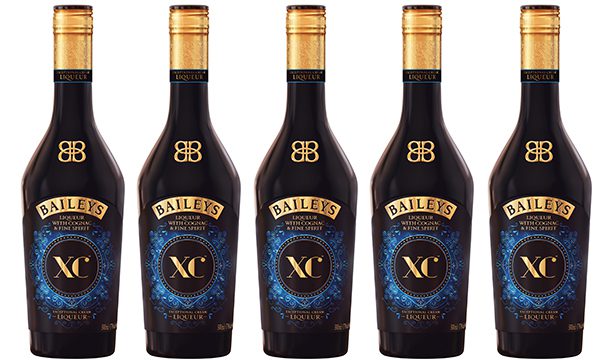 Another excitement-stirring TR release from the now-evolved Diageo GTME stable, Baileys XC took the market by surprise in April. Described as an “innovation in drinks alchemy”, the release is a blend of Cognac, “fine spirit” and cream. Initially launched on an exclusive basis with Gebr. Heinemann, the expression entered the wider TR marketplace from June 2016. Once considered staid, the Irish cream liqueur category has been decidedly revamped with a Gallic twist. 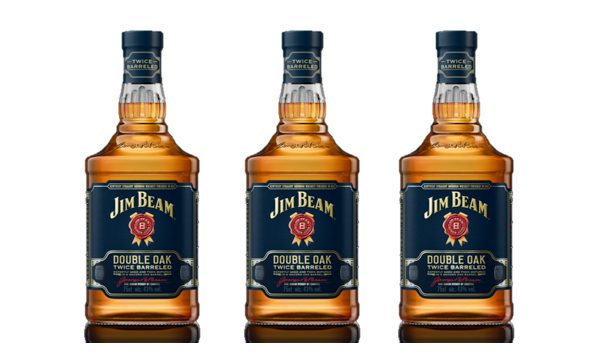 Initially launched as a travel retail exclusive, permanent addition Jim Beam Double Oak was one of the first releases following the brand’s global packaging redesign – and it didn’t disappoint. The Kentucky Straight Bourbon was first matured in new charred American white oak barrels, before being transferred into a second charred oak barrel for a further period of ageing. According to Beam Suntory, the twice-barrelled production process draws out “perfectly balanced depths” due to the greater contact with the wood. 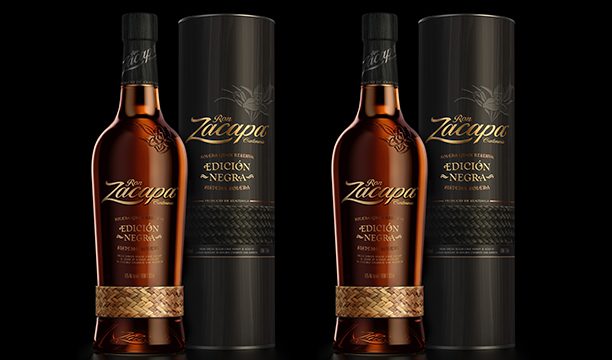 Inspired by “traditional Mayan rituals”, slow-aged rum expression Zacapa Edición Negra is said to offer a different palate from hero product Zacapa 23, with a particular focus on a “smoky intensity”. Said to include liquid aged from between six and 23 years, given nosing and tasting notes include caramelised fruits, plums, raisins chocolate, dried fruit and a “smooth smoky” element. Diageo GTME describes the edition as “a truly exciting innovation in the luxury rum category”. 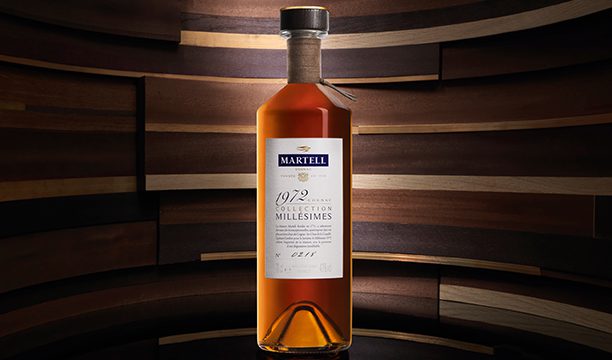 Released to the market in February this year, Pernod Ricard Travel Retail’s Martell Millésime 1972 has spent 43 years in old barrels before resting for a time at Chais de la Coquille, the Martell House’s oldest cellar in Cognac. The whole product is steeped in history; even the bottle is said to be inspired by the Martell ‘montre’, a small, cylindrical carafe traditionally used to hold eau-de-vie samples prior to blending.