The Glenlivet: a brand history

Pioneers of The Glenlivet talk to Tom Bruce-Gardyne about how the brand fulfilled its bold aim of becoming the world’s best-selling single malt.

“We’ll make Glenlivet number one,” vowed Patrick Ricard, second generation head of Pernod Ricard, soon after the company acquired the famous single malt from Seagram’s as part of Chivas Brothers in 2001. The Glenlivet had long been the category leader in the States, but was a distant second in global sales to the mighty Glenfiddich.

Sadly Ricard died in 2012, three years before his dream came true. The milestone was officially confirmed last September with the release of IWSR figures of 1,067,000 cases for the year. Under Pernod, The Glenlivet’s volumes had virtually trebled, while those of its arch-rival had stayed relatively flat.

So was there dancing in the streets at Pernod’s Parisian HQ? “There might have been,” says Alan Winchester, deadpan. Glenlivet’s master distiller kept his personal celebration to “raising a contemplative dram”, or so he claims.

Such reticence is in keeping with the category. Single malts are meant to be rare and something you discover by yourself, or by word of mouth. According to Ken Grier, Edrington’s director of malts: “The thing beholden to us is that we continue to remain scarce and sell everything we make to a very high standard.”

His company’s flagship distillery, The Macallan, is to grow 50% to 15m litres per annum (lpa), while Glenlivet will swell to a staggering 21m lpa over the next few years. Nikki Burgess, Chivas’ global malts brand director, is coy about discussing numbers, but then we are only talking capacity, which isn’t necessarily the same as production. “My car can do 150mph, but I don’t drive it at that speed,” is how Winchester puts it.

Where it all began

In many ways Glenlivet’s newfound supremacy is strange because you wonder how it ever let Glenfiddich muscle in and establish the category, in the modern sense, in the 1960s. Especially when you think of The Glenlivet’s heritage as ‘the single malt that started it all’. This boast on the brand’s website is fair enough, given that it was easily the most famous name in Scotch whisky for most of the 19th century.

Early fans included King George IV, who was demanding it the moment he arrived on his 1822 state visit to Scotland, the first by a reigning monarch since 1650. Whether he meant the whisky distilled on George Smith’s farm, which became The Glenlivet, or any old hooch from the glen is unclear, but it would certainly have been illegal. It was not until 1824 that Smith became the first licensed distiller in this corner of Upper Speyside, where almost everyone ran an illicit still on the side.

Within three years, Smith’s new venture was almost bankrupt and only survived thanks to a £500 rescue package from the factor of his landlord, the Duke of Gordon. Meanwhile his neighbours, who continued to make moonshine, threatened to burn the distillery to the ground with him inside. This prompted a local laird to give him a pair of hair-trigger pistols which he kept in his belt at all times.

The stories have been respun many times in the marketing of The Glenlivet, and local distillers soon learned how the Victorians loved hearing about whisky-making amid the mountains and rutting stags. “We’ve always been very clever at weaving in the romance,” says Winchester. “John Grant of Glen Grant used to sell legal Glenlivet as illicit whisky.” Presumably he got a better price.

Smith died in 1871, having moved the distillery a few miles down the glen to its current home to be nearer the new Strathspey railway line. Production was running at 4,000 gallons a week and it was said that 100 casks a year were being sold in London, though whether it was being blended by grocers and publicans or sold in its original form is unclear. It all went from the distillery by horse and cart to Ballindalloch station, and then to Smith’s agent in Edinburgh, Andrew Usher.

As early as 1853, Usher launched Old Vatted Glenlivet as the first real prototype blended Scotch. Soon other blenders were flocking to the region and distilleries sprung up beside the railway tracks to supply them with Glenlivet-style whisky having bolted the magic ‘G’ word to their own name. Collectively they defined what became known as Speyside.

After a protracted battle in the courts begun in 1886, Smith’s heir, John Smith, managed to cull the number of distillers piggy-backing on the name to 10, and trademarked his distillery as The Glenlivet. It was rebuilt after a fire, closed during the First World War and brought back to life by Captain Bill Smith Grant who took over in 1921.

“It was always a very busy distillery, and was always working when others were having a downturn,” says Winchester. In 1932 at the height of the Depression, it was one of only two malt distilleries operating in Scotland. A year later came the repeal of US Prohibition and before long The Glenlivet was being served in miniatures aboard Pullman trains that criss-crossed America.

By 1972 the brand merged with others to form Glenlivet Distillers Ltd which was snapped up by Seagram’s for £70 million six years later. While The Glenlivet became the leading single malt in America which soaked up half the sales, Seagram’s priority was always Chivas Regal. “When we took it over, it wasn’t working at capacity and there were big stocks in the warehouse,” says Winchester of Pernod’s 2001 purchase.

He was impressed by the French group’s understanding of The Glenlivet and its confidence in being able to repeat the success it had with Aberlour. It became a priority brand, production was cranked up and no more casks were sold to rival distillers. The number of stills increased from six to 14 in 2008, and are set to double in the latest expansion.

The distillery is already huge by malt whisky standards and you wonder what George Smith would make of it all. Were he to return, Winchester would pour him some Nàdurra, Glenlivet’s cask-strength expression, to steady his nerves and explain all about those vast untapped markets like India, Taiwan and Mexico.

Click through the following pages to see the timeline of The Glenlivet’s brand history. 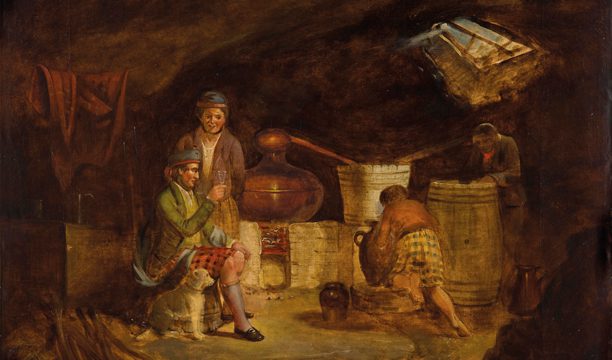 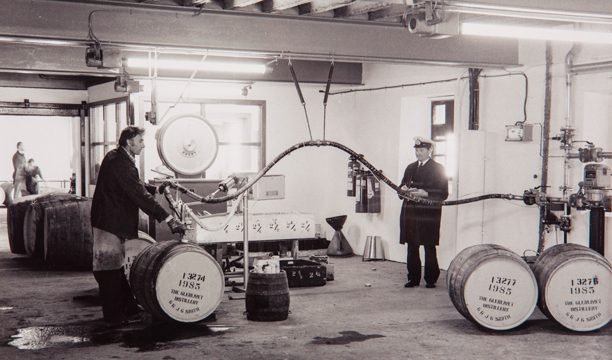 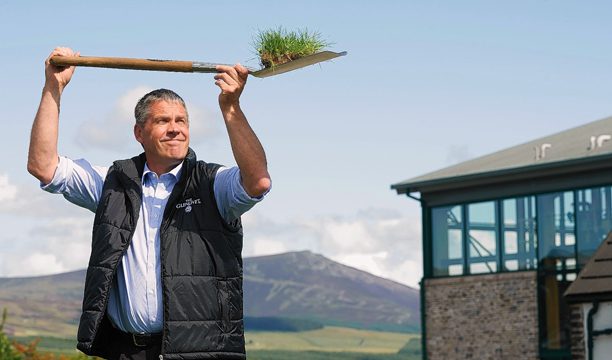