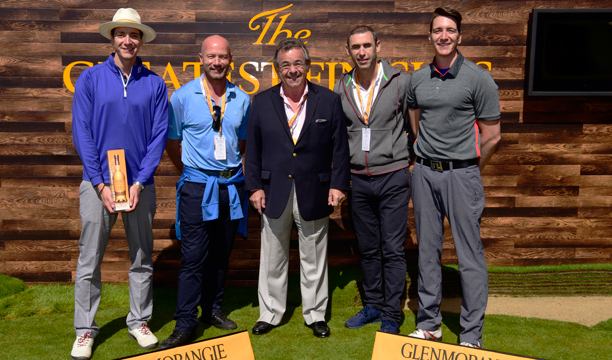 At the Open at Royal Troon this week – Glenmorangie ran a putting challenge at the Glenmorangie House Bar with footballers Alan Shearer, and Martin Keown, Harry Potter actors Oliver and James Phelps, and brand ambassador Tony Jacklin. The challenge was staged ahead of the announcement of Glenmorangie’s ‘greatest open finish of all time’, due to be aired on Saturday at the Open. 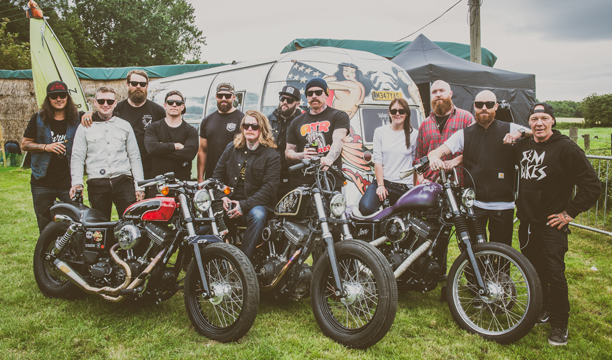 To welcome the motorcycles crews that have been biking around the country, completing various challenges for Sailor Jerry’s ‘The Ride’, the brand celebrated with an overnight camping event last Saturday – with Sailor Jerry’s cocktails and BBQ food aplenty. 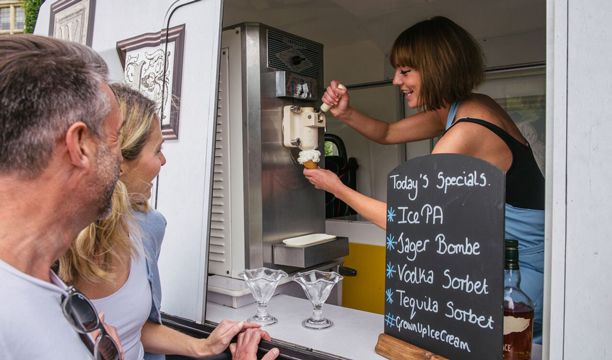 UK hotel group Warner Leisure Hotels launched an adult only ice cream van, which is travelling around the country serving boozy ice creams exclusively for adults. The bespoke menu includes the ‘Jäger Bombe’, a twist on the classic Ice Cream Bombe with Jäger ice cream in the middle, covered in a layer of energy drink-flavoured ice cream; and the Bacon and Bourbon – Bacon-flavoured ice cream with a crispy bacon garnish and shot of Bourbon to chase. 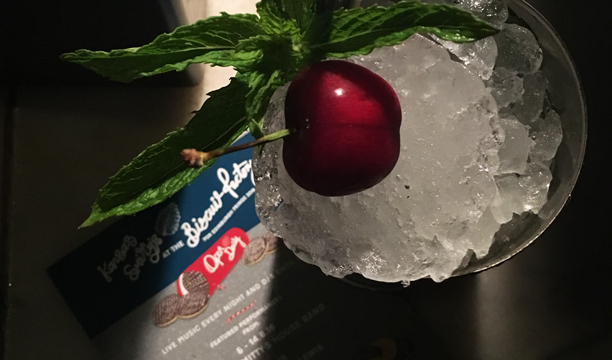 On Thursday Kansas Smitty’s hosted its Edinburgh Fringe Press Preview for an evening of delicious Bourbon cocktails and live jazz music. Guests sipped on Smitty’s Jim Beam Double Oak Juleps while enjoying performances from the hugely talented Kansas Smitty’s House Band – who will be bringing a series of late-night jazz raves to the Fringe Festival in August – and a special guest performance by singer Natalie Williams. 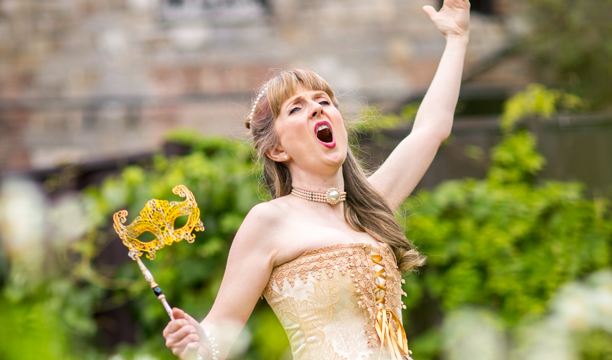 Diageo Ireland brought the Liberties Festival to life at St. James’s Gate with a surprise performance by two of the Festivals top acts, Irish soprano Sandra Oman and poetician John Cummins on Thursday. The performance, exclusively for Diageo employees, comes ahead of the festival which opens on 18 July. Diageo Ireland is the primary commercial sponsor of the eclectic festival, now in its 46thyear. 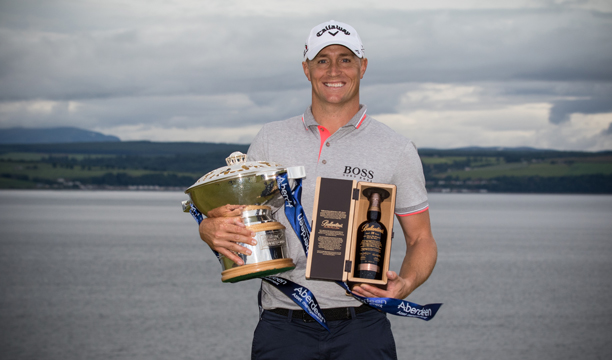 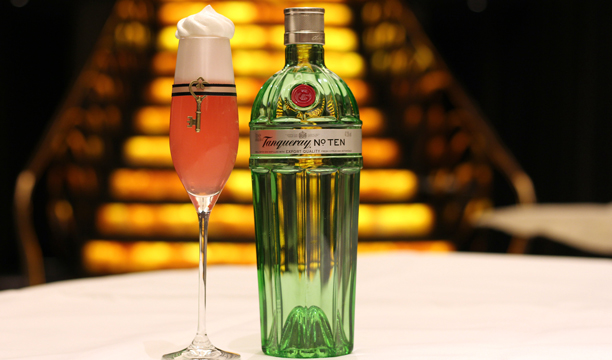 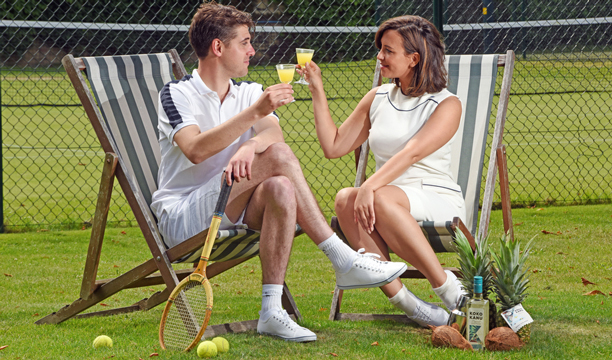 Koko Kanu Jamaican rum started a petition to name the Wimbledon men’s singles trophy the ‘Pina Colada Cup’, in celebration of Pina Colada Day last Sunday. Inspired by the its most notable feature – a pineapple sitting on the very top – the brand hope to give the cup “a more catchy name” than its current title. The petition will remain live until Wimbledon 2017. 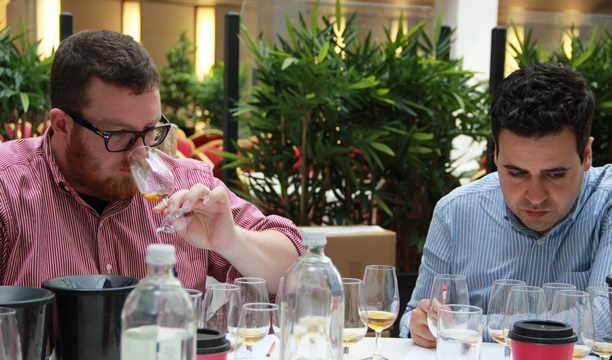 On Tuesday, SB hosted the Irish, American and World Whiskey Masters 2016 blind tasting competition at Bright Courtyard on Baker Street. Two panels of expert judges assessed each entry on aroma, flavour and balance, rewarding the best whiskies with a coveted Silver, Gold or Master medal. The results will be published in the August edition of The Spirits Business. 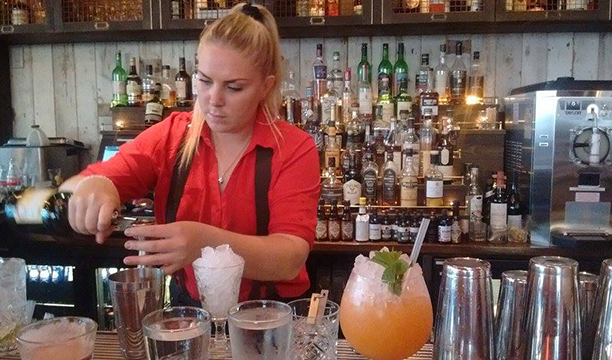 SB‘s Amy Hopkins and db‘s Lucy Shaw headed east to the Big Easy in Canary Wharf, London, to experience the bar’s partnership with leading New York bar Dead Rabbit, called Dead Easy. The partnership has seen Dead Rabbit cocktails make their UK debut as a number of the NY venue’s bartenders take up a residency at Big Easy. The Rumble in the Tumbler menu consists of cocktails from both bars. The excellent Madeleine Rapp from Dead Rabbit expertly served up a number of delectable drinks – the Down & Out and Pub Thug come highly recommended – while we also enjoyed a range of bar snacks. The Voodoo Shrimp is a must! 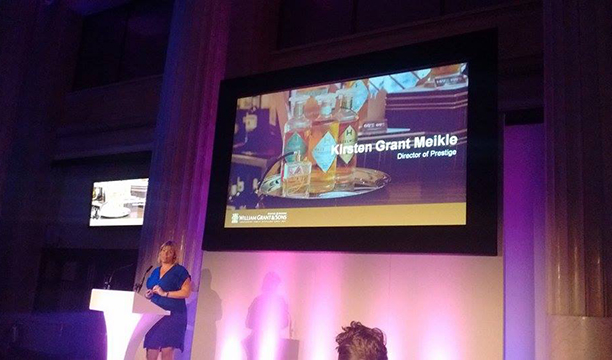