2015 proved a mixed year for vodka, with a handful of brands flourishing while others succumbed to geopolitical and economic pressure. But which were the world’s biggest sellers?

A perfect storm. A potent cocktail. Whatever you might call it, the global vodka category has struggled and suffered over the past few years as a toxic hangover brought on by political tensions, financial hardship and that flavour fall-out continued to kick in.

The beleaguered markets of Eastern Europe and Russia bore the brunt of the declines, with Euromonitor figures pointing to steep 5.2% volume declines in 2014-15. But the malaise caught on, with all markets affected to varying degrees.

But what did the downturn mean for brands? In many markets, the misery rumbles on. More than half of the million-plus nine-litre case selling brands analysed in The Brand Champions 2016 registered volume declines. Yet despite the continued struggle, double digit growth can still be found, including in this round-up of the world’s best-selling vodka brands. 2015 marked something of a change in fortunes for Bacardi-owned Grey Goose. A super-premium pioneer, the brand managed to remain buoyant through 2014, the year which perhaps had the greatest impact on the vodka category overall, as economic and geopolitical headwinds blew strong across the crucial Russia and Eastern European region. While it hasn’t lost all ground gained on its competitors during that period, Grey Goose did see volume sales slip back -1.25% in 2015. Cue a renewed marketing push in 2016 to recoup sales, including the multi-continent “Extraordinary Summer” campaign. Despite its stutter, the losses were minimal compared to plummeting volumes witnessed by other vodka brands.

Gruppo Campari’s Skyy brand proved quite the enigma in 2015. While the continued flavour fall-out has seen many makers back track as quickly as possible from the sub-category, Skyy has remained resolute in its flavoured drive – and has witnessed a 2.6% volume uplift in the process. 2015 opened with blueberry and grapefruit variants, followed by a cocktail-inspired range in April. Cranberry came next in time for Christmas, with Infusion line extensions continuing into 2016. Perhaps most impressive, given the backdrop, Gruppo Campari’s full year results showed Skyy posted organic value gains of 2.9% in 2015. Don’t write off flavoured vodka just yet. 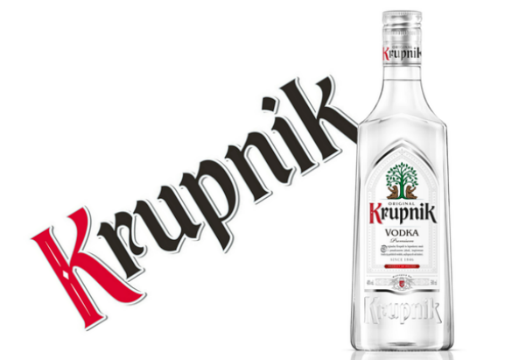 As parent company Marie Brizard Wine & Spirits (MBWS) excelled in its “ambitious” turnaround plan, so too did Krupnik in terms of volume growth. Soaring four places in our best-selling list and adding some half-a-million extra cases to its total output, Krupnik’s rebound from its 30% losses in 2014 is nothing short of astounding. Said to be the number one vodka in its native Poland, the rebound is even more remarkable given MBWS’s claims in November 2015 that it was facing “blackmail” from its bottling firm which was understood to have hit sales. 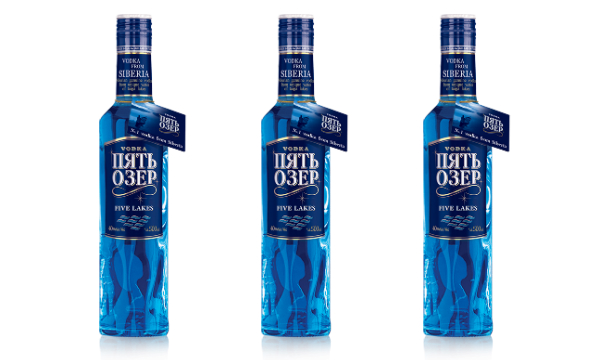 Alcohol Siberia Group’s beleaguered Russian vodka brand Pyat Ozer – or Five Lakes – saw no end to its troubles in 2015. From almost 7 million cases in 2012, sales plummeted as Russian vodka’s domestic market struggles took hold. The losses accelerated in 2015 reaching -23.22%, significantly outpacing the 14% slide reported the previous year. With the oil price collapse in 2016 further complicating the Russian economy, it seems unlikely growth will return to the brand any time soon. Despite failing to match its 5% volume gains recorded in 2014, Constellation Brands Svekda still managed to climb a place in the Brand Champions standings, notching up 2.49% growth in the process. Flavour extensions from the Swedish brand were cited by Constellation in its 2015/16 full year results as a contributor to the “solid growth” seen across the spirits portfolio, and 100 proof variants, launched in the US in March 2015, were seen to tap into consumer demand for genuine innovation. A success story all round. 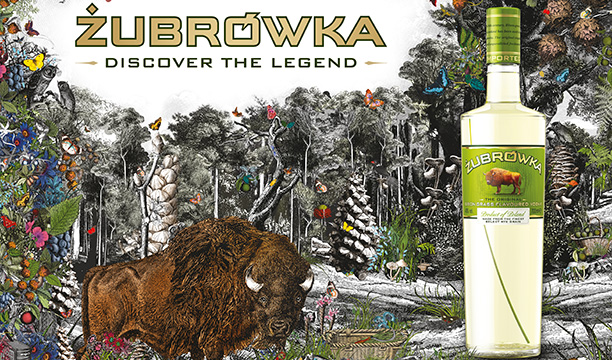 2015’s Vodka Brand Champion Żubrówka continues its disruptive growth, notching up 18.73% gains – and adding almost one million extra cases – in just 12 months. Just what is the secret behind the Roust brand’s stunning success? The brand’s premium positioning with the added bison grass USP enduringly resonates with an international audience, and in letting its Polish roots shine through, authenticity remains high. With line extension Żubrówka Black entering the market in early 2016, one can only assume the emphatic growth will continue. 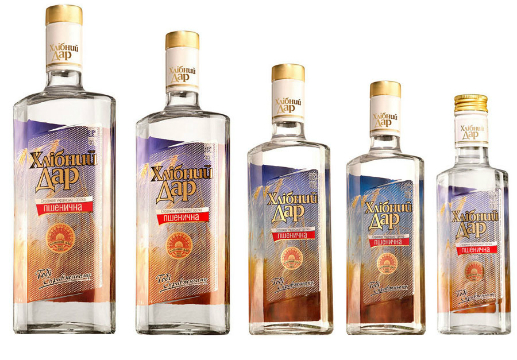 Brand Champions debutant Khlebny Dar now ranks the fourth largest vodka brand in the world. Founded in 2002, the brand name literally translates as ‘bread gift’, a reference to the cereals used in production. Despite its collection of line extensions and infusions – featuring raw ingredients as diverse as germinated seeds, cumin and wheat crackers, the brand saw volumes slide 3.97% in 2015, a reflection of the financial strife that persists in native Ukraine. 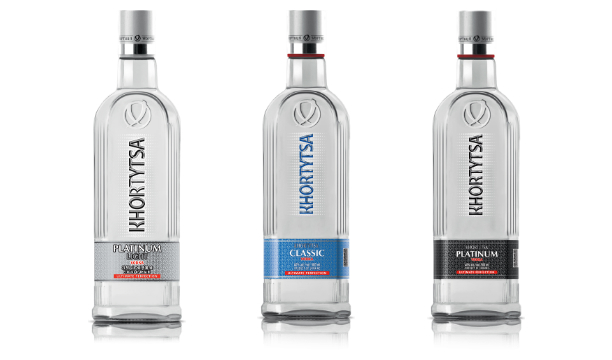 Fellow Ukrainian vodka and Brand Champions newbie Khortytsa fared better than Khlebny Dar in 2015, with volume sales reaching an impressive 7.29 million cases.  Available in three variants – Classic, Platinum and Silver Cool – plus a handful of flavour extensions, the Global Spirits-owned brand prides itself on its “absolute quality” and water processing: a “unique system of chemically inert filters, reverse osmosis and water structuring”. The third biggest brand in the world, Khortytsa now distributes its products in 85 countries around the world. 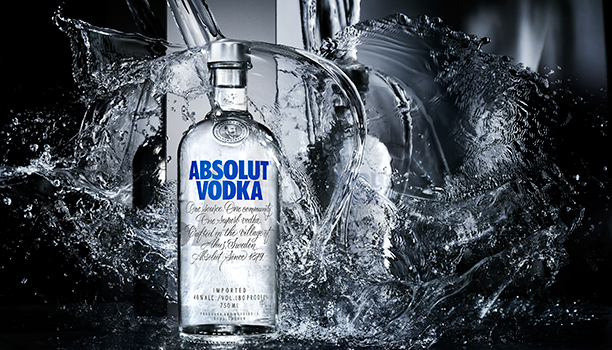 2014/15 was a miserable year for Absolut, the second largest vodka brand in the world. Parent Pernod Ricard took a €404 million impairment charge as the brand continued to struggle in its key US market, while the brand’s global volume sales slipped 0.9% for the full 2015 calendar year, according to Brand Champions figures. In order to claw back growth for Absolut, Pernod Ricard revealed plans to focus on the development of super-premium ‘single estate’ brand extension Absolut Elyx. Having evaluated the 2015 performance, Pernod CEO Alexandre Ricard said the company is “in line with its ambitions” to stabilise Absolut in the medium-term, blaming the brand’s decline on a surplus of flavoured releases and pricing dilemmas. The question: will 2016 see Absolut’s fortunes reverse? The unpredictable vodka market can be tricky to call. 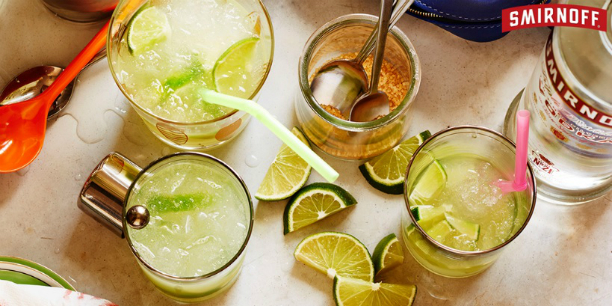 The largest vodka brand in the world scooped the Vodka Brand Champion accolade in 2016 – but not for the obvious reasons. Following three years of losses, the brand finally returned to growth. A 0.78% increase might seem modest, but consider that vodka represents 12% of Diageo’s total portfolio and the gain becomes significant. “[Let’s] clear something very important up, yes we and vodka got lazy, we made mistakes,” global brand director Matt Bruhn said at a conference in November 2015. “We stopped bringing on new consumers, stop challenging the market and offering new experiences for new occasions.” Whatever the reasons behind the three years in the wilderness, Smirnoff is back in growth. And in a market as volatile as vodka in 2015, that deserves a toast.