An ultra premium British vodka, Baileys’ “innovation in drinks alchemy” and Brown-Forman’s first Bourbon release in 20 years are among the spirits industry’s most interesting new products.

Courvoisier celebrated the grand opening of the Eiffel Tower in 1889 with a NAS Cognac, while Olmeca Altos Tequila launched an Añejo expression in collaboration with US bartender Charles Joly.

Douglas Laing & Co boasted “the best that the East and the West of Scotland have to offer” with its newest Lowland Scotch whisky, and across the pond the US welcomed its “first” bacon-infused Bourbon.

Looking at those which were made available on the market, as well as those which were unveiled to be released at a later date, this is our round up of the top 10 spirit launches in April 2016. 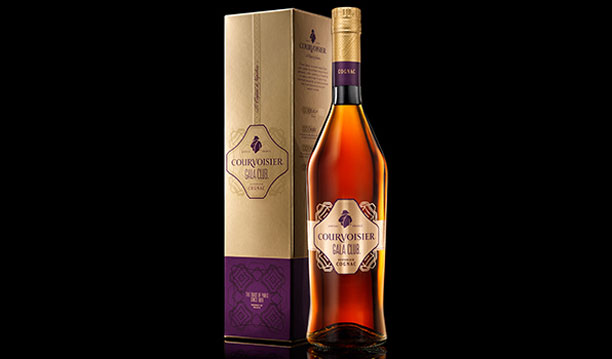 Continuing Courvoisier’s brand revamp under the Paris Golden Age theme, in April Beam Suntory introduced Courvoisier Gala Club, a no-age-statement Cognac expression developed to celebrate the grand opening of the Eiffel Tower in 1889. Named after the original club at the top of the tower, Gala Club is a blend of Cognacs aged between four and eight years from a variety of crus, including Fins Bois and Petites Champagnes. The liquids are first aged in oak casks, and then married together to offer “sweet fruity notes and [a] lingering velvety finish”. 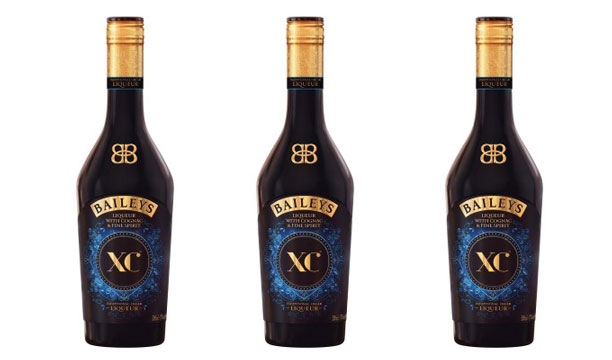 Described as an “innovation in drinks alchemy”, Diageo Global Travel and Middle East last month unveiled travel retail-exclusive Baileys XC, a blend of Cognac, “fine spirit” and cream. The expression has been formulated to offer a “new taste experience” in the liqueur category, and has been made available through Gebr. Heinemann before it launches across all travel retail markets from June 2016. Planned activations include pop-up retail experiences, retail furniture and display units featuring “Parisienne styling”. 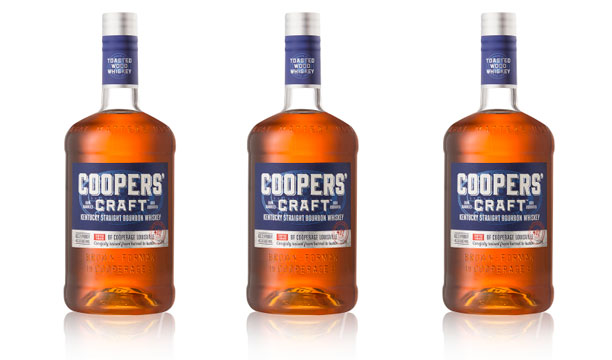 Described as a “celebration of barrel-making”, the new expression is Brown-Forman’s first Bourbon release in 20 years. Coopers’ Craft is matured in barrels created at the Brown-Forman Cooperage and is filtered using a special beech and birch charcoal filter finishing process. The release also marks the company’s position as “the only major distiller that owns its own new barrel cooperage”, which was first established in 1945, as “the result of decades of experience in mastering barrel-making”. 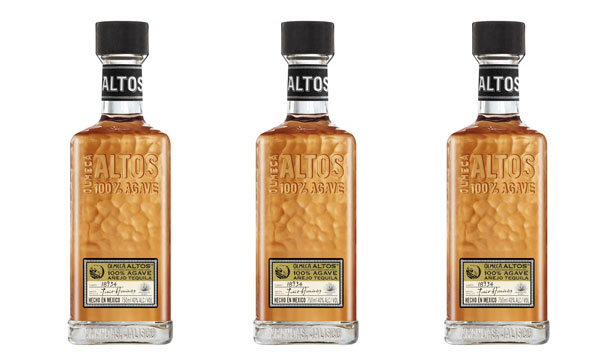 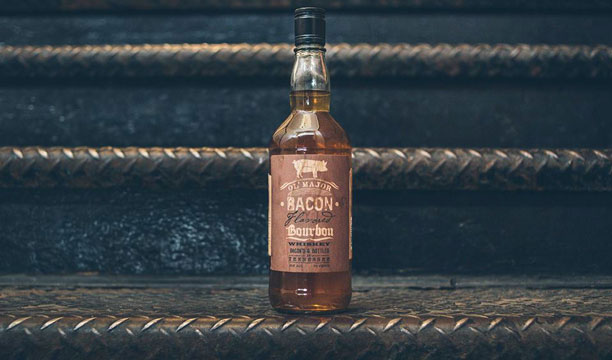 Last month the US welcomed its “first” bacon-infused Bourbon expression, called Ol’ Major Bacon Bourbon. The new variant is “gently” infused with bacon using the process of pressure infusion to combine the flavours of bacon and Bourbon together. The expression came to exist thanks to Nick Chen, chief of staff at Branded Spirits USA, who was inspired to create the flavour after sampling a bacon Bourbon cocktail. 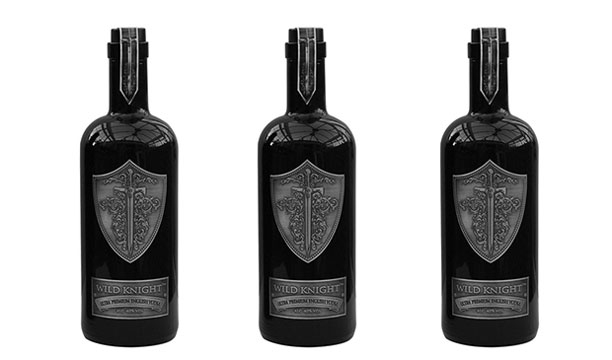 The ultra-premium, small batch British vodka has hit the market in a bid to “rekindle the nation’s love affair with vodka”. Described as smooth, soft and slightly sweet with a long finish, Wild Knight is single-distilled and made from English barley grown in Norfolk and water from ancient chalk aquifiers found in the East of England. 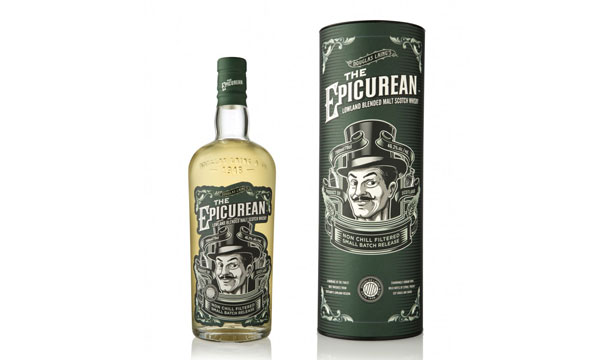 Pipped as “the best that the East and the West of Scotland have to offer”, Lowland expression The Epicurean was launched by Douglas Laing & Co to complete the company’s Remarkable Regional Malts collection. Named in homage to a charismatic character from 1930s Glasgow, the expression is said to be barley-rich, citric, floral and herbal on the nose, with crunched sugar, burnt citrus, mixed spices, thyme, peaches and hard candy on the palate and a “gristy style” finish. 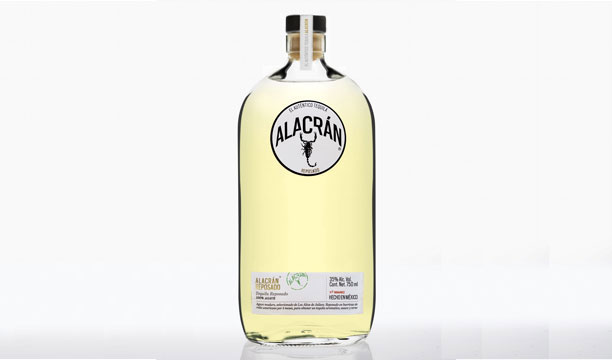 Made from 100% blue Weber agave harvested in the Jalisco highlands, new Alacrán Reposado is matured for four months in American oak barrels. The ultra-premium expression is said to offer notes of caramel, oak and vanilla, and is presented in a clear glass bottle to exhibit its “bright golden” hue.

French Alps-based distillery Domaine des Hautes Glaces launched an aged version of its organic Vulson White Rhino Rye made from malted rye grown on-site at the distillery’s farm. Vulson Old Rhino Rye has been matured for one year in French new oak casks and three years in Cognac casks, and is said to have a “very mineral taste” with spicy notes of gingerbread. 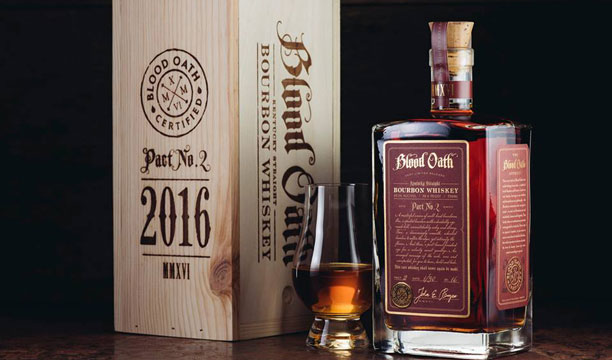 This is the second variant in Luxco’s limited edition ultra-premium Bourbon series, Blood Oath. Pact No. 2 is a blend of three “carefully selected” whiskies from the St. Louis-based distillery, and comprises a seven-year-old expression aged in Port barrels, and two 11-year-old whiskies: one a wheated Bourbon and the other a rye Bourbon.