With demand soaring and tangible increases in both volume and value, the Cognac category seems to be striding towards recovery. As momentum builds, which expression should be your go-to tipple?

The Spirits Business held its annual Cognac Masters last month, where an experienced panel of judges recognised the best bottlings in the business.

Looking across multiple categories, from VS Premium and XO Single Cru to Single Vintage, a wide range of Cognacs were awarded the top accolades of Master and Gold medals for their quality.

While some expressions are not standard priced, our judges have given each Cognac listed here the seal of approval for offering excellent quality within their respective price categories.

Click through to the following pages to view the top 10 best value for money Cognacs of 2016. 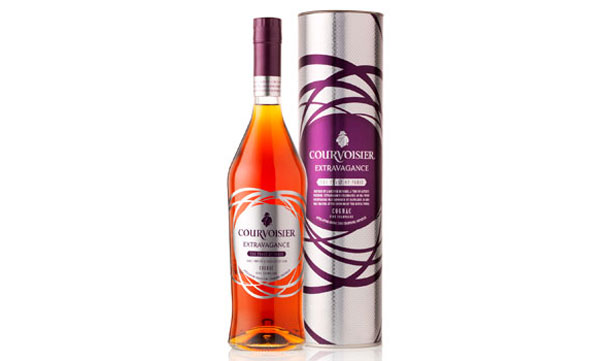 A blend of Grande and Petite Champagne grapes, Courvoisier Extravagance pays homage to the first Napoleon-quality Fine Champagne Cognac produced by the house during the early 1900s. The travel retail-exclusive expression is intended to embody the Cognac house’s “luxury French credentials” and bridge the gap between its VSOP and XO Cognacs
Price: €89
Producer: Beam Suntory 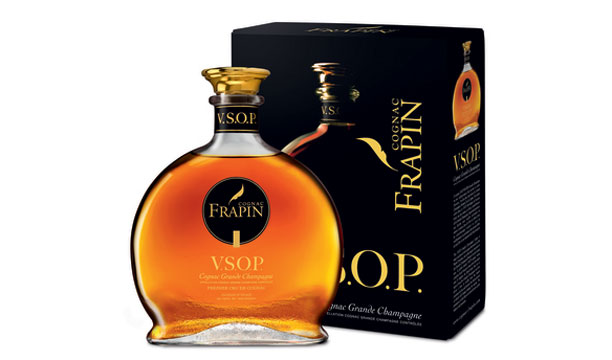 Produced exclusively from the wine-making estate at the centre of Cognac’s Premier Cru, Cognac Frapin VSOP is described by cellar master Patrice Piveteau as “the quintessential expression of the Frapin style”. Aged in Limousin oak barrels, the expression is said to be “complex, fruity and floral, with discreet notes of vanilla”, on the nose, and on the palate “harmonious and balanced”. The finish is spicy with notes of cinnamon and pepper. Our panel found it to be a “very well balanced, modern, fruit-driven Cognac”.
Price: around £50
Producer: Cognac Frapin 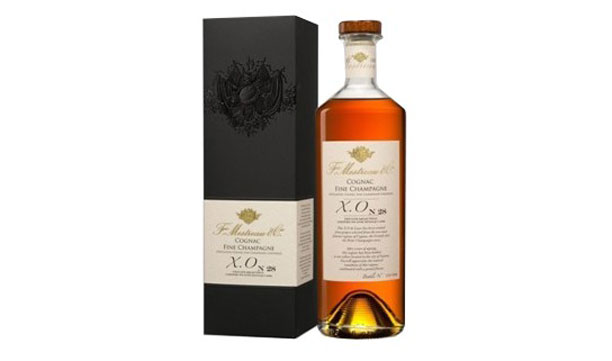 The house of Frédéric Mestreau was first founded in 1808, and produced Cognac until 1919. Almost a century later, Guilhem Grosperrin was presented with the opportunity to purchase 250 bottles of early 19th century Cognacs from the personal collection of Abel Mestreau, and, with permission, he resurrected the brand. Mestreau XO N°28 is made using grapes from Grande Champagne and Petite Champagne, considered to be the two most prestigious regions of Cognac. Our panel hailed it “a very fine XO – great for sipping”, identifying notes of mango, leather and polished wood.
Price: around £80
Producer: La Gabare SA

As with all Ferrand Cognacs, Sélection des Anges is created exclusively using produce from vineyards on the Angeac terroir in the heart of Grande Champagne, considered the Premier Cru de Cognac. On the nose, the expression is said to offer notes of jasmine tea, honeysuckle and walnut, followed by oaky vanilla, chocolate and a hint of curry, while on the palate it has candied citrus, saffron, ginger, honey, clove, licorice and cedar. The expression is named after the “Angel’s Share,” the Cognac that’s lost during aging through evaporation, and was awarded a Gold medal by our esteemed panel.
Price: around £95
Producer: Maison Ferrand 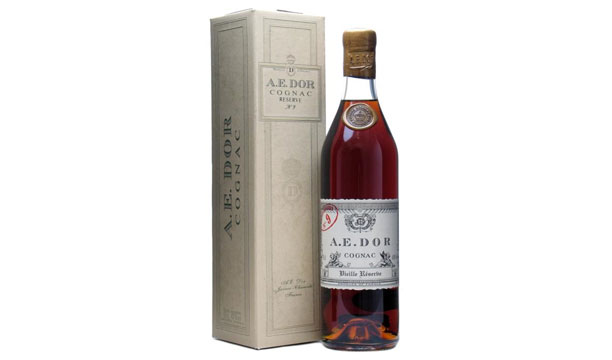 Voted a Master medallist in the Cognac Masters 2016, this very limited release is a blend of 80% Grande Champagne and 20% Fins Bois. The spirit matured for half a century in oak barrels before being transferred into demijohns and sealed with wax in 1964, once it reached the minimum legal strength of 40% abv. It is said to have floral notes with moss and a touch of apricots. This “beautiful, soft” expression won high praise during the blind tasting for its “elegant and complex” nature.
Price: €1,278
Producer: Maison A.E.Dor 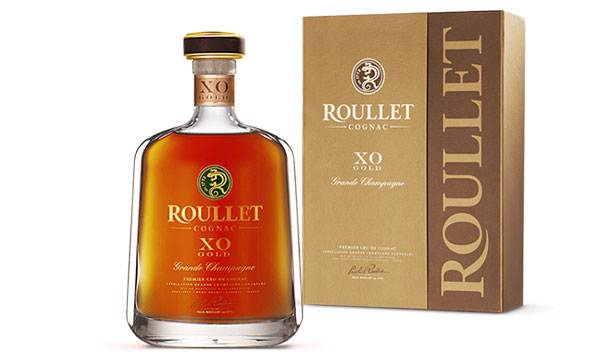 The history of Roullet Cognac House dates back to the 18th century to Foussignac, located to the north of Jarnac in the Cognac region, where Paul Frédéric Roullet founded the Cognac house in 1780. Rich in history, the house was amongst the first to sell Cognac in glass bottles in Paris, and was also one of the suppliers of the armies of Bonaparte and Napoleon. This particular expression has been aged for more than 16 years in Limousin oak barrels, and boasts rose, vanilla, dried fruit, almond and orange peel on the nose, while the palate is “round with soft tannins”.
Price: variable
Producer: Les Vignobles Réunis-Roullet 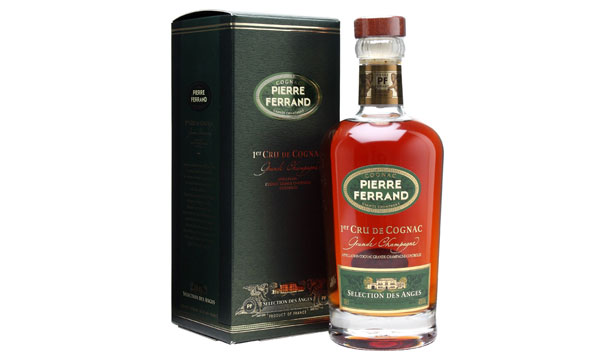 This “simple but delicious” Cognac was awarded a Master medal. Judges felt the expression could happily be enjoyed by itself, but would also enhance a cocktail. On the nose it offers rose, violet, fruity plum and apricot, before opening up to notes of sweet apple and pear pastries. “Fresh and well-balanced” on the palate, Pierre Ferrand Ambre has a tasting profile of 10 years, and is the youngest expression in the Pierre Ferrand range.
Price: around £35
Producer: Maison Ferrand 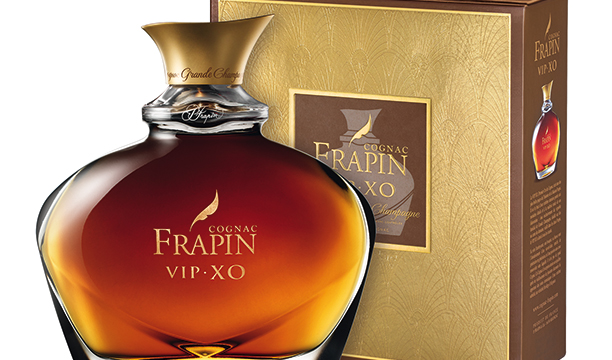 Made from old reserves from the Frapin family, Gold medallist Cognac Frapin VIP XO was found to be “brilliant” and “fragrant” by our judges. The Cognac boasts mirabelle plum and nutmeg on the nose, and a “long finish” with notes of dried fruits and hazelnuts. “This is a rich, complex and evolving Cognac in which everyone will find their own aromatic references,” said Patrice Piveteau, cellar master.
Price: around £180
Producer: Cognac Frapin 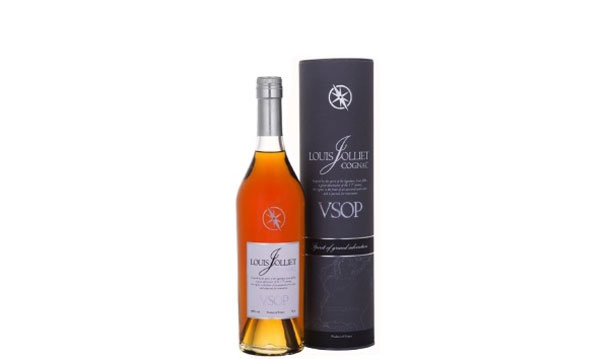 Master medallist Louis Jolliet VSOP was a “noble, mature” expression that judges felt was “exactly what you want from a VSOP”. Deemed “a great sipping Cognac”, the expression is named after a French Canadian adventurer from the 17th century, known for his discoveries in North America, and is intended to capture “a passion for innovation”.
Price: approx £30
Producer: A. de Fussigny 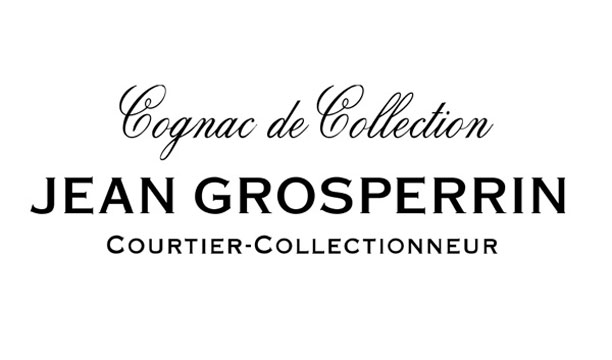 The Borderies collection was formerly owned by an 80-year-old couple, and come from the same property, were distilled in the same still and stored in the same ageing cellar with no electricity for many years, before they were sold to Jean Grosperrin. Borderies N°48 truly excited the panel’s palates during our blind tasting competition. An “excellent” Cognac deemed to be “incredibly complex”,  it scored a Gold medal along with three other Jean Grosperrin offerings.
Price: variable
Producer: La Gabare SA