The company started integrating World Duty Free in Q1, a process the retailer says is “proceeding according to plan”.

“We had a good start in 2016, with the continuation of the improving organic growth trends we started to see in Q4 2015,” said Julian Diaz, Dufry Group CEO.

“Europe had another strong quarter and countries impacted by Brazilians and Russians continued to recover. Overall we saw improvements as we were expecting when comparing to previous quarters. This confirms our view that organic growth will see a gradual improvement along the year and will end up positive for the whole year.”

Central and Eastern Europe saw underlying growth of 3.4%, with turnover reaching CHF 427.6 million. With the exception of Eastern Europe, most operations performed well supported by “solid growth” in passenger numbers.

The business across Asia, Middle East and Australia saw underlying growth of 0.1%, but turnover increased from CHF 137.0 million to CHF 187.2 million. The Middle East and India “did well”, with Jordan and Sri Lanka named “best performers”. In Southern Asia, South Korea did “extraordinarily well” and mitigated lower trading seen in China.

Reported turnover in Latin America reached 351.8 million, up from CHF 327.1 million, but local currency devaluations saw underlying growth sink to -13.1%. The Argentinian peso’s 66% year-on-year fall impacted sales in the country, however Brazil saw “gradual improvement” based on the stabilising real.

Underlying growth in North America reached 4.9% with turnover up from CHF 267.1 million to CHF 367.3 million. Hudson and other duty paid concepts drove growth, while the strength of the US dollar boosted business in Canada, but the opposite effect was seen in the US.

Regarding the remainder of the financial year, Diaz stated: “One of the priorities for 2016 is the integration of World Duty Free. Most of the planning phase is already completed and we are already executing on the several action plans. The initial synergy targets remain unchanged at EUR 100 million.
“We believe that there will be volatility in some markets but provided that currency levels remain relatively stable, we expect overall improving performance. As for developed markets, Southern Europe – particularly Spain, Greece and Italy – report record numbers of bookings and we expect to have a very strong performance in those markets along 2016.” 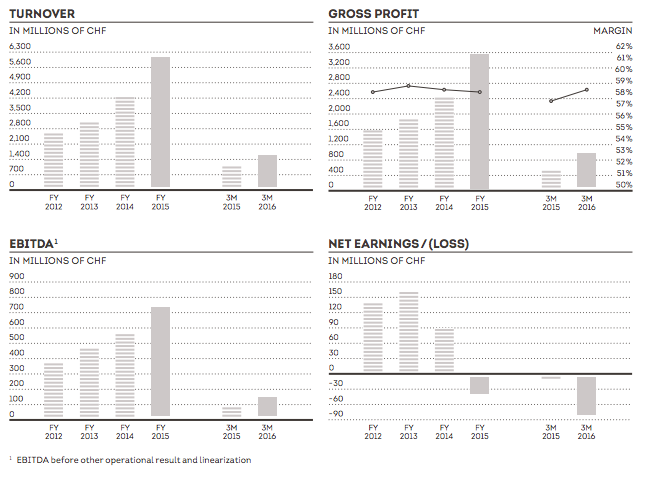 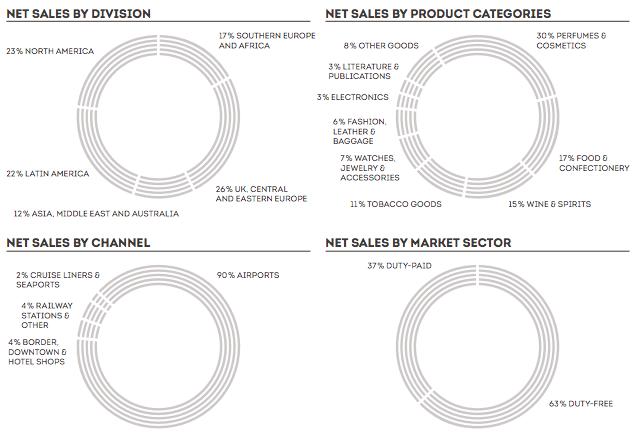 In its 2015 full-year results, Dufry saw turnover increase 46.3% but organic growth slumped -5.3% due to currency volatility.