Whether launching new spirits or executing distillery expansions, the spirits industry has certainly enjoyed its fair share of achievements when it comes to crowdfunding – and for every sensible endeavour there are a variety of unconventional ideas also calling for backing.

Thanks to tech-savvy entrepreneurs, drinks enthusiasts can now sip cricket bitters, craft sci-fi inspired cocktails and check the time on a wristwatch made from reclaimed whiskey barrels.

From the “world’s first edible alcohol shop” to a “game-changing” whisky glass, the potential for innovation has never been so vast.

Click through the following pages to discover our pick of some of the most unusual crowd-funded spirits projects launched in recent years. 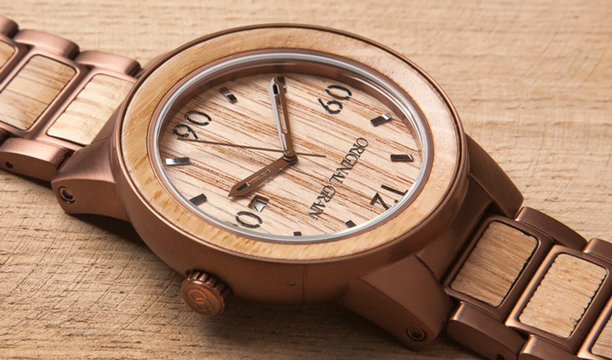 The design of the watches are “inspired by the barrels themselves”, from small “rivet” detailing which is intended to resemble the steel bands which hold the barrel together, to an inlaid case and band around the dial.

A statement on Kickstarter reads: “For centuries American Oak has been the ideal wood for making whiskey barrels… And there’s a reason for that. Oak is extremely durable and provides the unique characteristics required for storing bourbon. We found the same to be true in our watches.” 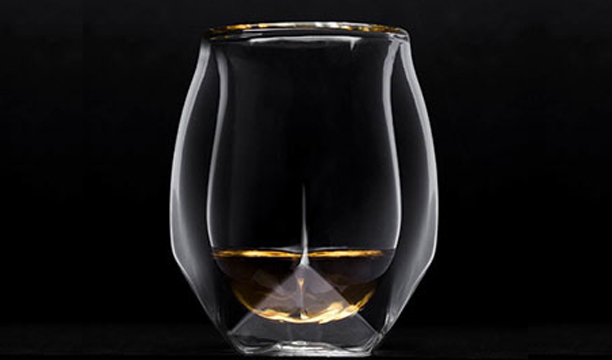 Described as a “hybrid” of the traditional nosing and tumbler glass designs, which Norlan claims leave “key deficiencies” for whisky drinkers, the innovative glass uses “digital technologies” and a “double-walled” glassblowing technique to bring together the positive qualities of both glass types, and improve on scent delivery.

A statement on Kickstarter reads: “By marrying a scientifically performing inside with an aesthetically beautiful outside, our glass is designed to capture whisky’s complex perfumes and deliver them to the senses better than any existing product.” 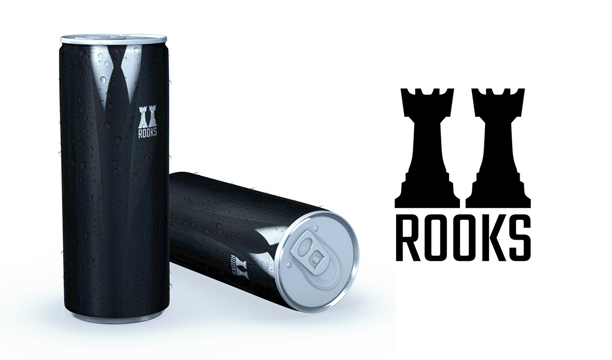 A “refined version of an aged old cola recipe”, Two Rooks is marketed as “anti-hangover mixer for your alcoholic spirits”.

“Pumped” full of electrolytes to keep imbibers hydrated, the drink boasts 20% less sugar per can than Pepsi and has “its own unique taste”.

A statement on Kickstarter reads:”Let’s be honest, those furry teeth and chronic hangovers due to the amount of sugar in stock colas, RTDs and postmix cola’s is a state none of us want to be in on Monday morning.

“We wanted to produce a refined version of an aged old cola recipe and take it that little bit further. We decided to bridge the gap in the market and create a high quality mixer designed to serve and enhance top shelf whiskeys, Bourbons, vodka’s etc.” 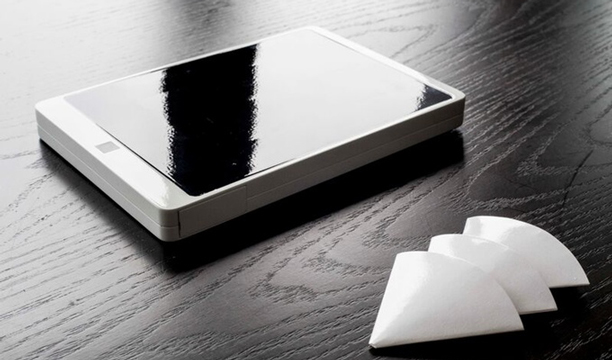 “Hidden flask” device StashPad is designed to look like a tablet computer with the screen turned off. Described as “the trailblazer of all flasks”, the device is equipped with a switch on the top which opens and closes a secret filling port, and features a hidden compartment which will carry up to four cigarettes.

The team behind StashPad – who also launched a smartphone-shaped flask called iFlask in 2015 – fell short of their US$10,000 funding goal on Kickstarter, raising a total of US$6,380. 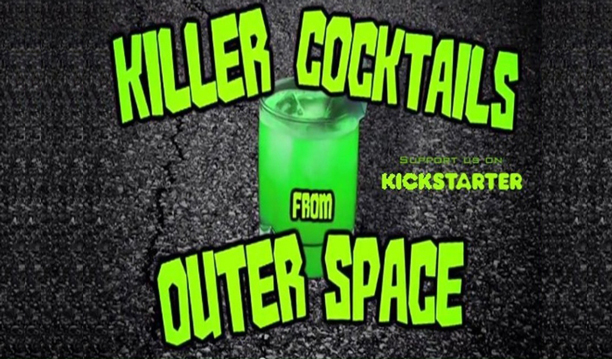 The science fiction-inspired cocktail book, by Steve Wollet, contains more than 100 cocktail recipes inspired by works of science fiction, including Star Wars, Star Trek, Babylon 5 and Farscape, as well as a number of other television shows.

It followed the launch of his horror-inspired Blasphemous Cocktails book in 2013, which alludes to work by writers including Stephen King, H.P. Lovecraft and Clive Barker.

Wollet set up a Kickstarter to raise US$2,500 for printing costs, but cancelled the campaign after reaching US$896. 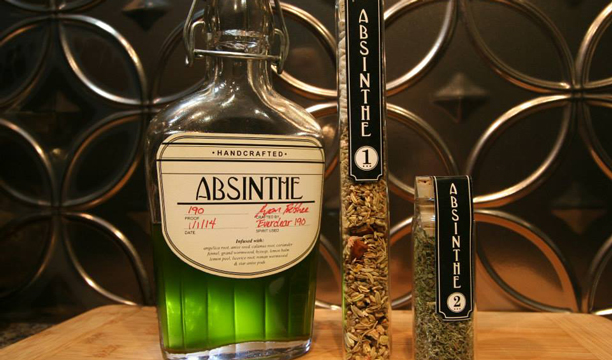 The spices allow consumers to “turn vodka into gin, Everclear into Absinthe and infuse Bourbon or rye into a ready-to-drink Old Fashioned cocktail” in just a few hours.

A statement on Kickstarter reads: Transforming neutral grain spirits into your favourite infused alcoholic drink is as easy as mix, shake, wait, strain and enjoy. On average you can make our botanical blends in eight to 36 hours.

“Experimenting with the flavour is part of the fun of infusing. We encourage trying different base spirits, playing with the length of brewing time and sweetness of each botanical blend.” 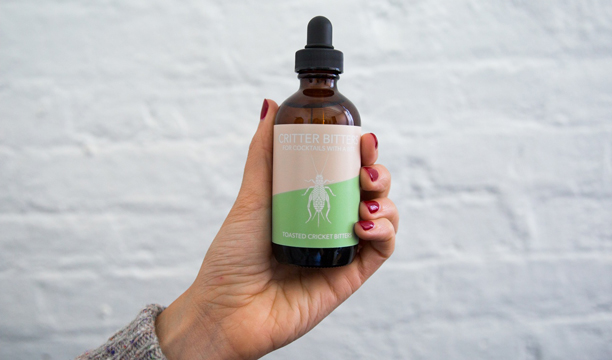 Touted as cocktail bitters “with a bite”, Critter Bitters are made with toasted crickets to add a “sweet, nutty note” to drink, and are available in  two flavours – Toasted Cricket Bitters and Pure Cricket Tincture.
A statement on Kickstarter reads: “Drinking cocktails won’t save the world, but eating insects might. Over two billion people around the world already eat insects regularly, but for those of us who don’t, the idea might be hard to swallow. Critter Bitters take the ‘ick’ factor out of eating insects.”
A total of 464 backers pledged US$25,477 of the company’s US$21,000 goal.
For more information, click here 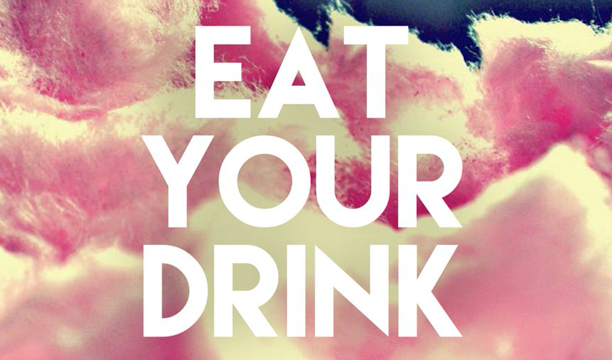 The concept took “elements of elegant cocktails” and combined them with “playful confectionery” to allow imbibers to “smell, eat, touch or catch” their cocktails.

After raising £23,253 of their £23,000 target, the duo extended the campaign in a bid to bring a secondary pop-up to the city on Valentine’s Day. 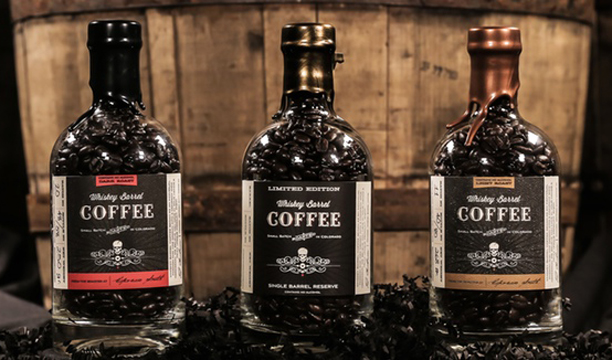 The Colorado-based business aims to “change the coffee experience” with its barrel-aged coffee, produced using green Vitoria Estate beans – the top 1.5% of all of the beans from a local coffee farm.

The beans are placed in ex-Bourbon casks, and absorb the liquid retained by the wood to take on the flavour characteristics of the whiskey. 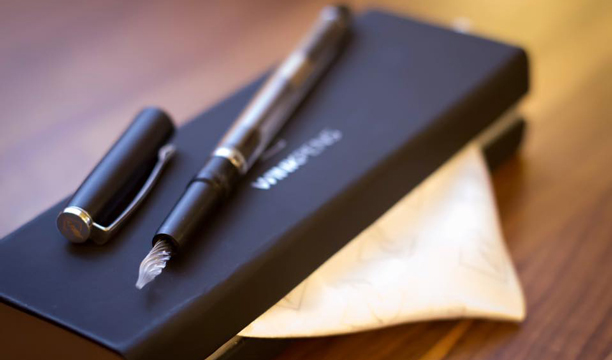 Winkpen is a refillable pen which can be filled with any liquid with a staining property, such as dark spirits, instead of ink. The device is designed to suck liquids in through the glass nib.

The ‘Wink’ branding was derived from the concept of using “wine as ink” but designer Jessica Chan suggests using any liquid that possesses a staining quality.

A statement on the Kickstarter page read: “In essence, the Winkpen was born from the desire to create a sustainable alternative to something that many of us use in our daily lives. Traditional pens are, more often than not, disposable products; once the pre-loaded ink stem is exhausted, they essentially just become empty plastic cases that inevitably wind up in a land-fill somewhere.

“With the Winkpen, however, an ink reload can be found right there in your kitchen.”