Hailed “a holiday in a glass”, Daniel Stanic’s cocktail, White Beach, triumphed in the Tiki Rum heat of The Wenneker Swizzle Masters.

Winning first place, the standout cocktail was White Beach by Daniel Stanic, hailed as “a holiday in a glass” by our panel.

In his entry, Stanic explained both the name and flavour profile of the cocktail are intended to conjure images of “a warm summer’s day at the beach”.

“This is a lovely creamy cocktail – a perfect after-dinner tiki pleaser,” observed Kiely. “The coconut and hazelnut combination was delicious. Despite the low rum content, it was beautifully balanced.”

Judges complimented the “beautiful aroma”, made by caramelising brown sugar in half a passion fruit shell, topped with orange peel.

Overall, our panel admired entrants’ efforts to tackle the tiki trend, but placed emphasis on the importance of the base spirit.

Summing up the day’s judging, Kiely said: “The top three winners today were definitely the standout drinks for me. A lot of today’s entrants did not use enough rum and as such the flavour was overpowered by the other ingredients. White Beach was a really delicious cocktail, perfectly balanced and a worthy winner.”

Stanic’s recipe will now go through to the semi-final in October, when all nine winning drinks from throughout the year will be recreated once more and judged against each other.

Five drinks will then be chosen to go through to the grand final in November. The bartender behind the winning recipe will be crowned Wenneker Swizzle Master 2016 and scoop £1,000.

Click through to the following page to see the winning recipes of the Tiki Rum round. 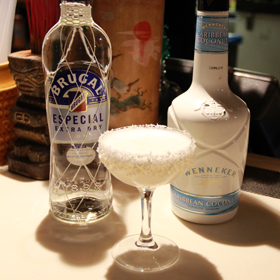 Method: Shake all the ingredients in a Boston shaker for 10-15 seconds. To garnish, rim the glass with coconut flakes and finish with grated hazelnut. 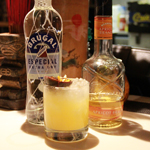 Method: Pour all ingredients except ginger beer into pre-chilled cocktail shaker. Hard shake for 6-7 seconds. Fill 3⁄4 of a pre-chilled tumbler with ice. Double strain into tumbler, add ginger beer, then stir gently for 2-3 seconds. Top with crushed ice. Fill half a passion fruit shell with brown sugar and caramelise, then add orange peel. 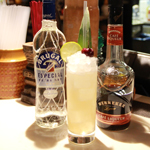 Method: Shake for 10 seconds, strain over cubed ice in sling glass or highball. Crown with crushed ice, and garnish with a lime wheel, a cherry and a pineapple leaf.