The cask sold on 27 February during Dragon 8’s Hong Kong Whisky Auction, which generated more than HK$15 million in sales and saw 96.8% of lots sold. Four other whisky casks were purchased, but The Macallan 1990 fetched the highest price.

“Bidders really recognised the quality and uniqueness of the Gordon & MacPhail Collections that were on offer, so there was heated bidding for those lots,” said Lempert‐Schwarz, founder of Dragon 8.

“All Macallan lots were ultra‐popular, as we assumed they would be. But there was a real demand for some of the smaller, increasingly collectible names, including Strathisla, Springbank, Linkwood and Mortlach. With the exception of some of the smaller Laphroaig offerings, there was solid demand for our Scottish and Japanese whisky lots.”

In 2014, a 24-year-old cask of The Macallan Scotch whisky smashed its presale estimate to fetch HK$1.952m at a Spink auction in Hong Kong. The first cask of whisky sold at public auction ­­– another Macallan – fetched HK$793,000 three months previous. 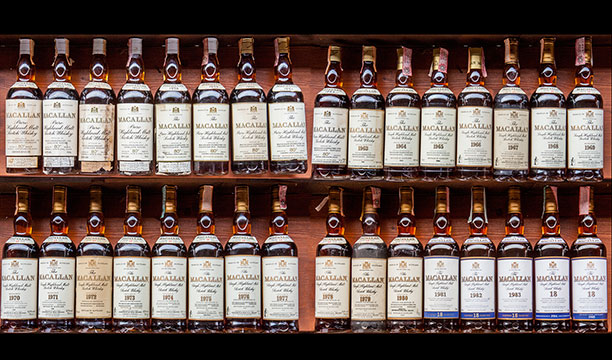