To round off 2015, spirits brands released a range of interesting expressions, including a Scotch whisky that pays homage to a romantic poet and a gin featuring a 200-year-old juniper specimen.

While Speyside Distillery celebrated the 200th anniversary of poet Lord Byron’s short-lived marriage, R&B Distillers gave Scotch enthusiasts a preview of the styles of whiskies set to be created at its still-to-be-built distilleries.

In addition, Johnnie Walker Blue Label created an airline exclusive and Utah’s High West Distillery marked the repeal of the 18th amendment with a uniquely-finished rye.

Looking at those which were made available on the market, as well as those which were unveiled to be released at a later date, this is our round up of the top 10 spirit launches in December 2015. 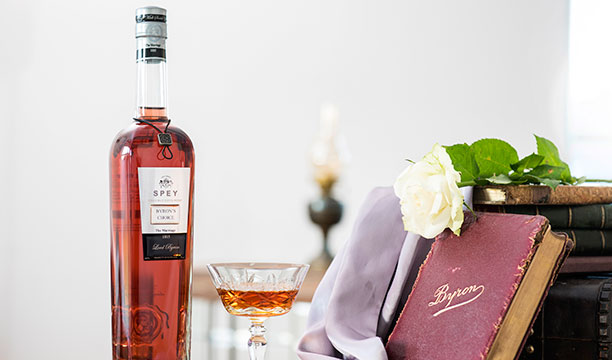 Limited edition Scotch whisky Spey Lord Byron celebrates the anniversary of the marriage of romantic poet Lord Byron and Lady Lade Annabelle Millbanke in 1815. Just 1,200 bottles of the no-age-statement Port cask-aged whisky have been launched by Speyside Distillery and are said to have a “soft, sweet toffee aftertaste”. Lord Byron’s association with Spey dates back 200 years – he is thought to have gifted a cask of Spey whisky to King George III to celebrate his union. 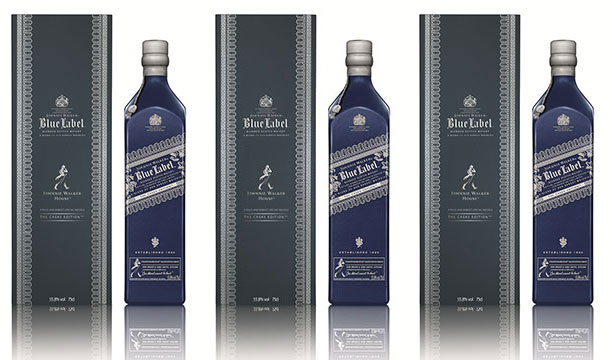 Marking its continued focus on travel retail, Diageo’s Johnnie Walker Scotch whisky launched a limited edition version of its Blue Label bottling exclusively through Singapore Airlines. The Casks Edition is described as a ‘richer and more intense’ Blue Label whisky due to its higher 55.8% abv and features a new bottle inspired by the uniform of Singapore Airline’s cabin crew. 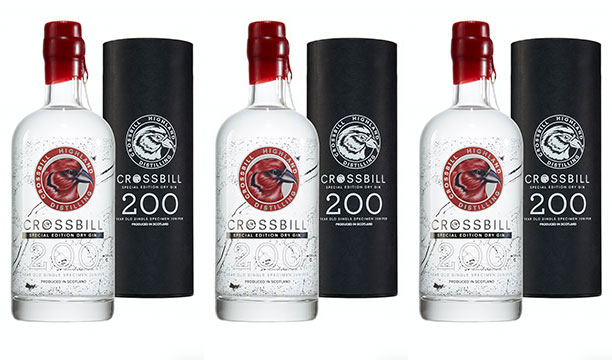 In 2014, new Scottish gin brand Crossbill grabbed industry headlines with its use of just two botanicals – locally sourced juniper and wild rosehip. The brand continued its innovation streak in December 2015 with the launch of a special edition bottling, still with just its staple two botanicals, but featuring a local specimen of juniper that dates back 200 years. After working with the UK’s Forestry Commission and Plantlife to re-establish a plentiful juniper supply in Scotland, Crossbill as access to a local patch of juniper bushes near to its distillery in Cairngorms National Park, where the specimen was discovered.

Raasay While We Wait and Borders 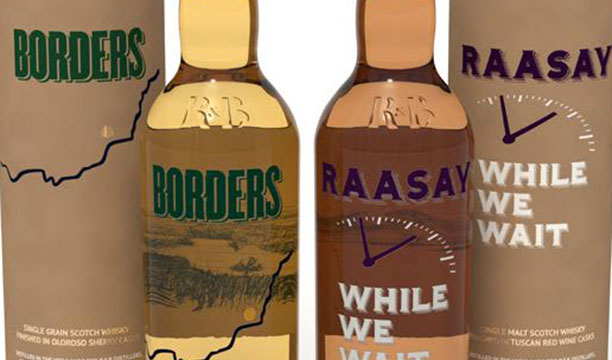 Ahead of the construction of its two new distilleries on the island of Raasay and the Scottish Borders, R&B Distillers has launched two Scotch whiskies indicative of the style of liquid set to be produced at both sites. Raasay While We Wait is a single malt whisky that uses peated and unpeated liquid originally aged in Bourbon casks, but finished in French oak Tuscan red wine casks. Borders is a single grain whisky first matured in Bourbon casks before finishing in Oloroso Sherry barrels, creating a “lighter, softer” Lowland style. It contains 50% wheat and 50% malted barley. 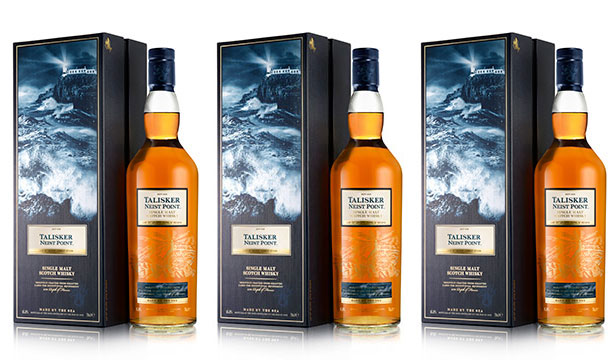 Another travel retail special, Talisker Neist Point is a no-age-statement, non-chill-filtered single malt that combines “precisely selected” whiskies with some of the Skye distillery’s “rarest and smoothest” mature stocks. Diageo GMTE said the launch “underlines” its “determination” to innovate in the duty free channel and “invest” in its malt whisky portfolio. 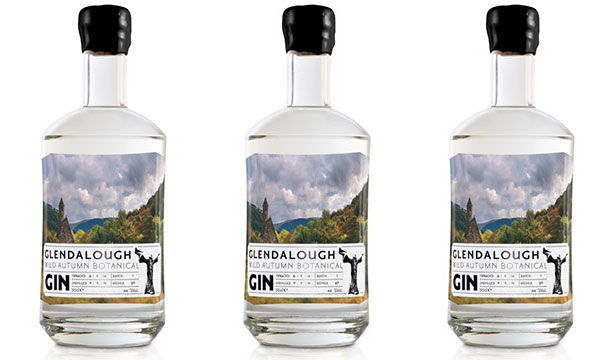 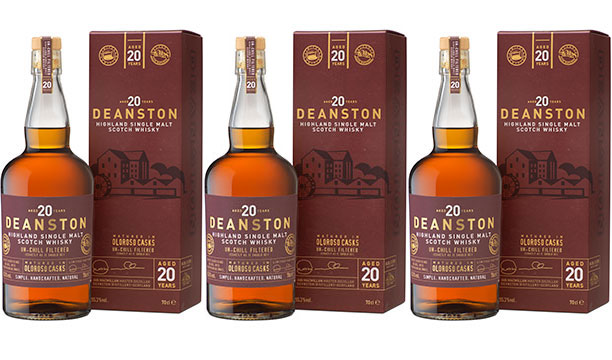 Burn Stewart Distillers extended its Deanston Highland Scotch whisky portfolio last month with the launch of a 20-year-old variant aged on ex-oloroso Sherry casks. Said to have a “rich and spicy palate” with flavours of nutmeg and gingerbread, Deanston Oloroso 20 Year Old was launched to target the festive gifting market. 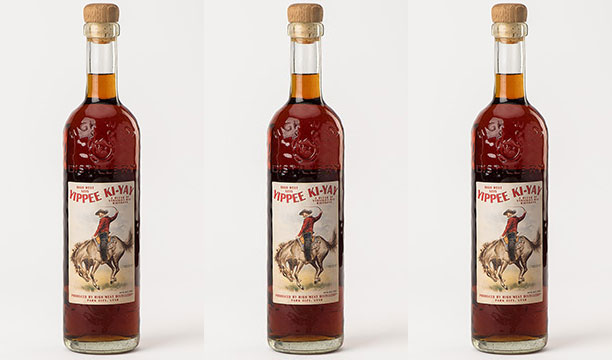 Released last month in celebration of the anniversary of the implementation of the 18th amendment, which saw the repeal of Prohibition, Yippee Ki-Yay is a limited edition rye whiskey finished in vermouth and Syrah barrels. Produced by Utah’s first legal distillery since 1870, High West, the whiskey is the result of giving High West Double Rye whisky a unique finish. It is said to have a flavour of herbs, cinnamon and blackberries. 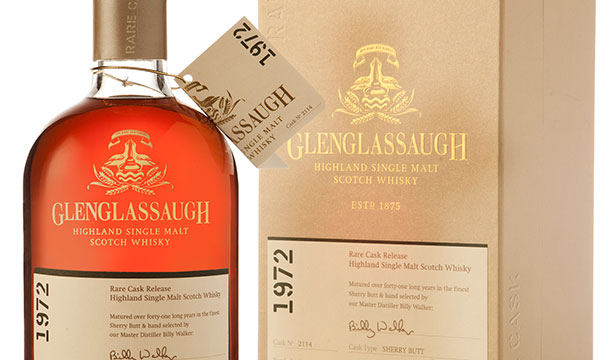 December also saw the launch of Glenglassaugh’s second batch of Rare Cask single cask bottlings, all aged from 36 to 42 years. The eight-strong range consists of “single cask treasures” that were “uncovered” from a warehouse at the Portsoy distillery. Cask number #2125, the oldest in the batch at 42 years, was distilled in October 1972 and finished in a Massandra Madeira puncheon. The youngest in the catch is cask #1118/8, a 36-year-old whisky distilled in October 1978 and finished in a port hogshead. 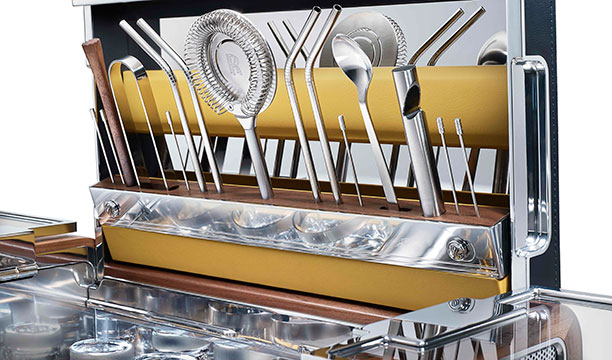 Luxury car manufacturer Rolls-Royce moved into the realm of cocktails last month with the launch of a hamper worth more than a BMW 3 Series. Costing £26,366, the limited edition, bespoke set is is handcrafted from American walnut wood and the same leather the company uses to line its car interiors – specifically cowhides from male cows to avoid the stretch marks on female cows from pregnancy. It contains: four handmade decanters, four tumblers, a cocktail shaker, an ice bucket, ice tongs, a bottle opener, a knife, two sharing plates, napkins, six cocktail sticks, two food containers, four straws, a stirring spoon, a jigger, a muddler, a crusher, an atomiser, a strainer, a glass serving tray and a chopping board.