There are now 32 new or proposed distilleries across Ireland – we take a look at those set to shake up one the most exciting areas of the spirits industry, Irish whiskey.

The modern Irish whiskey sector has long-been sustained by just four leading distilleries: Cooley, Bushmills, Kilbeggan and, of course, Midleton, the home of Jameson. While there is a broad spectrum of Irish whiskey brands available, all liquid has, until now, been supplied under contract from these sites.

Over the past two years, demand for Irish whiskey has soared, prompting a number of distillers and entrepreneurs to invest in creating facilities of all varieties and scales.

Trade body the Irish Whiskey Association (IWA) has recently created an infographic charting the rapid growth of the industry – 10 distilleries have commenced production of Irish whiskey in the last year or so, while plans are in motion to open an additional 22.

As such, the IWA released a new strategy last year that forecast Irish whiskey’s ability to grow global market share by 300% over the next 15 years.

“Having been distilled in Ireland since the 6th century, Irish whiskey is one of the oldest spirit drinks in Europe,” said Miriam Mooney, head of the IWA. “It is a premium product that can only be made on the island of Ireland.

“The existing players have driven the global renaissance in Irish whiskey and now it is the fastest growing spirits category in the world. Irish whiskey has carved out its own niche in the global spirits market, relying on the traditional craft of Irish distilling and authentic heritage, underpinned by high-quality whiskey with a distinctive taste and broad appeal.”

Click through the following pages to discover our selection of the top 10 new and planned Irish whiskey distilleries. 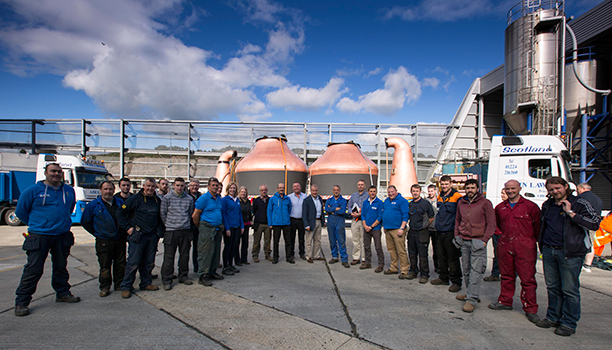 One of the most talked-about openings of an independently owned Irish whiskey distillery in recent years was that of Waterford Distillery. Spearheaded by former Bruichladdich MD and Scotch whisky innovator Mark Reynier, the distillery celebrated its first trial spirit run in December and is now embarking on a project to create the “most profound” Irish whiskey in the industry.

The site is based in South East Ireland at the Waterford Brewery, formally used by Diageo to make Guinness, and is operated under Reynier’s new company, Renegade Spirits. Featuring two pot stills and one column still, the distillery is able to produce both malt and grain spirits, but Reynier said his focus will be on single malt, and currently has no plans to produce grain liquid.

Waterford’s whiskey will be a single malt made using barley sourced from 46 different Irish farms, five of which are organic – with a total of five different strains grown on 19 distinctive soil types, something Reynier claims is “unprecedented” in the sector. 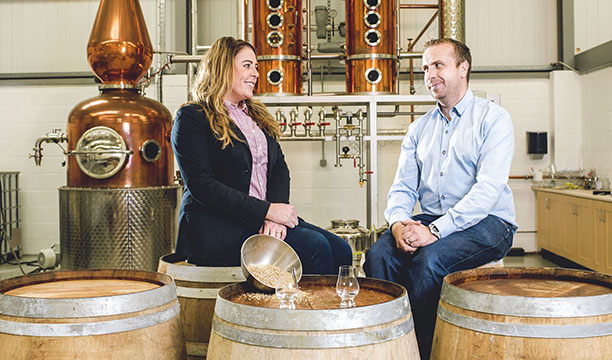 Rademon Estate Distillery describes itself as the first craft distillery in Northern Ireland. Based in County Down, the distillery launched its inaugural product, Shortcross Gin in May 2014.

While Rademon was founded in 2012 by Fiona and David Boyd-Armstrong, the distillery only revealed plans to move into Irish whiskey production in September last year. The team has already sealed the first casks of the new small batch malt whiskey, with 100 barrels expected to be filled in the first year.

The distillery said it will not turn to third party producers to source liquid and will oversee all stages of production, “from grain to glass”, in-house. Rademon will continue to expand over the next three years until its first whiskey is ready to sample with a total investment of £4m. 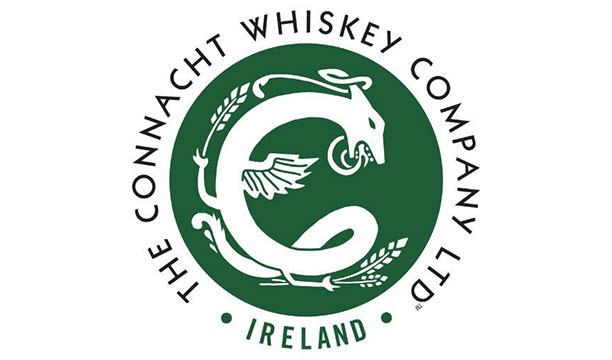 One of the most recent new Irish whiskey distillery openings, The Connacht Whiskey Company is based in County Mayo. The brainchild of three friends – PJ, David, Tom, John and Rob ­– the distillery aims to “bring modern techniques to an old tradition of craft distilling”.

The company plans to release a poitin, gin and range of blended whiskeys using sourced liquid ahead of launching its own single pot still range. It is one of two new distilleries in County Mayo. 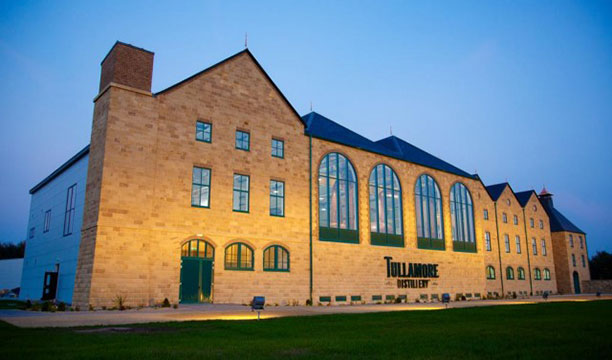 William Grant officially opened its new Tullamore Dew Irish whiskey distillery about a year and a half ago, marking the return of whiskey production to the site 60 years after the original distillery closed.

Following two years of construction, the distillery now features four hand crafted copper stills, which have been designed to emulate the original stills of the old distillery, six brew house fermenters each with a 34,000 litre capacity and warehouse storage for up to 100,000 casks.

The €35 million distillery will be capable of producing up to 1.5m cases of triple distilled pot still and malt whiskey, double the brand’s current global sales, which currently stand at 850,000 nine-litre cases. 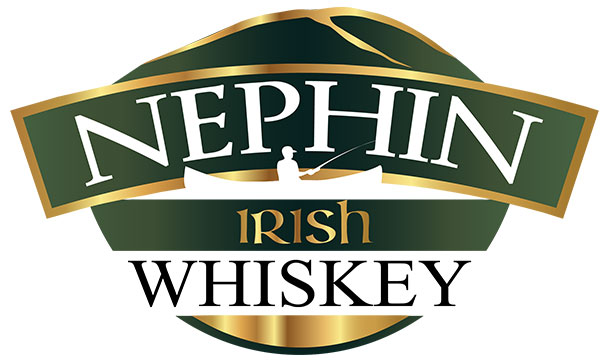 When Nephin Irish Whiskey Distillery was opened by Irish Fine Gael politician, Enda Kenny in July 2014 it became Connacht’s first distillery in more than 100 years. Situated between the Nephin Mountains and Lough Conn in Lahardane County Mayo, the company will distill Irish peated single malt whiskey, as well as flavoured vodka and gin.

Shortly after its official opening, Nephin revealed plans to raise US$100,000 in crowd-funding to buy three copper pot stills. The company said it intended to use local barley, turf smoke in the malting process, in addition to running a cooperage in-house. 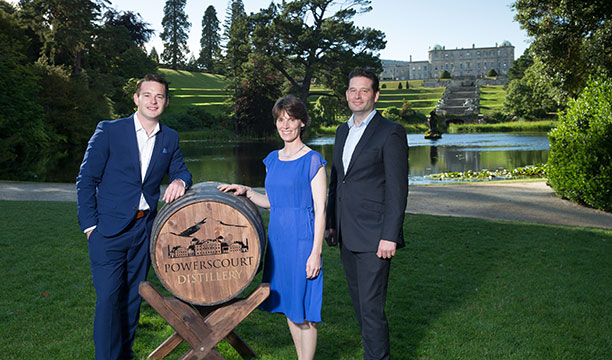 In September last year, two entrepreneurs submitted a planning application to build a €10m distillery in County Wicklow and create single estate Irish whiskey. Powerscourt Distillery will be opened as part of a joint venture with the Powerscourt Estate and Gardens.

With plans to produce a whiskey using barley grown in surrounding fields, the site will have capacity to produce more than one million bottles of whiskey a year. If planning is approved, production will commence at the end of this year.

Powerscourt Distillery has already sourced €3m in its first funding round this year and has been in discussions with numerous domestic and international investors to close a second funding round, thus bringing the funding total to €5m. 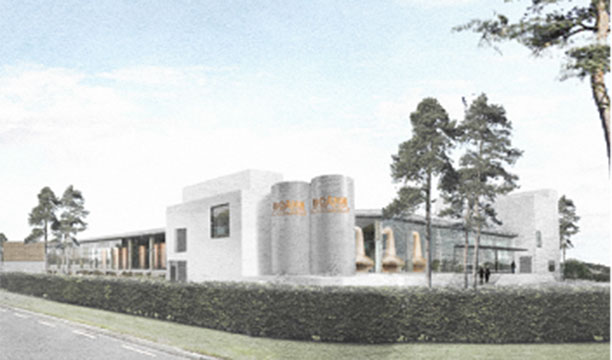 Set to open later this year, Boann Distillery will mark Drogheda’s return to distillation for the first time in 50 years. Creating Irish whiskey and gin, the site will also house a visitors’ centre and the new Boyne Brewhouse craft brewery, bringing 80 new jobs to the local area.

Ahead of opening, Boann launched two members’ clubs that allow enthusiasts to own special edition bottles and entire casks of Irish whiskey. Members can select Irish malt or Irish pot still whiskey and decide whether to barrel it in Bourbon, Sherry or Port casks, with a choice of finishes. 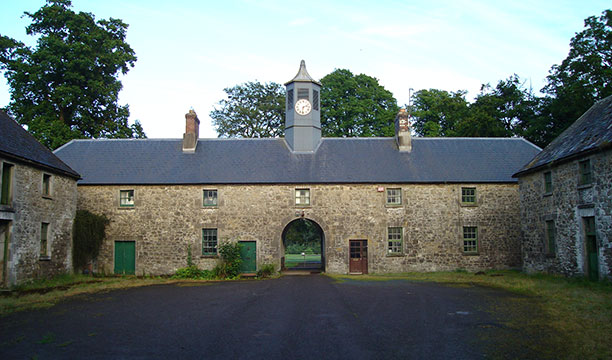 Another headline-grabbing project in the Irish whiskey sector is Slane Castle, which was acquired by Jack Daniel’s producer Brown-Forman last year, marking the firm’s first foray into distillation outside of the US.

Having purchased all shares in the company, Brown-Forman will now invest US$50 million in building a new Irish whiskey distillery on the historic Slane Castle Estate in County Meath, Ireland. Construction is expected to be complete by late 2016, while the distillery will launch new Irish whiskey brands by the spring of 2017 using third party liquid.

Brown-Forman will position the new brands in the premium and super-premium spirits segments, introducing a range of blended, pot still and single grain variants.

Alex Mountcharles initially submitted a planning application to Meath County Council to build the distillery in 2013, taking over a set of 18th and 19th century courtyard buildings on the estate. 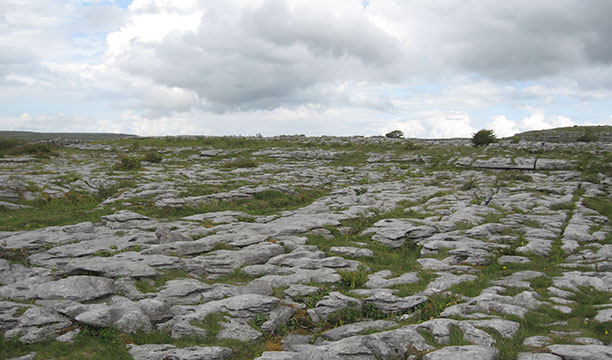 Plans were submitted to build a new distillery and visitors’ centre in The Burren, a rocky area based in County Clare, last year. An Irish planning authority approved the proposals in May despite recommendation of its own inspector who recommended a refusal.

The recommendation followed an objection by An Taisce, the National Trust for Ireland, which claimed the tourism facilities should be located in “existing settlements” since the proposed site would “harm the character” of the area. Little is currently known over the style of whiskey the distillery plans to produce, or what its capacity will be. 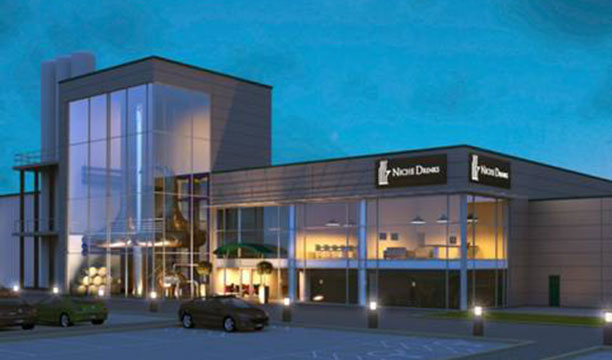 Development will be implemented in two phases – during the first, the group would build its distillery, maturation facilities, bottling hall and visitors’ centre. Further down the line, once the site is fully operational, Niche Drinks will relocate its Irish cream liqueur production to the new site.

Until now, the 30-year-old Niche Drinks firm has only ever sourced its whiskey under a long-term supply contract.