Photographer Testino first partnered with Diageo’s Cîroc Vodka in 2014 with the launch of the brand’s On Arrival marketing campaign.

“Working with Cîroc on the creation of the special edition bottle was a really interesting experience for me,” he said. “We have been working on the On Arrival campaign for over a year so we wanted to create something that fitted in with the spirit of the brand and the campaign.

“The Cîroc blue is a consistent colour throughout all shoot creative and ‘Blue Steel’ is of course Zoolander’s iconic pose, so that, together with the bottle design married seamlessly. The final bottle is something that stands out as both iconic and fun in the stable of Cîroc products.”

It is available from all major wholesalers from the end of this month at an RRP of £38.95 per 70ml bottle.

With actor Ben Stiller reprising the title role as Derek Zoolander (below) in Zoolander 2, which opens in cinemas worldwide beginning February 2016.

The first Zoolander film is a satire of the fashion industry and follows the dim witted Derek Zoolander as he faces the end of his career and is brainwashed to kill the Malaysian prime minister. 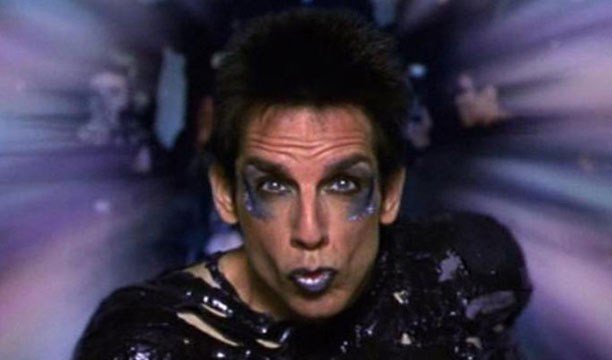