The judges were blown away by his creation, made from a combination of Jose Cuervo Silver, Wenneker Strawberry, Dubonet, Mezcal, lemon juice, agave syrup, red pepper, and raspberries.

“It’s a superbly balanced serve, beautifully aromatic and an absolute joy to sip. A stand-out winner”.

The grand final was fittingly held at London’s Dandelyan; the pioneering venture of Best International Bartender of the Year 2015, Ryan Chetiyawardana. Bartender Aidan Bowie took care to perfectly execute each recipe to the letter as previously submitted online by our Swizzle Masters competitors.

Joshua Powell, who was crowned champion of the Irish Whisky Punch heat back in August with his aptly-named cocktail, All in Dew Time, scooped second place.

“This is a very nicely balanced, long, refreshing cocktail,” noted Siska, “the grapefruit sherbet is delicious on its own, too.”

Bratt agreed: “This drink is perfect for summer. You can still taste the honey notes in the whisky which is a lovely touch.”

Third place was awarded to Mihai Fetcu, who won February’s Botanic Gin heat with Round of Applause. Bell said: “This cocktail has an incredible array of different flavours and is still very well balanced. It fits the profile well and is exceptionally easy to drink.”

“Each and every entry was wonderfully diverse,” concluded Sherry. “The levels of creativity were exceptionally high, and all of them had really taken the time to consider the juxtaposition of the flavour profile of each base spirit with the Wenneker Liqueurs and other ingredients.”

Click through to the following pages for the winning recipes.

Keep an eye on our website – www.swizzlemasters.com – for updates on The Wenneker Swizzle Masters 2016. 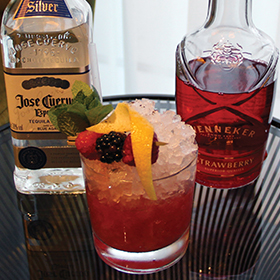 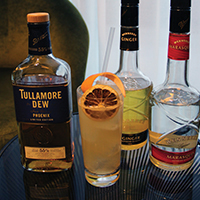 2nd: All in Dew Time by Joshua Powell 3rd: Round of Applause by Mihai Fetcu