Unveiled at the TFWA World Exhibition & Conference, held in Cannes this week, House of Hazelwood is inspired by Janet Sheed Roberts (1901-2012), a Grant family member, and her “rich and vibrant” life. She lived in Hazelwood House, an art-deco property close The Glenfiddich distillery, with the brand created to evoke the 1920s, both a “heyday” for Scotch drinking, and the wider worlds of theatre, fashion and design.

Three inaugural expressions will be introduced: an 18-year-old, inspired by Paris in the 1920s; a 21-year-old, drawing on references from Mumbai; and a 25-year-old, with Shanghai a central theme.

All three whiskies feature Girvan and Kininvie prominently – both distilleries “close to the heart” of Roberts’ – as well as liquid from the family’s private collection.

“Janet Sheed Roberts was an elegant woman and I wanted to create a whisky that would celebrate her extraordinary spirit,” said Brian Kinsman, master blender.

“I am deeply proud of House of Hazelwood 25-year-old. It has allowed me to create an exquisitely rare blended whisky, rich is Scotch tradition, combined with all the inventive artistry which Shanghai in the 1920s inspires.” 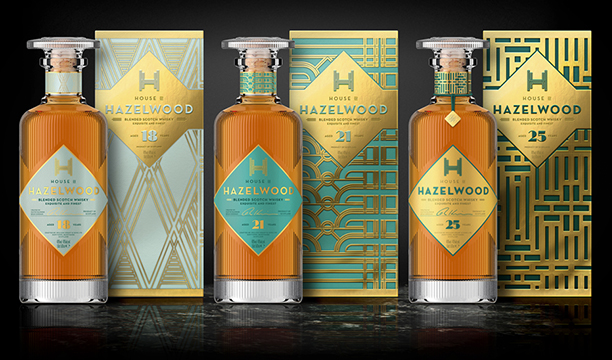 House of Hazelwood 18 Year Old is described as “elegant and classic” and “perhaps the purest expression of Kininvie and Girvan spirits in the range”. Married in Portuguese oak tuns, the nose is said to offer “vibrant vanilla sweetness”, the palate “creamy toffee”, with a finish of “soft oak”. It is expected to retail at around £50 in travel retail.

House of Hazelwood 21 Year Old is a “bolder”, “spicier” whisky which includes some malt matured in European oak ex-Sherry casks for 21 years. “Dried fruits and spice dominate” the nose, with “cinnamon, cloves and woody spice” on the palate. The finish is said to offer “spice, molasses and resin”. It is expected to retail at £75 in travel retail.

House of Hazelwood 25 Year Old completes the current line-up. Each “rare single malt” was married in American oak with the resulting whisky described as Kinsman’s “most prized expression”. Given tasting notes include “caramelised brown sugar, vanilla, maple, soft spice and hints of sawn wood” on the nose; “vibrant spice and vanilla” on the palate; and “caramelised sugar and soft spice” on the finish. The expected travel retail price is around £115.

The House of Hazelwood brand presentation also echoes the 1920s with each city depicted in a bold, geometric aesthetic with gold and turquoise key. The 50cl faceted bottles are reminiscent of vintage fragrance decanters, which opens up the possibility for cross-category merchandising, suggested Ian Taylor, head of marketing, global travel retail at William Grant & Sons. 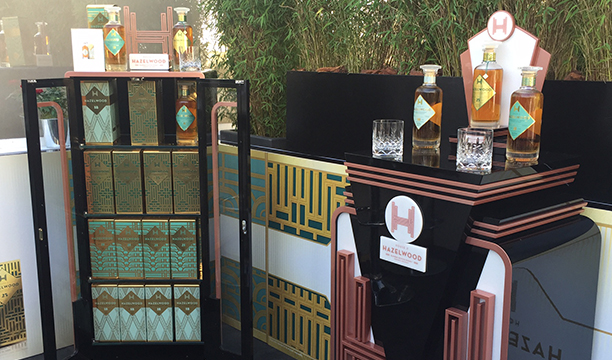 A “fitting tribute” and a “new chapter” in blended Scotch

Kirsten Grant Meikle, director of prestige, William Grant & Sons UK, and a Grant family member, was present at the launch and spoke fondly of Janet Sheed Roberts as an elegant, “very progressive” woman.

“I’m really pleased to be able to do something fitting for her,” she said.

Damien Heary, global planning and innovation director at William Grant, described the introduction of the House of Hazelwood brand as “an exciting new chapter in blended Scotch”, adding that he expected the brand to “disrupt” the blends category in the same way that Hendrick’s has gin.

The House of Hazelwood brand will launch exclusively in global travel retail from February 2016 until September 2016. It will then launch in “a few select markets” around the world.