Wars, prohibitions and natural disasters have caused some of the world’s once-leading distilleries to fall silent over the past century. Some, however, are experiencing a resurrection.

Some have been dormant for more than 100 years and have since fallen into disrepair. Yet canny entrepreneurs have cottoned on to the substantial marketing benefits offered by producing whiskies from distilleries with such extensive, storied histories.

While a number of these producers are appealing to their lineage by restarting production at a long forgotten family distillery, large drinks groups are also investing substantially in breathing new life into these mothballed giants.

Looking across the Scotch and Bourbon industries, this is our selection of the top 10 silent distilleries that have been reawakened in recent years. 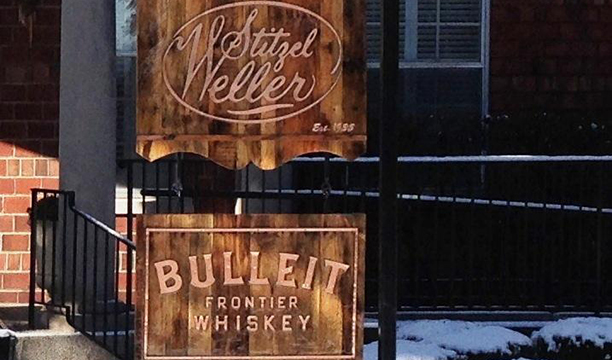 The world’s largest drinks producer Diageo revealed plans in February last year to reopen the historic Stitzel-Weller distillery, which first opened in Louisville in 1935 but ceased operating in 1992. Opened last September, the site is now a multi-million dollar visitors’ centre designed to showcase Diageo’s Bourbon brands with the Bulleit Frontier Whiskey Experience. Distilling was also brought back to the site with the build of a small “craft” still to celebrate Stitzel-Weller’s 80th anniversary, meaning a new range of Bourbon whiskeys could be released in the coming years. An additional US$10m pledge to the site’s renovation allowed Diageo to also build a finishing centre and bottling lines. Stitzel-Weller previously produced the Old Fitzgerald and Rebel Yell Bourbon brands. 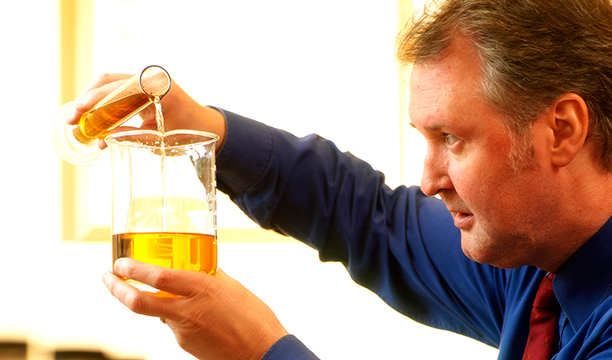 The 200-year-old Bladnoch Distillery, based on the banks on the River Bladnoch and thought to be Scotland’s most southerly distillery, is set to restart production after lying dormant for six years. First established in 1817, the distillery was formally closed in March last year after its parent company went into liquidation, however it had not produced whisky since 2006. New life was breathed into the site when it was acquired by Australian entrepreneur David Prior, who brought former Scotch Whisky Association (SWA) CEO Gavin Hewitt on board as non-executive director. It was revealed a few weeks later that Burn Stewart Distillers’ former master blender Ian Macmillan (pictured) had joined Bladnoch as master distiller. 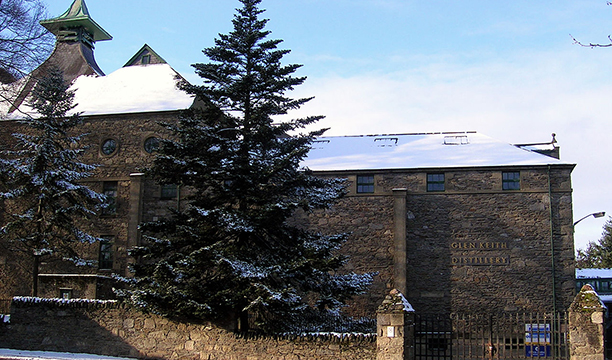 As part of its £40m investment in Scotch and plans to increase malt whisky production by 25%, Chivas Brothers revealed in May 2012 that it intended to reopen and expand the dormant Glen Keith distillery. The site, which lay silent since 1999, was officially opened in mid-2013 and now produces liquid for the group’s Chivas Regal, Ballantine’s and Royal Salute blends. It underwent a major upgrade, resulting in a 50% greater malt distillation capacity, and also now features new malt storage facilities, and a new mash-house and tun-room. At the same time, Chivas said it would be increasing capacity at the Glenallachie, Longmorn, Glentauchers and Tormore distilleries. Earlier this month, the company broke ground on expanding its leading The Glenlivet Distillery.

After lying dormant for more than 100 years, Tennessee’s Nelson’s Green Brier Distillery was reopened by the original owner’s great-great-great grandsons last summer, when it produced whiskey for the first time since 1909. The 19th century family business was first founded by Charles Nelson and revived by his great-great-great grandsons, brothers Charlie and Andy Nelson. The pair will focus on producing Tennessee whiskey to begin with, but plan to produce Bourbon at a later stage. 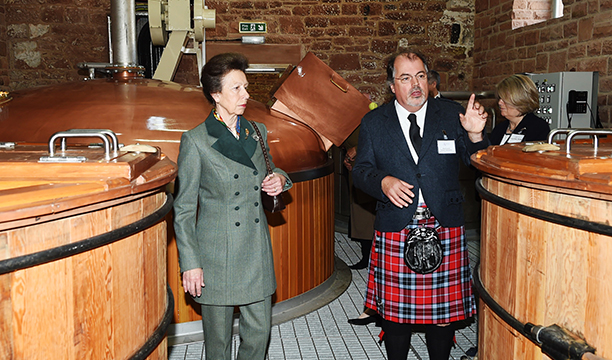 The historic Annandale Distillery, based in the southern Scottish region of Dumfriesshire, restarted whisky production for the first time in almost 100 years in 2014. Once owned by Johnnie Walker, the distillery buildings fell into disrepair through its period of prolonged silence. With an investment of £10.5m, Annandale was brought back into production by David Thompson, a sensory consumer scientist, and his wife Teresa Church, who acquired the site in 2007. A few months after offering to sell its first cask of currently unaged whisky for £1m, Annandale was officially opened by Her Royal Highness, The Princess Royal (pictured). The distillery plans to release two single malt Scotch whisky labels: the Man O’ Sword, inspired by King Robert the Bruce, and Man O’Words, inspired by Scottish poet Robert Burns, both of which will be available by early 2018. 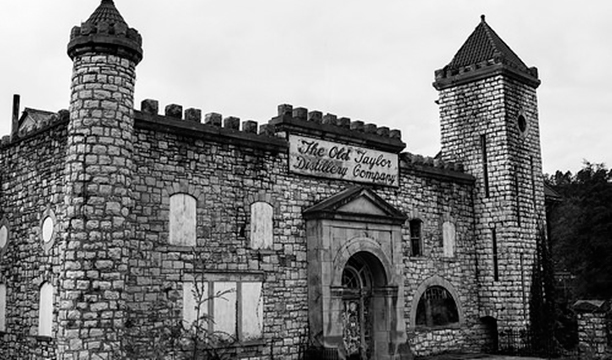 The 125-year-old Old Taylor Distillery, based in Kentucky’s Woodford County, is set to resume whiskey production after it was acquired for US$950,000 by Peristyle. The company pledged more than US$6m to renovate the building, hoping it will become fully operational, distilling Bourbon and other spirits, later this year. Old Taylor was the first distillery to reach one million US Government certified cases of straight Bourbon and is said to have one of the world’s largest stills as well as one of the longest Bourbon warehouses. The facility, which includes a colonnaded springhouse, sunken gardens, a fish pond and limestone buildings, closed in 1972 due to a drop in demand, falling into severe disrepair. 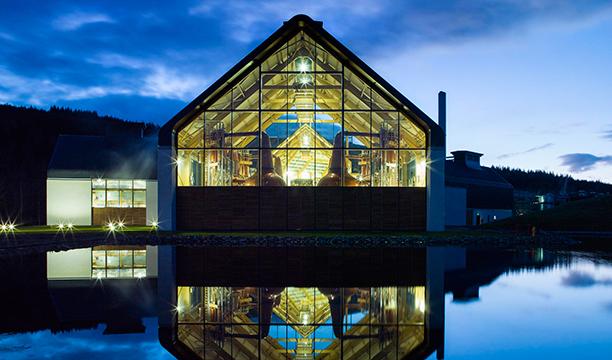 Chivas Brothers’ Speyside-based Dalmunch Distillery is itself a new distillery, but it is based on the site of the former Imperial Distillery, which was closed in 1998. While Dalmunach first fired up its stills in October last year, the distillery celebrated its grand opening in June 2015. Capable of producing 10m litres of spirit per year, Dalmunach features eight copper pot stills that are shaped to replicate those from the Imperial Distillery, which was first established in 1897. Other original features from Imperial have been incorporated in to the new design to “ensure a sense of heritage” remains in tact. 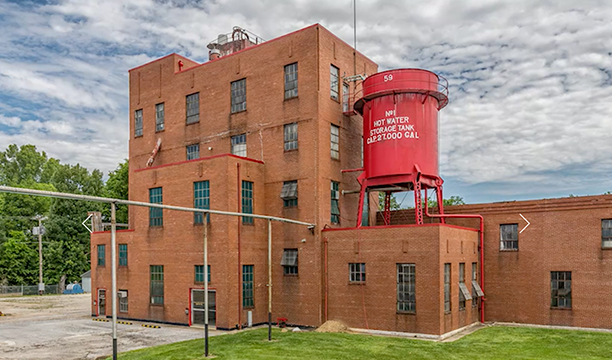 Modern technology and traditional whiskey making collided earlier this year when plans to renovate Kentucky’s mothballed Old Charles Medley distillery were revealed. TerrePure Spirits acquired the 80-year-old Owensboro-based distillery in 2014 and broke ground on its US$12m renovation in July, announcing that it intended to install “rapid ageing” technology. TerrePure creates spirits for retailers by using a patented technology that uses ultrasonic energy and oxygenation to rapidly mature the liquid. The distillery is expected to be complete and operational by 2016 and has been renamed the O.Z. Tyler Distillery. 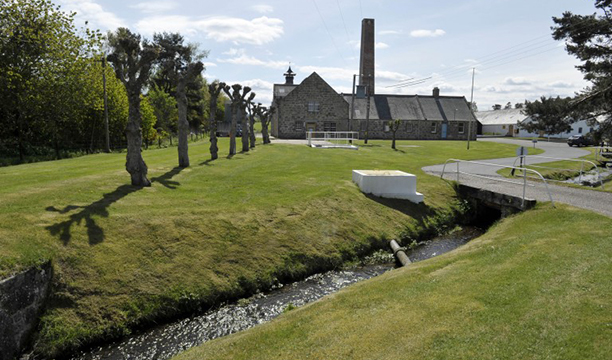 One of the latest silent distilleries to contemplate resurrection is Scotland’s Dallas Dhu Distillery, based in Speyside. First established in 1899 by entrepreneur Alexander Edward, the site has not produced whisky 1983 when it closed due to water shortage. Historic Scotland – an agency of the Scottish Government – has preserved the distillery as a visitors’ centre and museum, but the group recently confirmed it was assessing the “feasibility” of restarting whisky production. Initially used to produce liquid for the Roderick Dhu blend in the early 20th century, Dallas Dhu has had a turbulent history. Closed during the First World War and then acquired in 1921, the distillery was again closed following the Great Depression and almost ruined by fire a few years later. 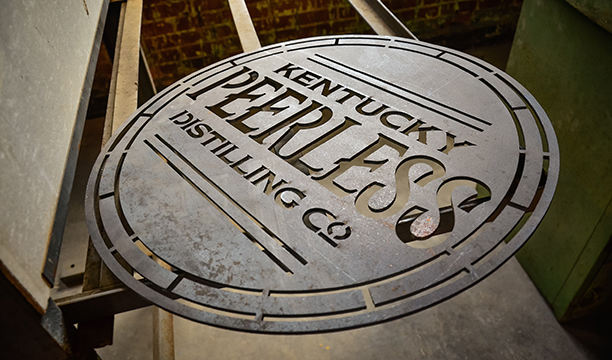 Originally opened in 1889 and closed in 1917, the Kentucky Peerless Distilling Company was brought back to life by after 98 years of silence by the great-grandson of its founder. Once the second largest distillery in Kentucky, the Peerless name has been resurrected in a different location, but with same ethos and brand name. Under one roof, the Kentucky Peerless grains are milled, cooked, fermented, double-distilled, and barrelled as Bourbon and rye.