The Welsh Whisky Company’s Penderyn Distillery has seen significant expansion recently, as SB found out on a recent visit… 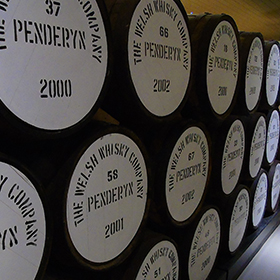 Penderyn itself is a village nestled just inside the Brecon Beacons, and the namesake distillery was founded in the year 2000 with just a single still producing around 90,000 litres of spirit per year.

Now, following a £1 million investment, the distillery has tripled capacity through significant expansion – and it has grown to become one of Wales’ largest tourist attractions, with more than 35,000 visitors journeying to see the site in 2014.

Last week, The Spirits Business travelled to Wales with Penderyn’s travel retail agents, McG Consultants, to meet the distillery’s managing director, Stephen Davies, and see the results of the major investment up close and in person.

Click through the following pages for a visual distillery tour and to see the expanded facilities. 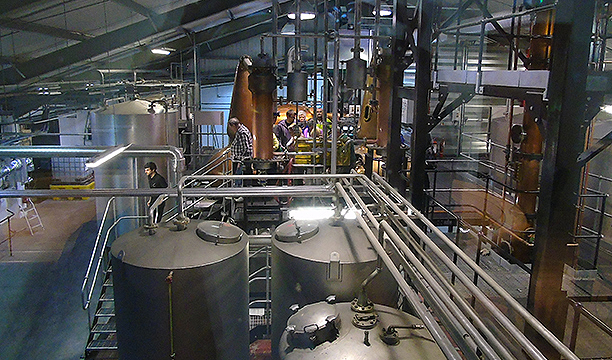 In 2013, Penderyn announced its plans to add three news stills to significantly boost capacity. Today, a complete line comprising a mash tun, full set of wash backs and four stills are all housed in one distillery space, which runs a six-day operation. All that needs to be added is ready-malted grain – Penderyn sources its barley from the UK, but pure Welsh malt is being used, too. 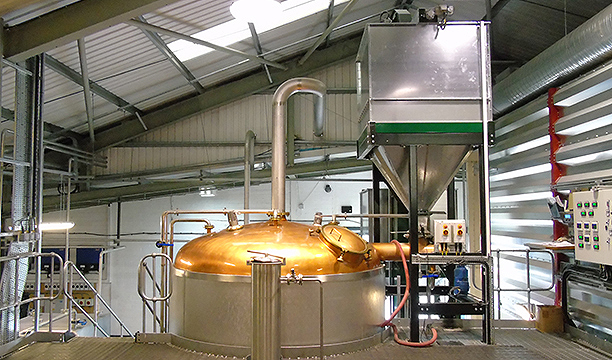 Prior to June 2014, the distillery sourced its wash from the nearby Brain’s brewery. But the installation of the 1.5 tonne mash tun means that Penderyn’s mash is now its own. “The hope would be that we’d improve spirit quality my making minor adjustments to the process,” Davies said. 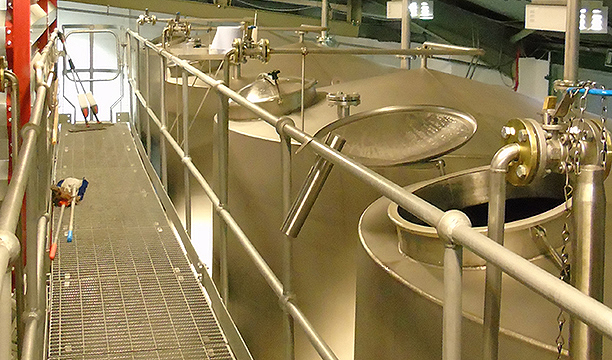 A set of six stainless steel wash backs were also installed in June 2014. Each 10,000-litre tank has a three-day fermentation time and produces 7,500 litres of wash, with the distillery using two different types of yeast. 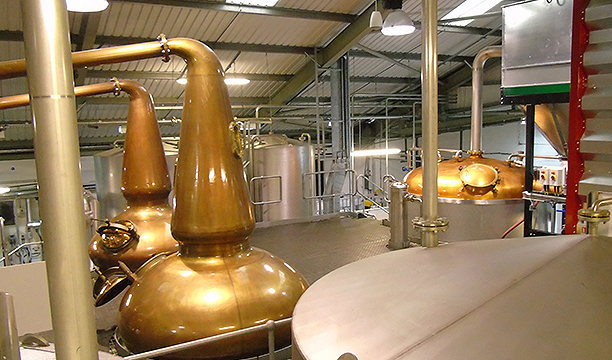 Penderyn also installed two new copper pot stills – meaning than June 2014 saw the equivalent of a whole new distillery added to the site. “It was a big decision for us – should we put in a pair of pot stills,” Davies continued. “We’re known for our Penderyn stills [see page 7]. But putting them in will allow us to experiment and innovate with heavier spirits for the future.” The shallow line arm dips help create a spirit at the “lightest end of what these can produce”. 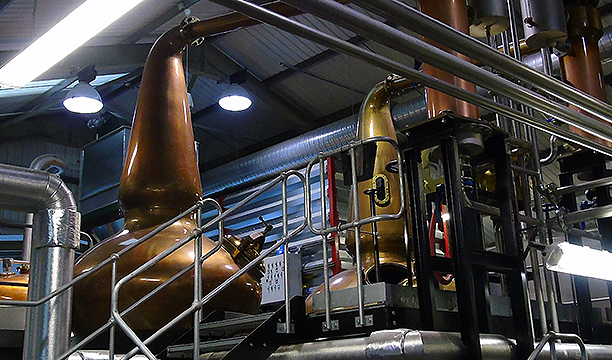 Each distillation takes between 5.5-6 hours, with spirit coming off the still from 70-73% abv. “This spirit is heavier and oilier, and will probably take longer to mature,” Davies added. All spirit – whether produced on the Penderyn stills or the new pot stills – is matured separately. “We may decide to marry or blend it at a later date.” 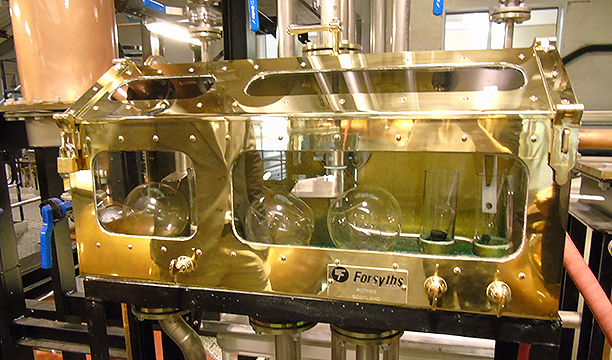 The pot stills came complete with a brand new spirit safe. The traditional design is a significant departure from the original safe (and Penderyn still)… 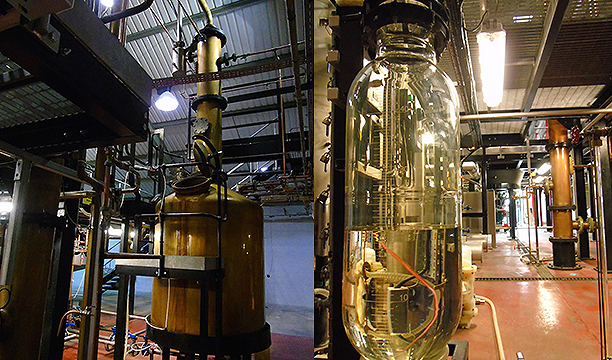 … which were designed by students as the distillery was first being built. The focus for the still – which Davies describes as a “modified pot still hybrid” was to efficiently create a smooth, fruity spirit, while the spirit safe (right), which evokes chemistry lab equipment, is perhaps the best demonstration of the designers’ scientific rather than whisky-led background. The distinct Penderyn “Faraday” still (left) was created by Dr David Faraday, a descendent of Sir Michael Faraday, and combines a pot still with column distillation. Spirit can be drawn at any point in the column, and the liquid comes off the still at 92% abv – believed to be the highest in the industry.

A second Faraday still was installed in 2013. “The future intention is to play with the second still and draw at different different levels,” explained Davies. “But for now [the priority is] laying down spirit.”

Penderyn currently has two warehousing facilities with around 4,000 casks maturing at present. Spirit goes into the cask at 63.4%, before being matured in a range of different casks and finishes. Stephen Davies is pictured here in the 50,000 sq ft warehouse, which opened in 2009. The second, spanning 100,000 sq ft, was a more recent acquisition. 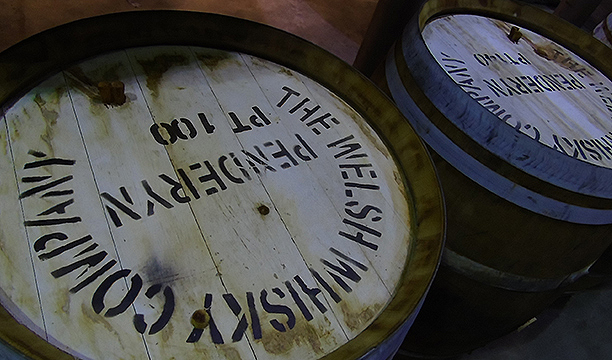 Penderyn’s “house style” is a bourbon matured, Madeira finished whisky, bottled at 46% abv. The Penderyn Peated expression is matured in ex-peated malt casks, typically from Islay, while the Sherrywood is a combination of bourbon- and Oloroso Sherry-matured whiskies. 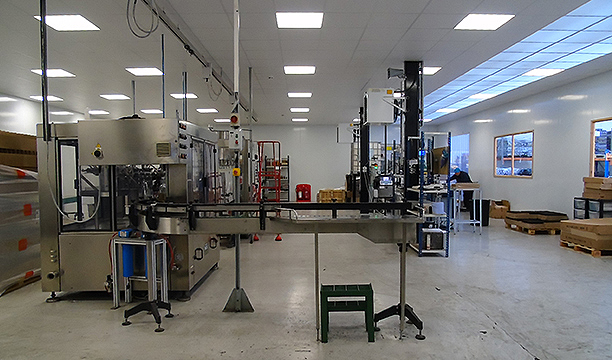 Penderyn has its own in-house bottling line, with up to 2,500 70cl bottles filled per day. Fractional sizes are also produced here. In addition to the 46% abv expressions, some Penderyn whiskies are bottled at 41%, or indeed cask strength, but nothing is chill filtered. 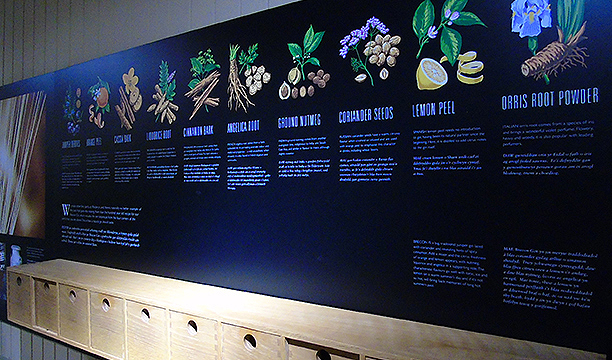 Penderyn isn’t all about the whisky! The brand’s visitor centre demonstrates the botanicals used in the production of Brecon Gin, while FIVE Vodka is also produced on site. Merlyn, a 17% abv combination of cream and Welsh malted barley spirit from Penderyn, is available alongside all the other spirits at the distillery shop. 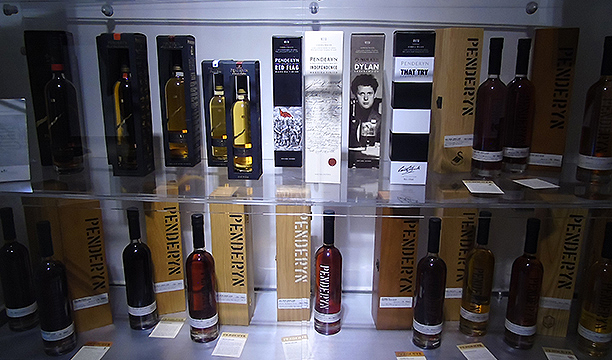 But back to the whiskies – and in addition to Penderyn’s core line, the Icons of Wales series is produced to celebrate a person, milestone or event from Welsh history. Previous expressions include Penderyn Red Flag, Penderyn Independence, Dylan − marking the centenary of Dylan Thomas − and now That Try, recollecting the “greatest try ever seen” in the 1973 rugby match between Wales and New Zealand.

See the November 2015 issue for more on Penderyn.