Whether travelling for business or pleasure, airports can be uninspiring places. Luckily, airside bars have upped their game in recent years, as our top picks from around the world attest.

With more and more people travelling – IATA put the number of passenger journeys at 3.3 billion for 2014 – it makes sense that airport bars have become venues in their own right.

And as the wider airport retail and F&B landscape becomes increasingly creative and diverse, bars need to keep up. After all, the competition for passenger dwell time is fierce.

Whether it’s a branded location or a beautiful setting, there’s no need to fear a lengthy stopover at these airports.

Click through the following pages to discover the airport bars we think are the best in the world. If we’ve left any out let us know in the comments below.

Enjoy airport bars responsibly and remember it’s an offence to be drunk on board an aircraft. 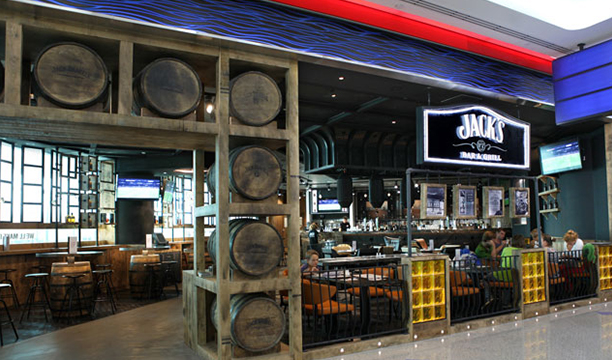 For a taste of Tennessee in the UAE, just head to Jack’s Bar & Grill. Opened in 2013 as a partnership between Brown-Forman and Emirates Leisure Retail, the concept is contemporary in design but traditional of menu, recalling the warm, Southern hospitality of the brand’s native Lynchburg. Sit back and enjoy a Jack Daniel’s Tennessee Honey cocktail in a lounge-style environment – the charred oak, smoked glass and vintage leather combine for a cosy, familiar ambience. If you’re lucky, there might even be live music – last year the Bar & Grill hosted a music event with Dubai acoustic guitarist Abbo. 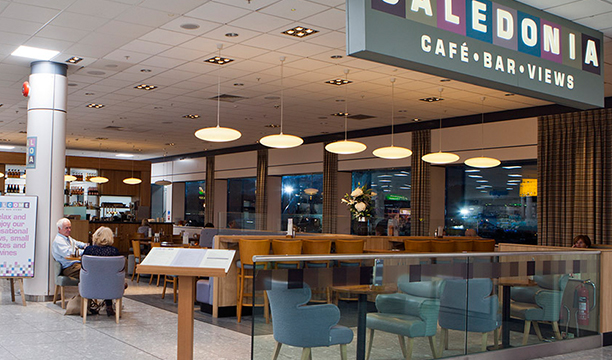 With more than 50 single malts on offer and near-panoramic views of the runway and distant hills, the Caledonia Bar at Glasgow is a little piece of Scottish paradise for departing visitors. The barrel-clad bar feels homely, while the comfy seating area offers lots of handy power points for charging on the go. While it’s not advised to work your way through the malts pre-flight, the selection is certainly impressive. 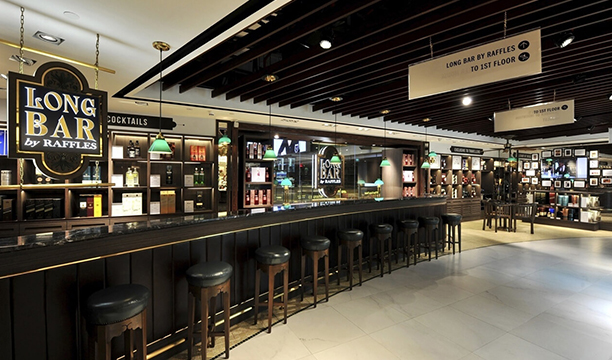 While not strictly an airport bar, the Raffles Long Bar is such a stunning retail feature it had to be included in our list. A centrepiece in DFS Group’s flagship wine and spirits duplex store and installed in partnership with the city’s iconic Raffles Hotel, the bar makes sure that all visitors to Singapore, even short-staying transit passengers, can enjoy an authentic Singapore Sling. The bar plays host to regular bar events and even features Raffles bartenders. 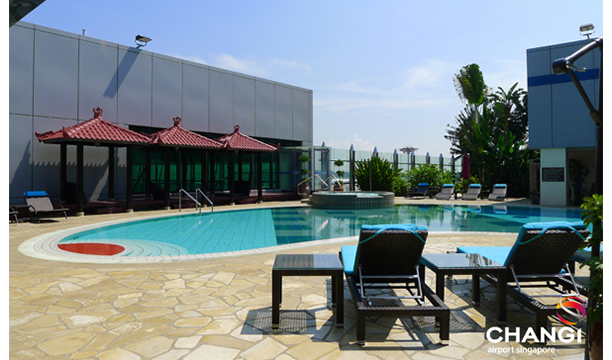 Sticking with Singapore, and could this be the most soothing aviation spot in the world? If the airport air con and incessant announcements get too much, just pop outside for a refreshing dip. It costs around SGD$14 to use the pool, but that includes showers, towels and a complimentary drink. Add in the opulent cabana beds and sumptuous chaises and its clear to see why this bar is a perennial favourite. 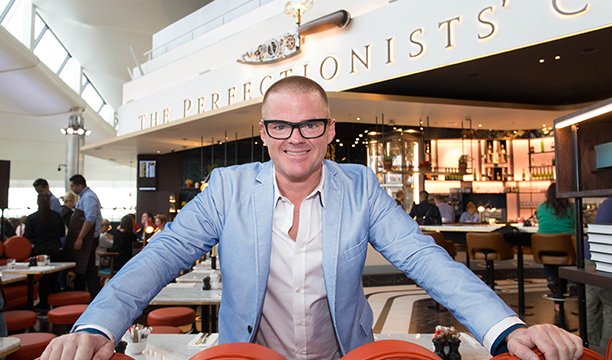 “Fantastic Food… Fast” is the mantra of the Heston Blumenthal’s latest incarnation – this time it’s airside in the sleek new Heathrow Terminal 2, The Queen’s Terminal. In addition to cocktail favourites – think an “amped up” Cosmopolitan and a “precipitous” Negroni – The Perfectionists’ Café also offers “Cocktails in a Cloud”: modern modern classics with a glass full of scented vapour. The Bramble comes with a merlot cloud, the Rob Roy with Cavendish tobacco scented plume, and the non alcoholic Summer Shrub with a mandarin and thyme haze. We’re carried up, up and away. 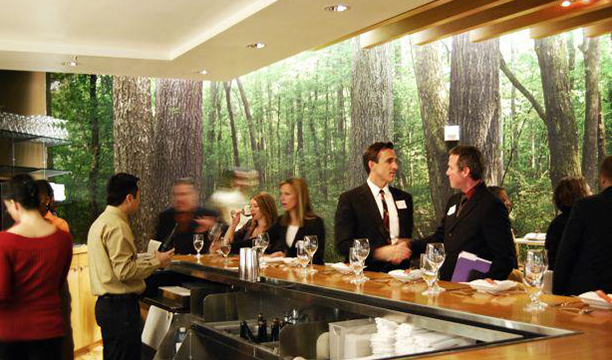 It’s easy to feel overwhelmed at Hartsfield-Jackson – after all, it is the world’s busiest airport. But fear not! One Flew South is a beacon of elegance and calm amid the melee. Priding itself on its “proper” cocktails, One Flew South identifies as a “salute to Aeromarine”, the airline which flew wealthy passengers from Miami to Nassau and Havana in the 1920s, enabling guests to drink during Prohibition. We love the soothing forest backdrop and 18-foot bar – pure class. 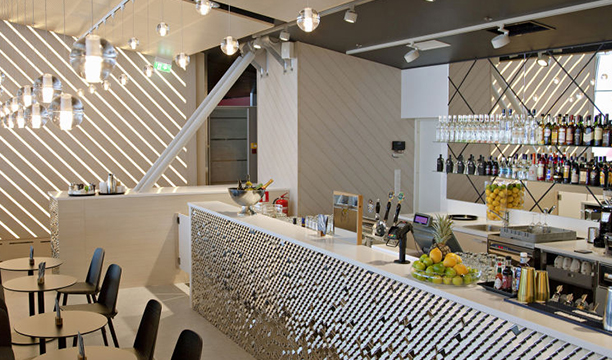 Helsinki’s sleekly minimal Arctic Bar only opened in April this year but it’s already making waves as an airport cocktail destination. With its distinct Finnish sense of place, rooftop outdoor terrace – come rain, snow or shine – and a cocktail menu to tempt even the weariest of travellers, just head to gate 29 for fresh air, frosty drinks and the warmest of welcomes. 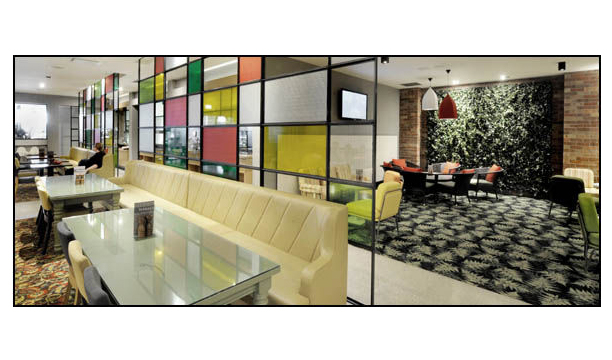 An airy terrace bustling with greenery and a subtly industrial design, The Terrace is cool without being try-hard. In addition to home-made pizzas, the indoor and outdoor bar also serves an array of cocktails including a Chambord-fuelled Bondi Bikini and old favourites such as Martinis and Bloody Marys. Why do we like it? It’s got the airport’s only smoking zone, ideal if you need to nip out for a last-minute puff of “fresh air”.