The entire Scotch whisky industry took a hit in 2014 as exports continued to dive, causing our best-selling leaderboard to experience a rather extensive reshuffle.

While the top two best-selling Scotch whisky brands remain unchanged, the majority of other Scotch brands selling more than one million nine-litre cases have found themselves in a new position.

The world’s largest Scotch brand – Johnnie Walker – has been greatly affected in Asia due to an on-going campaign against excessive spending in China, at the same time as Russia’s political and economic tensions impact producers across the sector.

According to figures released by the Scotch Whisky Association (SWA), the value of Scotch whisky exports fell by 7% in value in 2014 to £3.95 billion while volumes dropped 3% to 1.19 bn 700ml bottles.

Nevertheless, while a certain Scotch brand is no longer the world’s best-selling whisky having been usurped by an Indian label with soaring volumes, overall figures remained high, and Scotch whisky remains one of the world’s most popular spirit categories.

Following our recently published Brand Champions 2015 – our pick of those brands selling over one million cases annually that are performing exceptionally within their category – we run through which are the world’s best-selling Scotch brands on the market today. 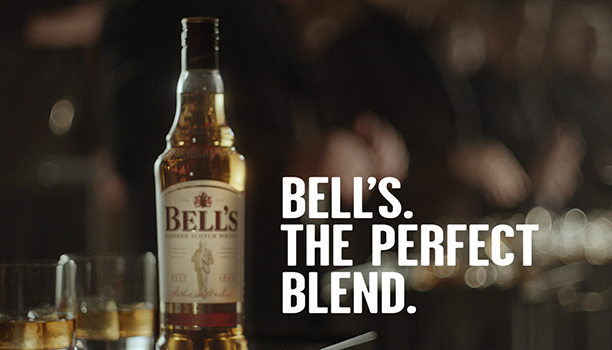 Sticking at 10th position in this list of the world’s largest Scotch whisky brands is Diageo’s Bell’s. While sales remained perfectly stagnant, the brand managed to avoiding the plummeting volumes suffered by a large number of its million case-selling brethren. Bell’s potentially avoided losses through with a new advertising campaign in South Africa which many consumers praised as “heartwarming” 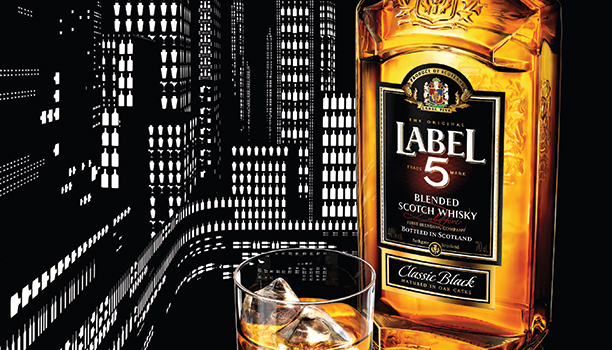 La Martiniquaise’s Label 5 Scotch whisky made its debut into the top 10 best-selling Scotch whisky brands in 2014. Following three years of stagnant results, the brand sold an additional 100,000 cases last year. Taking to social media to attract a new generation of whisky drinkers helped Label 5 experience impressive sales, as did the launch of it Gold Heritage expression towards the end of the year. 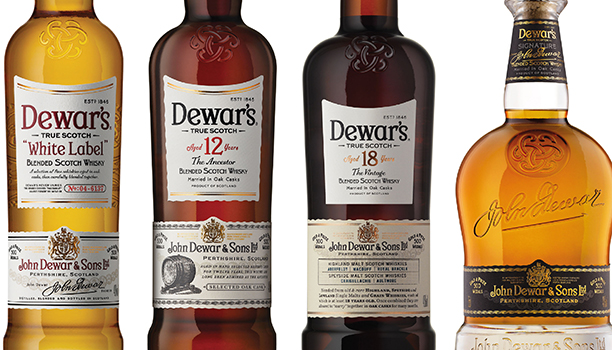 Dropping one position to 8th on this list is Bacardi’s “Drink Man’s Scotch” Dewar’s. Recording its lowest volume sales in at least 5 years, the brand saw a hefty 10% decline in 2014. Despite an image makeover and a number of limited edition launches, Dewar’s struggled to stay ahead of the competition, at the same time as Bacardi revealed its “unprecedented” moves into the single malt category. 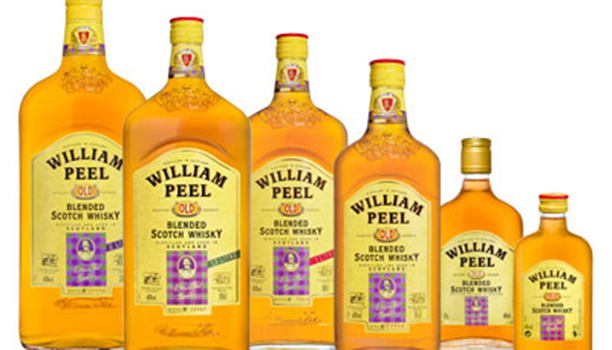 Jumping an impressive two places up the list is William Peel, owned by French drinks group Belvédère. While the brand has struggle to match the 2.9m case volume sales it achieved in 2011, it saw a 21.9% increase in market share in France – the world’s second largest market for Scotch whisky. 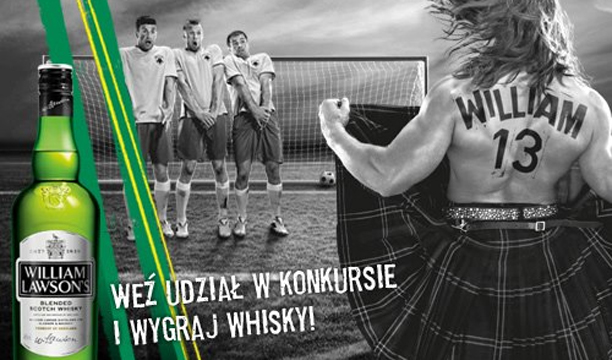 Another one of Bacardi’s brands, but with a very different story from Dewar’s in 2014, is William Lawson’s, which grew volume sales by an impressive 11% in the year. Almost doubling sales since 2010, the brand has usurped the number six position from The Famous Grouse, since Edrington declined to reveal the brand’s 2014 case sales. Made with a high malt content, the blend was first produced by William Lawson in 1849. 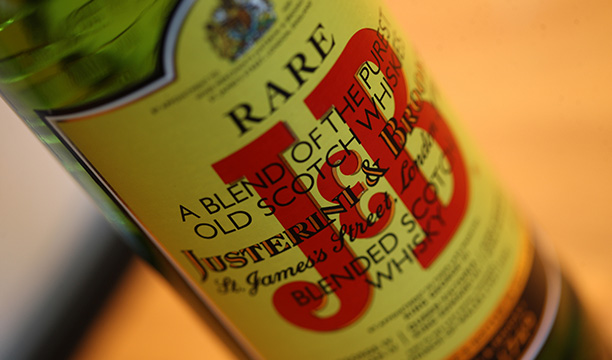 Maintaining its number five spot despite a 7% sales fall, J&B still claims to be the most popular whisky in Europe. Despite moving into the popular flavoured “whisky” category with the release of J&B Urban Honey in March last year, the brand has not experienced the same level of success as its honeyed American cousins. 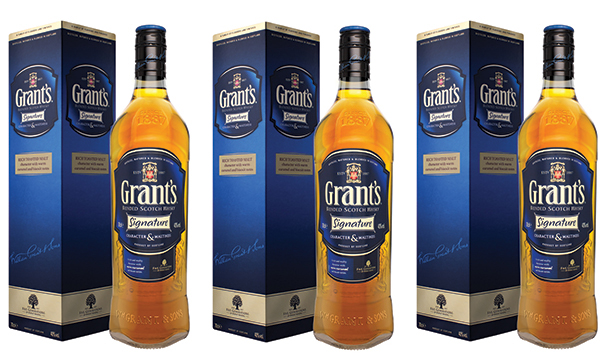 Even an abundance of new marketing campaigns and new product launches couldn’t reignite sales of William Grant & Sons’ Grant’s Scotch whisky. Hopes were raised after the brand saw its first volume increase in four years in 2013, but this momentum was proven to be short lived. Last year the brand switched its focus from older male consumers to Millennial drinkers, launching a new social media-led campaign and releasing the new Grant’s Signature which was designed to appeal to a younger audience. 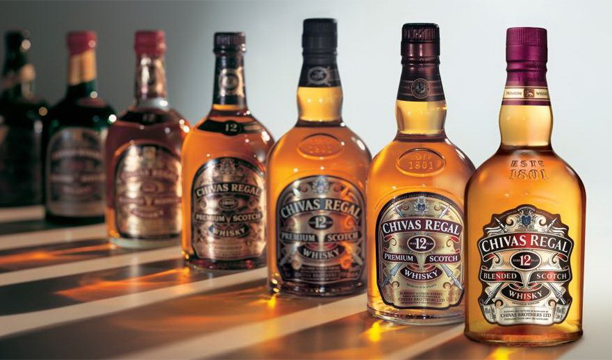 Leaping back into the top three is Chivas Regal, which despite a 2% decline still boasts some of the largest volume sales in the Scotch whisky category. Brand owner Chivas Brother, the whisky and gin arm of Pernod Ricard, worked with both on-trade and off-trade channels to capitalise on the “currently untapped” growth potential for premium blended Scotch whiskies. Perhaps the group’s efforts will reap greater rewards by the end of this year. 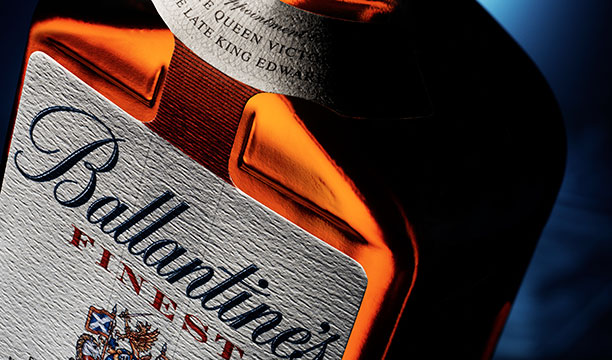 Chivas Brothers’ star whisky, Ballantine’s, only recorded 2% growth in 2014, but compared to other Scotch whisky goliaths included in this countdown, it is certainly an achievement. The brand managed to retain consumer interest through a range of marketing innovations, such as the launch of a new online golf club for golf fans, and also captured the attention of the on-trade through its bartender-focussed Bar Project. 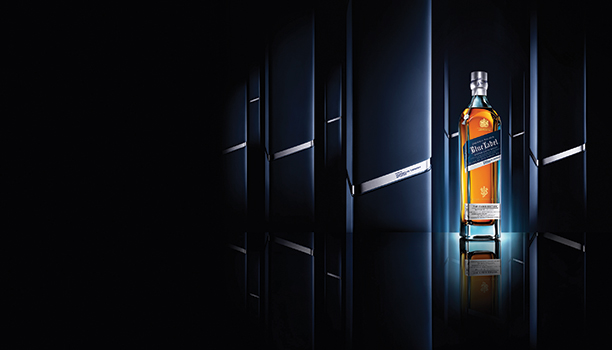 Diageo’s Johnnie Walker is still the world’s best-selling Scotch whisky by some 12m cases. However, the fortunes of this spirits giant have changed dramatically, with the brand slipping back to pre-2011 volumes in the space of just 12 months. Having lost the title of the world’s best-selling whisky brand in 2013 to Officer’s Choice, the accolade remains in the firm grasp of the Indian drinks brand, and some 10.5m cases now separate the warring whiskies. Diageo clearly refused to accept defeat lying down, launching a plethora of new activations, innovations and campaigns for Johnnie Walker in 2014.