Owls, zombies, hospital wards, perfume and aliens have all acted as weird and wonderful inspirations for some of these unusually-themed bars.

With more and more cocktail bars opening across the globe, achieving a unique selling point is becoming a critical aim for budding bar owners.

While some adopt a speakeasy style and others create an ultra-moden look, a number of entrepreneurs are looking for more creative ways to stand out from the crowd.

Just last week details of a new Breaking Bad-style cocktail bar where visitors can “cook” their own cocktails were revealed in London.

Meanwhile, a group of bartenders in Australia used 90s screwball comedy Wayne’s World as inspiration for their popular pop-up.

Click through the following pages to see which other unusually-themed bars made our list. If you think we have missed any out, let us know by leaving a comment below. 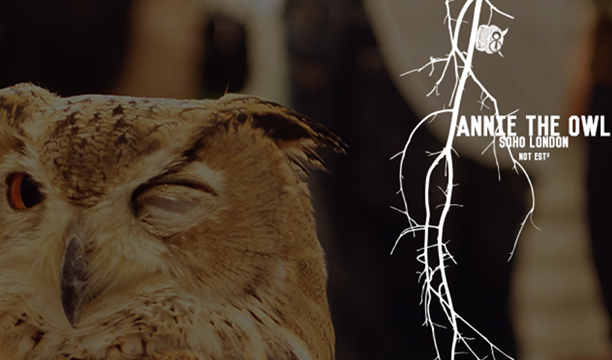 London bar Annie the Owl, which allowed customers to pet live owls while sipping on cocktails, prompted an outpouring of criticism when it was unveiled earlier this year. The bar, inspired by the popularity of Tokyo’s owl cafés, opened for one week only in March 2015, however it was forced to swap its menu of cocktails for non-alcoholic beverages following outcry from animal rights activists. It featured the eponymous owl, Annie, as well as five other owls: Darwin, Ruby, Cinders, Winston and Hootie. 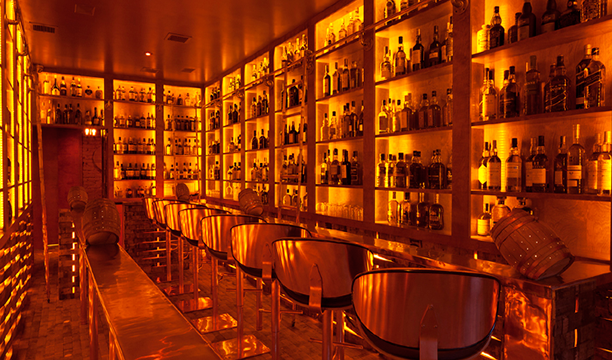 While cocktail culture is certainly thriving in New York City, one Lower East Side bar decided to go against the grain with its exclusive offering of neat dark spirits. The aptly named Copper & Oak boasts a back bar of more than 600 different brown spirits and will only serve soda water or ginger ale as a mixer – both of which must be provided on the side. The venue, which is decorated in copper and oak from Bourbon casks, also keeps eyedroppers filled with water behind the bar for customers who wish to add a few drops to their dram of whisky. 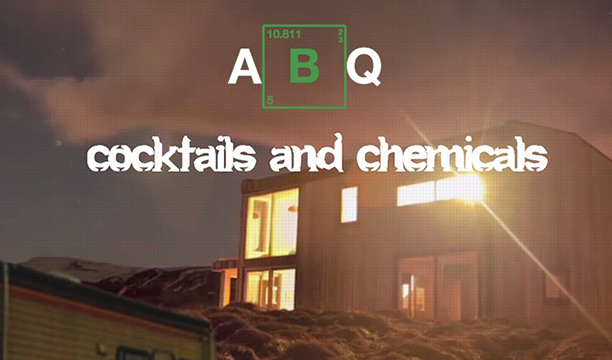 Unveiled only last week by the brains behind Annie the Owl and slated to open in London this July is ABQ – a pop-up bar inspired by the hit TV series Breaking Bad where visitors are encouraged to “cook” their own cocktails, a nod to the prolific crystallised meth creation featured in the show. Based inside a converted RV motorhome, the bar has been kitted out with gas masks, blue crystals and chemistry flasks.

Minneapolis bar Donnie Dirk’s Zombie Den entices thrill seekers, gore lovers and horror fans with its USP as a safe haven during a zombie apocalypse. The venue describes itself as “half cocktail lounge and half dive bar with fancier furniture” and serves drinks using fresh produce. It also prides itself on being the “only place where big brains are truly safe”, since zombies are well known to guzzle a sizeable brain or two. 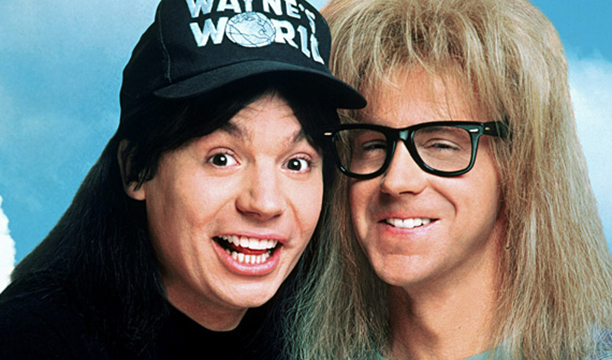 Cult classic screwball comedy Wayne’s World might not seem like the typical inspiration for a cocktail bar, and Whisky Jerx certainly got tongues wagging when it opened in Sydney two months ago. It is the brainchild of bartenders Bartenders Lee Potter Cavanagh, Ben Blair and Reece Griffith, who secured the funds to set up the bar after winning Monkey Shoulder’s Ultimate Bartender Competition. The basement level of the bar is styled as Wayne’s basement, from where he filmed his namesake cable show with slacker friend Garth. The first level of the bar offers a more sophisticated vibe, serving a selection of house-made sodas. 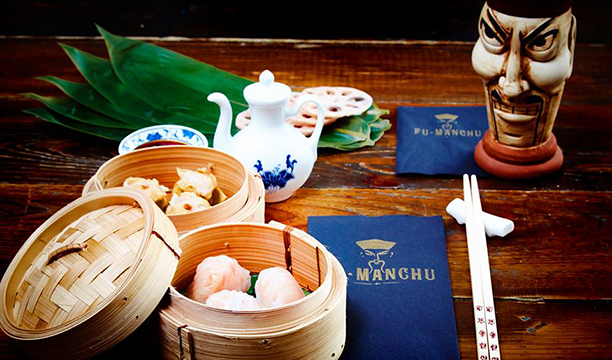 Officially opened just this month, Fu Manchu is a London-based cocktail bar inspired by a fictional Chinese criminal of the same name. Hidden under old railway arches in Clapham North, the bar features Asian-inspired cocktails, dim sum and images of mustachioed mastermind Fu Manchu who was created by Sax Rohmer in an early 20th century novel series. Described as a “Victorian opium den with a modern, graphic edge”, the bar will offer cocktails inspired by the criminal work of its cult villain namesake and his associates. 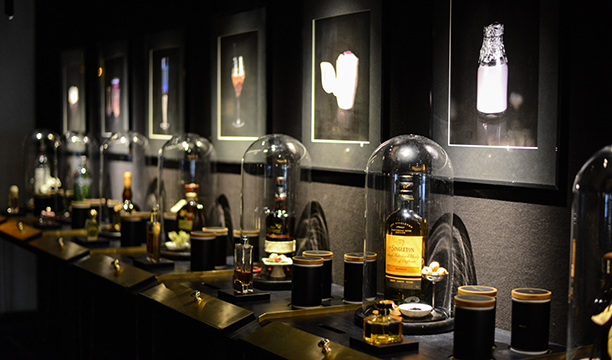 The Ritz-Carlton Hotel became the world’s first bar to combine cocktails with exclusive fragrances and aromas. Founded by bar manager Arnd Heissen, Fragrances provides a selection of hand-picked perfumes by revered designers including Giorgio Armani, L’Artisan Parfumeur and Annick Goutal, Yves Saint Laurent and Guerlain, which have been paired with cocktails using spirits from Diageo’s portfolio.

With golden wheel chairs and hospital beds as seats and cocktails served out of IV drips, Singapore’s Clinic Bar takes the now-trendy medicinal cocktail theme to a whole new level. Closed in 2011 after three years, the bar also served food out of bed pan-shaped trays and featured the work of famed artist Damien Hirst on its walls. 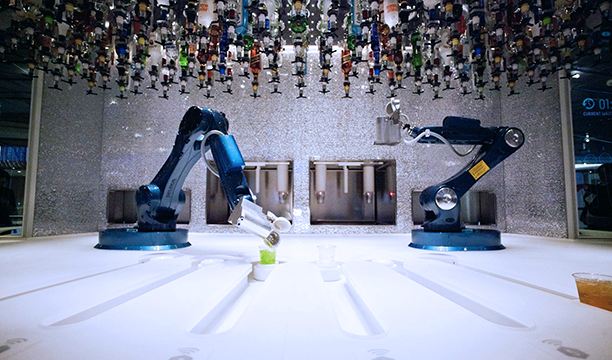 With a demonstrably futuristic theme, Bionic Bar was unveiled as an exciting feature on-board Royal Caribbean’s line of new high-tech cruise ships. Using the app-controlled Makr Shakr system, the bar allows users to create personalised cocktail recipes in real-time with “almost limitless” crowd-sourced drinks combinations. These drinks are then created by two robotic arms which are able to “mimic the actions of a bartender”, shaking Martinis, slicing lemons and muddling Mojitos. The robots’ movements were modeled on the gestures of Italian choreographer Marco Pelle from New York Theatre Ballet. 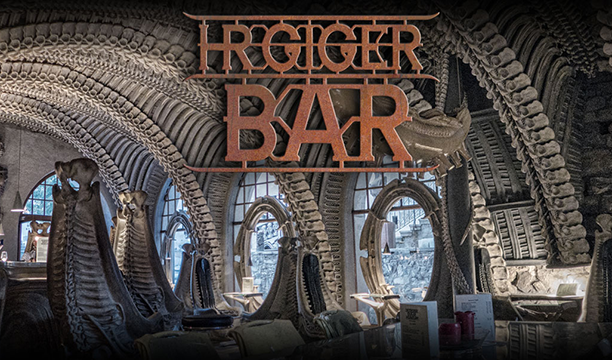 Themed and modeled by the Swiss artist H. R. Giger, Giger Bar is a venue whose interiors resemble the film set of Alien. Described as the “ultimate” immersive bar experience, the ceiling, walls, floors, fittings, tables and chairs of Giger Bar are all modeled by the artist in the style of Alien‘s biomechanical environment and character designs.