As the Scotch whisky industry hails a boom in tourism and all-time-high investment, exciting plans for a wealth of new, reawakened and expanded distilleries have been unveiled.

While exports of Scotch whisky have dropped in key markets around the world, producers are clearly optimistic and have pushed forward with plans to introduce new brands to the industry.

In particular, many are realising the ample revenue opportunities in distillery tourism and have invested heavily in making their visitors’ centres state-of-the-art.

Diageo revealed last year that it would delay its five-year plan to significantly increase its Scotch whisky production capacity and build a new distillery in Teaninich due to slowing demand. However, other producers have predicted that demand will grow in the coming years.

Rival Pernod Ricard could be seeking to triple capacity of its the Glenlivet single malt Scotch whisky if recent planning proposals are approved. Other new distilleries in the early stages of planning include a renovation of Lindores Abbey in Fife and a convertion of the historic Borodale House on Raasay, in the Hebrides.

Click through the following pages to see which other new or planned distilleries have got the Scotch whisky industry talking. If you think we have overlooked any, let us know by leaving a comment below.

For more information on which Scotch whisky brands are excelling in the industry, see our Global Scotch Whisky Masters 2015 published in the June issue of The Spirits Business magazine. 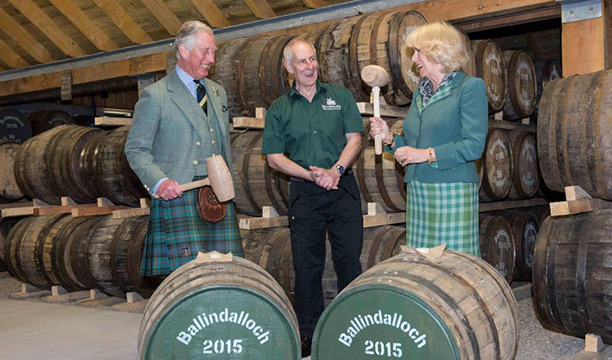 Touted as Scotland’s first single estate Scotch whisky distillery, Ballindalloch fired up its stills in November 2014 and was officially opened by the Prince of Wales and Duchess of Cornwall last month. Based on a historic estate of the same name, the distillery creates whisky using barley water sourced from its own same land, only outsourcing yeast. While many new Scotch whisky producers release gin or vodka to fund operations as their whisky ages, Ballindalloch will exclusively sell Scotch, the first batch of which will be ready in the next eight to 10 years. 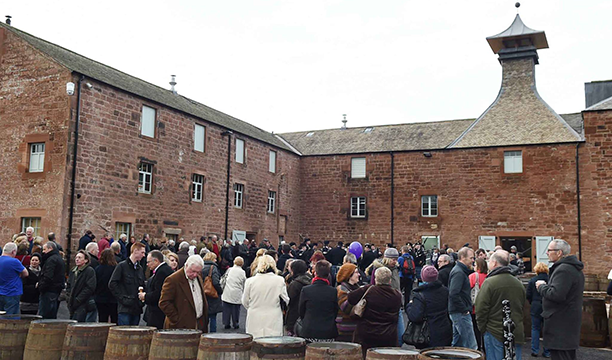 After lying dormant for almost 100 years, the historic Annandale Distillery restarted production in November last year after receiving investment of £10.5 million. Based in the southern Scottish region of Dumfriesshire, the distillery was brought back to life by David Thompson, a sensory consumer scientist, and his wife Teresa Church. The vicinity, which once made liquid for Johnnie Walker, will launch two single malt Scotch whisky labels: the Man O’ Sword, inspired by King Robert the Bruce, and Man O’Words, inspired by Scottish poet Robert Burns, both of which will be available by early 2018. The first barrel of Man O’Words was recently bought for £1m. The race to open Glasgow’s first single malt whisky distillery commenced in March this year between The Glasgow Distillery Company (GDC) and The Glasgow Distillery and Visitors’ Centre. However, GDC sprinted over the finish line and has now begun production of its single Malt Scotch whisky, which does not currently have a name. As its own whisky ages, GDC acquired a selection of “rare” single malt casks to bottle, launching 26-year-old Speyside single malt Prometheus in January this year.

The Glasgow Distillery and Visitors’ Centre 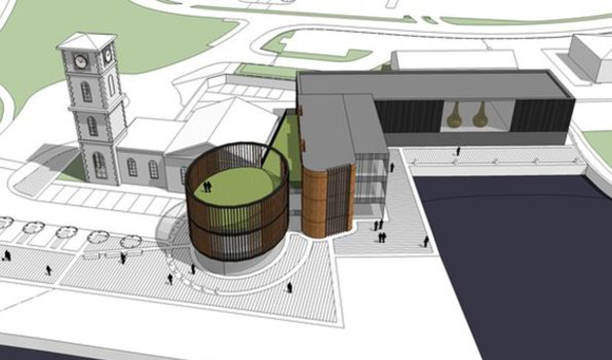 Led by former Morrison Bowmore man Tim Morrison, plans for The Glasgow Distillery and Visitors’ Centre were first unveiled in October 2013. The £10m site is a transformation of the city’s iconic pump house building on the banks of the River Clyde and will feature an “interactive and educational” visitors’ centre, expected to open this autumn. 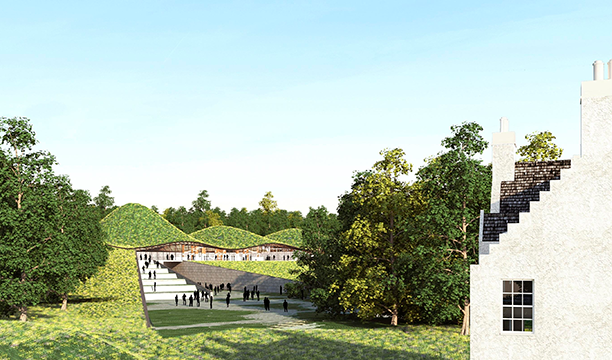 One of the most high profile new distilleries in the Scotch world will belong to The Macallan. Brand owner Edrington revealed its plans to mothball its existing Macallan distillery and open another Speyside site in November 2013. The £100m distillery was approved by Moray Council in August the following year, while construction started in December. Slated to officially open in spring 2017, the new distillery will “significantly increase capacity” for the brand. Edrington has partnered with architects Rogers Stirk Harbour + Partners to build the distillery, which complements the surrounding area with a grass-covered undulating roof. 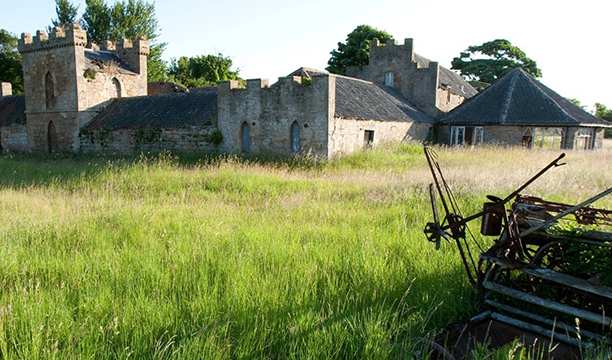 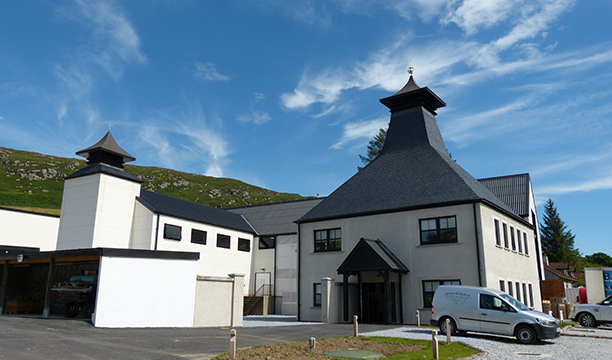 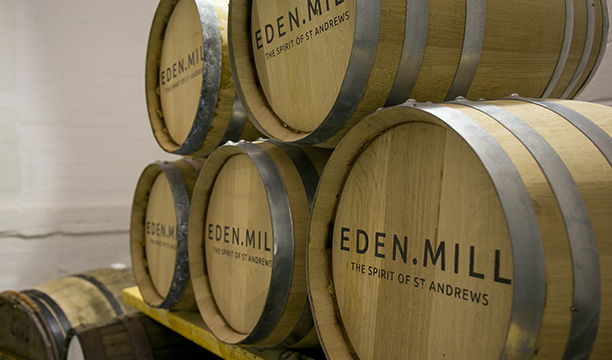 Eden Mill became Scotland’s first combined brewery and distillery last August when it branched into whisky and gin production. The move brought whisky distilling back to the St. Andrews-based site for the first time in 150 years, since the Haig family produced grain whisky at the former Seggie Distillery between 1810 and 1860. Despite its infancy, the distillery has quickly pushed innovation in the Scotch industry. Appealing to its brewing heritage, Eden Mill uses malts inherent to beer in its mash – Golden Promise, which is historically local to Fife. 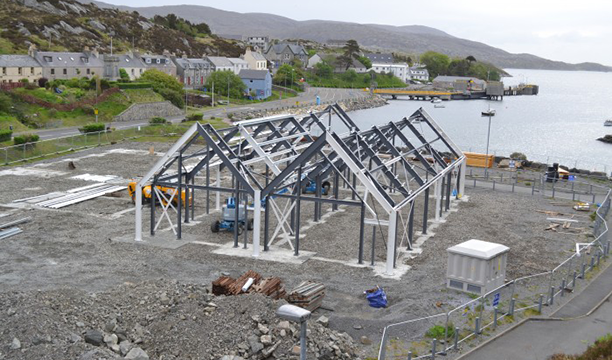 In March 2014 work commenced on building only the second distillery to be based in the Outer Hebrides, called the Isle of Harris Distillery. Billed as having the potential to “open up an entirely new whisky region for Scotland”, the distillery, based in Tarbet, has received £10 million from 17 private investors as well as a number of public investors. Construction is due to be completed imminently, while no set release date has been announced for its The Hearach single malt bottling. 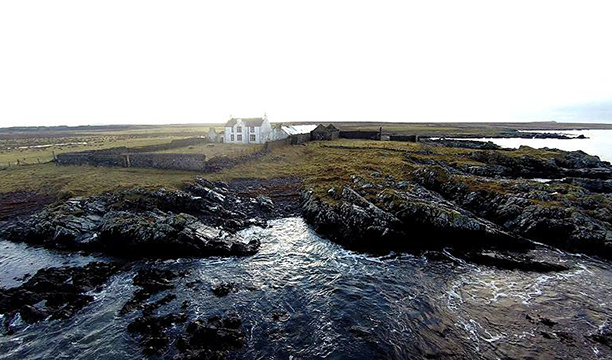 Plans for Islay’s ninth Scotch whisky distillery were revealed in January last year. Garbreck Distillery will produce 100% peated single malt whisky from its two fire-heated copper pot stills – the only distillery on the island to use such equipment. Set to open this autumn, the distillery is situated near Lochindaal, just west of Bowmore and across the sea from Port Charlotte. Founded by Jean Donnay, owner of Brittany distillery Glann ar Mor distillery in Brittany, France, Gartbreck’s whisky will be aged primarily in Bourbon barrels, with a limited number of Sherry cask bottlings.