In the midst of a renaissance, bartenders are creating a booming independent bar industry of their own in Liverpool, UK, full of tikis, speakeasies and dive hangouts, writes Barchick.

Liverpool has had a lorra lorra love of late (apologies, Liverpudlians). A few behind-the-times folk were left doing a double take when the Capital of Pop Culture was voted among the top three cities to visit in 2014 by travel bible Rough Guides. Some people still thought of it as gritty or down and out, resilient and quick-witted, but not somewhere for a weekend break, and most certainly not for a well-crafted tiki cocktail.

A lot has changed, but when it comes to drinking, Liverpool is not just doing craft cocktails; it’s doing them well, and it’s doing them their way. The best bars in the city aren’t owned by corporate groups or outsiders, but are run by local bartenders who are at the heart of a burgeoning independent bar industry.

In the last decade, development in Liverpool has happened on an unprecedented scale. Multi-billion-pound investment has completely regenerated the city centre, most notably around the Albert Dock and Ropewalks area, and this has had a positive knock-on effect for the bar industry. But what has changed of late is that the most recent spate of bars has come from the people previously behind the stick. After spending years mixing drinks designed by others and opening places on behalf of bigger companies, some of Liverpool’s hottest bartenders put down their shakers, stepped out from behind the bar and firmly planted themselves in the driving seat.

The first of this new wave of independent bars came five years ago with the opening of Santa Chupitos, a good time party bar in the Ropewalks area. Sick of launching venues for people lacking passion, rum fiend and bar consultant John Ennis (The Living Room) teamed up with his school friend Matt Farrell, scraping together just enough cash to make it happen. “We even had to borrow the float on opening night,” recalls Farrell. With the addition of Nick Thomas, the trio of partners went from strength to strength. Next came Salt Dog Slims, doing hot dogs and steins of beer, with 81LTD hidden downstairs, a speakeasy so true to its genre that you need a special code to gain access. The group’s latest addition is right next door, Pork Chop Express, a BBQ and smokehouse specialising in slow-cooked meats and mega cocktails. They also boast El Bandito, a naughty, late-night Tequila basement. That’s a veritable bar empire.

“When Santas opened it had a chain effect, and a year later we opened Aloha,” explains Ryan McMahon, former UK Bacardi brand ambassador, bartender, and now bar entrepreneur. His late-night tiki bar has enough lei garlands and flaming Zombies to sink a pirate ship, and is a firm favourite with the local crowd.

Danny Murphy, formerly tending bar at the Met, The Living Room and Alma de Cuba, is another one who’s shaking up the scene, particularly with the opening of Berry & Rye, an excellent Prohibition-style cocktail bar that will take you a couple of attempts to find. Talking of his success, he says: “It was down to being in the right place at the right time. Also, Liverpool benefits from incredible word of mouth, and an insatiable appetite for a good time, which we’re happy to feed.” Murphy and his partners went on to open Some Place, specialising in absinthe, and Jenny’s, a former seafood restaurant-turned-slick cocktail bar with a booze shop, The Whisky Business.

That “right time” Murphy mentions is multi-faceted. Previously, The Living Room had been the place to party well, thriving under good management, talented bartenders and well-made cocktails. When it split from Living Ventures in 2005 and lost its all-star bar cast, it left a gap in the market for a certain high-end, high octane drinks experience, with a bevy of bartenders eager to step up to the challenge.

The city has made investment funds available for people with the ideas and drive to make things happen. Better still, unlike much of London, there is the space to be creative here. “There are plenty of derelict buildings out there, and if you go in and spend money on them, then landlords know you’re in for the long haul,” says McMahon.

Scousers are fiercely proud of their city, and rightly so. And it is this pride that has helped the bar industry up here to boom, and will see the city continue to build as an ongoing independent success story.

Flick through the next few pages to discover the best bars in Liverpool. 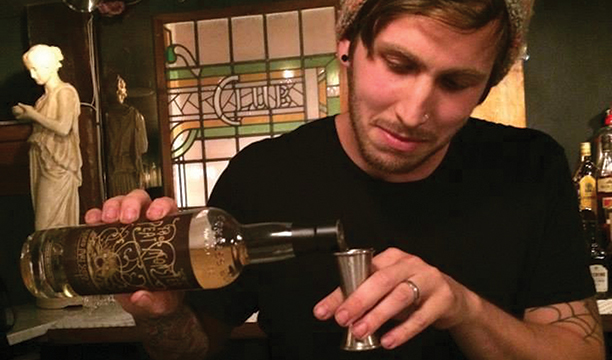 If you want speakeasy, these guys will give you speakeasy. Hidden above Salt Dogs Slims, the massive electronic door will only open if you punch in the correct code, otherwise it’s no 81LTD fun for you. There’s a cage in the corner if you plan on getting wild. 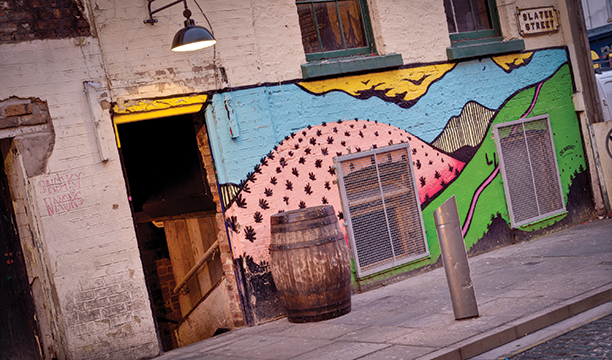 Hidden down a crumbling staircase beneath Santa Chupitos you’ll find the hottest Tequila hangout in town. Not big enough to swing a Tequila bottle, but big enough to stock plenty of them. This is the go-to spot at the end of the night thanks to its 5am close, and the bar in which to start your Tequila love affair. 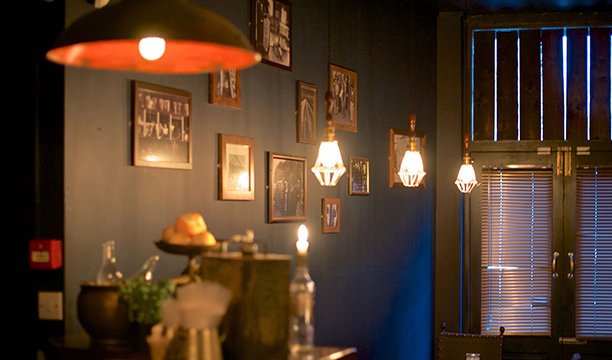 Easy to miss, but hard not to love, keep your eyes peeled for a non-descript black door on Berry Street and charm the doorman to gain entry. It’s dark and sexy, with a blues soundtrack and the bootlegger vibe on lockdown. Plus these guys know how to make some seriously good cocktails, with a menu delivered in a leather-bound encyclopaedia. 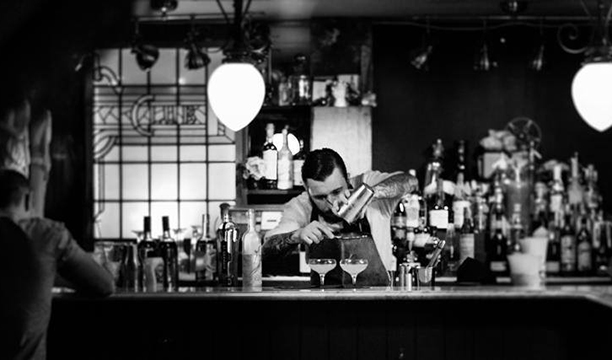 Find the awning that says ‘Jenny’s Seafood Restaurant’ and head down the stairs. Sadly you won’t find any lobsters, but there’s a booze shop stocked with boutique spirits and liqueurs that will also keep your very own bottle under lock and key ready for your next visit. The cocktails are impeccable as is the table service, and there’s a catwalk down the centre of the seating area for you to strut your stuff. 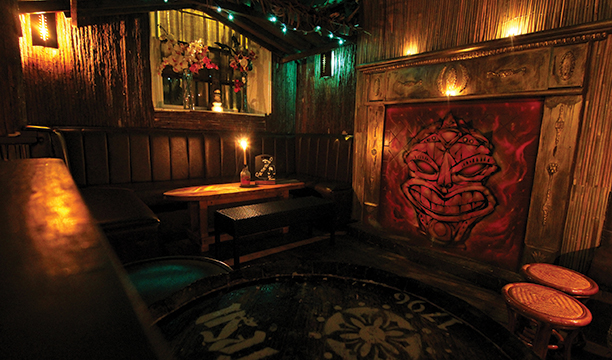 Aloha is your one-stop tiki party shop. This bar is definitely the most fun you can have with a Hawaiian shirt on. There’s a surf shack, a hammock and a whole load of graffiti going on. Grown up Pina Coladas and other tiki classics are well executed, but they don’t take themselves too seriously.