Top 10 fastest growing vodkas in the US

Whatever the driving factor, these vodka brands have overcome America’s competitive market to achieve the fastest growth of the year.

It would be nice to say there’s one defining factor behind the 10 fastest-growing vodka brands in the US; just one singular trend that’s driving the category. But the truth is the American vodka market has transformed from one heavily reliant on bulging portfolios of fanciful flavours into a complex beast with more competition than ever before.

The rise of the “craft” distiller, coupled with the relative ease of launching a new vodka brand compared to a Bourbon, has created a market fit to burst with hundreds of brands purporting USPs from organic and gluten-free to small batch production and unbelievable value for money.

But despite what has been described by some as “aggressive” competition, there are a clutch of brands making waves among consumers. Using data compiled by Technomic exclusively for The Spirits Business, we have compiled the 10 vodka brands that have witnessed the fastest volume growth in the US during the 2014 calendar year.

Eric Schmidt, director of research at Technomic, reflects that while the market has altered in recent months, the brands achieving the fastest growth were not unsurprising. “The whole landscape of vodka has changed but the brands themselves that showed up didn’t surprise me,” he says. “A lot of the brands on the list are priced in the value tier, so affordable vodkas have really done well over the last two years.”

However he warns that while value brands are growing strong, those relying on vast portfolios of flavours are finding their volumes dipping.

“What we are seeing now is vodka is taking a back seat to whisky, and a lot of the flavours that were helping brand portfolios have fallen by the wayside,” he says. “A lot of the growth over the years that was helped by flavours in vodka has turned itself to whisky and brown spirits and while vodka is not down, its growth has decreased substantially.”

However, for one brand in the 10 fastest-growing vodkas, the secret of its success lay in the tremendous uptake of one particular flavour. While much of the US vodka category is knee-deep in a flood of “flavour fatigue”, some brands are still gaining traction with their traditional fruit varieties. Meanwhile, those offering an authentic brand story are finding favour among consumers that appreciate “crafted” products over mass-produced pours.

Whatever the brand, these 10 have tapped into a particular trend, which often combined with strong marketing and distribution, has resulted in market-defying volume growth.

On the following pages we have listed the fastest-selling brands in order of growth. Only brands selling above 100,000 nine-litre cases were considered, and RRPs are given per 750ml bottle. Volume sales are given in nine-litre cases. 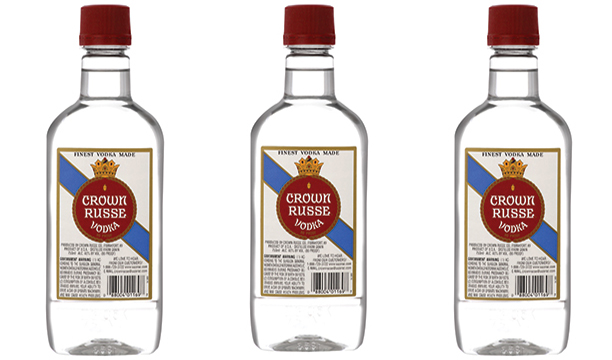 Sazerac’s “well brand” vodka, Crown Russe, continues to grow at the bottom end of the spectrum, delivering what the group describes as a “great vodka for an exceptional price”. Competition in the marketplace among the value brands hasn’t taken its toll on Crown Russe, with the brand delivering a 5% increase in volume in the last 12 months. Sazerac attributes the brand’s success this year to its focus on expanding distribution geographically and by size. Crown Russe’s availability in a range of bottle sizes from 50ml right up to 1.75 litres, has helped establish the brand as a “party vodka”. 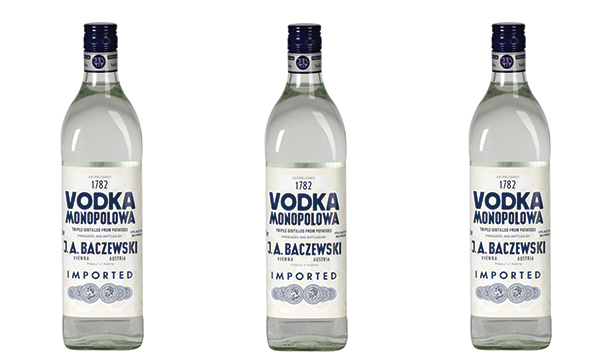 The brand, imported from Austrian group Altvater Gessler by Mutual Wholesale Liquor, has seen slow and steady growth over the past few years, growing at an average of 7% annually since 2007. A relatively small brand, Monopolowa has continued to expand despite shying away from traditional advertising or marketing, instead opting to “put our money in the product and hope that its purity speaks for itself”. Nicole Kiley, general manager of MSL, says: “There is a real artisan renaissance that is altering modern-day consumerism and people are looking beyond the façade of marketing hype. This is good news for a product like Monopolowa.” 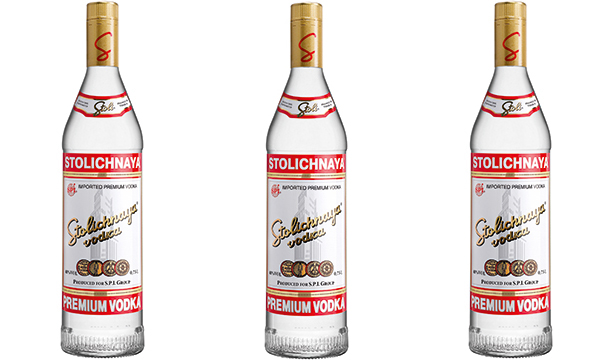 The establishment of Stoli USA’s distribution arm in January 2014 has paid dividends for Stolichnaya Vodka, giving the brand a more direct route-to-market in order to build its footprint. According to new CEO Rob Cullins, Stoli has “really focused on those key vodka regions that have the market we need to play in; fish where the fish are”. A focus on key on- and off-trade accounts, as well as the introduction of RTD Stoli Ginger Beer – which unusually went from concept to launch in just months – has helped recruit new consumers and really drive sales, as has the launch of new marketing campaign THE Vodka. 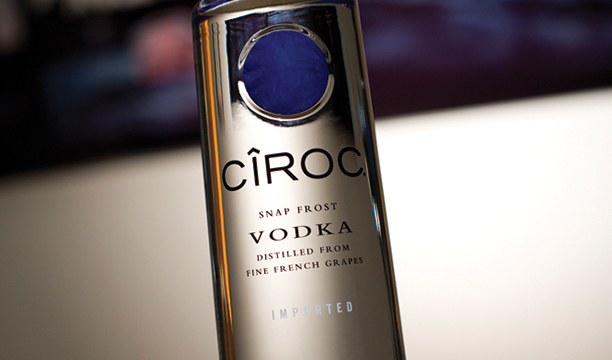 The only ultra-premium vodka on the list, Cîroc has had a remarkably strong year, thanks almost entirely to the launch of Cîroc Pineapple in August. After just a few months on the market, the flavour has grown to account for 50% of the brand’s sales. Rudy Aldana, global marketing manager for the brand, admits the flavour has cannibalised sales of some of the brand’s other expressions, but has also driven growth for the brand. Cîroc has escaped the price compression felt at the lower end of the market, delivering robust 7.7% growth for the year.

“In the premium-and-below segments flavours are taking a big hit, but Cîroc is doing really well.” 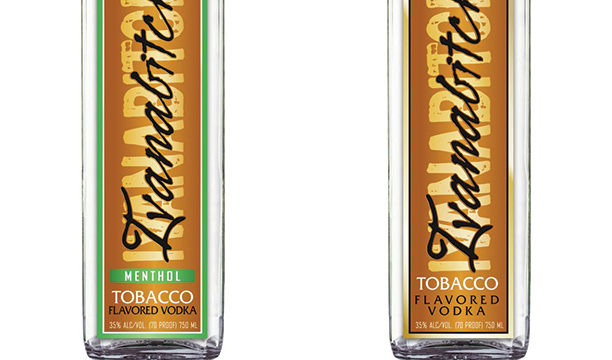 With a quirky name and plenty of choice within its portfolio, Ivanabitch Vodka has focused on organic growth through expanded distribution rather than traditional advertising and marketing spend. Rather than compete financially against other value-priced brands, Ivanabitch has relied on its “loyal customer base of Millennials and the ethnic market” to drive sales. According to Steven Koegler, chairman of importer International Spirits: “Brand loyalty in the value category exists but at a much lower level than the premium/super-premium categories. I really believe our edgy name, standout packaging and robust flavours are the reasons for success; most of our loyal customer base continues to enjoy our product.” 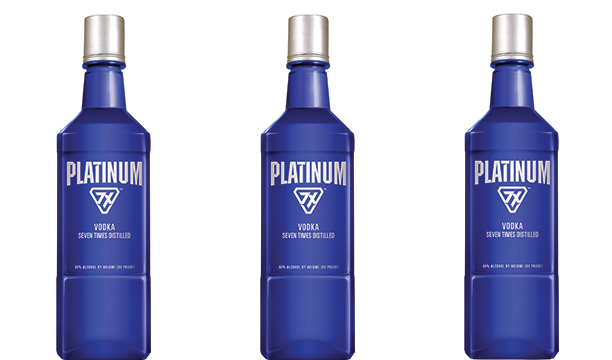 A key player in Sazerac’s vodka portfolio in the past few years has been Platinum 7X, which has steadily expanded its footprint across the country in the past 12 months. Another “high quality vodka at an accessible price point”, Platinum 7X stakes its success on the one core variant, shunning flavours to establish the brand as a premium product. “We have more visibility and distribution now than we had five years ago, so that helps with consumers being able to find the product,” explains Tracey Clapp, marketing director, vodka, Sazerac. “Platinum 7X is committed to avoiding flavours and focusing only on making really exceptional straight vodka.” 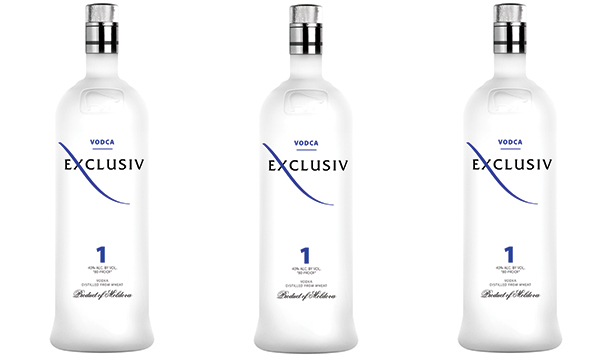 The Moldovian vodka is by no means a national brand – it’s present in just 32 states – but its slow and measured roll-out across the US is delivering incremental double-digit growth. Described as a “premium vodka with a value price”, Exclusiv took on seven new markets in 2014, including Illinois, Arizona and California, supporting its expansion with a strong social media presence. Serge Chistov, president, Exclusiv Vodka USA, says: “Over the last 10 years the perception that vodka needs to be expensive to be good is changing. The aisle is becoming so crowded with newcomers who have exceptional vodkas, local and imported, without the Grey Goose price tag.” 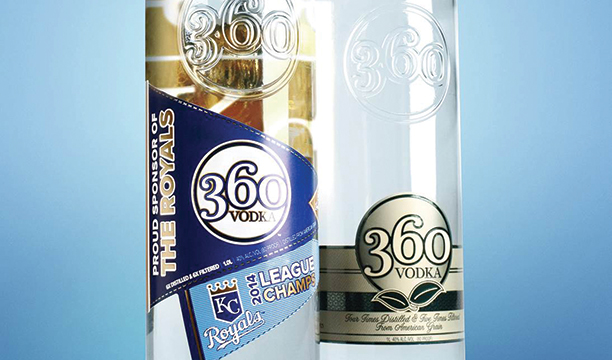 As the only “eco-luxury sustainable vodka” on the market today, 360 Vodka certainly has a USP and authentic story to satisfy discerning consumers, but according to Ed Pechar, it’s the brand’s distribution partnerships that have secured its fast growth in the last year. Granted it’s been off a relatively small base, but in the last 12 months 360 Vodka has gained traction among consumers in its hometown of Missouri with its Kansas City Royals bottle, as well as nationally with a special Patriot bottle dressed in red, white and blue, which is paraded during national holidays. 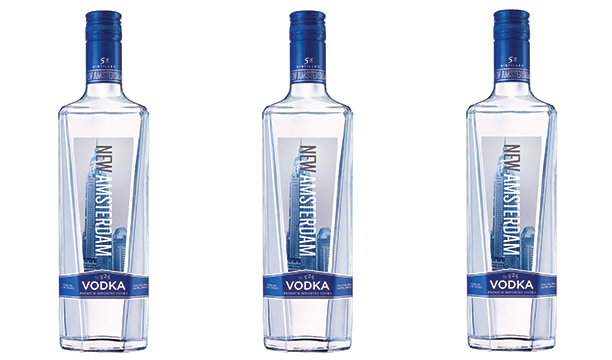 New Amsterdam hit headlines in 2012 when it became not only the fastest-growing vodka for that year, but one of the only spirits brands to hit one million cases in its launch year. Brand owner E&J Gallo is really utilising its vast national distribution network to push New Amsterdam into the on- and off-trade, which coupled with a highly visible marketing campaign, It’s Your Town, plus several flavour launches, is continuing to deliver double-digit growth year-on-year for the brand. Gerard Thoukis, senior director of marketing at New Amsterdam, explains: “Our success can be attributed to the brand’s aspirational positioning, premium package, exceptional quality and approachable price, all characteristics which strongly resonate with our target millennial consumer.”

In fact, the brand has grown so robustly since its launch that New Amsterdam has already become the largest vodka of the 10 fastest-selling. “In the year ahead, we will continue to explore new ways to grow the New Amsterdam brand by remaining connected to the needs of our target consumer,” Thoukis adds. “We hope to continue to increase brand awareness and trial through our ongoing 360-degree marketing campaign.” 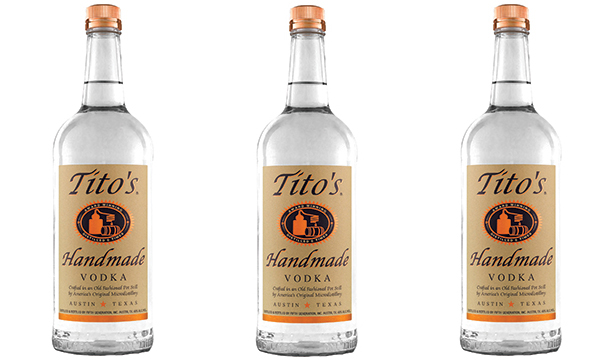 The biggest vodka success story of this decade so far is the exceedingly strong growth from “handmade” independent Texan brand Tito’s. Its rags to riches story, coupled with craft credentials that tap into the “rebirth of American pride in making things”, has created a whirlwind of excitement around the brand. What’s even more interesting is that Tito’s has largely grown without the assistance of a portfolio of flavours or traditional advertising, rather social media and good ol’ word of mouth have been the drivers behind this year’s 44% growth, as well as increased national distribution and a listing on all United Airlines flights as the exclusive vodka.

Nicole Portwood, VP brand marketing, Tito’s, says: “The craft movement is a bellwether of the rebirth of American pride in making things and has permeated not only our industry, but everything from furniture to clothing to energy bars. Tito was a true pioneer in this space, and has been doing things in fundamentally the same way since he began this journey in 1995. We are not retroactively trying to fit in to the craft movement; we are an indelible part of the craft movement because Tito was one of its unwitting founders 20 years ago.”