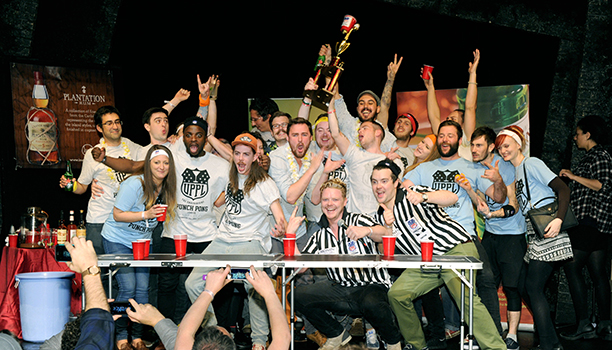 The Undergroung Punch Pong League is returning for another year with the Bartenders’ Challenge Cup, a collaborative event organised by Monin, Plantation Rum and co-founder of London Cocktail Club, JJ Goodman. Regional heats are scheduled to take place throughout the UK, which will see multiple pairs of bartenders go head-to-head in “beer pong-style” tournaments, but with the traditional beer replaced by Black Pearl Punch. 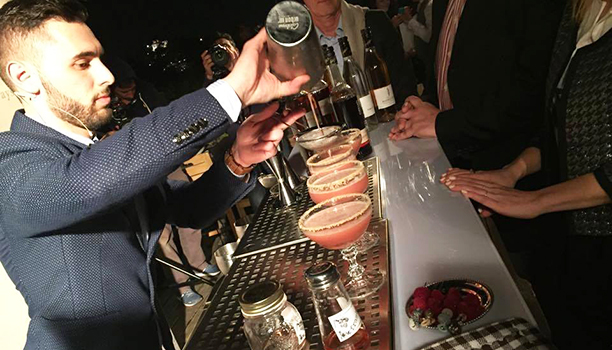 Talented bartender Aslanidis Pavlos was crowned the winner of the Hellenic Giffard West Cup this week, with his cocktail creation called What Was Left. 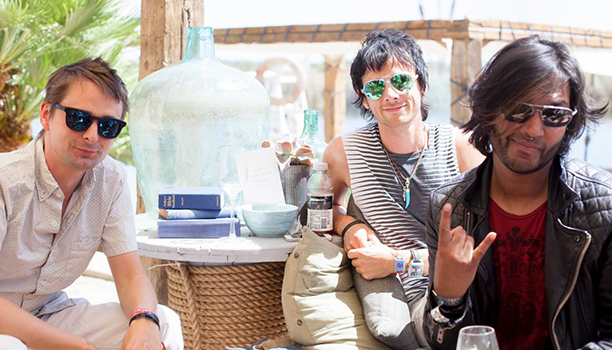 Grey Goose Vodka shared some snaps on Facebook this week from their time at Coachella music festival in the US. Rock band Muse took a break from their busy schedule headlining the event to hang out at Soho House with the super-premium vodka brand, where guests were catered for with a myriad of Grey Goose cocktails and an exclusive French Riviera themed brunch in the sun. 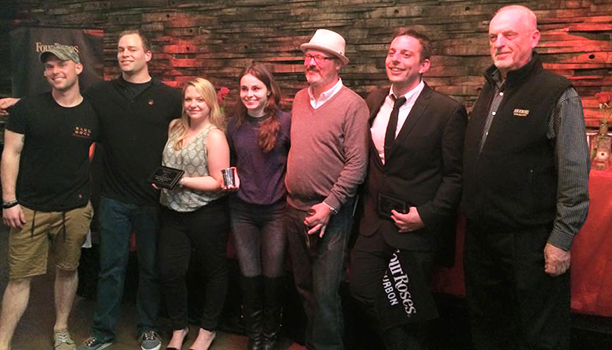 Four Roses Bourbon named its 2015 Rose Julep Lexington competition winners this week, as voted for by both Bourbon fans and a panel of judges. The People’s Choice Winners were announced in order of Jordan Spence of Bella Notte in first place, Adam McCraith of OBC Kitchen and Mike Abbott or Heriloom. The Judges’ Choice Winners were decided in order of Joann and Rebecca of Table 310 joint first, Adam McCraith of OBC Kitchen and Ty Corriveau of Saul’s Good. 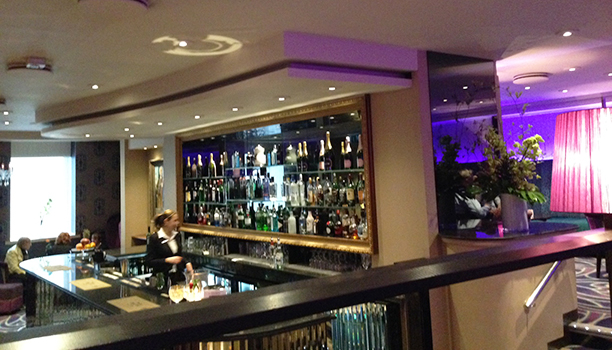 SB headed to The Mask Bar at the Strand Palace Hotel this week for a catch up with if…communications this week and sample one or two tipples on the menu before a grand overhaul and relaunch later this year. 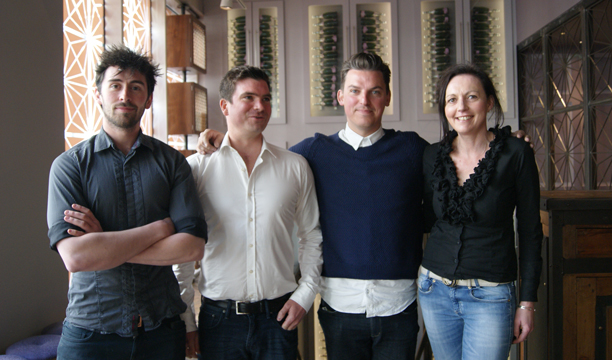 Judges gathered at The Anthologist in central London to judge this month’s Swizzle Masters heat, Cognac Old Fashioned. This round’s brief required bartenders to mix a cocktail featuring H. Mounier Cognac, bitters, a sweetening ingredient and garnish – with, of course, at least a dash of Wenneker Liqueurs. 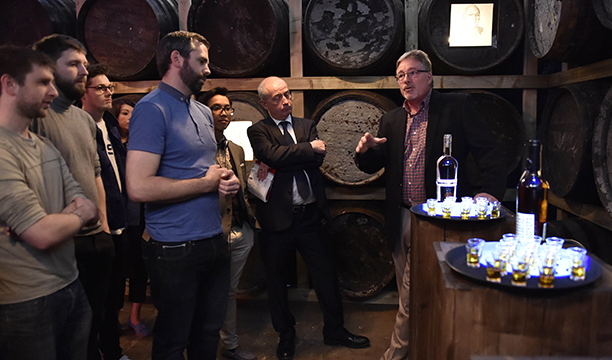 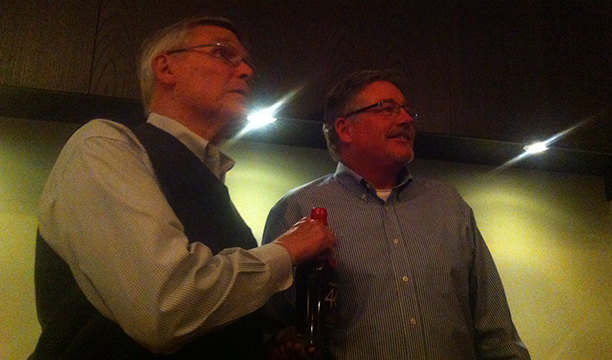 SB had the opportunity to get the lowdown on Beam Suntory’s Bourbon history and future plans at a private dinner hosted by Samuels (left) and Smith (right) at stylish Soho bar and restaurant MASH. They led a tutored tasting of Maker’s 46 and also discussed a few details of the brand’s US$67 distillery expansion. 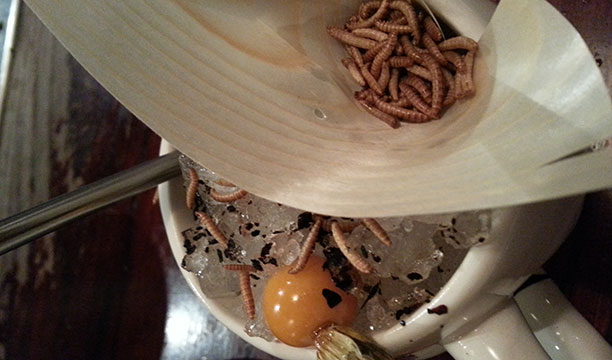 London bar Nightjar unveiled its new cocktail menu this week, which contains one or two surprises. From next week, guests will be able to order the Inca, a Mexico-inspired concoction which comes topped with a generous sprinkling of dehydrated mealworms. 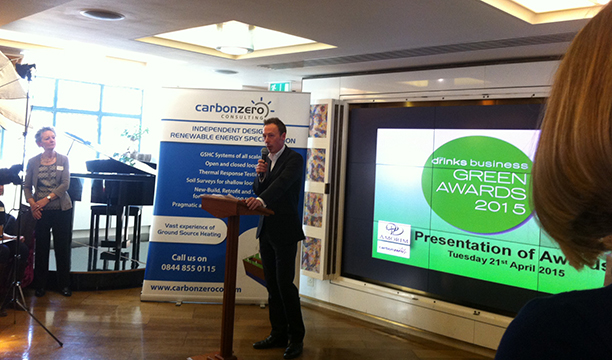 SB’s sister publication the drinks business celebrated the great and the good of the green wine, spirits and beer worlds with its annual Green Awards competition. Among those recognised for their leadership in the sustainable drinks sector were Chivas Brothers, Bombay Sapphire and Chase Distillery. 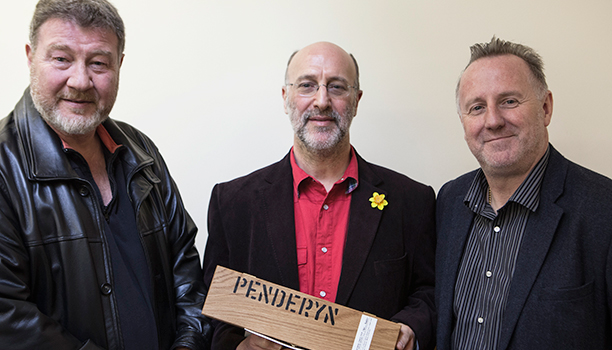 Penderyn Distillery named Mark Lewisohn, author of The Beatles – All These Years: Volume One: Tune In, the winner of the inaugural Penderyn Music Book Prize, announced during the Laugharne Weekend festival. Lewisohn was awarded with a £1,000 prize and a bottle of Penderyn Single Cask single malt whisky presented by Nigel Short and Penderyn managing director Stephen Davies.

“Good stories, music and the finest single malt go hand-in-hand,” said Davies. “Congratulations to Mark. We look forward to the next instalment.”