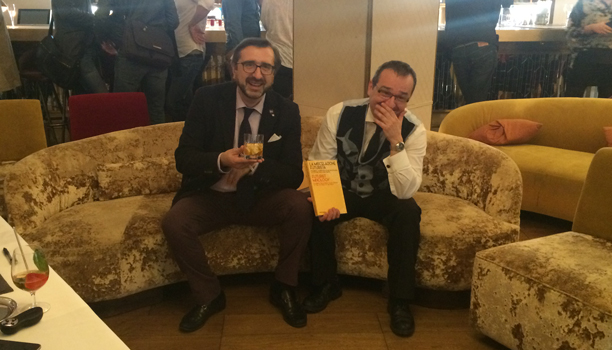 On Tuesday, sb attended a seminar hosted by principal of Cocchi, Roberto Bava, and expert Fulvio Piccinino to tell the story behind the futurist period and inspire bartenders with the launch of their new book, Futurist Mixology: Polibibite, The Autarkic Italian Answer to the Cocktails of the 1930s. 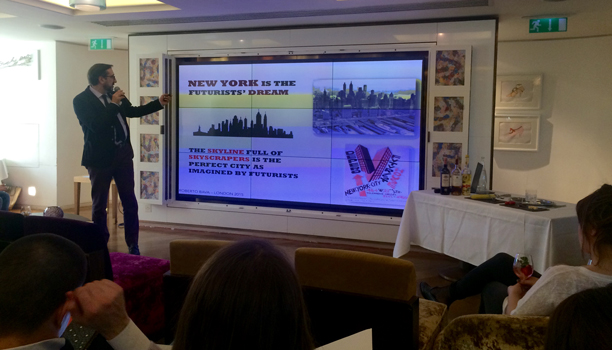 Cocchi’s Roberto Bava said: “We brought the seminar to London because we had something to tell – a piece of history. Futurist mixology is authentic, vintage, classic, and in a way crazy but perfect, and we want people to have the opportunity to try it.” 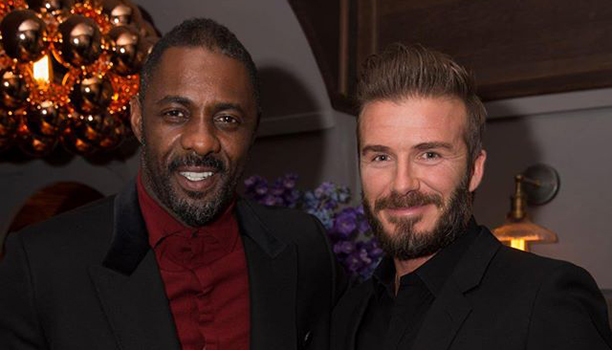 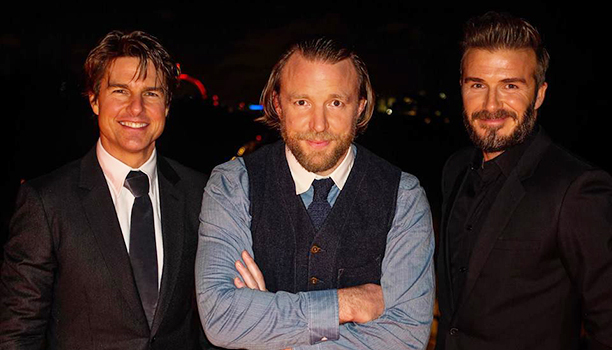 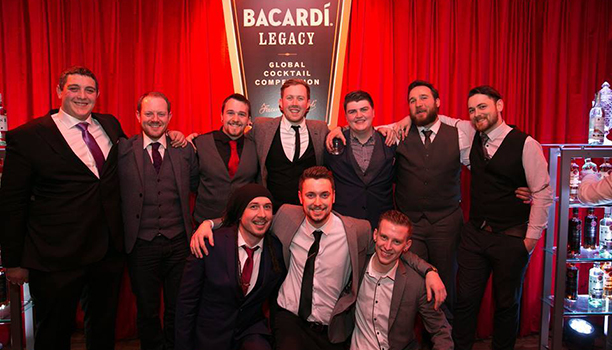 Karim Mehdi (pictured far left), of Saba Bar in Dublin, was victorious in the Irish final of the Bacardi Legacy Global Cocktail Competition. Mehdi triumphed in the competition with his cocktail creation Simply Garrigue and will represent Ireland in the global final in Sydney later this year. 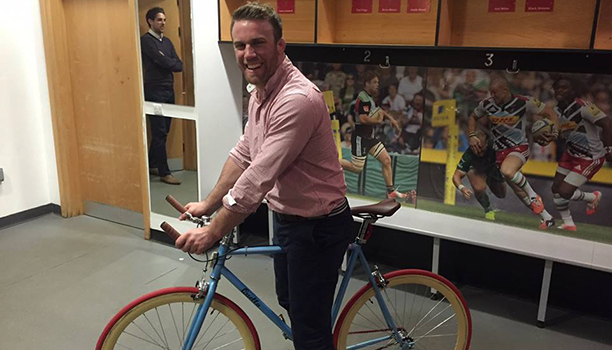 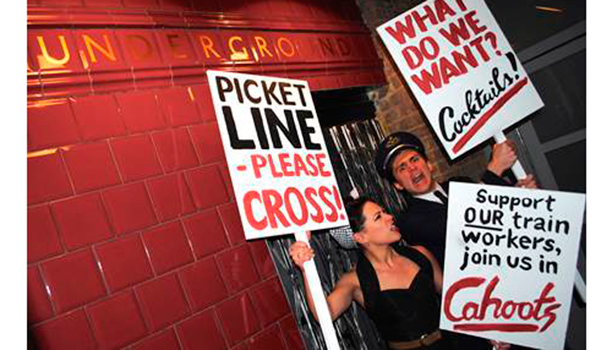 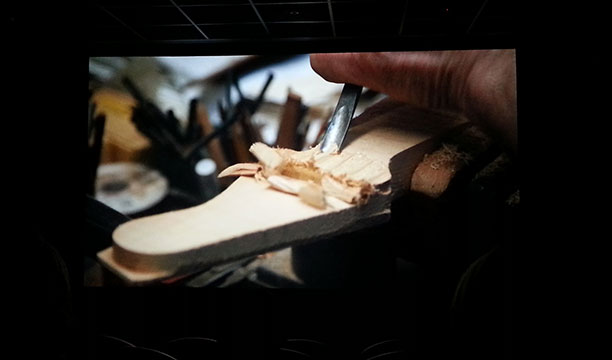 Keen to establish itself as a craft brand, The Balvenie single malt Scotch whisky has created a 45-minute film celebrating the work of craftspeople all over the world, including a guitar maker in New York who hand carves his pieces from reclaimed wood. The brand showcased the film this week to members of Warehouse 24, the online community of fans of The Balvenie, at a private screening held at the Charlotte Street Hotel. 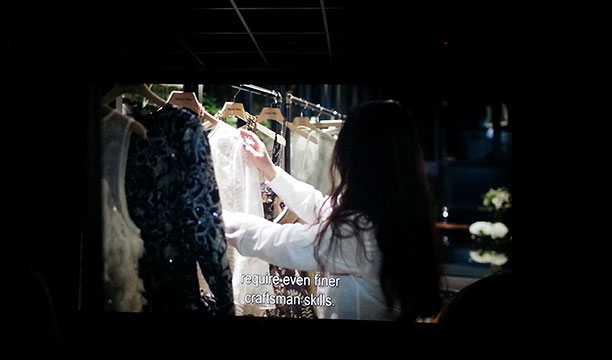 The Balvenie film, titled The Intelligent Hand, also follows the work of a fashion designer in Taiwan (above), a leather bag maker in Moscow, and a bell crafter in France. 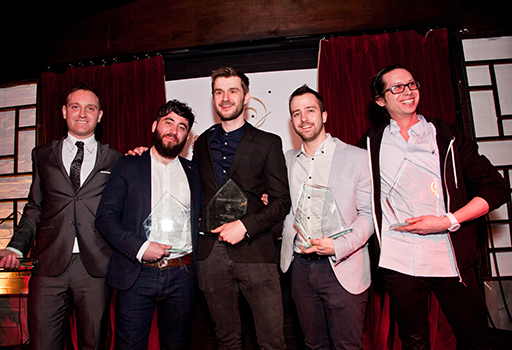 Cocktail competition season is well underway and this week saw Diageo Reserve World Class announce the first five bartenders through to the UK final. Having proven their expert mixology skills to a panel of esteemed judges, the first finalists are Luca Corradini, American Bar at The Savoy; Tim Laferia, Red Bar at London’s Bam Bou; Kyle Wilkinson, London’s Blind Pig; John Hughes, Edinburgh’s Bramble Bar; and Jamie Jones, Birmingham’s No Fixed Abode. They will now continue to the next stage of the competition at Drummuir Castle in Scotland this June where they will face competition from five other contenders to be announced next month. 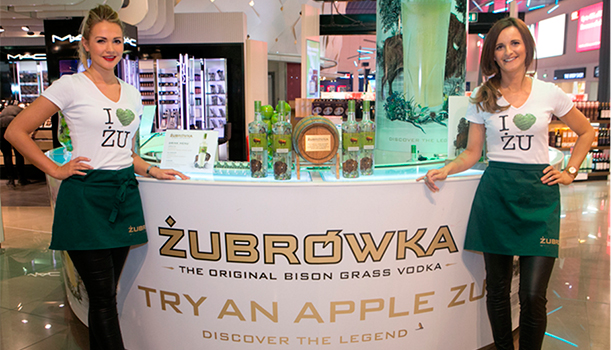 Until the end of March, Zubrowka Bison Grass flavoured vodka is hosting sampling activations at World Duty Free in Manchester and Gatwick airports. Bison models will be on hand to guide guests through the store for “stop and shop” conversations. 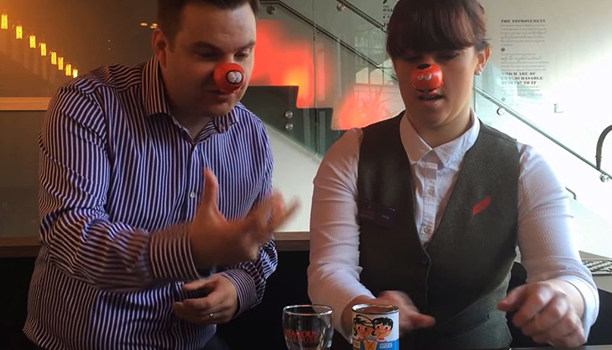 As Comic Relief fast approaches, the team at Glenturret Distillery, home of The Famous Grouse Experience, has busy fundraising by holding exclusive red nose tasting masterclasses on YouTube to raise money for the appeal. The clip depicts Stuart Cassells, distillery general manager, and Lucy Whitehall, resident whisky expert, discuss their tasting notes on a “very unique blend” in the spirit of doing something funny for money in return for generous public donations. 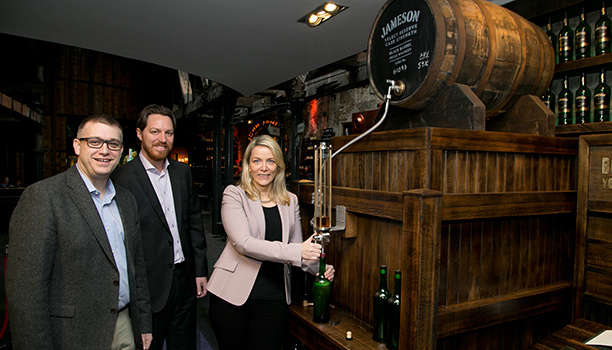 Thursday marked the official launch of the new Jameson Bottle Your Own facilities at the Irish whiskey brand’s Old Jameson Distillery in Dublin.

Anna Malmhake, chairman and CEO of Irish Distillers Pernod Ricard had the honour of being the first person to hand-fill a 700ml bottle of a new and rare Jameson expression. Daniel Lundberg, Jameson global brand director, and Brian Nation, master distiller at The Midleton Distillery, were also in attendance for the official opening. 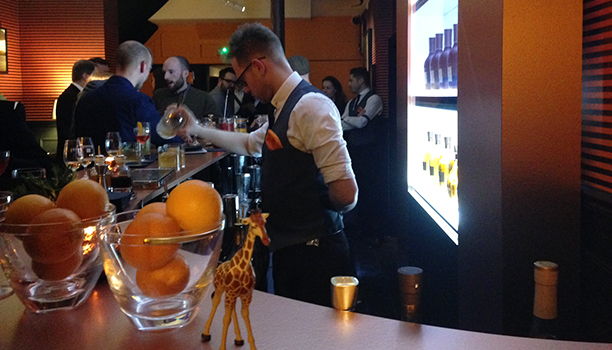 On Thursday evening team sb hotfooted across the city to Soho for the launch of Glenmorangie’s Unseen Bar, hosted by global brand ambassador Karen Fullerton. The pop-up venue, which will be welcoming guests until next weekend, offers an array of Glenmorangie Scotch whisky cocktails. 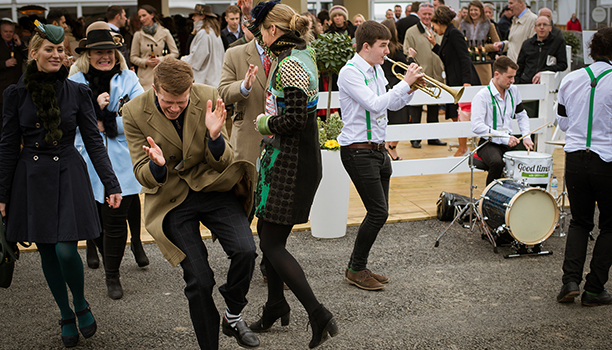 As the official partner of The Jockey Club and exclusive gin at Cheltenham Races, Greenall’s London Dry Gin is providing ample entertainment to guests with the Greenall’s jazz funk band. According to sources, Greenall’s Spring Collins cocktail has gone down a storm with race-goers, who are also indulging in G&Ts throughout the various Cheltenham bars.