The American Bar at London’s iconic Savoy hotel has launched the second annual edition of its 125 Anniversary Scotch whisky – a 48-year-old Macallan – with new packaging containing a real piece of the original bar.

Last year, The Savoy celebrated its landmark anniversary by launching a range of “extremely rare” handcrafted decanters of Speyside single malt The Macallan, of which there are only 15 in the world.

This year, three whiskies have been launched featuring an Art Deco-style bespoke bottle and handmade presentation box containing a piece of wood from the original American Bar.

While The Savoy first began selling limited edition bottles to loyal guests many years ago, the tradition was revived last year with the release of 121 bottles of a 21-year-old Macallan. 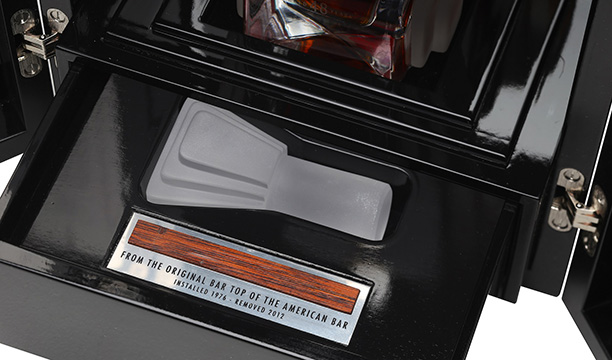