The most highly recommended craft spirits

As the craft spirits market goes from strength to strength, consumers are becoming spoiled for choice – but, don’t fear, a new book has jumped in to lend a helping hand.

Freelance food and drink journalist Emily Miles recently published a craft spirits guide, called Craft Spirit World: A guide to the artisan spirit-makers and distillers you need to try, naming a host of distilleries and their best products any artisan fans must try.

Looking across the globe, Miles identifies which she believes are the “best distilleries in the world”, many of which operate by a “grain to glass” ethos.

She shines a light across the breadth of the industry, examining everything from vodka and absinthe, to rye whiskey and fruit brandy.

For the purposes of identifying a working definition of “craft” in her book, Miles states that such brands should be defined by “individuality and integrity” and should not be restricted by size.

We’ve selected a few standout recommendations mentioned in the book, which is available from the end of this month at an RRP of £16.99.

Click through the following pages to view some of Emily Miles’s recommended craft spirits brands. Please note this is not an extensive list of her recommendations. 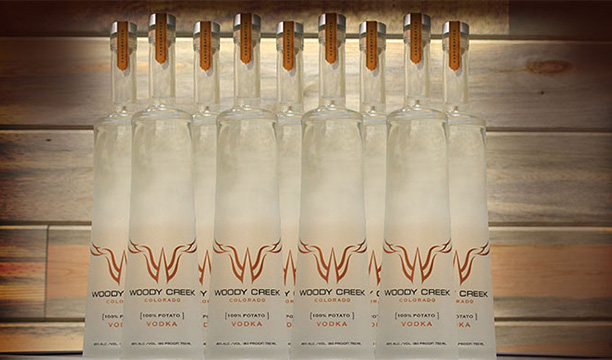 This vodka, created by Colorado-based Woody Creek Distillers, is an example of the growing sub-sector in the US of farm-to-bottle distilleries. Husband and wife team Mary and Pat Scanlan planted historic potato varieties to create their range of spirits, of which their Signature Potato Vodka is a firm favourite.

Based in Dorset, the UK, Black Cow Distillery launched what it claimed was the “world’s first” pure milk vodka in 2013. Distilled entirely from whey, Black Cow Vodka is the brainchild of dairy farmer Jason Barber and his business partner Paul Archard. Miles describes the expression as a “fine sipping vodka” with a “whiff of milky creaminess”. 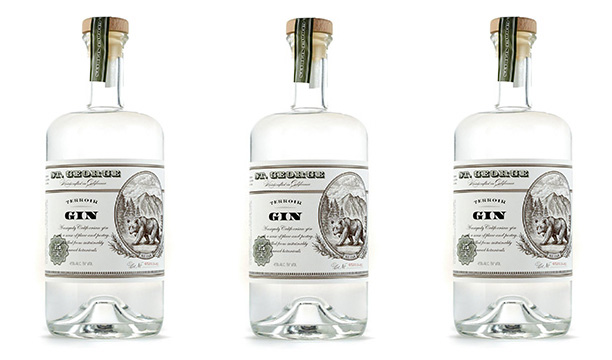 Stalwarts of the US craft distilling circuit, the team at St George Spirits, based in California, took the artisan ethos to another level when they created Terroir Gin. The expression is made using “evocative” botanicals of Douglas fir, California bay laurel and coastal sage, among others.

Based in Amsterdam, the A.Van Wees Distillery De Ooievaar is run by master distiller Fenny van Wees. Her Oude Genever is described as “the pride of the distillery” that inhabits a “hinterland between gin and whisky”. 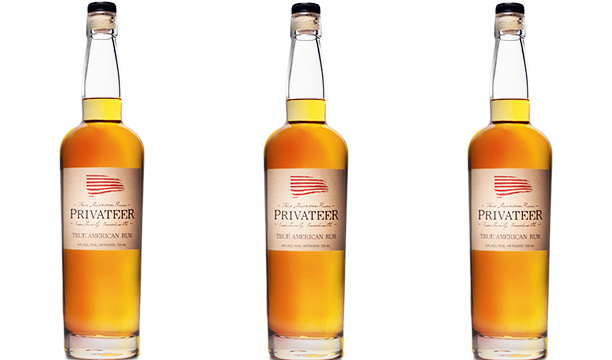 Produced by the Newport Distilling Co., based in Rhode Island, Thomas Tew is a traditional style of rum made from backstrap molasses and tempered with local water before distillation in an 88 gallon copper pot still. The rum, said to have notes of coconut, vanilla, butterscotch and toffee, is named after a legendary pirate.

Another pirate-inspired craft rum brand Miles urges readers to taste is Privateer True American Rum, created in Ipswich. The rum comes in two variants, silver and amber, which have been aged in a combination of American, French and Hungarian oak. 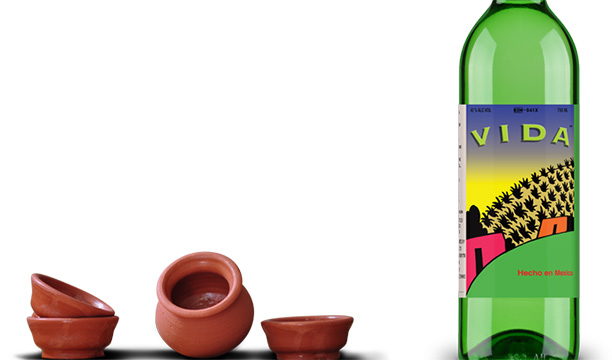 Produced by French Tequila distiller Sophie Decobecq, this Tequila is made from agaves which are grown at high altitude and selected for “optimum fermentable sugars”. Distilled in small batches at the Agaveros y Tequileros Unidos de Los Altos distillery, the brand also has reposado and añejo variants.

Described as a “single village” mezcal, this brand prides itself on pushing innovation in the fast-emerging mezcal category. Its hand-crfated Vida expression is twice distilled, very slowly in small wood-fired, riverside copper still, and is flavoured to enhance mixability in cocktails. The distillery’s Ibérico was included in The Spirits Business‘s top 50 innovative spirits launches of 2014 list due to its infusion with Ibérico de Bellota ham. 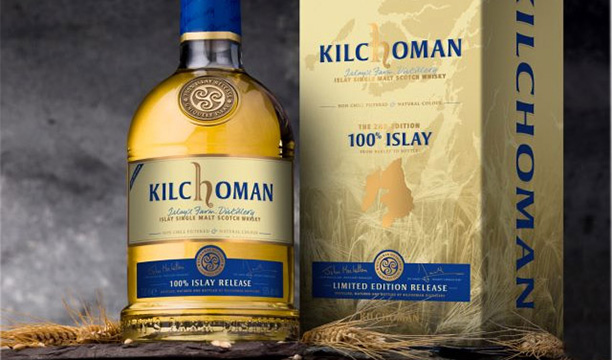 Islay-based Kilchoman is well-known as a independent farm-to-bottle distillery, founded in 2005. It is also one of the smallest distilleries in Scotland, and one of the select few which still practice floor maltings, using barley which is grown on its farm. The distillery’s 100% Islay expression, of which four different editions have been release so-far, is a firm favourite among fans, with all elements of its production taking place on its home island.

Tasmania may not be renowned for its whisky, but Sullivan’s Cove distillery has certainly made its mark on the industry in recent years, winning the World’s Best Single Malt Whisky at the World Whisky Awards in 2014. Its now rare French Oak Port Cask variant, described by Miles as “lush” and “full” with an “oleaginous mouthfeel”, experienced such soaring popularity in its domestic market that the distillery announced last year it would reducing its exports. 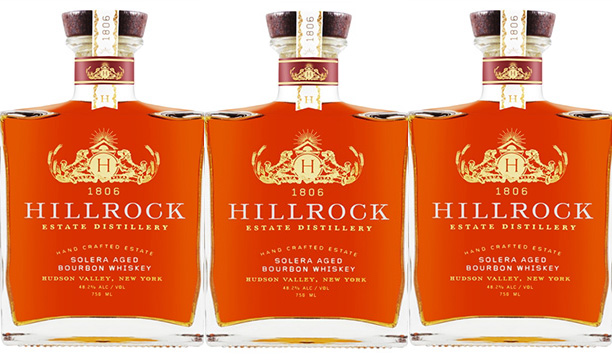 Another distillery which lives by the grain to glass ethos is the Hillrock Estate Distillery, based in the state of New York, which has a farm, malthouse and distillery all on the same site. Hillrock also claims to be the first distillery in the US to since before Prohibition to floor malt and hand craft whiskey on site from estate-grown grain. Its solera-aged Bourbon is thought to be the first Bourbon in the world aged in this way, with an average age of six-years-old.

Founded in 2008, Koval is Chicago’s first legal distillery since Prohibition, and boasts an array of innovative spirits, as well as “state-of-the-art, industry-leading” distillation equipment. Its single barrel expression is made up of not only the prerequisite corn, but also Millet – one of the main cereals in Asia and Africa which is gluten-free. 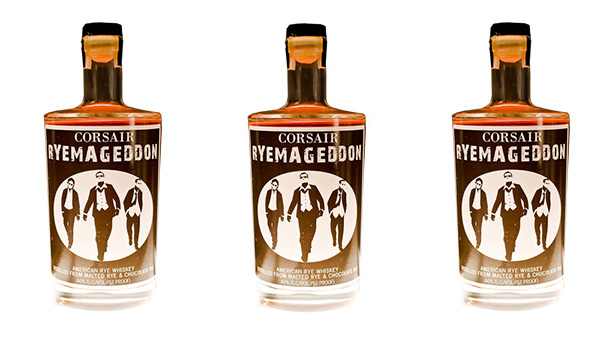 Darek Bell and Andrew Webber have a reputation as some of the most experimental and innovative individuals in the US craft distilling scene. Miles describes their distillery, Corsair, as “craft with attitude”. Distilled from 80% rye and 20% chocolate rye, their Ryemageddon is described as having a “dark mouthfeel” and “sour rye-bread complexity”.

Based in Kansas, the Dark Horse Distillery is family-owned and family-operated, producing an average of 250 proof gallons of spirits a week. Its small-batch Reunion Rye is made with 100% rye grains is described by Miles as an “old-style whiskey” that offers notes of caramel, toffee and black pepper on the palate. 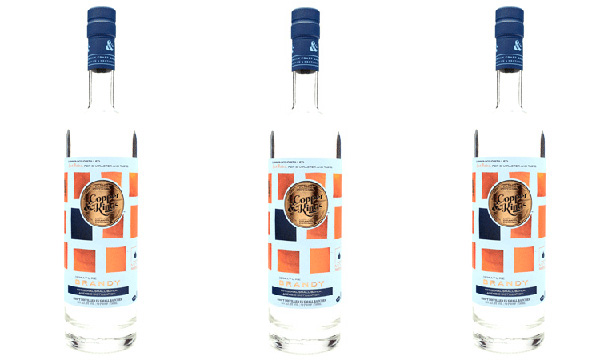 This un-aged brandy, created by Kentucky-based Copper & Kings American Craft Brandy distillery, is distilled from Muscat-based wine sourced from California. The company is also planning to release an Apple Brandy and an Absinthe Blanche, distilled with a muscat base.

Jorgensen’s, based in South Africa’s Wellington, produces some of the country’s best grape-based brandies, the pinnacle of which is its Savingnac Potstill variant. Twice distilled in a copper pot still, the liquid is then matured for a minimum 10 years in French oak. Each cask is then bottled individually, without blending.