Ten of the world’s most expensive rums

Some may still view rum as the affordable party spirit of old, but there’s a plethora of ultra-premium, rare and luxurious expressions which certainly have the ability to break the bank.

Rum has long-been shedding its low rent image over the years, cultivating a dedicated base of connoisseur fans who seek out rare, collectible bottlings.

From £200 to £200,000, rum producers have created an array of pricey expressions which sit alongside top-end Cognac and Scotch whiskies, using extra-old, ultra-rare liquids.

Some special edition rums derive their hefty price tag from beautiful, handcrafted packaging, such as the silver-topped Legacy by Angostura.

But which are 10 of the world’s most expensive rums? Click through the following pages to find out. If you think we’ve missed a particularly pricey choice, let us know by leaving your suggestions below. 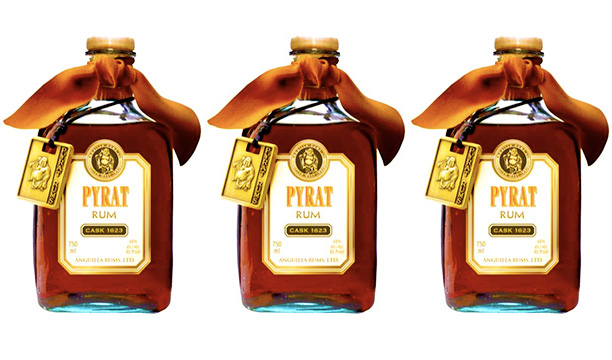 A blend of nine Caribbean pot still rums, some of which are aged up to 40-years, Pyrat Rum’s cask 1623 certainly sits at the top-end of the ultra-premium rum segment. Described as having a flavour of honey, caramel and citrus, the rum is bottled in a hand-blown decanter adorned with the image of Hoti – the patron saint of bartenders and restaurateurs. 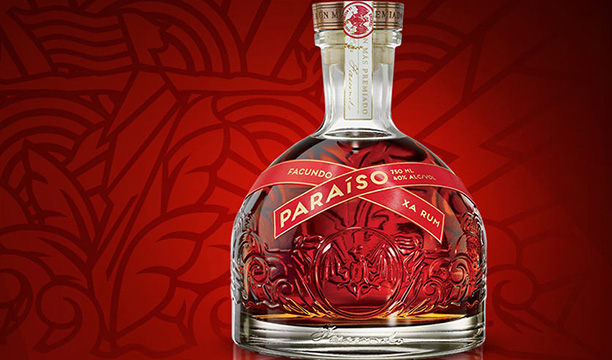 Launched as part of Bacardi’s super-premium “sipping” rum range the Facundo Rum Collection, Paraiso is a blend of rums up to 23 years in age which are finished in Cognac casks. The collection pays homage to the brand’s founder Don Facundo Bacardi Massó and features a total of four handcrafted expressions, most of which are intended to be sipped straight. Made from the Bacardi family’s personal reserves, it was hoped that the collection would situate the brand prominently in the luxury marketplace. 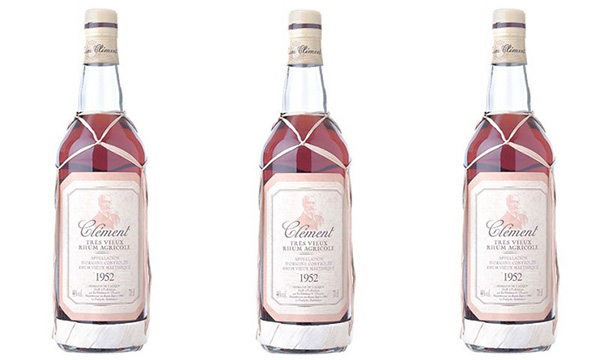 This bottle of 1952 vintage Martinique agricole rum brand Rhum Clement is a much sought after expression among connoisseurs and collectors. Following decades of maturation in oak barrels, Rhum Clement 1952 is described as having a flavour of flowers, dried fruit, wood and licorice. Distilled in 1952 and bottled in 1991, each limited edition bottle is individually numbered. 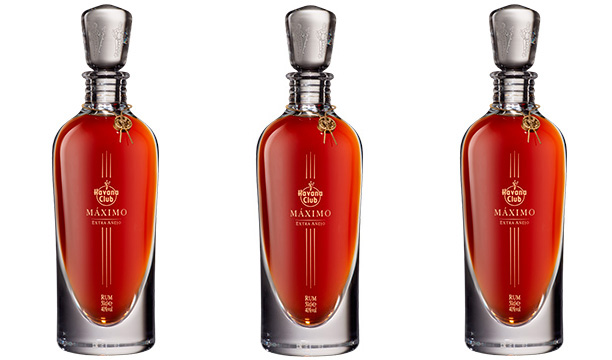 Sitting at the summit of Havana Club’s range is its Máximo Extra Añejo bottling, a handcrafted blend of rare and extra-aged rums contained in a hand blown crystal decanter. A permanent part of the brand’s range, just 1,000 bottles of Máximo are made available each year. According to Don José Navarro, primer maestro ronero for Havana Club: “There will never be a rum that better expresses the Cuban rum culture and its rich tradition than Havana Club Máximo Extra Añejo.” 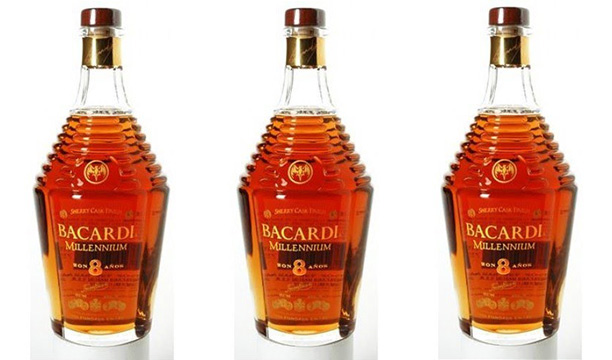 Bottled in a Baccarat crystal decanter, this limited edition rum is a Sherry cask-finished variant of Bacardi’s 8-year-old expression. Launched to celebrate the new Millennium, the bottling sits at the very top of Bacardi’s range. Just 3,000 individually numbered bottles were released, though a select few remain available on the market to buy today. 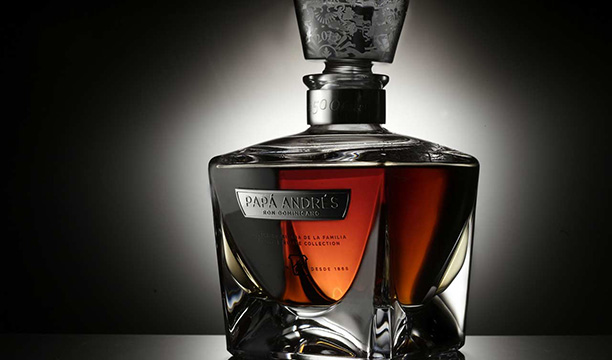 Just 500 bottles of Edrington’s Brugal Rum were released exclusively in travel retail in 2013 at an RRP of US$1,200 to coincide with the company’s 125th anniversary. Named in tribute to Brugal company founder Don Andrés Brugal, Papà Andrés was originally only for the private consumption of the Brugal family on special occasions. The rum is taken from a private reserve of casks kept for more than 100 years in Brugal’s cellars in Puerto Plata.

In 2012, Appleton Estate launched what it claimed was the world’s oldest commercially available rum to commemorate the 50th anniversary of the independence of its home island, Jamaica. Appleton Estate 50 Years Jamaican Independence Reserve, released at an RRP of US$5,000, was created using liquid from a range of casks, the youngest of which was 50-years-old. The casks were considered so rare and precious, they were chained to the floor of Appleton’s warehouse to prevent them from being stolen. 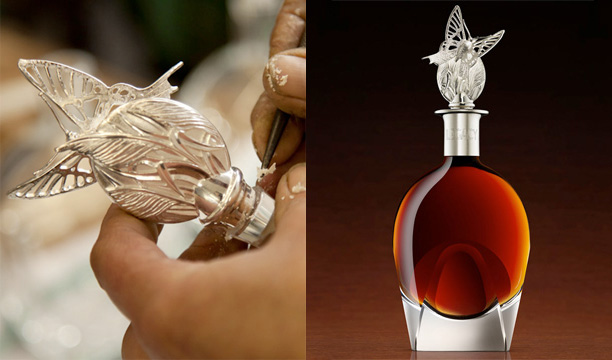 Released in 2012 to mark the 50th anniversary of Trinidad’s independence, only 20 beautifully decorated decanters of the Angostura’s Legacy were available to purchase at a cool US$25,000. Jewellers to Prince Charles, Asprey of London, designed the 500ml silver and crystal decanter that is protected by a wooden box lined with silk and velvet and covered by soft red calf leather. Stoppers made of sterling silver depict a rare Trinidadian butterfly resting on sugar cane. The rum itself is a blend of the brand’s seven most rare expressions that have each been aged for at least 17 years. 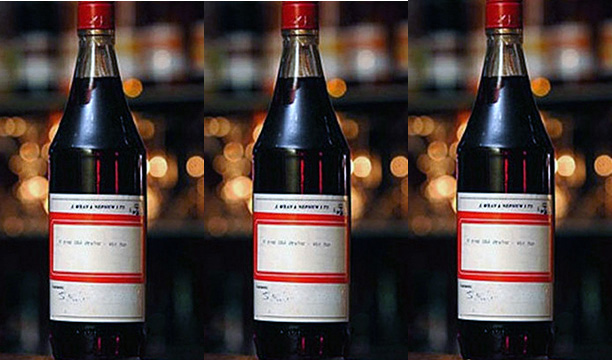 Created by Jamaican distiller J. Wray & Nephew, this expression, bottled in the 1940s, is believed to be the world’s most expensive single bottle of rum. It is thought to contain 25-year-old liquid that dates back to around 1915. When the expression went on display at RumFest in 2007, it was only one of four unopened bottles left in the world. Supplies near-vanished in the 1930s due to the boom in Mai Tai cocktails which were made using 17-year-old J. Wray & Nephew rum. 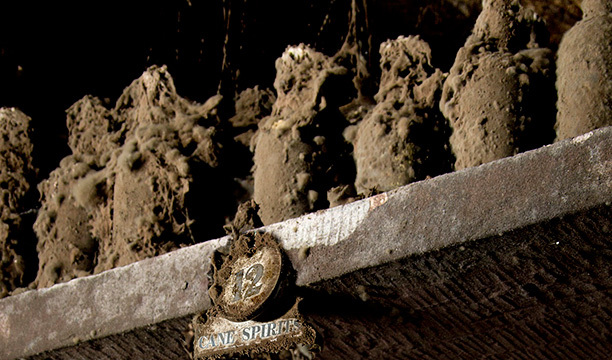 A bounty of the rum dating back to the 1780s was discovered in an English stately home in 2013, heading to auction shortly afterwards. Twelve bottles in the range, named the Harewood Rum Collection after the house in which they were found, were sold for six times their estimate, fetching £78,255. Another auction took place in London one year later, when a 16-strong collection of Harewood rum sold for £135,713, bringing the combined total of Harewood sales to £213,972. All bottlings were distilled in Barbados, shipped in barrels to the UK, and bottled at Harewood House.