Most innovative marketing campaigns in February

With all eyes on the NFL Super Bowl last month, Jose Cuervo showed that quite often less is more when it comes to consumer engagement.

Meanwhile, not one, but two vodka brands joined forces with famed music awards ceremonies the NME Awards and the Grammy Awards.

Elsewhere, one gin brand got in touch with its romantic side and took to the streets of London to sweep passers by off their feet – all captured on camera to create a viral video – while another took to the high seas for their latest sponsorship bid.

Plus, with rum, Scotch whisky and cachaça labels all endeavouring to deploy their best marketing tactics, it was certainly a busy month for campaign launches.

Click through to the following pages for a full round up of the spirits industry’s most innovative marketing campaigns in February. 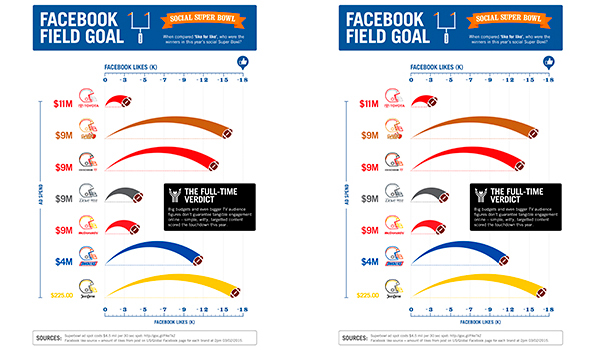 Research by Tequila company Jose Cuervo has shown the brand achieved some of the highest levels of engagement on Facebook during one of the world’s most watched sporting events, the Super Bowl.

Jose Cuervo achieved this with a US$225 investment on a responsible drinking message and received almost 18,000 Facebook likes during the American football finale, held on 1 February.

“Drinks brands tend to have big followings on social media, but high numbers on Facebook, YouTube and other social platforms don’t necessarily mean your audience is engaging with your content,” said Anja Weisse-O’Connor of Jose Cuervo International.

“During the Super Bowl, we wanted to execute a simple piece of content that appealed to our core consumers.” 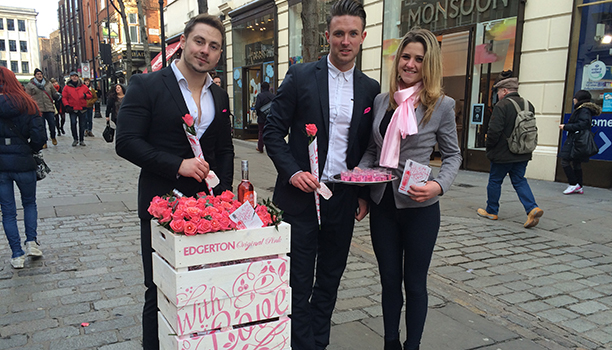 In the week leading up to Valentine’s Day, Edgerton Pink Gin took to the streets of London gifting ladies with single pink roses and filming the encounters to create a viral marketing video.

The clip has so far received more than 4,000 views, which depicts dapper gentlemen handing out flowers and kisses to women on the city’s streets.

In addition, the two male models were also offering samples of the pink gin for people to taste. 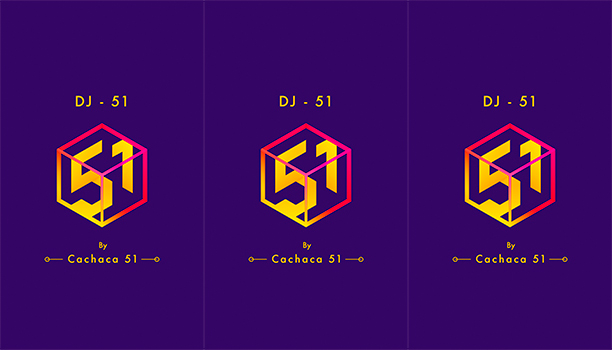 Furthermore, the app – called DJ51 – can also create a playlist comprising tunes reflecting the collective musical taste of those in the room.

It was designed to engage new and existing consumers to recognise Cachaça 51 as a “cool and contemporary brand” in the States.

DJ51 will officially launch at SXSW with a party at The Contemporary Austin on 17 March, where guests can enjoy five cocktails mixed by Milk and Honey’s Gil Bouhana.

Twelve US charities are set to receive a cash donation from Sugarlands Distilling Company as part of the producer’s Year of Giving campaign.

Throughout January, members of the public were given the opportunity to vote for their favourite organisations on the company’s Facebook page, which received nearly 100,000 votes.

As announced in February, the 12 non-profit organisations are now set to receive US$5,000 each from Sugarlands Distilling Company, with one being chosen each month to accept the money and feature in a Month to Shine platform on the firm’s website.

Jay Miller, public relations coordinator for Sugarlands Distilling Company, said: “We are happy to highlight the efforts of these groups through the MoonShare programme, and we look forward to seeing how they continue to positively influence the lives of others.” 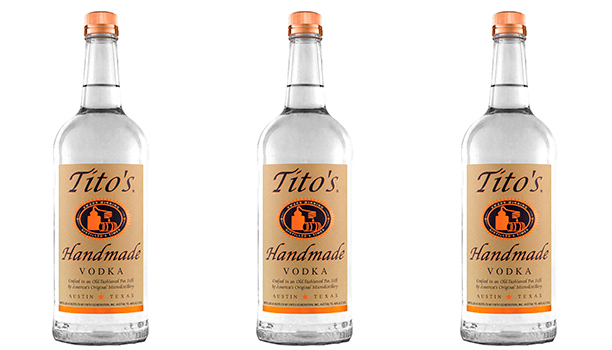 Tito’s Handmade Vodka signed a sponsorship deal with one of the world’s most prestigious music events, the NME Awards, which took place last month.

In addition, the brand also became the sponsor of the awards’ Best Track category.

Held at The O2 academy in Brixton, London, the Best Track category was won by Jamie T and his song Zombie.

Chilgrove Gin secured a sponsorship deal with AAM Cowes Week 2015 in an effort to secure its reputation as a “distinctive English gin”.

The grape-distilled gin is the first to partner with the English sporting event, which is scheduled to take place from 8-15 August.

As the exclusive gin of the show, Chilgrove will be served across all Cowes Week venues and available throughout the town in yacht clubs and pubs.

Cowes Week attracts more than 1,000 yachts and approximately 8,000 racers from around the world who go head-to- head in front of around 100,000 visitors. 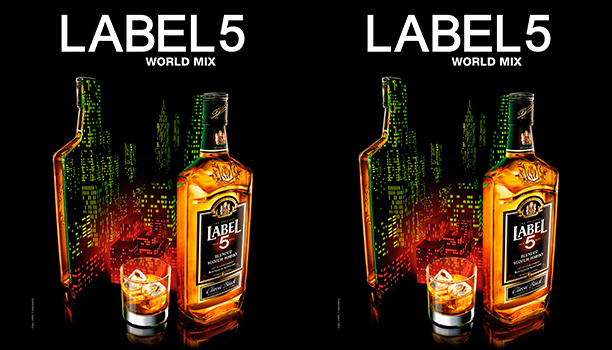 Designed to highlight the brand’s core values of being open to the world and inviting, the fully integrated venture will include an out-of-home campaign, online activation and special promotional offers.

Furthermore, the brand will utilise social media platforms with its Cocktails of the World project that will unveil five exclusive Label 5 cocktails crafted by five famous bartenders from around the globe. Additionally, videos and tips will be available on the Label 5 Facebook page and YouTube channel. 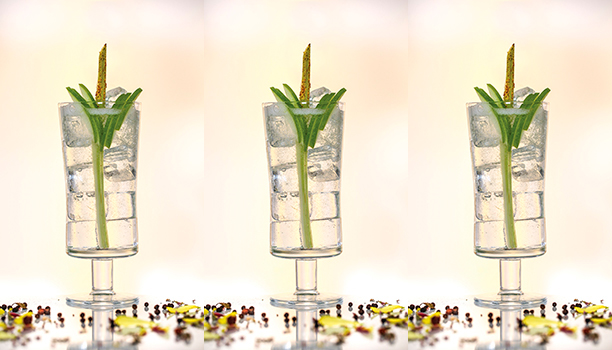 As part of its Wildly Sophisticated Scottish Gin campaign this year, Speyside-produced Caorunn Gin revealed it is to launch four new G&T recipes designed to appeal to consumers’ preference for seasonality and locality.

Due to be unveiled on the first day of each season throughout the year, the four recipes will be promoted through PR, social media and in-store tastings, both in the on- and off-trade.

Ibyola Bakos-Tonner, global brand manager for Caorunn, said: “We would like to bring to life the foraging ethos and the sense of seasonality and locality in a tangible way in the form of easy-to-make drinks, using seasonal, local ingredients that can be picked in one’s garden.”

The first to launch on 20 March will be the Caorunn Spring Herbs G&T, which features one part Caorunn to two parts tonic water, a celery stalk, Granny Smith apple, and ground Szechuan pepper to garnish. 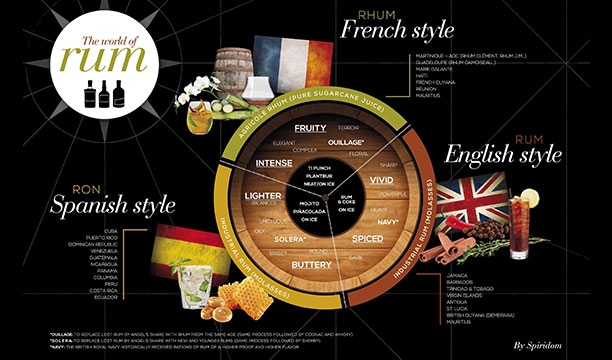 The representative of Rhum Clement and Rhum JM from Martinique has created a “rum flavour map”, in a similar vein to the whisky flavour map used by many Scotch whisky producers.

“Our main intention is to better segment the rum market in order to create the necessary conditions for premiumisation,” said Matthieu de Lassus, export director for Spiridom. “Rum is the third biggest spirit category in the world and bartenders’ preferred spirit for cocktails. It has enjoyed steady growth worldwide for the last
10 years but still rum is the only spirit category to remain largely underpremiumised to date. We believe that premiumisation will only come through a better education of our customers and a better segmentation of the rum category.”

Introduced to the UK on-trade last month, Spiridom hopes the campaign will be picked up by the entire industry and used to educate both consumers and bartenders about the simple differences between each style.

“Without clear classification and information, customers can only rely on price, packaging and well-known international brands,” de Lassus said.

“If we do not manage to promote a simple segmentation, and to clarify the existing offer, my fear is that all our new customers will eventually turn away from this new-born premium rum category and return to other spirits categories which could be perceived as more ‘serious’.” 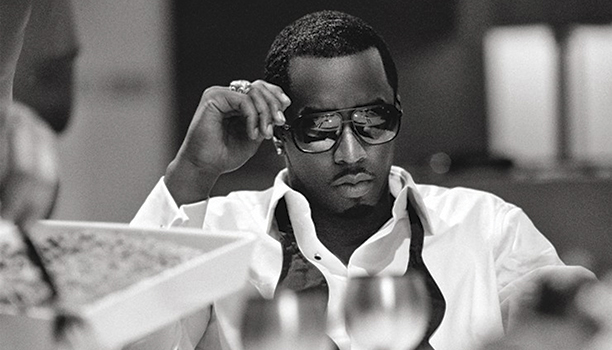 It was announced last month that Ciroc Vodka has signed a “multi-year” deal with the Grammy Awards to become the music event’s official vodka.

It came as part of a wider partnership developed between Diageo, co-owner of Ciroc Vodka, and The Recording Academy.

As part of the sponsorship deal, Ciroc will be featured at all events related to the Grammys, including the official after-party, Grammy Celebration.

The 57th annual Grammy Awards was broadcast on 8 February.

Sean “Diddy” Combs, chairman of Combs Enterprises and co-owner of Ciroc with Diageo, commented: “Music has always been my first love so I am excited to announce a partnership between Ciroc and The Recording Academy.”