Diageo GB has unveiled a series of new innovations on six of its core brands to reinvigorate sales throughout the summer, including a new iteration of Pimm’s.

The drinks group will launch seven new products into the UK on- and off-trade over the next couple of months, as part of plans to “have a product available for any drinking occasion”.

Within the seven new products are two frozen RTD cocktails, a new summer flavour variant for Pimm’s, an ultra-premium flavoured vodka, a vodka-based RTD trialled in emerging markets, a new white rum, plus a golden ale.

Andrew Cowan, UK managing director at Diageo, said innovation needs to be “at the heart” of the group’s commercial strategy.

“We own an amazing portfolio of brands of which we are the custodians; in 2015 we will write the next chapter, all the while ensuring that we do justice and stay true to their heritage,” Cowan said.

He added that while new innovations count for almost 13% of Diageo GB’s sales, the group’s aim is to increase their share to 20% over the next five years.

The new launches will be rolled out in the UK between now and May.

Click through the following pages to discover the new Diageo innovations landing in the UK this summer. 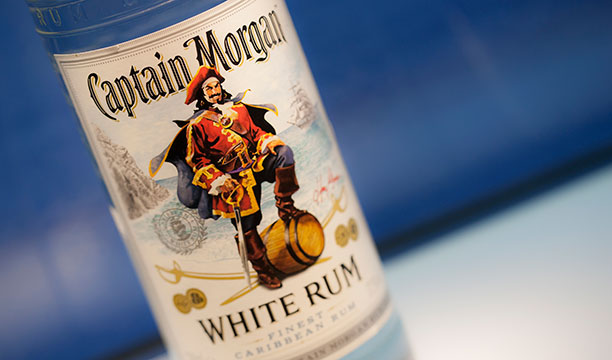 Already a hit in the US where it launched in 2014, Captain Morgan White Rum is sailing to UK shores in April, along with a “seven-figure” marketing campaign.

Diageo claims its arrival in the UK will “reinvigorate” the white rum category, which has been in decline in terms of both volume and value since before 2012 (Nielsen).

“This is an opportunity to bring what rum should be about, back to rum,” said James Cragg, category development for Diagep GB. “Rum has lost its way; it used to be about party time experiences. Rum is now moving toward an older demographic; we want to reenlist 18-35-year-olds into white rum.

Priced in line with Captain Morgan Spiced, the 37.5% abv expression is recommended served in a Mojito or with cola.

The white rum category is worth £350m in the UK, taking a 42% share of the total rum market.

Citing internal analysis coupled with Nielsen figures, Diageo claims Captain Morgan adds the most incremental volume of any rum brand year-on-year, and is in double-digit growth in both the on- and off-trade. 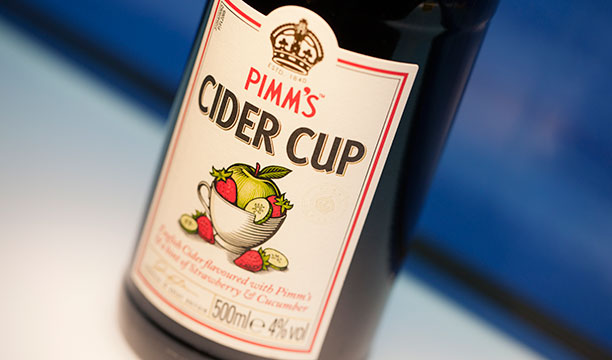 Claiming 2015 as “The Year of Pimm’s”, Diageo is rolling out a handful of iterations of its latest flavour innovation, Pimm’s Strawberry with a Hint of Mint, which was announced in February.

Launching in April is Pimm’s Cider Cup, a 4% abv blend of British cider and Pimm’s No. 1 with strawberry and cucumber flavours.

The expression will be Diageo’s first movement into the flavoured cider market, which is the drink’s fastest-growing segment (Nielsen).

According to Louise Robinson, head of innovation at Diageo GB, Pimm’s Cider Cup is a less sweet and therefore “more credible and authentic” flavoured cider, taking cider “to the next level”.

With a £1.1m across the line marketing support for the expression, Diageo anticipates Pimm’s Cider Cup to capitalise on potential sales of over £14m across both the on- and off-trade. 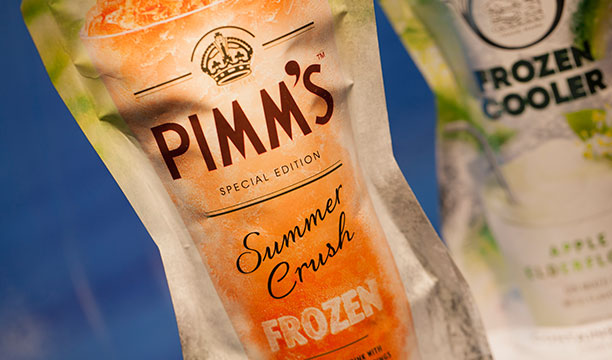 Off the back of the success of Parrot Bay and Smirnoff frozen pouches, Diageo is introducing Pimm’s Summer Crush and Gordon’s Frozen Cooler to the UK off-trade in April.

Diageo expects the two launches, both of which are 4.7% abv and come in 250ml pouches, to heighten the frozen alcoholic beverage market, which is already worth £14m in the UK (AC Nielsen), to £30m by 2017.

While Pimm’s Summer Crush taps into the sweet strawberry and cucumber flavours of a classic Pimm’s jug, Gordon’s Frozen Cooler utilises the flavours of apple and elderflower to offer a more refreshing alternative for a more mature demographic.

Both expressions will receive a £1m marketing campaign this summer plus support through PR. 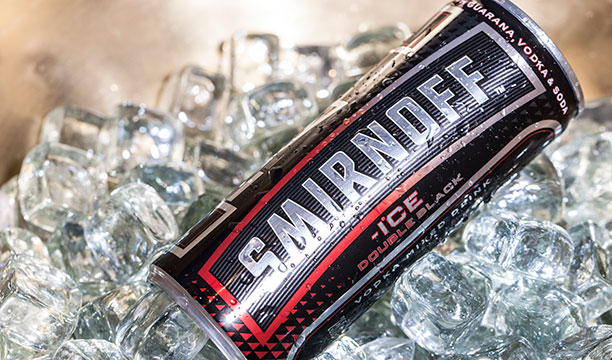 Already three times bigger than Smirnoff Ice in Australia with 1m nine-litre cases sold per year, and already selling over 1.5m cases in South Africa, Smirnoff Ice Double Black is about to get a launch this summer in the UK and Western Europe.

The release is designed to tap into occasion drinking, in particular festivals, where the brand will capitalise on Diageo’s newly-announced partnership with Live Nation.

A blend of Smirnoff vodka, guarana and soda, the 4.7% abv expression is aimed at a younger demographic than Smirnoff Ice, which has seen a decline in consumption from drinkers aged 18-24-years-old.

The expression will be available in both cans and bottles. 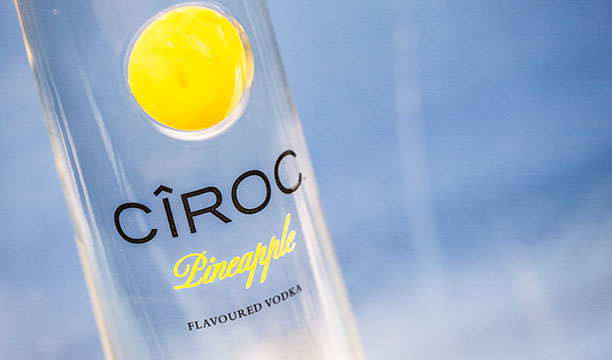 Diageo is launching Ciroc Pineapple in the UK this month following the immense success of the expression in the US, where sales now account for almost 50% of the ultra-premium vodka brand’s total revenues.

A 37.5% abv blend of Ciroc vodka, crushed pineapple and a hint of vanilla, the expression is the sixth addition in the brand’s UK range, which features Red Berry, Coconut, Peach, Amaretto and Original.

Diageo is throwing its weight behind this launch, giving the expression “four times” the marketing spend of any other Ciroc flavour launch.

Nick Temperley, head of Reserve Brands at Diageo, said he anticipated “Pineapple will become the largest flavour in the UK; all the data points that way”, eclipsing current front-runner Red Berry, without cannibalisation of the other flavours in the range.

Temperley said Ciroc Pineapple will benefit from luxury vodka’s 28% growth in the UK in the past year. “Ciroc is clearly at the forefront of this success, growing by 70% over the same period,” he said. 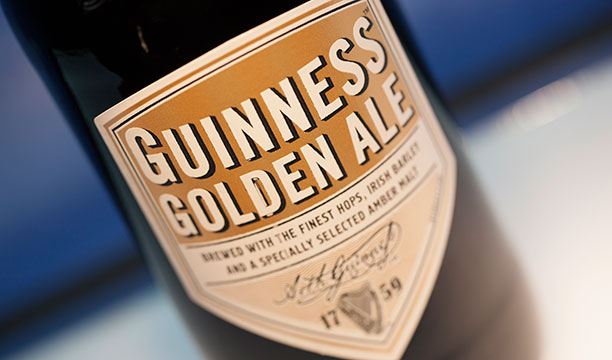 Rolling out in April this year is the latest offering from the Guinness portfolio, Guinness Golden Ale.

The latest expression from the brand’s Brewers Project, Guinness Golden Ale follows the launch of Guinness West Indies and Guinness Dublin Porters, which have become two of the top three new innovations in the premium bottled ale segment (Nielsen).