White rum has in recent years been overshadowed by its gilded cousins, dark and gold. But, as Richard Woodard writes, flavourful white offerings are making inroads in this fiercely competitive market

Glamour isn’t the first quality you typically associate with the volume drivers of spirits categories. Cheap blended Scotch, standard gin, mixto Tequila – when you’re the workhorse of your chosen segment, it’s not easy to recast yourself into the role of show pony. Now white rum, led by the ubiquitous, transcendent über-brand Bacardí, is the latest to attempt some form of makeover.

To an extent, necessity is the mother of this reinvention. The growth of spiced rums is threatening white rum’s traditional role as category recruitment officer, as well as stealing volumes in its heartland, non-Latin markets. “People used to always enter the category through white rum,” says Nick Blacknell, global marketing director at Pernod Ricard-owned Havana Club. “That was the easy-drinking option for rum – the most mixable, the easiest to drink and often with big brand spends behind it. At entry level, more has been grabbed by spiced.”

Part of the issue here is interchangeability – when most consumers are drinking white rum mixed, usually with Coke, the transition into spiced is a relatively simple one.

“Much like what we are seeing with vodka, whisky and Tequila, different variants and flavour variations are helping to bring new consumers to the rum category,” adds Dmitry Ivanov, global category vice-president, rums, at Bacardí.

So a revamp of white rum’s role appears to be on the agenda, judging from the roll-call of recent aged white rum launches which are targeting life beyond the Cuba Libre: among them Botran, Flor de Caña and Bacardí itself.

“While full reinvention might not be completely necessary, a fresh perspective could definitely help reinvigorate the segment,” says Richard Black, global integration director, rum, at Gruppo Campari, owner of Wray & Nephew and Appleton Estate. “There is no reason why white rum necessarily needs to be the main entry-point into the category. We feel that, based on the diversity of white rum offerings, it can have a dual role as an entry into the category, but also play a significant role in developing the wider category.”

It helps if – as is the case with Wray & Nephew and Havana Club – your white rum occupies a distinctive position outside the mainstream “Brand X + Coke” occasion.

Wray & Nephew White Overproof’s USP is its eye-popping strength at 63% abv, while its Jamaican roots (it still dominates the local rum market there) lends it to mixing with local grapefruit soda Ting or cranberry juice, alongside its cult cocktail status with international bartenders.

“Whereas standard white rum seems to have lost its appeal, we think that there is a great opportunity for Wray & Nephew White Overproof Rum because it is an authentic Jamaican rum that is full-strength and full-flavoured,” says Black. “Flavour is one of the key ingredients, as when you look at white spirit products you are expecting minimal taste profile.”

Meanwhile, Havana Club’s white rum is aged for three years, giving it an appearance and flavour profile that is a step up from more neutral competitors. “We are slightly lucky because we are offering a premium mixing rum and a method of consumption – the Mojito – which is outside Coke,” says Blacknell. “To some extent we’ve stayed away from that battle, and we’ve continued to grow while other white rums are having a tougher time.”

The new entrants are targeting a similarly distinctive positioning, diversifying the white rum offer beyond the traditional “spirit plus mixer” battleground. Does Blacknell feel threatened? “The more people who enter the sector, the more potential that sector has of communicating those benefits,” he counters. “The gin boom brought lots of people with lots of different options for the consumer. For many years, we were the only premium white rum, but we don’t feel particularly threatened. We take three years to make our premium white rum and I’m not sure other brands want to commit that much time and resource.”

But, even though white rum is responsible for more than half of Havana Club’s volumes, Blacknell admits that there is a “move upwards in the brand’s centre of gravity”, with strong investment behind darker variants Havana Club Especial and 7, and a greater emphasis on ultra-premium rums. “Gold and dark rums command higher prices and profitability, and value-wise they’re where we would want to sell more in the future,” he says.

“It’s partly about profitability and also about positioning,” he continues. So could white rum ever aspire to that sipping status and high-end pricing?

Blacknell says yes, potentially in the US (from which Cuba’s Havana Club is absent thanks to the trade embargo), because “unlike the rest of the world, there’s a reasonable amount of neat white spirits consumption – the Martini and similar. It’s a difficult sell elsewhere because there’s no general consumption pattern”.

But at Bacardí, Ivanov is less bullish. “It’s unlikely that white rum will be a spirit that is widely sipped neat like whisky,” he argues. “Much like gin, the appeal of white rum is its unique mixability in highballs and in cocktails. However, we are seeing a lot of consumers enjoying Bacardí Carta Blanca and Bacardí Gran Reserva Maestro de Ron on ice, perhaps with a squeeze of lime.”

Meanwhile, Ivanov believes the prospects for the broader white rum market remain bright, despite the inroads made by spiced rums recently. “White rum will remain very popular in key markets such as the US and Northern Europe and it will continue to be a key category for consumers entering the rum category,” he says.

“We are seeing popularity increasing in less established cocktail cultures like India and China, which are only just starting to fall in love with white rum.”

This last point is echoed by Blacknell. “There are a number of opportunities opening,” he says. “India, if they ever sort the duty out – there’s a rum culture there.” And China. The country may have become a curse to Cognac and Scotch in the past couple of years, but it’s a different story for rum. “We’re putting a lot of effort into China because consumption patterns are changing,” says Blacknell.

Under-24s with disposable income are typically well-educated, well-travelled and looking to experiment beyond the confines of dark Western spirits. “We’re getting great traction at the moment with white rum through Mojitos and Daiquiris – they love Latin American culture,” reports Blacknell.

The growing number of smaller, Chinese-owned cocktail bars is rapidly giving the brand a critical mass – and the decision to prioritise white rum over gold/dark in the market currently looks a wise one.

It’s an illustration that, while the image of white rum may require a little TLC in the mature markets of the West, there’s still a lot of world out there for it to conquer. Sometimes being the workhorse of the category isn’t so bad after all.

On the lighter side: Recent white rum launhes 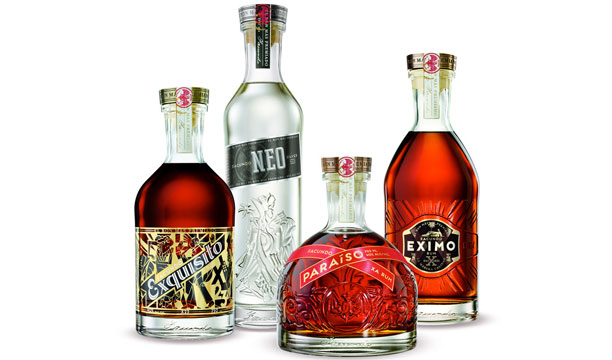 Bacardi Gran Reserva Maestro de Ron Launched into travel retail earlier this year, with an RRP of £36 per litre. A blend of rums up to three years old, filtered through coconut shell charcoal, and designed to be drunk neat or over ice. Follows launch of Neo, a carbon-filtered white rum aged up to eight years and part of the high-end Facundo Rum Collection.

Ron Botran Reserva Blanca: Launched in early 2013 in the US, UK, Germany and travel retail, aged using the solera method and then charcoal-filtered to remove colour, but retain aged rum flavours. Aims to help bartenders “upgrade their experience”.

France: The exception that proves the rule 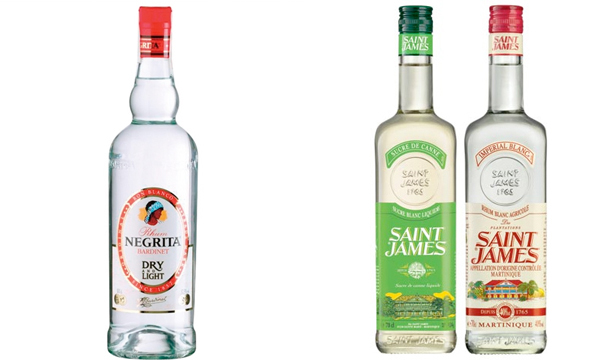 For French group La Martiniquaise-Bardinet, gold, dark and spiced rums remain the top global priorities – a reflection of the growth in these segments, and the fact that non-white rums account for nearly two-thirds of global volumes.

But here too, white rum has a slice of the action. The company uses value-priced Old Nick white rum as a tactical product to allow it to meet the growing demand for cocktails. And while gold and spiced variants are dominant for its 1m-case-selling brand Negrita, a white offering plays a similar tactical role.

And then there is France. Tax breaks for rhums agricoles from “Dom Tom” French overseas territories mean that white rums now account for nearly three-quarters of the category there, among them the company’s Saint James brand from Martinique.

“Regarding white rums, we believe that there is potential for us in the premium segment with our expertise in producing agricole rums made from pure fresh cane juice,” says Estelle Sauvage, export brands manager at Bardinet. “We are successfully developing Saint James in France and in countries with a strong link to France, including African French-speaking countries, Belgium and Canada.”