With one of the best cocktail scenes in the world, it’s no wonder bar owners in London are seeking to extend their empires, as BarChick discovers.

For a long time now “chain” has become something of a dirty word. These days the cool kid on the block is local, independent and authentic. We want to feel like we’ve stumbled onto something unique, made with passion, and are having an experience that can’t be replicated in every neighbourhood around town. But what if you could have that, and lots of it?

In the last year or so, a bunch of bar folk, who not long ago were behind the stick slinging drinks, have opened not one, but multiple bars across London, creating their own mini empires, one venue or ready-to-drink bottled cocktail at a time.

The concept of a bar chain conjures images of sticky laminated menus, oversized impersonal venues and unimaginative drinks programmes – a far cry from joints like London Cocktail Club, which is all about banging cocktails, naughty barmen and a bit of dancing on the bar. There also happens to be four LCCs across London (and one more in the works), each maintaining the same solid standards yet rocking its own vibe. Owners JJ Goodman and James Hopkins, who started as bartenders at the Be at One chain, turned one successful underground cocktail den into a winning formula. For Goodman, each bar he opens has “afforded him more structure”. No longer tied to running each department himself, he’s left with more time to work on fine-tuning operations and furthering the company’s growth. When asked what he’d do differently he answers: “Nothing. You have to believe blindly in every decision that you make. If you doubt yourself for a second, it will eat you up.”

Bar owner Ryan Chetiyawardana not long ago was more familiar to us as a bartender/scientist, tinkering with turning soil into spirits. But his Hoxton bar White Lyan just took home the Spirited Award for Best New International Cocktail Bar. Instead of kicking back and celebrating making the leap from gainfully-employed bartender banking it with the babes and free booze to suit-wearing small business owner, he went and promptly launched a line of ready-to-drink cocktails, debuting them exclusively at Selfridges no less, and has recently opened his new bar, Dandelyan, at the Thames-side Mondrian hotel.

It’s not just specifically bars that are at it; the coffee-cocktail hangout Shoreditch Grind is this month opening its fifth venue in the new Hoxton Hotel and co-owner David Abrahamovitch explains how they’re keeping the independent vibe: “Each venue looks different to the next, has its own site and loyalty card, and is designed specifically to the neighbourhood it’s in.” When asked if they imagined it would expand so quickly he answers: “We didn’t, to be honest. Everything we did was organic and unplanned and it was all a huge success; which made us want to offer it to more people.”

Probably the biggest success story of all is MEATLiquor. Scott Collins and chef Yianni Papoutsis started with MEATWagon, serving their deliciously dirty diner food in car parks in Peckham or pop-ups in New Cross. In 2012 they introduced killer cocktails to the menu and opened their first bricks and mortar venue in Mayfair to queues around the block, and they haven’t looked back. MEATLiquor developed into much more than a burger joint. With some of the youngest bar talent behind the stick,­ it became famous for cocktails and its party atmosphere. With eight venues now, and more set to open around the country, where does it end?

One of the arguments against chains is that they monopolise the market, making it harder for independents to carve themselves a corner. But when those chains are built by independent bartending entrepreneurs themselves – rather than mega corporations – perhaps they’re created with a greater concern for the bar culture in which they were born. The likes of All Bar One and Revolution may have given bar chains a bad name, but it looks like it’s time to rethink our idea of what makes a bar chain.

Flick through the next few pages to discover the best bars in London. 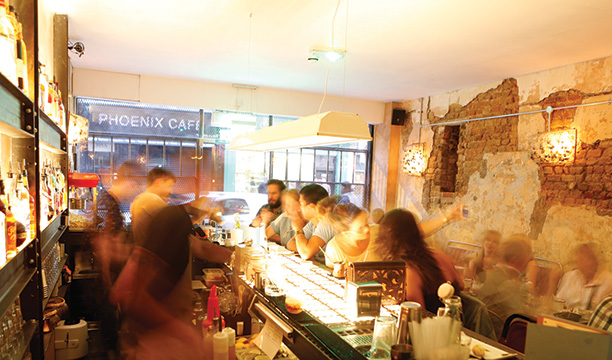 The sister spot to Brixton Market’s most popular bar, Seven at Brixton, Three Eight Four is equally as epic, serving killer cocktails and delicious bar snacks in an industrial style hideaway. The bar is the star of the show, made out of re-used pavement lights and behind the stick they’re mixing up a whole old-school book of classics as well as an innovative seasonal menu. 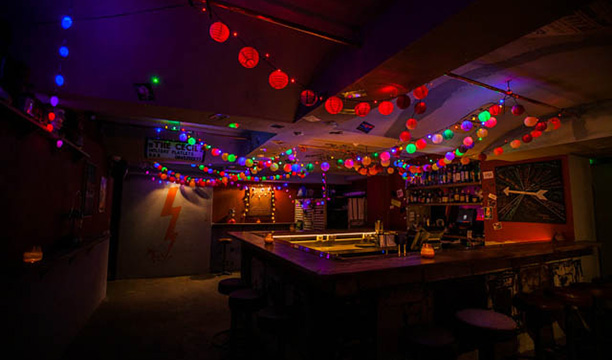 Hidden beneath The Breakfast Club in London Bridge is Call Me Mr Lucky – a debaucherous concrete den that’s all about savoury spiked cocktails, bright lanterns, secret alcoves and a hot crowd. Most of the drinks menu is tequila focused but this is no ordinary cocktail menu; the spirit is getting mixed with coconut water, black walnut bitters, fresh rocket leaves and many more unusual ingredients. 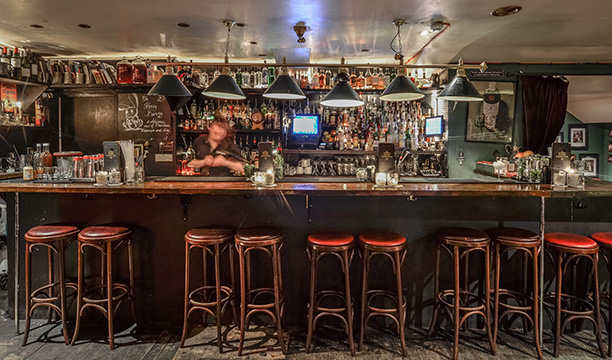 Hidden downstairs and away from the ticket touts and the West End traffic lies the Covent Garden Cocktail Club (formerly London Cocktail Club). The low lighting and worn sofas nod to a gentleman’s club, only without the rules. The first and original London Cocktail Club shows the rest how it’s done. Happy hours run all week and the very talented barmen not only love their cocktails but know how to party. 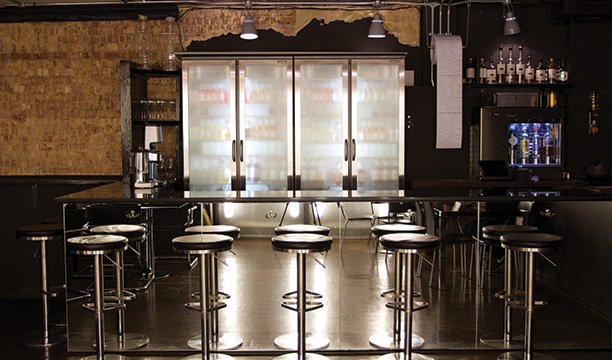 White Lyan takes the art of cocktail making to a whole new level. The back bar is not your usual confusion of bottles and labels, but instead a row of steamed up fridges; all spirits are house-made and cocktails pre-batched. There’s no ice, no lemons, no sugar, nada. Head down to the basement for late-night partying, a DJ booth and, erm, a pole. Now that’s a party.