With London’s first Pisco Sour Week (1-8 February) well and truly underway, how much do you really know about pisco?

London’s restaurants and bars have joined forces this week to celebrate the national spirit of Peru and Chile in its signature cocktail, the Pisco Sour.

Taking the lead from Peru’s National Pisco Sour Day on the first Saturday in February (7 February this year), the week-long celebrations in the UK capital will see the lesser-known drink take centre stage ahead of its more well-known cocktail peers.

While the cocktail itself is a simple sour – alcohol, citrus, egg white and sugar syrup, a renowned classic known among both bartenders and consumers alike, its base spirit remains mostly unfamiliar and shrouded in mystery to those outside of South America.

What is pisco, where did it come from and how should it be drunk? Even if you know the answers to all these questions, we’ve dug out 10 interesting facts about the spirit we bet you never knew before.

Click through the following pages to discover more about pisco.

Pisco is a brandy 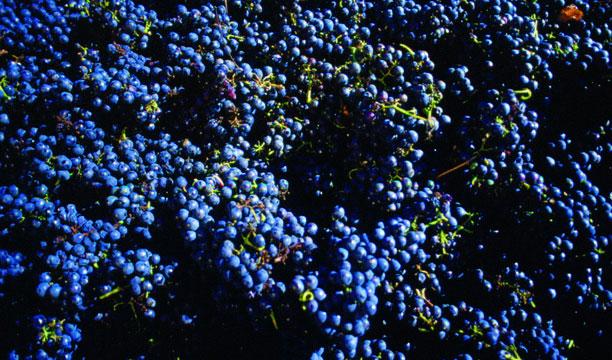 Just like the brandies originating from France or California, pisco is a spirit made from the distillation of fermented grape juice.

Pisco has been produced in both Chile and Peru since the 16th century, although the two countries produce very different types of spirit. Controversially, both countries claim ownership of pisco’s invention, a fact that is still argued over to this day.

In 2013 the EU moved to officially recognise pisco as a Peruvian spirit, much to the anger of Chileans. However, the European Commission still allowed for Chilean producers to use the term pisco to describe their products.

The Pisco Sour has a controversial history 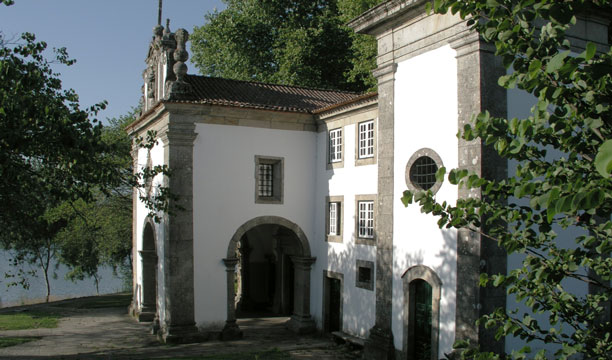 Just like pisco itself, the birthplace of the Pisco Sour has been hotly disputed between Peru and Chile, both of which claim to be its native home.

Although the South American neighbours have separate cultures and traditions, both assert exclusive ownership of the blended cocktail, each with their own individual twist on the recipe.

The cocktail originating in Lima, Peru, was invented by American bartender Victor Vaughen Morris in the early 1920s as a way to recreate his coveted whisky sour without the whisky.

He opened a saloon – Morris’ Bar – and it was there that the Pisco Sour underwent several adaptations before saloon bartender Mario Bruiget added Angostura bitters and egg white to the mix to create the modern recipe recognised today.

This story is hotly opposed by the people of Chile, who claim the cocktail was invented by English steward Elliot Stubb in 1872 on Chilean soil. Their version omits the egg white and bitters and substitutes lime juice for lemon.

Pisco is the oldest distilled spirit in the Americas 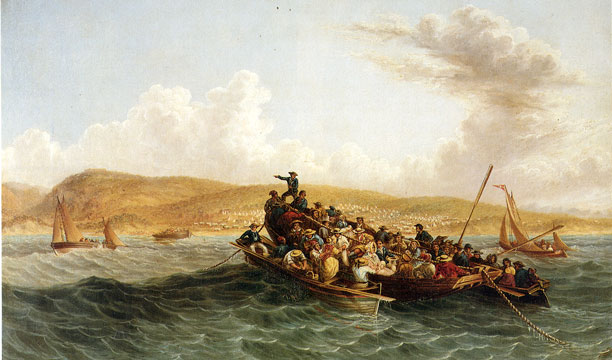 Pisco was developed in the 16th century by Spanish settlers as an alternative to the then-popular pomace brandy ‘Orujo’.

The settlers introduced vines from Europe into Peru, and used grapes that did not make the cut for wine production to distil the spirit using the same method required for Orujo.

The iconic brandy derives its name from the port in Peru where many people believe it originated, Puerto de Pisco.

The Pisco Punch was lauded by famous writers 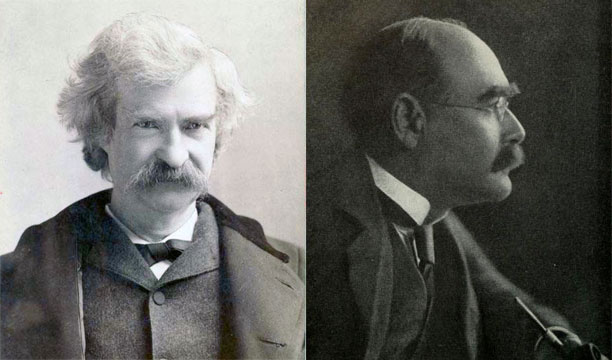 Pisco became wildly popular during the Californian Gold Rush in 1849 when San Francisco became awash with the brandy, perhaps owing to the popularity of the Pisco Punch (made with pineapple juice), which was described by Harold Ross, founder of New Yorker magazine in 1937 as tasting “like lemonade but with a kick like vodka, or worse”.

Pisco Punch went on to gain worldwide fame after writers such as Mark Twain (above left) and Ross raved about its taste.

Rudyard Kipling (above right) immortalised the cocktail in his 1889 novel From Sea to Sea. He described the drink as being “compounded of the shavings of cherub’s wings, the glory of a tropical dawn, the red clouds of sunset and the fragments of lost epics by dead masters”.

The exact recipe of the Pisco Punch unfortunately died with its inventor, a bartender named Duncan Nicol who worked at the Bank Exchange in San Francisco. 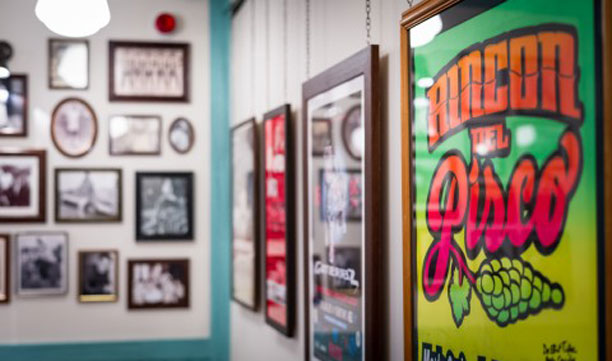 Now an abundance of bars, including Lima, Coya, Pachamama and Pisco Embassy, offer sanctity for those looking for a refreshing Peruvian pick-me-up – usually with an exotic bite to eat to pair it with.

Ceviche prides itself on its wide selection of piscos macerated with a variety of wonderful fruits, all of which are on display.

A day of celebration 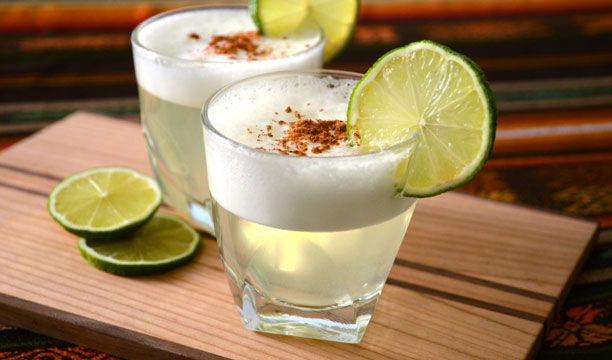 The Peruvian’s endearment for its favourite tipple has culminated in the celebration of an annual National Pisco Sour Day, established by the government in 2003.
A variety of themed activities are enjoyed on the day – which falls on the first Saturday in February – such as competitions to make the biggest or most delicious Pisco Sour. Quirky culinary competitions inspired by the cocktail are also hosted, featuring Pisco-flavoured cakes, ice cream and milkshakes.

The event concludes with a unique tradition: Peruvians must finish a Pisco Sour before the end of their national anthem (around two minutes 30 seconds).
Not to be left out, the Chilean Ministry of Agriculture established its own National Day of Pisco six years later, which falls on 15 May.

Hemingway was a huge fan – and at one point, the Pisco Sour was his favourite drink 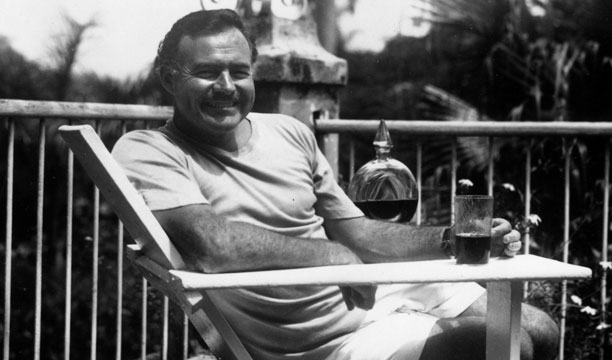 Not that it means much – at one point or another it seems every drink was his favourite drink, but one thing’s for sure: the Pisco Sour certainly had the Hemingway stamp of approval.

In the Gran Hotel Bolivar in Lima, Hemingway is said to have held the record for the most Pisco Sours drank in one sitting, though the validity of this is uncertain.
Other household names known to be huge fans of the drink include were Ava Gardner, John Wayne, and Orson Wells. 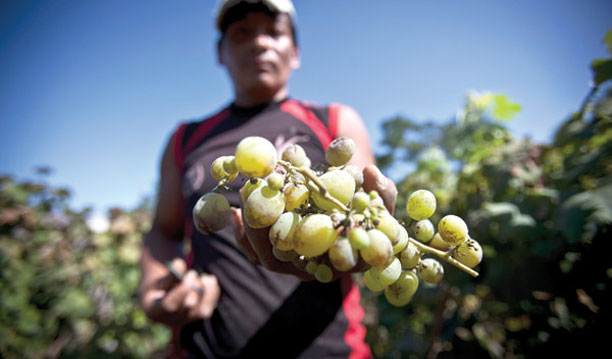 Peruvian Pisco is made by distilling grapes from Lima, Arequipa and Ica in copper pot stills, whereas Chilean Pisco is a distillate of wine from northern regions of Chile which has been aged in oak barrels for long periods of time.

Peruvians are strict when it comes to differentiating between varieties; these are categorised into puros (single grape varietals), acholados (blends), and mostos verdes (extra-smooth, full-bodied pisco distilled from partially-fermented grapes).

In addition, the Peruvian method bans the use of water during production completely, while in Chilean production water is often added to reach a particular volume of alcohol.

Pisco infusions are not just a thin, they are darn trendy 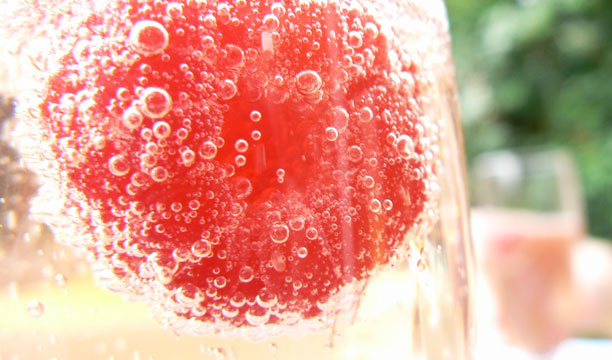 As with all spirits categories, the drive to create new, interesting and off-the-wall flavours is always at the forefront of the minds of producers.

Perhaps this is why flavour-infused Pisco has become particularly popular over the last few years.

For a twist on the classic Pisco Sour, try swapping out regular Pisco for lemongrass, vanilla, coffee, strawberry-sage or even Peruvian chilli-infused pisco. 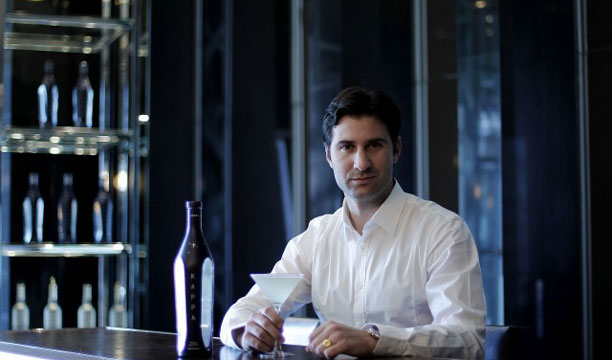 Owner of the Grand Marnier liqueur brand Marnier Lapostolle launched a Chilean Pisco called Kappa in the US in 2011, which came to the UK in 2013.

The firm named its pisco after a star cluster within the Southern Cross Constellation visible from the Elqui Valley – the region where the grapes for the blend are grown.