Drinks writers from around the globe flocked to Cognac last week for a comprehensive tour of the region led by the Bureau National Interprofessionel du Cognac (BNIC).

From the crus of Petite-Champagne and Grande-Champagne to the distilleries of Hennessy, Martell and Dudognon – the trip encompassed a vast variety of tastings, talks and tours.

Over the last couple of years, Cognac sales have suffered significant declines largely due to the Chinese government’s on-going anti-extravagance campaign.

Global sales fell further in 2014, but despite the drop the BNIC reported its annual results indicated “signs of recovery” as volume figures from August to December last year met those seen during the same period in 2013.

As such, Cognac producers have had to find ways to combat the declining trends.

“Every year we have to adapt with the climate,” said Fabien Levieux, Hennessy brand ambassador. “The human factor plays a crucial and key role in what we do.

“We want to educate consumers that a VSOP or Napoleon is not better than a VS – they are all great Cognacs, just of different styles.”

Click through to the following pages for a glimpse of Cognac. 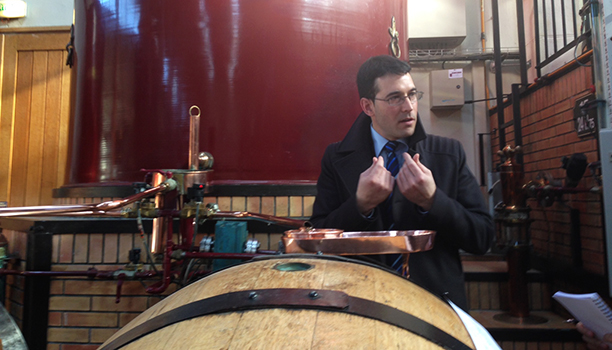 Once inside the distillery, Martell distillery manager Laurent Nony led a detailed tour of the firm’s facilities.

Nony began with explaining how the white wine is distilled to make eau-de-vie, which will then go on to be aged in one of three different types of barrels: new barrels, ones that have had two eaux-de-vie rested in them already and old Cognac barrels.

The distillery has the capacity to make more than 200 hectare litres per hour and operates continuously from around the end of October to the end of February. 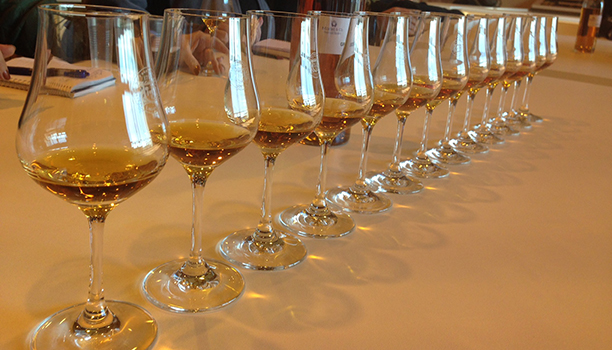 Upon completion of the tour, Nony presented the opportunity to taste a range of eaux-de-vie.

One was made with lies (yeast) and another without lies, as well as two other expressions, gros grains and grains fins, which all generated markedly different tasting notes. 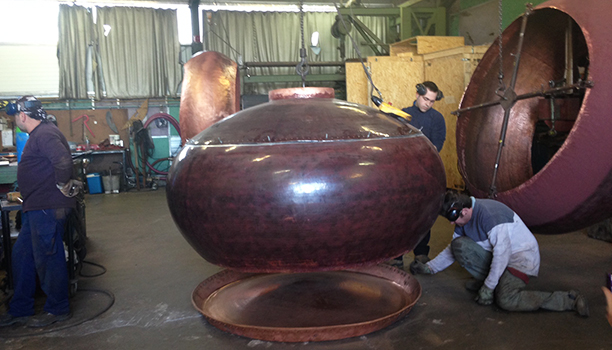 The next stop on the trip was to Chalvignac, one of just a handful of companies that handcrafts alambics used to distil spirits.

Founded in 1981, the firm’s stills are not only used by Cognac producers – who comprise approximately 45% of their business – but also other spirits manufacturers including whisky and vodka.

On average, Chalvignac crafts approximately 50 stills each year, which take about two weeks to complete – and that’s not including the repairs and alterations they are also commissioned to do.

Upon completion of an alambic, an engineer will travel with the still to its designated company around the world to install and test the equipment to ensure it all works as it should. 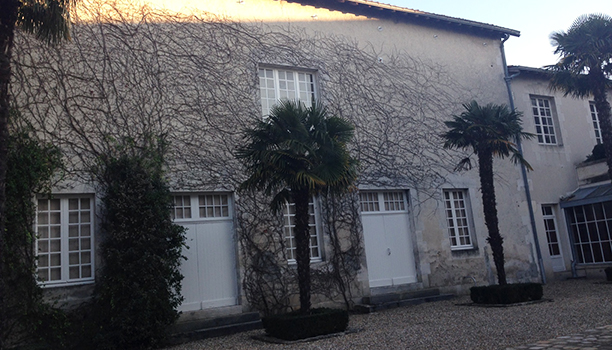 As the sun began to set, a visit to Rémy Martin’s distillery was the third and final pit stop of the day.

Founded in 1724 and considered today to be one of the four big Cognac houses, the tour through the firm’s distillery and historic cellars was led by international brand ambassador Gan Chian Mei.

With expressions including Rémy Martin XO Excellence and Rémy Martin Louis VIII (a rare blend of approximately 1,200 eaux-de-vie, some of which was distilled more than 100 years ago), the Cognac house uses eaux-de-vie chosen from the Grande Champagne and Petite Champagne regions to give the “greatest ageing potential”. 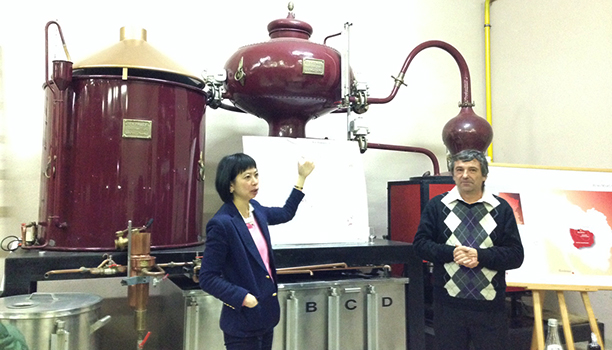 As part of the tour, the group was fortunate enough to meet with Jean Marie Bernard, master distiller at Rémy Martin.

Bernard talked about the distillation process before joining the group to taste a glass of Rémy Martin Coeur de Cognac before dinner. 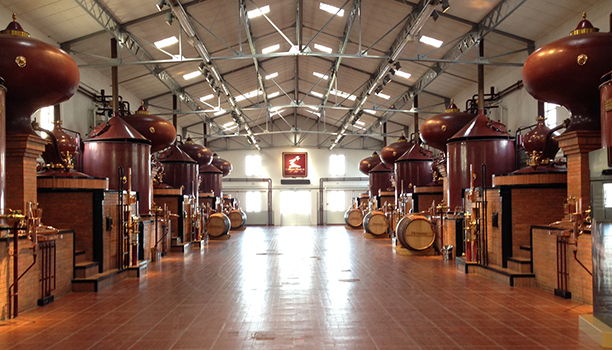 Day two of the trip started with a short drive to Hennessy’s distillery where brand ambassador Fabien Levieux explained the distillation process used by the brand.

The company has in total three different distilleries with a total of 40 pot stills.

But while the brand boasts more than 200 vineyards, these generate less than 1% of Hennessy’s Cognac, with the remaining eaux-de-vie needed to meet supply demands sourced from independent vineyards. 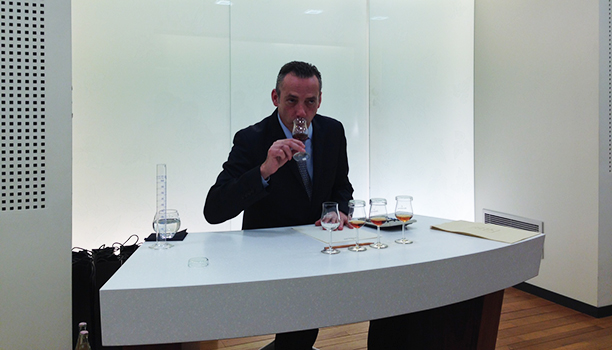 Following the tour of the distillery, the group was given the opportunity to become master blenders for the day.

Guided by the expertise of olivier Paultes, head of Hennessy distilleries and member of the tasting committee – which selects the eaux-de-vie to be used in the company’s Cognac – the task was to recreate Hennessy VS from three expressions.

Once the final recipes had been approved by Paultes, each person bottled their unique Cognac creation, which was then given the seal of approval with a personalised Hennessy label. 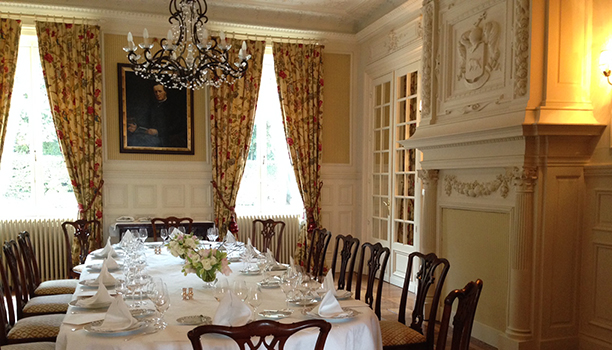 The stay with Hennessy continued further with lunch at Chateau de Bagnolet, built in 1810 on the banks of the Charente near Cognac.

It was home to the Hennessy family for nearly 125 years and its decor has been kept to offer guests a “homely” feeling.

In 1786, a conservatory was added to the building filled with all manner of exotic plants from around the world, including hibiscus, lemon trees, bougainvillea and anthurium. 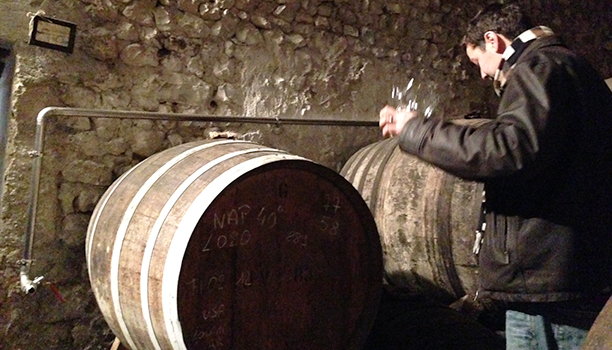 The next part of the trip progressed away from the large Cognac houses to a smaller producer – Dudognon.

Founded in 1776 and stiuated in the Grande Champagne region, the family-owned business produces between 10,000-15,000 bottles of Cognac per year and are one of the last remaining Cognac producers to use wood and coal to heat their stills.

According to Pierre Buraud, who helps run the distillery alongside his mother and father Claudine and Gerald Buraud, just five out of the 300 Cognac companies still use this method of heating.

The tour finished with a tasting of Dudognon’s entire range straight from the casks, including Dudognon Vielle Réserve (25-years-old) and Dudognon Héritage (40-years-old). 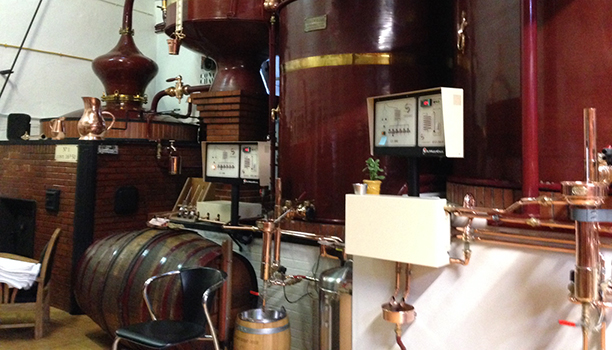 The tour ended with a visit to another smaller Cognac manufacturer, Distillerie Saint-Denis, and a tour by distiller Antoine Lespinard, followed by a unique opportunity to dine in the distillery itself.