The Australian market is witnessing a craft spirits boom in both the on- and off-trade, but it’s not without its tax and licensing problems, writes Paul Wootton

There has never been a better time to be a lover of premium spirits – and that’s as true of Australia as it is the rest of the world. It may be even truer Down Under; while the country’s isolation restricts availability of some foreign brands, Australia is currently enjoying a boom in locally produced spirits.

With around 50 distilleries currently operating in Australia, many of them in their infancy, it’s an exciting time for artisan spirits, with local distillers increasingly garnering awards on the global stage.

Many of the distilleries have great stories behind them, feeding into growing consumer interest in provenance. Tasmania’s Belgrove Distillery, for example, is one of only a handful in the world that is paddock to bottle, meaning all of the grain is grown on site.

Gregor is keen to campaign for a lower excise rate on spirits and intends to take his argument to the Federal Government. “Today a single standard 30ml nip of spirits attracts a minimum excise of AU$1. In the USA that figure is closer to 10¢… So little wonder your cocktails or mixed drinks are so expensive in Australia,” Gregor says.

He argues that Australia’s small brewers and winemakers enjoy generous excise and tax rebates and that craft distillers should be granted those benefits, too. “Australian distillers are rightfully recognised as some of the best in the world, but because of an overly burdensome excise regime we are being priced out of the Australian market to the benefit of our overseas, mass-produced competition.” Will Gregor get his way? Watch this space.

In the meantime, Australians are drinking less but drinking better. Alcohol consumption is already high (currently 9.9 litres of pure alcohol per capita annually) so growth in this market is coming from value sales rather than volume.

Australia has arrived late to the premium party though, and the off-trade, in particular, has been behind the curve. Only Dan Murphy’s, the “big-box” format owned by supermarket giant Woolworth’s, offers anything like a sophisticated liquor retail experience. Other chains and independent banner brands tend to be characterised by poor layout and confusing merchandising.

Drinks brand consultant Andy Gaunt, who looks after G’Vine Gin in Australia, argues that the off-trade has not been able to replicate the brand worlds the premium products have been investing in. “It’s not been a great shopping experience,” he says. “Especially when you compare it to travel retail and the way those environments have been able to create immersive experiences.” Gaunt acknowledges it is changing, though.

The new Dan Murphy’s store at Double Bay in Sydney sets a new benchmark in drinks retailing in Australia. It’s an epic store, stocking more than 3,500 drinks products, including a dedicated whisky section with over 400 brands. Dan Murphy’s also recently launched Connections, an online portal offering thousands of boutique and rare products not offered in-store. Currently, about half the products listed on the site are spirits.

Small spirits suppliers such as Vanguard Luxury Brands and Quittin’ Time are already reporting decent sales as a result.

The decision to launch Connections is a clear sign of Australia’s growing interest in premium spirits. So was the success of Top Shelf, a boutique drinks festival that launched in Melbourne in February with a heavy spirits focus. Nearly 4,000 consumers attended over two days, sampling from 100 exhibitors and participating in 40 educational presentations. The event will be back with a larger footprint in August 2015.

While the off-trade may be behind when it comes to premium, the on-trade is a different matter. Australia boasts numerous bars that are frequently cited on “world’s best” lists: The Baxter Inn, Shady Pines, Black Pearl, Bulletin Place and Eau de Vie to name but a few. The “small bar” revolution has had a huge impact on what Australians drink, compelling some larger pub operators to adjust their product ranges and introduce cocktail menus.

Working around the liquor laws

Some publicans have even developed new small bar concepts within their pubs – using under-utilised space to attract a new or higher-spending customer. The Smoking Panda, a Chinese-themed bar stocking over 65 Bourbons and 50 rums, is an example of this: it recently opened upstairs at the Hotel Coronation in Sydney; while The Clock Hotel in Surry Hills has turned an area on the first floor into the Whisky Room, offering more than 100 global whiskies.

In addition, a new breed of pub owner is emerging, putting the focus on food and quality drinks rather than “pokies”, the fruit machines that remain the commercial backbone of so many Australian boozers. The drinks category on everybody’s lips this year is craft beer, with consumption estimated to be growing at nearly 15% annually, albeit from a small base. Much of this growth comes at the expense of mainstream beer; there’s little evidence to suggest it’s impacting on spirits sales. In fact, the rise of craft beer helps underpin the efforts of other premium categories, encouraging consumers to be more adventurous in their choices and helping “normalise” the concept of trading up.

Spirits generally continue to perform well in Australia, particularly at the premium end. Established top-end vodka brands Grey Goose, Ketel One, Cîroc and Stolichnaya all report double-digit growth year-on-year, while the launch of Smirnoff Double Black late in 2013 helped the Smirnoff brand grow 4% in value from an already impressive base. A media tour of Australia by Dan Aykroyd helped put Crystal Head vodka firmly on the map, Aussie film director Baz Luhrmann collaborated on the launch of the spiced orange flavoured Absolut Oz, and Zubrówka moved its distribution across to Suntory Australia. The vodka juggernaut rolls on.

Consumption of gin in Australia has exploded. According to market research company Roy Morgan, the number of adults drinking gin has grown by nearly 50% in the last four years, with particularly strong growth of 92% among 18- to 24-year-olds.

Specialist gin bars have emerged to feed demand. The latest is The Powder Keg in Sydney’s Potts Point. It stocks over 120 different gins.

Rum and whisky continue to benefit from the cocktail and small bar revolution, with diversification of range helping grow interest in these categories and encouraging consumers to try new and/or more challenging styles. As with many other markets around the world, spiced rum is helping drive the rum category generally; while Diageo’s giant Aussie Bundaberg brand has focused this year on its Master Distillers Collection, tapping into the premium trend.

Australia has always been a big market for Bourbon – second only to the US in size. Bourbon commands a staggering 25% share of all bottled spirits sold in Australia. The market is dominated by the big brands but there’s plenty to keep aficionados happy; the excellent Michter’s, for example, is newly available here. In top bars, rye is making inroads.

Beyond the US, Tasmania’s excellent home-grown whiskies have been trending, on the back of international awards success and some glowing reviews from Jim Murray. Specialist whisky bars are also reporting huge interest in Japanese whisky, which has been made more affordable by a strong Aussie dollar. Suntory recently launched Kakubin into the Australian market in response to this trend.

The strong Aussie dollar has also benefitted Tequila. Australia only recognised Mexico’s protected appellation of origin two years ago, before which many sub-standard and non-Mexican products had been allowed to pass themselves off as Tequila. Genuine brands are now finding it easier to educate the market and, importantly, extol the virtues of its premium sector. That sector is performing well from a very small base.

Mezcal, too, is gaining some traction, particularly among bartenders and early adopters. Across all categories, the choice of products available has never been greater.

It’s an exciting time for consumers. But spare a thought for suppliers. With the continuing influx of new products combined with finite consumption, there are going to be plenty of brand casualties along the way. 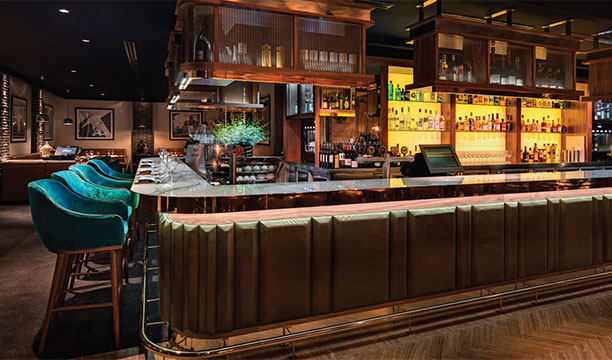 It’s not all a bed of roses in the on-trade. Following a number of violent incidents in Sydney, new licensing regulations were introduced in February this year. The laws imposed 1.30am “lock-outs” and 3am “last drinks” in Sydney’s Central Business District (CBD) and Kings Cross precincts. Venues in these areas have since reported significant falls in sales as a result of customers leaving early or choosing to spend their entire evenings in precincts unaffected by the laws.

A ban on selling shots after midnight has also had an adverse impact on venues selling neat spirits. In the eyes of the law, a premium serve of whisky, to be sipped and savoured, is viewed in the same way as a shot of cheap booze.

The Bourbon Hotel is probably the highest profile casualty so far of these laws. The iconic Kings Cross venue, where Frank Sinatra is said to have once played, is now on the market, less than two years after its AU$10 million (£5.4m) makeover.

Some venues have taken their fight to the authorities and, since the regulations were introduced, three pubs in the CBD have been granted exemptions. The Baxter Inn, with its focus on premium whisky, has earned a partial exemption, allowing it to serve neat spirits from midnight to 12.45am. The authorities are currently considering a further 12 applications for exemption. Expect there to be more.