As the spirits marketplace became even more competitive in 2014, brands strived to stand out from the masses with innovation. And with such a plethora of original spirits launched, our experts have gathered, judged and compiled a list of the most innovative spirits of the year,

Gin not only experimented with unusual botanicals, including insects and algae, it also tested the effects of ageing in different types of barrels.

New production methods for vodka were pioneered, as were distillation and ageing techniques for whisky.

Furthermore, the boundaries between different categories were merged by the rise of the hybrid spirits trend.

Click through the following pages to see the first instalment of our top 50 innovative spirits launches of 2014, counting down from 50 to 41. 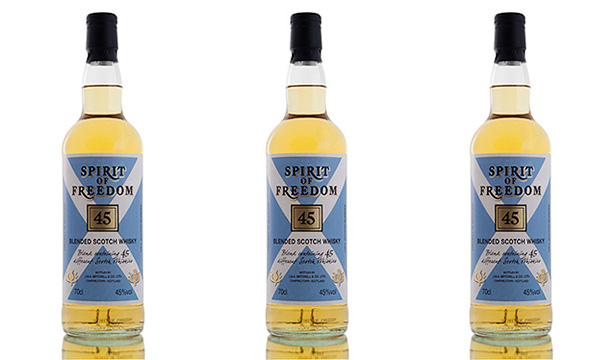 One Scotch whisky blender lamented the lost possibility of Scottish independence with its Spirit of Freedom expression.

In November, Springbank Distillers, based in Cambeltown, launched the whisky following the return of a “no” vote in the Scottish independence referendum.

Containing 45 different whiskies – reflecting the percentage of Scottish citizens who returned a “yes” vote – the expression is said to be the first “pro-independence” Scotch whisky.

While the whisky may not be typically seen as pioneering ground-breaking innovation in its production, it demonstrates timely, opportunistic and creative marketing tactics. 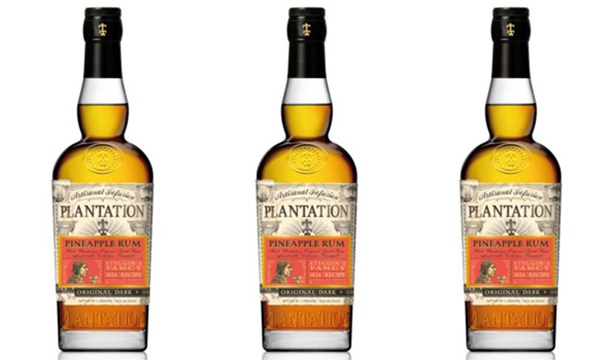 Flavoured rum is certainly not a new concept, but bartenders’ favourite Plantation Rum uses a pioneering process for its pineapple-flavoured Stiggins Fancy expression which makes it stand out from the crowd.

Alexandre Gabriel, founder of Plantation Rum and president of parent company Cognac Ferrand, teamed up with cocktail historian David Wondrich to create the rum, which is inspired by several traditional recipes used in the 1800s.

To make the expression, Gabriel infused ripe Queen Victoria pineapples in Plantation Original Dark Rum for three months, before adding the distillate of rum macerated with the bare rind of the fruit.

Stiggins Fancy is named after the Reverend Stiggins, a character in Charles Dickens’ The Pickwick Papers whose favoured tipple was pineapple rum. 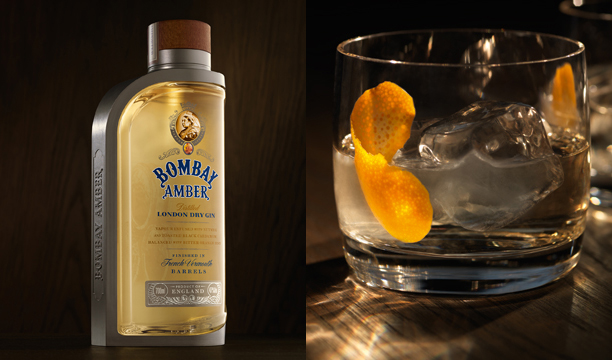 In April last year, Bacardi moved into the aged gin category for the first time with the launch of Bombay Amber, a cask rested version of its Bombay Sapphire gin.

While a number of established gin brands have experimented with the affect of wood on their products, Bombay pushed things an extra experimental step further by ageing its liquid in French vermouth barrels.

Bombay Amber is vapour-infused in the traditional Bombay Sapphire way with nutmeg, black cardamom and orange zest before resting.

Its arc-shaped bottle is also unique in the realm of gin, featuring chrome, wood and frosted glass. 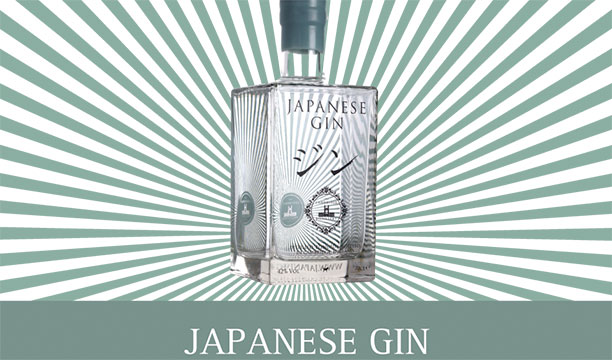 Alongside juniper, the gin features yuzu peel, shiso leaf, sansho pepper, sesame seeds and cucumber – each of which is vacuum distilled by Cambridge Distillery’s Will Lowe at low temperatures to retain the delicate flavours.

Launched exclusively in Selfridges and a number of high-end Japanese restaurants, Japanese Gin is described as “unique” and “elegant”.

Botanicals appear to get wackier by the minute in the gin industry as distillers demonstrate their experimental side to stand out from the masses.

However, Welsh distillery Dà Mhìle Distillery, based in Ceredigion, demonstrated both the trend for locally-sourced ingredients and “outrageous” botanicals with its Seaweed Gin.

The gin uses a range of botanicals commonly associated with seafood and is then infused with fresh algae from the Newquay coast.

The “slight saltiness” and “greenish hue” of the gin is said to make it “well-suited to cooking or food pairing”, at a time when most other distillers are looking to make their gins more suited to cocktails. 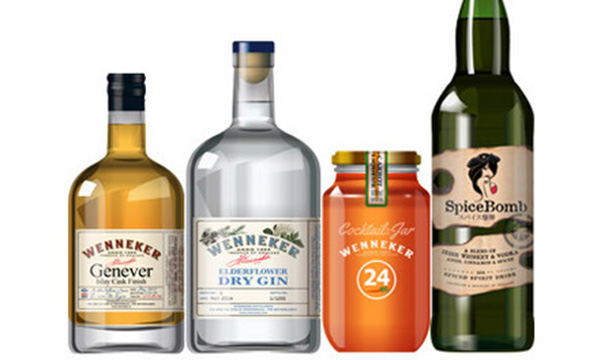 As liqueurs seem to get increasingly sweet and sugary, Dutch liqueurs producer Wenneker recognised the demand for savoury flavours in cocktails and released a carrot-flavoured bottling (middle right).

Said to have a nose of “freshly peeled carrots from sandy soil”, the release is one of just a few vegetable liqueurs on the market.

Wenneker also channeled the Prohibition craze and demand for homespun “moonshine” products with its jar-like packaging, which once empty can be used as cocktail jars. 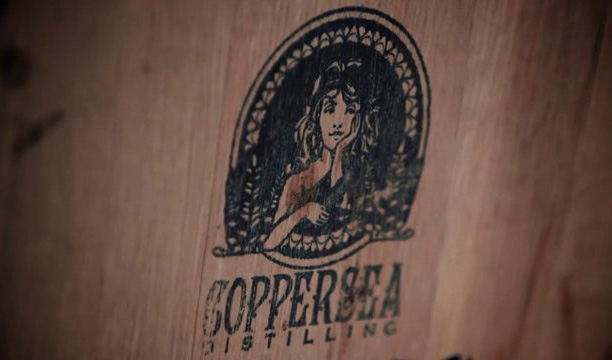 Back in July, US craft distillery Coppersea laid claim to creating the first “New York only” rye and Bourbon whiskeys since Prohibition.

The distillery uses New York-made barrels which are created from white oak grown in the state, and have also “gone to great lengths” to source all ingredients from within New York.

The whiskeys were the first to be aged in New York since 1964 when it was officially recognised as a “distinctive product of the United States”.

“When you reflect on how much of the flavour of an oak-matured whisky comes from the wood it is aged in, it becomes clear that a truly local whisky must be aged in locally sourced oak,” said Angus Macdonal, Coppersea master distiller. 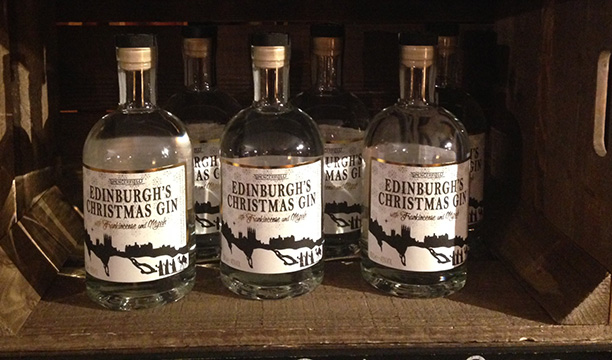 Spencerfield Spirit celebrated the start of the festive season with the launch of a Christmassy gin which includes frankincense, myrrh and nutmeg among its botanicals.

Described as a “bold move” by Spencerfield, the gin was produced at the Edinburgh Gin Distillery beneath the city’s Rutland Hotel in partnership with Heriot-Watt University School of Distilling.

The flavoured whisky fad has raised more than a few murmurings of discontent among Scotch aficionados in recent years, and Diageo certainly got a few tongues wagging when it released a honey-flavoured version of its J&B blended Scotch.

With a modern bottle and label design, and clearly labelled as a “spirit drink” to abide by SWA requirements, J&B Urban Honey is designed to appeal to “a new generation of men and women”.

“The rapid growth of flavoured spirit drinks made J&B a natural choice for us as we looked to drive innovation,” said Dougal McGeorge, global J&B brand director. 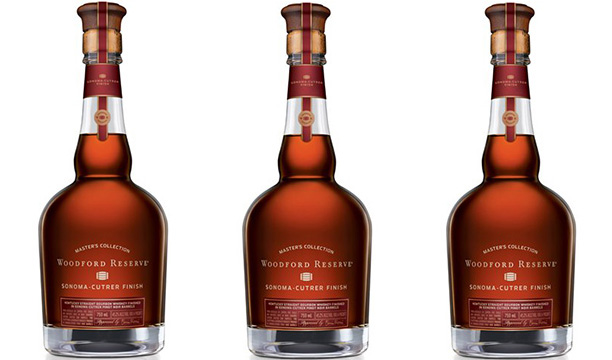 Brown-Forman-owned Bourbon brand Woodford Reserve extended its Master’s Collection in November with the launch of its Sonoma-Cutrer Pinot Noir-finished whiskey as part of its experimentation with different barrels.

Following the launch of Sonoma Cutrer Finish in 2007, and Four Wood in 2012, this small-batch Bourbon has been aged in Pinot Noir barrels from the Sonoma-Cutrer winery in California.

Exemplifying a bid by the industry to channel some of the definitive flavours of wine, the expression is said to have a “refreshingly fruit forward” flavour as a result of its maturation in Pinot Noir barrels.

Its launch enticed interest from both Bourbon and Sonoma-Cutrer fans who were keen to detect any overlapping flavour profiles.