It was a decisive move by Grey Goose to fly into its own super-premium vodka market – and it’s a move that’s paying off as the brand’s story of success continues.

*This feature was first printed in The Spirits Business August 2014 issue.

Back in the 1970s the late liquor baron, Sidney Frank, was building his empire in the States. Within his stable was a sugary German Liebfraumilch – a beverage that bridged the gap between soft drinks and wine for a generation of Americans. Liebfraumilch faded like many fads from “the decade taste forgot”, but Frank had registered his brand name worldwide and was clearly attached to it. “There was always something about the name that had magic with the consumer,” he later said.

It sure did, prompting Frank to keep hold of the Grey Goose name and eventually pass it onto the iconic vodka that created the super-premium category almost single-handedly. Grey Goose Vodka was distilled from thin air in the summer of 1996 as a concept with no distillery, no bottle and no spirit. Eight years later, with sales somewhere north of 1.5 million cases, it was bought by Bacardi for a reported US$2 billion. Two thirds of this staggering sum went straight into Frank’s back pocket, though sadly he suffered a fatal heart attack on his private jet two years later. Since then every budding spirits entrepreneur has dreamed of emulating Sidney Frank’s success.

The man’s genius was obvious from Jägermeister – a herbal digestif drunk by elderly German immigrants which he turned into one of the hottest student brands ever. This gave him the confidence, financial clout and distribution muscle to take on Absolut. Rather than go head-to-head or undercut America’s top premium vodka at US$17 a pop, Frank released his Goose at an eye-watering US$30, and called it super-premium. Crucially he gave consumers a reason why.

The “why” came from its production in France, the cradle of luxury drinks brands from Pol Roger to Pétrus, and from being rated “the world’s best-tasting vodka” by the Beverage Testing Institute of Chicago in 1998. No one had heard of this obscure institute until full-page ads splashed its name across the Wall Street Journal. Readers could relate to something that scored 96/100, having been taught to buy wine by numbers by the wine guru, Robert Parker

Later, with the Iraq invasion looming, the ads were stamped with ”100% American-owned”, lest there be any anti-French backlash à la “freedom fries”. To those arty, creative types at Absolut, Grey Goose’s marketing must have seemed almost vulgar, but it worked. Other factors included the bottle design that looked great back-lit in a bar, the fat margins shared through the supply chain and the careful seeding of the brand into the right spots. Celebrity endorsement was also key, not least the appearance of Goose Cosmos in Sex and the City. But maybe the biggest factor was simply the price. As the most expensive vodka, Grey Goose was de facto: “the best”.

As to why Bacardi wrote such a massive cheque, Natasha Curtin, the vodka’s current global brand manager, prefers to talk of its roots in the Cognac region. “It was created by a maître de chai, François Thibault, who’s the essence and heart of Grey Goose,” she explains. Thibault was there at the start and, according to Curtin, retains “an obsession with ensuring he controls the whole process right down to which wheat to use. It’s sourced from selected farms in Picardie where we create our own distillate, which is then taken to Cognac and blended with water from the region. So it’s really the uncompromising quality of Grey Goose that made it so attractive.”

Perhaps more important was the brand’s global potential. With 96% of sales in the States (in 2006), Grey Goose barely existed in the world beyond. In the first four years Bacardi added 1.5m cases to the brand. Since then growth rates have slowed thanks to intense competition, and US sales slipped 2% to 3.38m cases last year according to Impact Databank. Curtin mentions Canada, the UK, Germany and China as key markets, yet in many ways super-premium vodka remains an almost wholly American phenomenon. For Curtin, “it’s the fastest growing sector within the vodka category. I think there are brands that are charging a premium that might fall from favour, or be challenged. Brands that are authentic, are made of substance and deliver are the ones that are going to flourish and do well.”

With the words “Distilled and bottled in France” stamped on every bottle, and with its few, carefully-chosen flavours like Le Citron and La Poire, Grey Goose wears its French heart on its sleeve. “It’s something I sometimes ask François about, and I’ve never seen a man so angry,” says Curtin. “It’s why we went to France and specifically to a man in Cognac because it really is the home of extraordinary luxury spirit-making.” She’s convinced it resonates with consumers. “For many people, France shows a lot of history and understanding of how great liquids are put together.”

Quite what the Cognac locals made of having a vodka imposed on them is unclear, though one version appears in Fly Beyond, the brand’s latest blockbuster campaign, released last year, starring Thibault as himself. Just like Bacardi with its Untameable Spirit campaign, Grey Goose decided now’s the moment to reveal all. It hired Hollywood’s Nicolas Winding Refn to direct a 90-second advert entirely about Thibault – “the man with a dream who fought against all odds, and in the end won,” says Refn. The ad features various Frenchmen from central casting shaking their heads with an emphatic “Non!” at the outrage of making vodka in the region. In truth, Grey Goose was probably a blessing when it arrived given the state of the Cognac industry at the time.

“Fly Beyond is more than a campaign for us, it’s really our corporate view of the world,” says Curtin. “More and more people were asking about the provenance of our brand, and it just felt the right time to share our story and do it in the right way. Some say Goose’s success endures because it’s not relying on coolness, which is fleeting, but on ‘best-ness’. There will always be a large subset of drinkers who want to drink the best.”

Click through the following pages to see the timeline of Jameson Irish whiskey’s brand history. 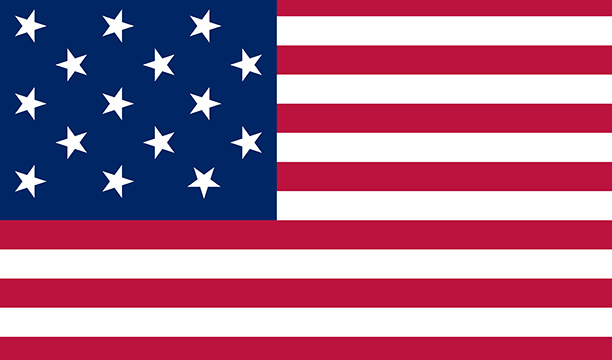 Grey Goose launches in the US, which would later account for 96% of the brand’s total sales in 2006. 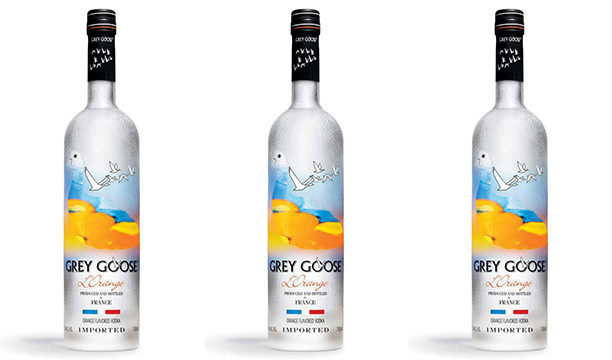 L’Orange becomes the first flavour from Grey Goose, followed by Le Citron in 2002 and a host of others in the years to follow. Such flavours paved the way for innovation such as Grey Goose VX – a vodka and Cognac hybrid spirit. 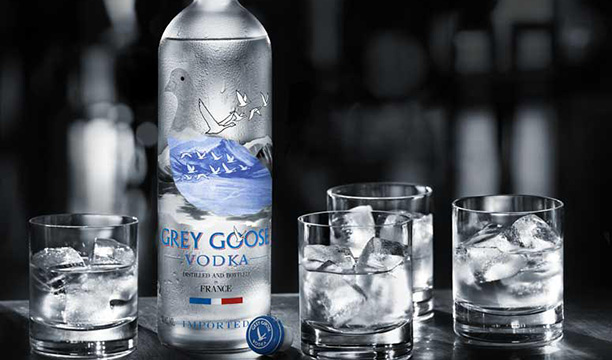 Grey Goose US sales hit one million cases, despite what was viewed as its eye-wateringly high price. 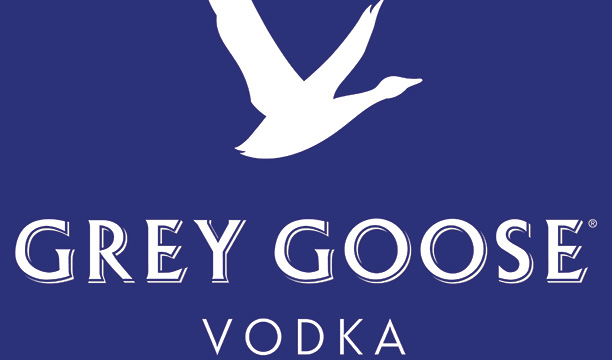 Bacardi acquires the brand for a reported US$2 billion and pushes volume sales even further. 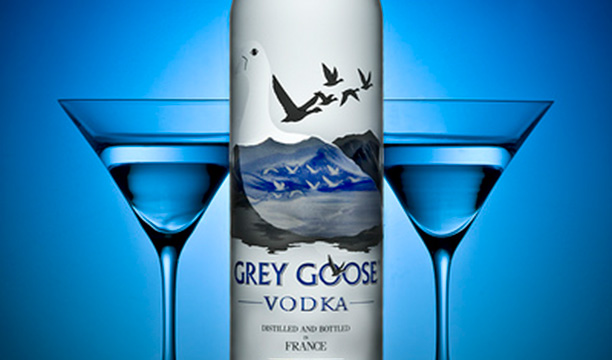 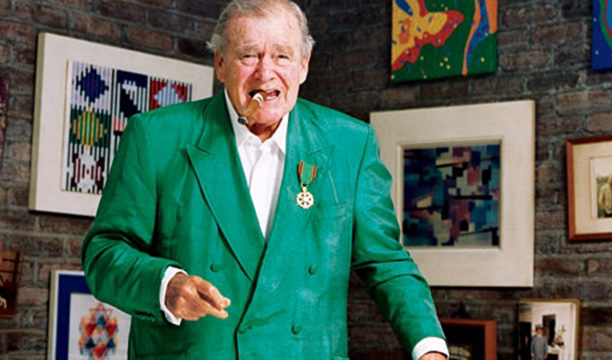 Sidney Frank dies at the age of 86, suffering a fatal heart attack on board his private jet. 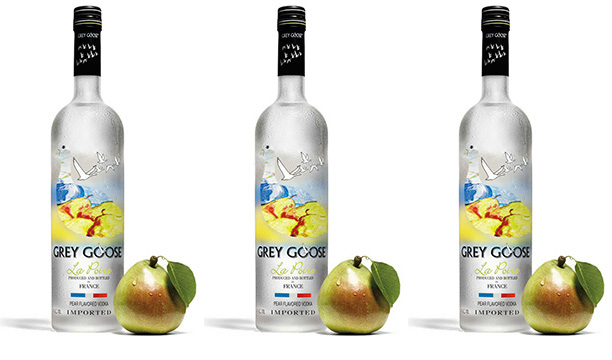 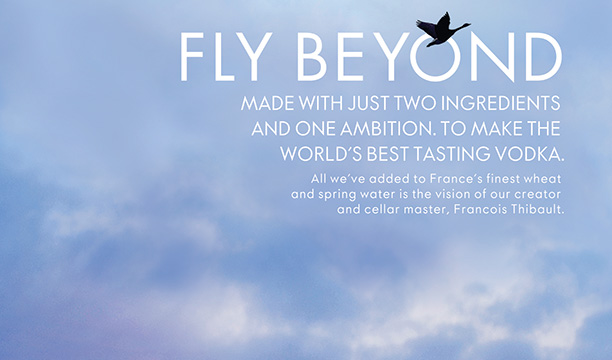 Grey Goose releases its biggest marketing campaign to-date, Fly Beyond, which tells the story of Grey François Thibault and communicates the brand’s provenance.