Exile, revolution, war and Prohibition all played a part in shaping the fascinating story of rum. Here are the spirit’s top 10 historical moments.

It may be one of the biggest spirits categories in the world, but rum has encountered its fair share of set backs and challenges since molasses were first distilled in the 17th Century.

With roots in the colonial slave trade, the spirit later became forever associated with drunken sailors as the Royal Navy were rationed a “tot” of rum a day.

The world’s largest rum brand Bacardi was created in 1862 and laid claimed to being the first rum to feature in the Cuba Libre cocktail.

While Prohibition proved fruitful for the industry, when other sectors were contrastingly dealt a fatal blow, it soon encountered its biggest upheaval in the Cuban Revolution and the ensuing US/Cuba trade sanctions.

Which other historical events made the rum industry what it is today? Click through the following pages to find out. 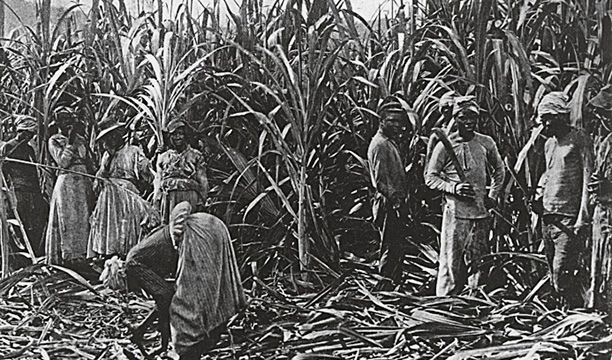 The origins of rum lie in the Caribbean plantations, where slaves are believed to have discovered that molasses could be used to distil alcohol.

Many historians believe that this process was first discovered in Barbados – where an ancient document calls the spirit a “hot, hellish and terrible liquor” – while others believe there was proof of rum production in Brazil as early as the 1620s. Meanwhile, evidence of alcohol made from fermented sugarcane dates back to the 14th Century in Europe, India and China.

Rum production then moved to colonial North America, where the first rum distillery is thought to have been opened in Staten Island in 1664. 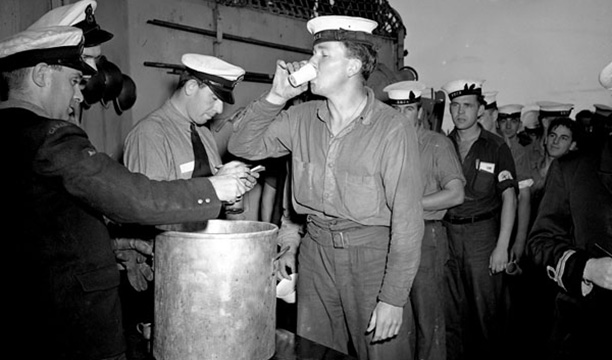 In 1655, the Royal Navy famously switched the daily liquor ration it gave to its sailors from French brandy to rum.

However almost a century later, in 1740, sailors’ tots of rum began to be watered down to prevent drunkenness, creating a mixture known as grog. This added lemon or lime juice to help prevent the onset of scurvy. 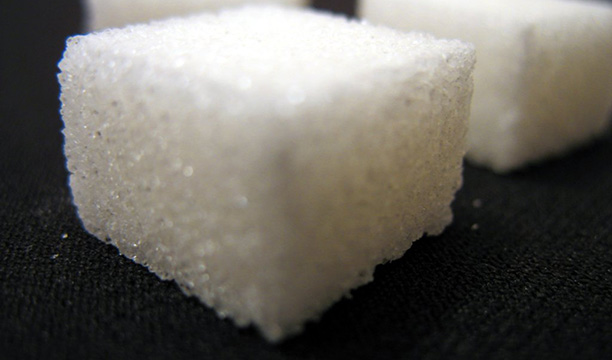 In the 18th Century, there was increasing demand for rum in Europe, meaning that a trade triangle was established between Africa, the Caribbean and the colonies. However, while rum was profitably exchanged along with molasses and slaves, this was disrupted with the implementation of what is known as the Sugar Act in 1764.

Also known as the American Revenue Act, or the American Duties Act, this legislation passed by the British parliament halved the amount paid in the previously Molasses Act, which in 1733 imposed a tax of six pence per gallon of molasses.

Despite this lowered duty, the Sugar Act was strictly enforced, while tax paid through the Molasses Act was largely evaded. As such, trade to colonies such as the Canary Islands and Great West Indies significantly reduced. 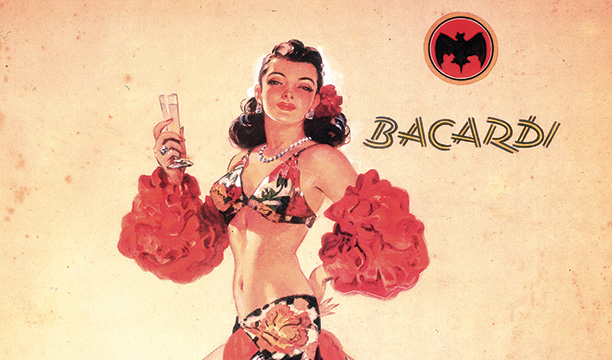 Bacardi, the world’s best-selling rum brand, was officially founded in in 1862 by Facundo Bacardi Masso, a Spanish wine merchant, in Santiago de Cuba. The group has also since become the largest privately held, family-owned spirits company in the world.

According to marketing folklore it was Dona Amalia, Facundo’s wife, who cunningly devised the iconic Bacardi bat to appeal to Cuba’s largely illiterate population. Others say the icon was inspired by the fruit bats that lived in the brand’s first distillery.

In an attempt to make rum of the 17th Century more refined give Bacardi a distinct taste profile, Facundo created the spirit with an isolated proprietary strain of yeast, something still used to this day in Bacardi production. 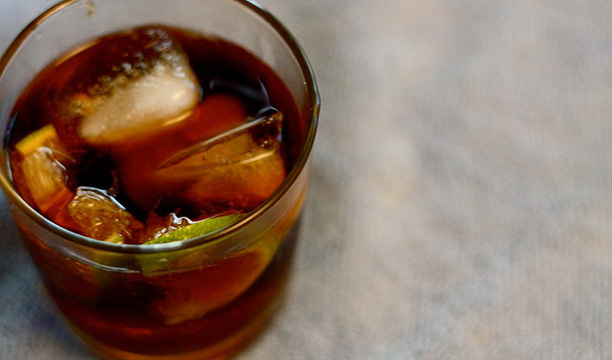 At the turn of the 20th Century, rum claimed its title as an early pioneer of modern cocktail culture with the Cuba Libra, the now-iconic mix made from the spirit, coke and lime.

As with most classic cocktails, the origins of the Cuba Libre are somewhat hazy, though Bacardi claims the mix was first created during the Spanish-American War when US troops arrived in Cuba and introduced Coca Cola to the freed masses. The brand claims that once some off-duty soldiers saw their captain enjoy a Bacardi rum and coke with a wedge of lime, all followed suit and toasted Cuba’s new freedom.

The mix has remained one of the most popular in the industry, and has even paved the way for classic rum cocktails such as the Dark ‘n’ Stormy, Daiquiri, Mai Tai and Mojito. 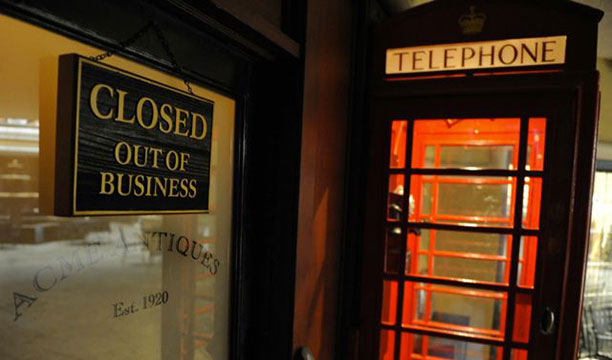 While many spirits suffered fatal blows in when the US government ratified the Eighteenth Amendment in 1920, the rum industry flourished.

As America’s most popular spirits, whiskey and Bourbon drastically declined, with most businesses closing shop for the next 13 years – or legally at least.

Americans therefore started flocking to Cuba in search of unbridled fun and hedonism, where they were introduced to the country’s national spirit, rum. The spirit also became almost synonymous with bootlegging at the time as so-called “rum-runners” would smuggle liquor, including rum, into the US. 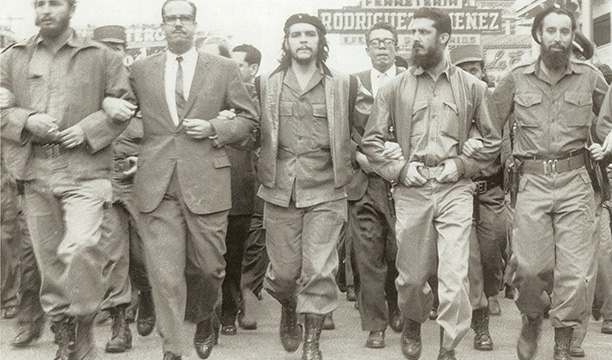 In 1953, Cuba descended into turmoil when revolution was embarked upon in 1953, with Fidel Castro’s vanguard and its allies revolting against the government of Cuban president Fulgencio Batista.

This six-year event was particularly pertinent to the history of the Bacardi family, who initially supported revolutionary Castro, but then switched allegiance to Che Gevara. As such the family was forced into exile to Miami once the government was overthrown by Castro in 1959 and their private assets were seized under the communist regime.

However, the brand managed to avert ruin since it had opened branches in other countries prior to the revolution, operating trademarks and assets out of the Bahamas and distilleries in Mexico and Puerto Rico. 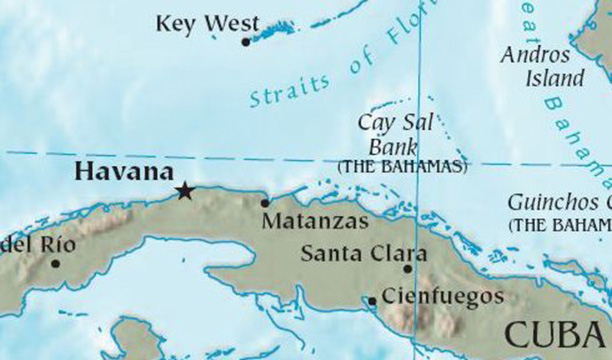 Following the Cuban Revolution, the US placed a commercial, economic, and financial embargo on Cuba, banning all exports except food and medicine. This was then extended to all imports in 1962.

As such rum made in Cuba was expelled from being sold in the United States, leading to one of the most high profile trademark battles in the spirits world.

French drinks group Pernod Ricard part owns Cuban rum brand Havana Club, which was nationalised after the Cuban revolution, and is banned from being imported into the US. However, Bacardi purchased the Havana Club trademark from the original Cuban owners who emigrated to the US.

Pernod Ricard has long-been fighting the Bacardi’s Havana Club trademark in the US, and has since registered the alternative name for Havana Club, Havanista, ready for if trade sanctions between the US and Cuba are lifted. 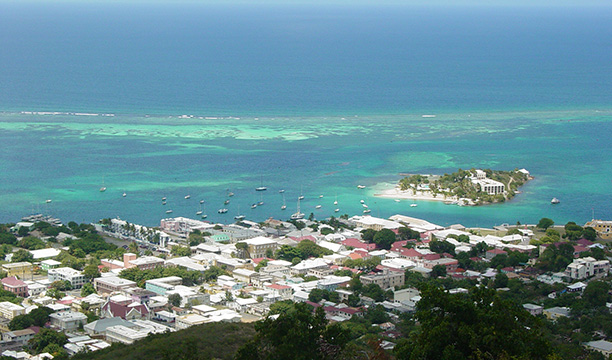 In 2012, Caribbean nations threatened to register a full complaint with the World Trade Organisation (WTO) against the US in a simmering row over rum subsidies provided to some of the sector’s biggest operators, namely, Bacardi and Diageo.

The concerns were, and still are, predominantly based around tax incentives offered to rum distilleries to base their operations in the US territories of Puerto Rico and the US Virgin Islands.

The recent, dramatic increase in these subsidies has caused concern among smaller Caribbean producers, who fear more larger companies will move all their operations to US territories, subsequently eroding market share. 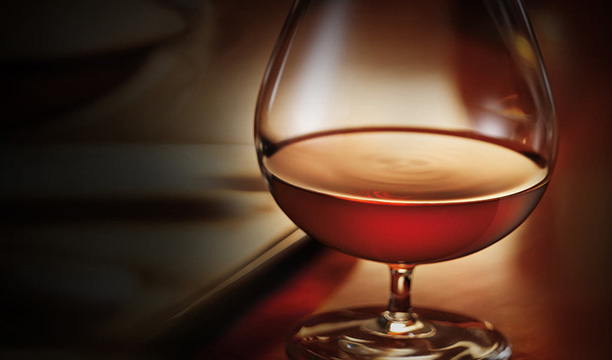 With the likes of Bacardi long-promoting rum as a “good time” party drink, there is now a move towards more premium expressions with older, craft expressions made for sipping.

Meanwhile, rum brands are releasing ranges targeted towards the spirits connoisseur. Bacardi launched its hand-crafted Facundo Rum Collection which pays homage to the brand’s founder Don Facundo and is intended to be sipped straight.