Two centuries since its birth, Jameson Irish whiskey – with its charm rooted in the streets of Dublin ­– can now boast its global appeal, writes Tom Bruce-Gardyne.

On the eve of the 20th century, whisky was a very new vice outside Scotland and Ireland. For distillers in both countries, the world was up for grabs, and the smart money was on the Irish. When Distillers Company, a distant ancestor of Diageo, built Dublin’s Phoenix Park distillery in 1878, it claimed that demand for Irish whiskey was five times greater than for Scotch. With its smooth, pot still taste, it was considered superior to the rougher, often unaged, blends coming from Scotland.

John Jameson & Co. had been distilling whiskey in Dublin since 1780. With an annual production of a million gallons by 1900 the future looked bright, but then came Irish independence and the subsequent loss of the Commonwealth markets, followed by Prohibition. “By 1988, when Pernod Ricard bought Irish Distillers, there was just one company with seven brands,” says Dan Lundberg, Jameson’s global brand director. Jameson may have been the flagship brand, flanked either side by Bushmills and Powers, but its sleepy Irish parents had only gotten round to bottling it 20 years earlier. Before then it was sold to bonders to bottle themselves.

From selling half a million cases, half of them in Ireland, the French group has turned Jameson into a truly global brand with exports accounting for over 90% of sales. Last year it jumped 14% to 4.6m cases (Impact Databank) – a performance that completely eclipsed the rest of Pernod’s portfolio. With the likes of Chivas Regal down 6% and Martell dropping 7% in the latest third-quarter results, it is no wonder that Jameson has become the toast of the company’s Parisian boardroom. So just how did it happen?

“For Pernod Ricard, it was probably the first brand that had an international footprint,” says Lundberg. “It was a great opportunity for them and obviously Jameson. It gave the brand a distribution strength it didn’t have, and the investment the distillery needed. So it was a great marriage.” And the timing was good. During the 1990s, kick-started by a hefty cash injection from Brussels, Ireland experienced an astonishing upsurge in economic, artistic and social confidence. The Celtic Tiger was born and Jameson, together with Guinness and Bailey’s, leapt on its back and took off.

The first real export market to be developed was South Africa, where Jameson benefitted from a presence before Pernod acquired power brands such as Chivas and Absolut. “Jameson was the clear, number one priority,” says Lundberg, who credits its success with a “single-minded focus on the taste, and a very strong, consistent effort in building advocacy and a loyal consumer-base”. Relying on a network of Irish bars might have got you somewhere in Boston or Brooklyn, but it wasn’t going to work like that in Cape Town.

“The Irish side of Jameson, how it affects the way the brand speaks and behaves, and gives it that light-hearted unpretentious attitude… is critical,” Lundberg says. But Pernod realised it had to be far more than simply Irish. To come from the land of U2 where the “craic” is mighty and the drink flows freely was never going to be enough. “It wasn’t going to unleash the success we’ve had.”

Back in the States, the temptation to play the Irish card must have been stronger and there may have been a slight inferiority complex vis-à-vis Scotch. The title of one early ad, “Scotch on the Rocks”, is crossed out and replaced with “Jameson Irish” scribbled in pen. Lundberg sees it rather differently. Like the “Triple Distilled” and “Twice as Smooth” campaigns that followed, “it was simply a message that says: ‘Yep, we’re whiskey, but we have our own take on that.’”

In terms of marketing, he reckons “what has changed, at least in the more developed markets, is there’s a category of whiskey the consumer now understands. What is a challenge when you’re not part of an established category is there’s a lot of groundwork and foundation laying to do.” In most of the world, that has been a one-man job for Jameson, and being synonymous with the category can have its downsides. Former brand manager Peter O’Connell says: “You could become quite complacent; competition is certainly a great fuel for growth.”

On the other hand, it does “give us a very strong point of differentiation”, says Lundberg, who clearly doesn’t define Jameson by its precise category. “At 4% of all whisky, Irish whiskey has immense room to grow, and we’re going to have to be incredibly competitive and engaged.” One whiskey often mentioned as a kind of benchmark is Jack Daniel’s, which sold 11.5m cases – nearly 5m in the States – last year. Jameson is due to pass 2m cases in the US, having grown 19% in 2013.

It’s an impressive performance for a brand not in its first flush of youth, though Lundberg insists, “It’s still early days in many senses. Overall I wouldn’t call the US a mature or developed market at a macro level.” Beyond America there are some huge whisky markets to develop, like Brazil, which Diageo dominates with Johnnie Walker. Not being a Scotch almost certainly helps. “You have a large consumer base enjoying whisky and getting more interested in trying new things, and we can bring something unique.” By contrast, India, with its deep affinity for Scotch whisky, may prove a harder nut to crack.

You can certainly criticise Jameson for failing to premiumise. Beyond the motherbrand of Jameson Original, there are six to choose from including Gold and Rarest Vintage Reserve, though collectively they account for less than 5% of the volume. But that’s an opportunity as well as a weakness. Either way, there are no plans to enter the booming flavoured market with a Jameson Honey, a job that’s been left to stablemate Paddy’s Bee Sting.

The next big milestone will be to achieve 5m case sales in the next 12-18 months, reckons Lundberg. Beyond that, the sky’s the limit. Having invested €200m in new maturation warehouses and an expanded distillery in 2012, Jameson plans to double the value of sales to €1 billion by 2020. Judging by its past performance, you wouldn’t bet against it.

Click through the following pages to see the timeline of Jameson Irish whiskey’s brand history. 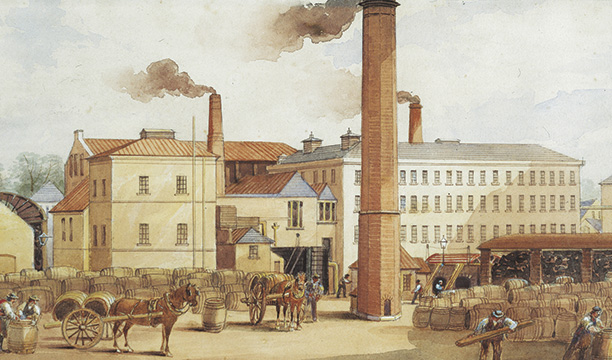 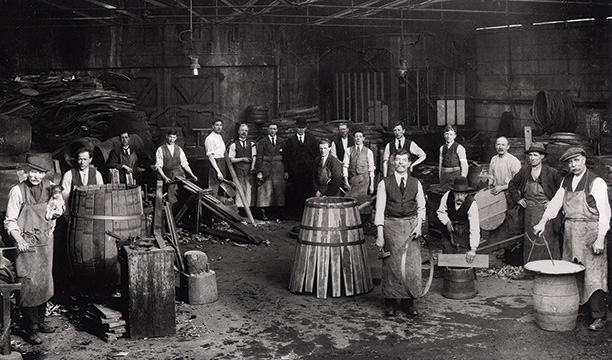 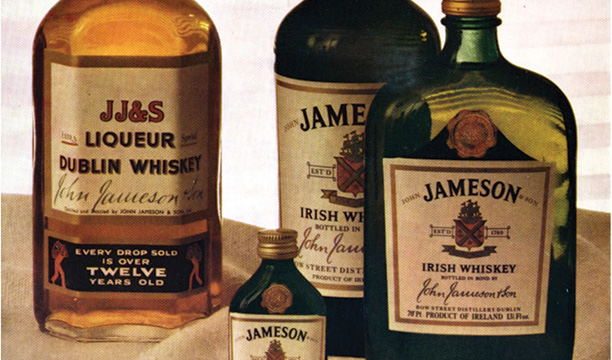 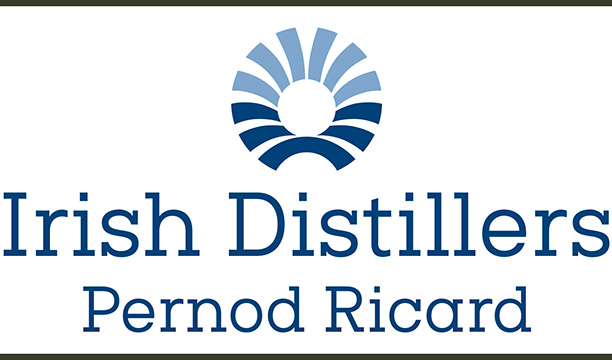 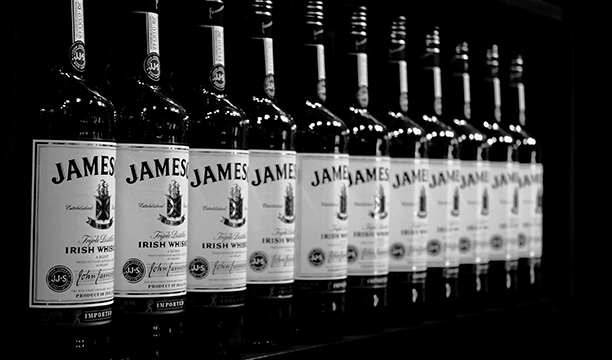 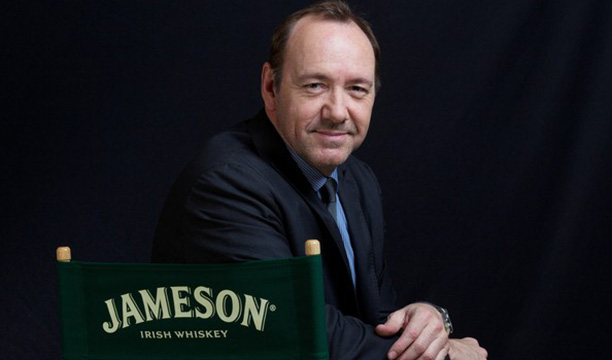 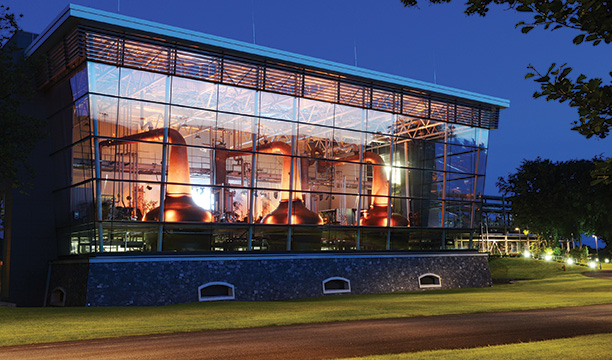