The most recent wave of cocktail innovation is riding the crest of New Orleans’ restaurant boom, with the best venues swinging both ways, BarChick discovers.

Sipping on a proto-tiki cocktail while tucking into what can only be described as a rich man’s Ropa Vieja, it’s hard to decide which is more impressive: the succulent meat stew or the crafted rum cocktail. Like so many hotspots in New Orleans, Cane & Table could be restaurant-bar or bar-restaurant: either way, it’s winning. Food and alcohol have always gone hand in hand, but some of the most innovative drinks programmes in the city are now found behind the bars of restaurants, and some of the city’s best kitchens are housed in cocktail bars.

Throughout its history, New Orleans has championed these natural bedfellows. In 1949, Breakfast at Brennan’s arguably invented the boozy brunch, and Count Arnaud Cazenave of legendary restaurant Arnaud’s was exonerated for drinking during Prohibition after an eloquent speech on the importance of serving alcohol with food. As a port city, boats would appear from far-flung places bringing exotic fruits, herbs and spices, which influenced both the unique Creole-Cajun cuisine and the cocktails; just look at the Hurricane or Gumbo.

But after years of holding the flame for cocktail culture in the US, standards began to slip. While cities such as San Francisco and New York were reinventing the wheel, by the noughties the scene in New Orleans veered from tired to tawdry, with Bourbon Street morphing into a stag-party strip, home to neon green hand grenades and too-sweet frozen Daiquiris. “Cocktail culture in New Orleans wasn’t resting on its laurels,” says Lu Brow, bar chef of Swizzle Stick Bar in Café Adelaide, “it was dead. It wasn’t until after Katrina that things really started to change.”

In the mass rebuilding after the tragic events of 2005, the city had an influx of Yurps (young urban rebuilding professionals), increasing the number of households with incomes above US$75,000 (although the median is still below the national average). The number of restaurants increased by an estimated 70%, with restaurateurs attracted to the rich history, food culture and opportunities for development, which has done much to invigorate the bar scene.

Two events had already started to turn the tide: Tales of the Cocktail started with some enthusiasts sitting around the Carousel Bar in the Hotel Monteleone in 2003, and the “Cocktail Chicks” Lally Brennan and Ti Martin opened The Swizzle Stick Bar at Café Adelaide in 2005. “These two hotel bars quickly became hotbeds of a new cocktail movement incorporating both the fresh, local ingredients that are synonymous with the kitchens of New Orleans and the history of the great cocktails of the past 200 years,” explains Abigail Deirdre Gullo, bar chef at SoBou, where the excellent cocktails are inspired by the equally impressive menu of modern Creole and street-food-style cuisine.

But the most recent cocktail innovation has come on the back of the restaurant boom, and now most new venues swing both ways. As Nick Detrich, managing partner of Cane & Table, explains: “With the development of the cocktail culture over the past several years, more places are realising their cocktail programme can’t be an afterthought if they are to be considered a serious restaurant.”

Take Sylvain: this bistro-bar has attracted as much attention for its kitchen as for the creativity of the cocktails, best imbibed in its charming courtyard. You can have a civilised date night drinking Tea Punch, or get on it after hours with whiskey at the copper bar.

“Whatever produce or herbs the kitchen is playing with at any given time of the year directly influences what goes into our cocktails,” says Tony DiMunno of Maurepas Foods, a fantastic locavore restaurant. “Now it’s curry herb and mint; other times it’s a fresh harvest of Arkansas apples.”

The Spirited Dinners at Tales of the Cocktail have this year introduced A Taste of New Orleans, offering fixed-price menus with a corresponding cocktail. The venues involved – notably SoBou, Kingfish, Cane & Table, Tivoli & Lee and Café Adelaide – highlight how strong the crossover scene is right now, and the constant move further in the dining direction. As SoBou’s Gullo says: “I look forward to the time when craft bartenders get the same respect and recognition that sommeliers and chefs receive.” Our sentiment exactly.

Flick through the next few pages to discover the best bars in New Orleans. 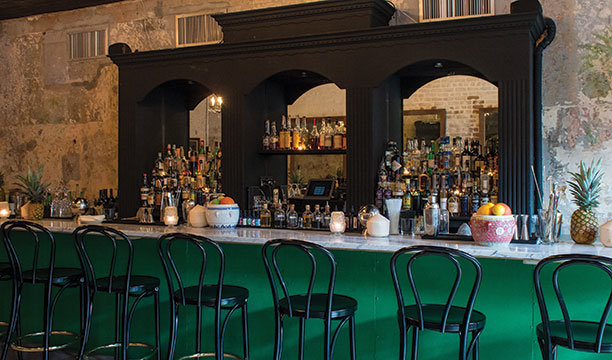 This is a tiki bar without the kitsch. It looks more like a colonial saloon on a far-flung island, classy yet rustic. Exploring the cocktail heritage of New Orleans through a Caribbean lens, they offer traditional colonial cuisine (think rice and beans) deliciously dressed up alongside proto-tiki cocktails. The drinks list changes weekly, playing with historical sources and ingredients. This is somewhere to enjoy dinner, then linger after hours. 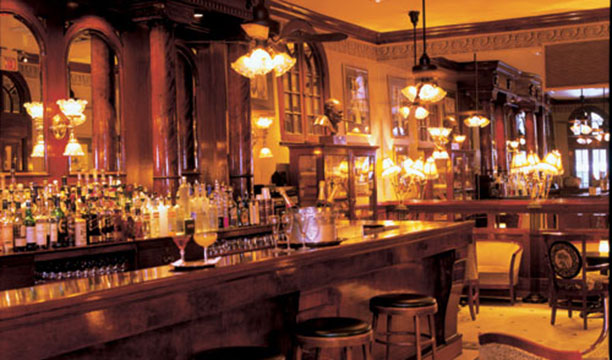 This elegant French Quarter bar is headed up by Chris Hannah, the man generally agreed to be the best barkeep in New Orleans. Located inside historic Arnaud’s restaurant, which opened in 1918 and served “coffee” throughout Prohibition, French 75 harks back to bygone times with staff in white tuxedos, lots of smoky dark wood and probably the best Sazerac in the city. 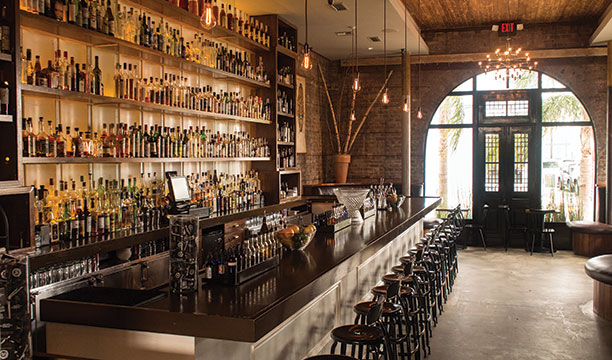 Opened in 2009 by Neal Bodenheimer and Kirk Estopinal, cocktail den Cure was one of the first bars to reinvigorate the tired cocktail scene in New Orleans, and they haven’t let the ball drop yet. Freret Street has since become a restaurant/bar hotspot, with Cure at its heart. The interiors are classic and cool, with the stunning back bar the centre of the action. Bar manager Ryan Gannon keeps you guessing with cocktails crafted from unusual tinctures and bitters, while Adam Biderman’s small plates are just as good. 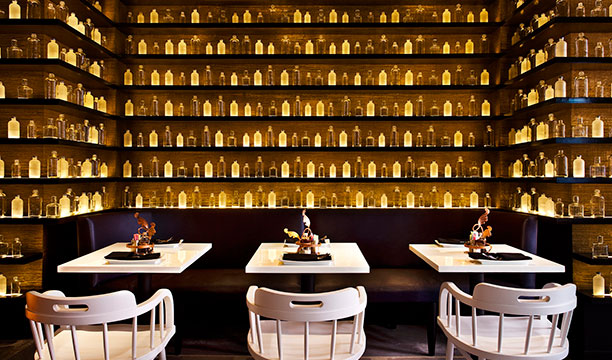 A firm favourite in the French Quarter, bar chef Abigal Deirdre Gullo is at the helm. Ask her what’s brewing in the barrel behind the bar, or for a taste of her latest batch cocktail; she’s constantly experimenting to up the ante. Dine on the international fusion food in the refined restaurant space to a backdrop of illuminated apothecary bottles. 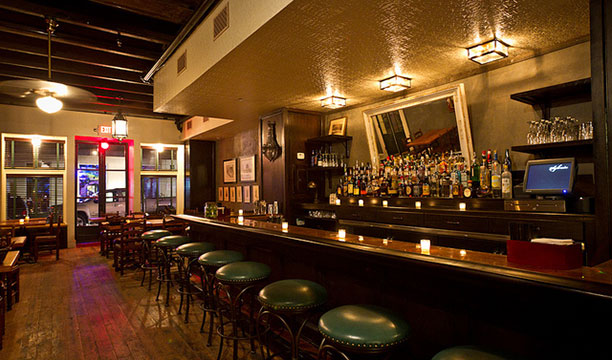 The entrance is tucked down a dark alley, with just the flickering candles of the romantic courtyard to beckon you in. Brought to New Orleans by Robert LeBlanc and Sean McCusker, it’s stylish and seductive, bringing together an old world New Orleans look (it’s housed in an 18th Century carriage house) with modern day attention to detail from the farmers market ingredients in the new American menu to the cocktails from the insanely talented bar team.