Hoards of investors have rushed to open new distilleries in the UK over the past 12 months, as the spirits renaissance continues to flourish.

According to the London Craft Distilling Expo, a whopping 24 new distilleries are to fire up on UK shores before the year is out, more than the combined total of new openings over the last five years.

The majority of these openings, however, are confined to the British mainland and in particular Scotland where distillers have struggled to keep up with increasing global demand for brown spirits.

However, it’s not just whisky these investors are interested in. A global renewed interest in gin, combined with a need to drive revenue before whisky stocks come of age, has resulted in a wave of new Scottish gins come to the fore over the last 12 months.

South of the border in England, a rich whisky industry is bubbling away, as several new establishments fired up the stills this year. Again, gin and future plans for whisky are the predominant spirits of choice, although some are branching out into speciality liqueurs on the side as well.

Unfortunately not one distillery in Northern Ireland or Wales opened, or is set to open, in 2014, despite several in Ireland itself as the Irish whiskey industry gains pace overseas.

However, the growth of new distilleries in the UK is nevertheless encouraging, prompting us to list our top 10 UK distilleries opening in 2014 on the next few pages. 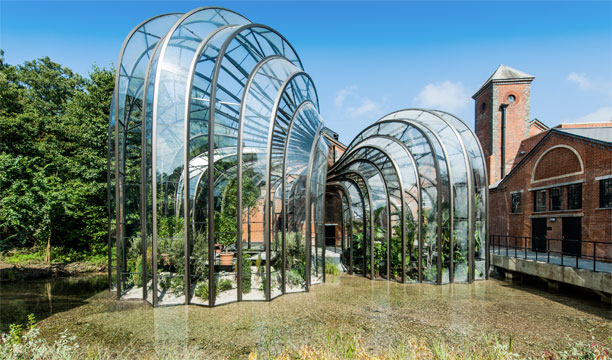 In our minds this is the biggest distillery opening in the UK this year, despite launching over a year later than first expected this month.

With a spectacular, Victorian-inspired greenhouse as the centrepiece of the distillery, which contains 10 botanicals used to create Bombay Sapphire, the distillery and visitors’ centre really immerses visitors in the brand’s ethos.

As a global brand, to situate the distillery in the heart of Hampshire was a strategic move that will see the area benefit from “gin tourism”. 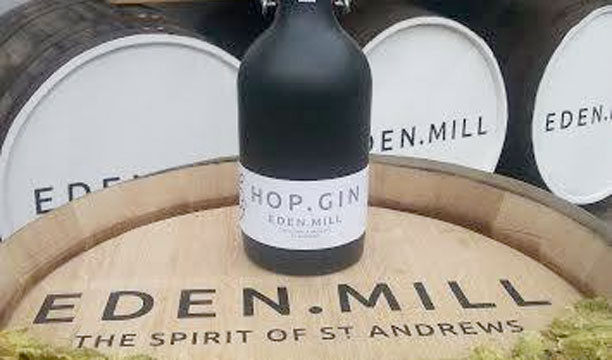 A relatively small distillery compared to others on this list, but Eden Mill deserves recognition for becoming Scotland’s first brewery-distillery.

Situated in St. Andrews, Eden Mill began distilling for its first whisky in September, bringing whisky production back to the area for the first time in 150 years.

While the whisky matures in a variety of casks and sizes, the distillery has created the “UK’s first” hopped dry gin in a nod to its dual-purpose business. 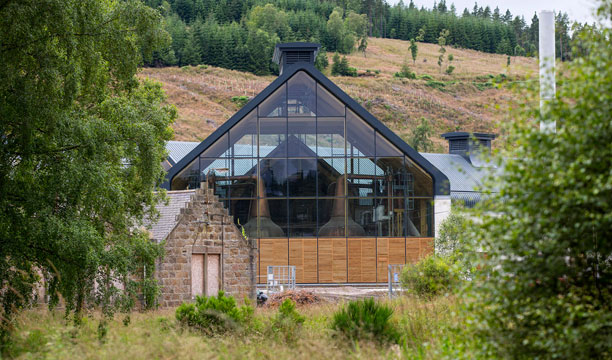 The big Scotch producers’ investment in the industry is no big secret, which is why the opening of Chivas Brothers’ newest single malt distillery last week came as no surprise.

The Speyside distillery is capable of producing 10 million litres of spirit for the group’s blended whiskies, Chivas Regal, Ballantine’s and Royal Salute, making it the largest distillery to open in the UK this year.

Uniquely, Dalmunach’s stills have been positioned in a circular design, purely for aesthetics. 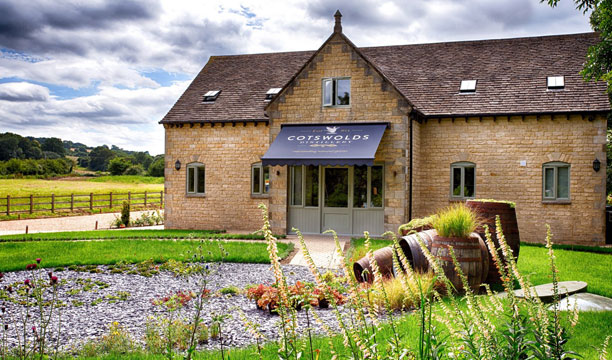 Having fired up the stills this summer, the Cotswolds Distillery, in Stourton near Chipping Norton, has sent waves of hope for a renewed English whisky industry.

Set to launch its first gin this October, the distillery also has plans to release a Cotswolds single malt whisky in 2017, as well as Traitor’s Ford Rye in the not-too-distant future.

Founder Daniel Szor also intends to release a range of brandies and liqueurs while his English whisky matures. 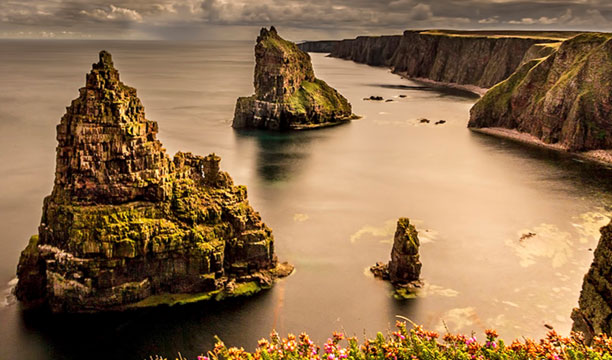 Dunnet Bay Distillery was the producer of the UK’s most northerly gin for just two weeks before the Shetland Distillery, which opened in 2013, released its own gin days later. 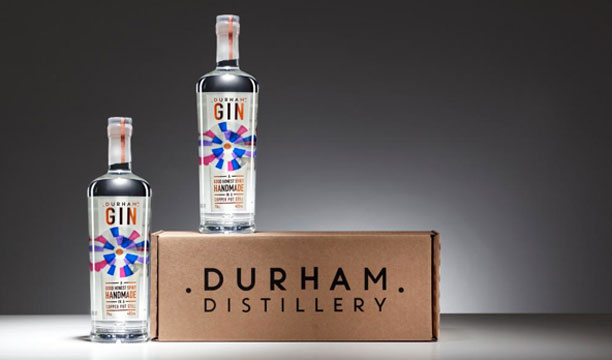 England’s most northerly distillery officially released the first bottles of its gin in April this year, and followed up its success with a vodka later in the summer.

According to the distiller founder, former NHS chief Jon Chadwick, Durham Gin sells up to 900 bottles a month.

The distillery also boasts the youngest female distiller in the UK, Jessica Tomlinson. 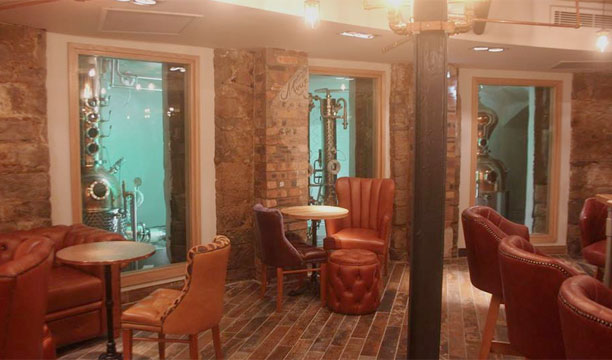 Located at Heads & Tales bar under the Rutland Hotel in Scotland’s capital city, the Edinburgh Gin Distillery was brought to life this summer by founder Alex Nicol and his company, Spencerfield Spirits.

The distillery, which is being run in partnership with Heriot-Watt University, features two custom-made stills, Flora and Caledonia, and will eventually create a series of historical gins centred on the city’s heritage.

In the meantime, the distillery’s first gin, Cannonball Navy Strength, is now available to buy at the distillery and is now being exported around the UK and select markets overseas. 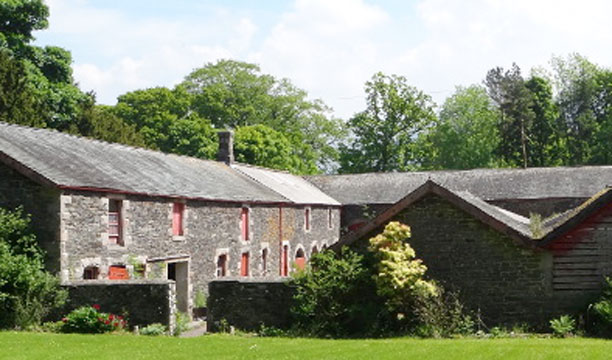 Founded by former Isle of Arran owner Paul Currie and former Dewars master distiller Chris Anderson, the £5 million distillery has the capacity to produce one million bottles of single malt whisky per year.

Situated on the banks of Bassenthwaite Lake, The Lakes Distillery has now already rolled out its Lakes Gin, which sits alongside The One whisky – a blend of whiskies from around the British Isles. 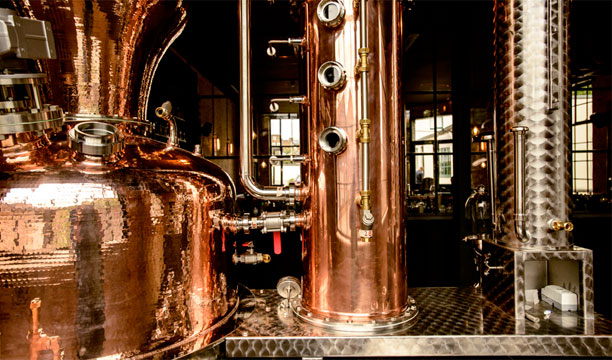 The first distillery in East London in over 100 years, ELLC is producing a London dry gin, vodka and a whisky aged on site.

Founded by Barworks’ Alex Wolpert, along with other senior Barworks members, the distillery is the third to open in the English capital in as many years.

Not technically open yet, Kingsbarns Distillery in Fife is set to fire up its stills and fling wide its doors to the public by 1 December.

Construction of the site, which has so far taken six years to complete, was given a boost in 2012 thanks to government backing and support from the Wemyss family.

Once complete, the site will feature two copper pot stills, holding 7,500 litres and 4,500 litres each, as well as a visitors’ centre.