As one of the most saturated categories in the spirits industry, gin brands produce an array of cool, intricate and bold bottle designs to stand out from the crowd.

While the gin sector is renowned for its creativity, there are some brands which really push the boat out when it comes to design and packaging.

Some brands focus on communicating their heritage and provenance through subtle, authentic designs, whereas other aim for others is shelf stand-out through bright, striking and cutting-edge designs.

This list includes a lemon juicer shaped bottle, a gin with a dog collar on its bottle neck, and a new brand which uses a 3D skull effect.

Click through the following pages to discover out selection of the top 10 gin bottle designs, listed in no particular order. If you think we’ve missed a creative choice off this list, let us know by leaving a comment below. 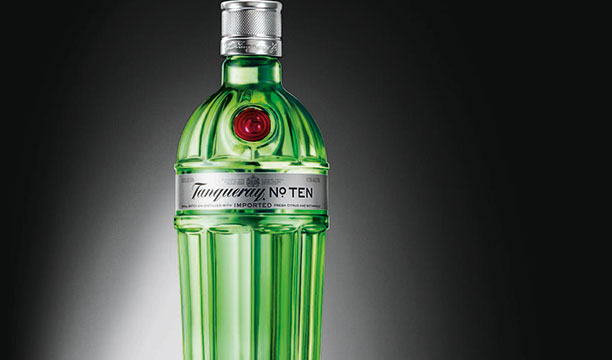 Back in February this year, Diageo unveiled an art deco design for its Tanqueray No. Ten which now has a lemon juicer shape and lighter green colour.

The iconic green bottle now features 10 indentations running down the length of the bottle in an Art Deco design that mirrors both a citrus juicer at the bottom, and traditional cocktail shaker throughout.

Diageo claimed the citrus juicer redesign helped position the brand as the ultimate spirit for Martinis. 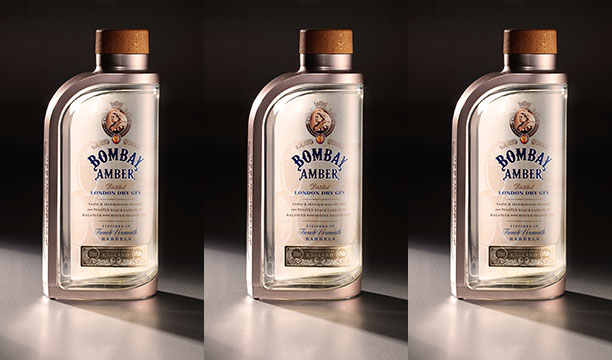 Bombay Amber – a cask rested version of Bombay Sapphire – is bottled in a unique chrome, wood and glass frosted bottle.

Richard Cuthbert, global marketing manager for Bombay Sapphire, said the packaging was designed to encourage up-trading among gin drinkers, as well as attract non-gin drinkers to the category.

The London dry gin is vapour-infused with nutmeg, black cardamom and orange zest, before being rested in French vermouth barrels. 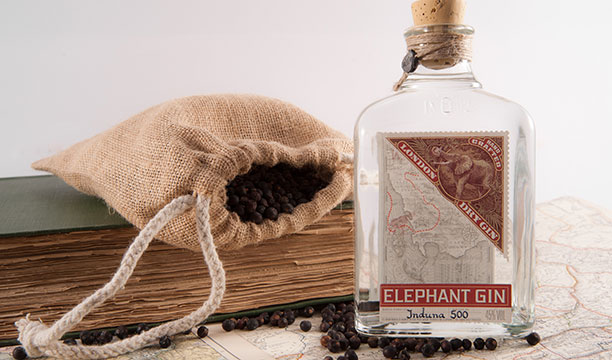 Elephant Gin was the only gin brand to win a master in The Spirits Business‘s Design Masters. It features an intricate map and elephant illustration.

The Design Masters head judge Christiaan Huynen said: “We really like the detail of this design which we felt would clearly communicate the brand’s story to the consumer. It is quite special.”

Inspired by Africa but distilled in Hamburg, Germany, Elephant Gin uses 14 botanicals including the African superfruit baobab, African wormwood and Buchu, a plant native to western South Africa. It launched to support the conservation of African wildlife. Bulldog gin features a unique cutting edge design which has helped it quickly become a cult classic among the world’s gin fans.

The gin comes in a bold, jet black bottle design, of which the neck adorns a studded dog collar. The brand’s higher abv expression, Bulldog Bold, has a sleeker bottle design with a charcoal grey and purple finish. 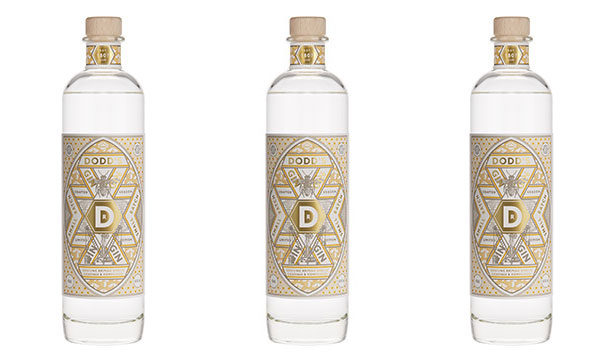 While its original design was intriguing, UK craft brand Dodd’s Gin pushed the boat out with its limited edition bottle design launched to commemorate its first anniversary in March.

Only 300 bottles of the new bottle design were made available from Fortnum & Mason. Each bottle has been hand labelled and numbered and features a luxurious silver and gold design by agency United Creatives. 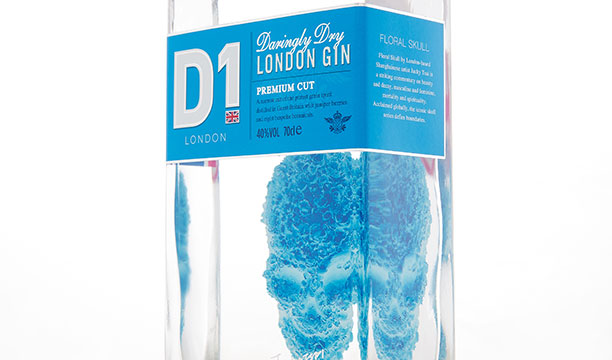 D1 Gin is a new brand which features a reversible bottle designed in collaboration with contemporary artist Jacky Tsai, featuring his “floral skull” made famous by the designs of Alexander McQueen.

The brand is said to combine the “traditional British distilling craft” with London couture.

“We are re-defining super-premium gin by combining traditional British distilling craft with branding based on London couture for people who love gin and those who wouldn’t consider a traditionally or heavily botanical-led gin,” said D1 London Gin founder Dominic Limbrey. 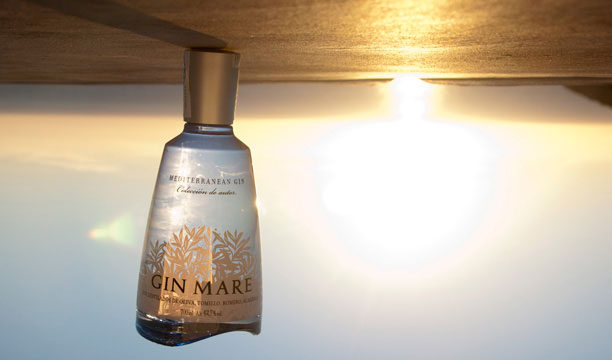 Mediterranean gin brand Gin Mare stands out from the crowd with its striking bottle design.

With an eye-catching cut-out olive leaf pattern, the chunky cap which doubles up as a convenient 50ml measure. The wave-inspired base of the bottle, and the blue and white colour scheme signifies both sky and clouds, and sea and surf. 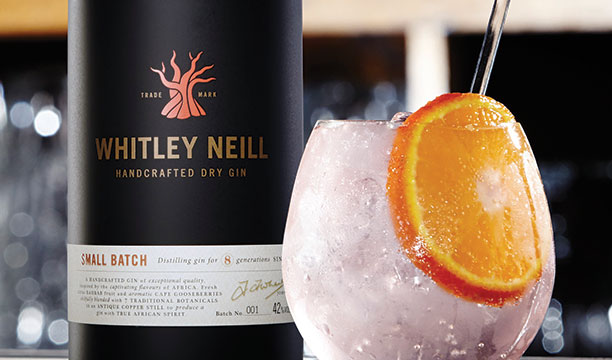 Whitley Neill revamped its packaging with a new bold matte black bottle in June last year. The new design features updated, contemporary labelling on a matte black bottle, which describes the nine botanicals and African ingredients that are used to create the gin.

“Whitley Neill has been recognised for many years as a premium, smooth and balanced gin, and we have now developed a design which reflects the brand’s style and origins,” said Richard Clark, director of innovation at brand owner Halewood International.

The bottle features quirky doodles printed onto frosted glass, with red colouring at its base. Santamanía London Dry Gin is a grape-based gin which is distilled in small batches of no more than 330 bottles at a time. 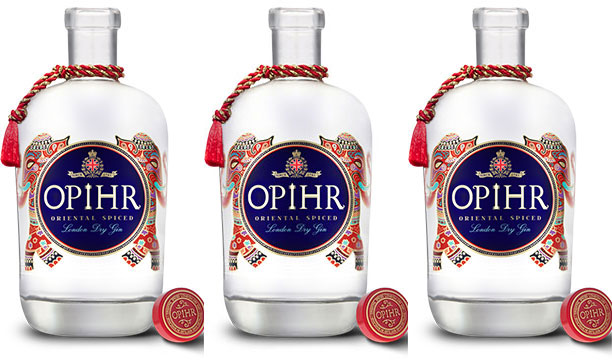 Launched by Quintessential Brands last year, Opihr gin has been created in the classic London Dry Gin style, with spiced notes from Moroccan coriander, Indian black pepper, and Indonesian cubeb berries, reflecting the spice route between the Philippines and London.

Its interesting packaging also reflects its Asian provenance, with beautifully colourful elephants emerging from behind a royal blue label and a red bottle neck tassel.