Whisky producers the world over have been embracing the flavour phenomenon, but it’s not just honey leading the trend as cinnamon expressions vie to capture consumers’ attention.

The flavoured whisky category is rife with controversy, particularly among Scotch whisky producers who frequently face a backlash for daring to add a drop of flavour to their liquid, due to strict guidelines by the Scotch Whisky Association (SWA).

Nevertheless, consumers are evidently displaying a desire for flavoured options, and not just for the sweet, sugary likes of Jack Daniel’s Honey, which became the first flavoured whiskey to reach one million case sales this year having grown 36% from 2013-2014.

Over recent years, an abundance of cinnamon-flavoured whiskies have trickled onto the market to cater for consumers all over the world looking for something a little hot and spicy.

Click through the following pages to see our top 10 favourite cinnamon flavoured whiskies.

Have we missed a favourite of yours? Let us know by leaving a comment below. 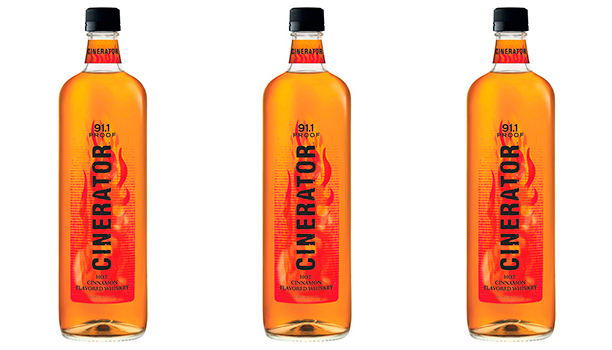 In response to growing demand for flavoured whiskies – particularly for the hot and spicy sub-category – Heaven Hill launched Cinerator, a hot cinnamon flavoured whiskey, in the US last May. 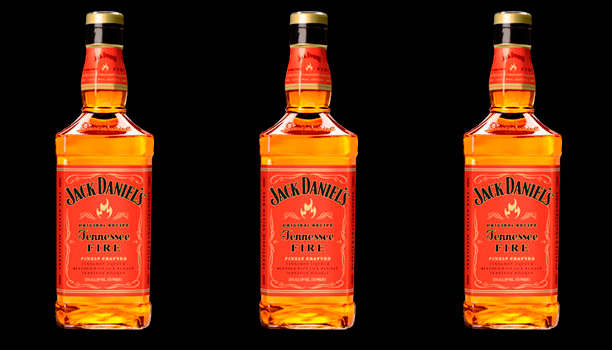 Last month, Jack Daniel’s announced plans out its Tennessee Fire expression to five new states as a result of successful trials of the cinnamon-flavoured whiskey this summer.

Brand owner Brown-Forman soft-launched the cinnamon flavoured whiskey in Tennessee, Oregon and Pennsylvania earlier this year in a test to determine any “cannibalisation” effect on its Honey expression.

Tennessee Fire is a blend of Jack Daniel’s with “red hot” cinnamon liqueur, bottled at 35% abv. It’s described as offering a “sweet, hot cinnamon kick” that complements the “smooth and delicious” taste of Jack Daniel’s. 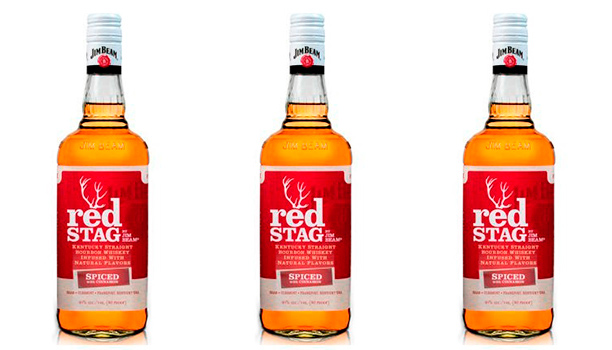 With subtle oak notes and hints of cinnamon spice, Red Stag Spiced is bottled at 40% abv and sold at an RRP of US$17.99. 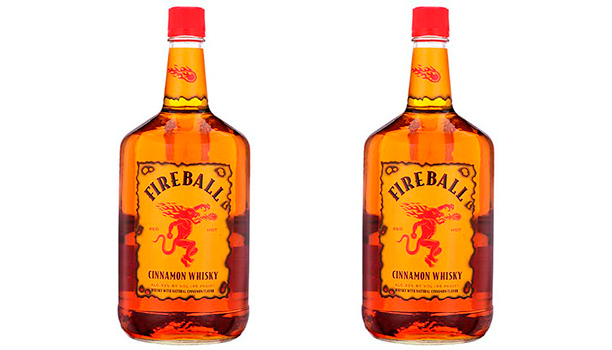 Recommended to be served as a shot, Fireball is made with Canadian whisky and “natural” cinnamon flavours.

Bottled at 33% abv, the whisky is described as sweet but with a spicy bite. 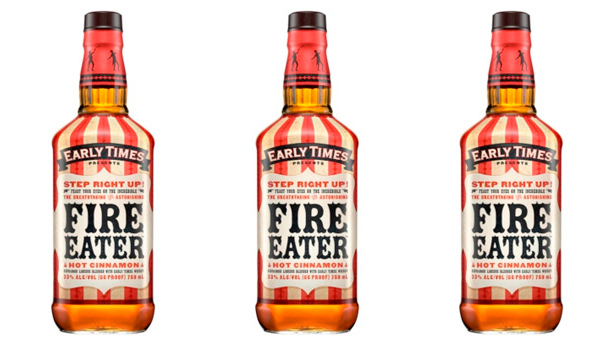 Following national success in the US since its initial launch in 2012, earlier this year Bacardi Brown-Forman Brands (BBFB) introduced Early Times Fire Eater to the UK market.

Fire Eater, a blend of 35% abv American whiskey with cinnamon and brown sugar flavours was launched to capitalise on the burgeoning sales of flavoured whisky, which are up 340% according to DISCUS.

Its unique bottle design was chosen to emulate the turn of the century carnival era, with its red and white stripes combined with an illustration of a carnival Big Top tent prominent on the label. 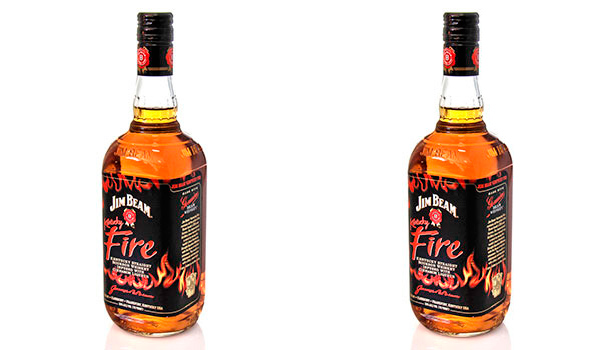 Beam Suntory is the latest drinks giant to dip its toe in the cinnamon whiskey category with Jim Beam Kentucky Fire.

While it is of similar name to Jack Daniel’s Tennessee Fire, the packaging is markedly different boasting a black label embossed with red writing surrounded by flames.

Designed to make the “perfect shot”, the flavoured Bourbon is said to give a fiery kick with a smooth finish.

Speaking after its release, Chris Bauder, general manager of whiskies at Beam Suntory, said: “We’re thrilled with the initial excitement we’ve seen for Jim Beam Kentucky Fire and are thrilled to continue to bring new and interesting flavour options to our fans and those who are new to whiskey.” 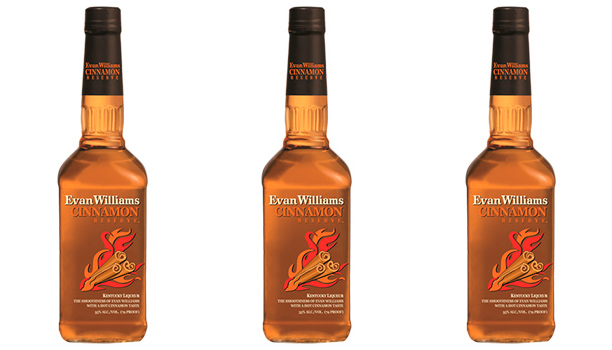 This sweet and spicy release combines the extra-aged Bourbon of Evan Williams with “natural” hot cinnamon flavours to create a fiery shot.

With an abv of 35%, Evan Williams’ Cinnamon Reserve generates aromas of spicy cinnamon and melon on the nose, with sweet honeyed cinnamon flavours on the palate gradually growing in spiciness. 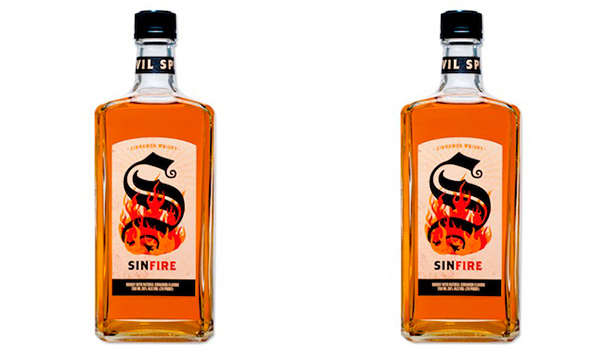 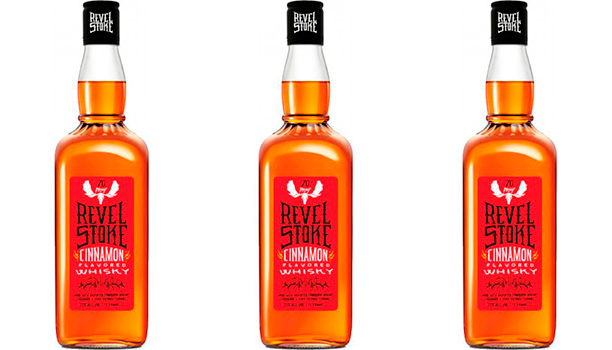 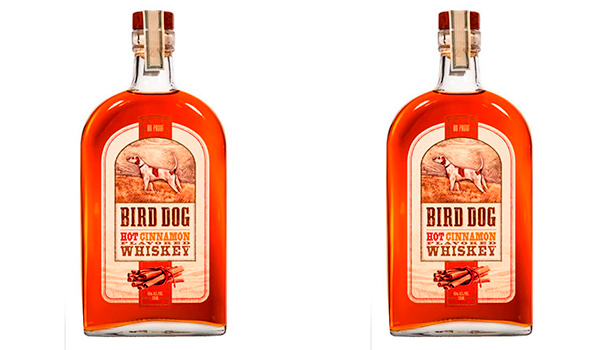