The world’s 10 most pioneering distillers

There’s never been a shortage of imagination and innovation in the history books of spirits – but this is our selection of the world’s 10 most pioneering distillers.

While there has long-been vast experimentation across the breadth of the spirits world, there have been a few individuals throughout history who have changed the landscape of the industry through their own pioneering developments.

Here, we pay tribute to distillers whose experimental visions have remoulded the industry, challenged restricting old structures and paved the way for a new generation of bright eyed imbibers.

This list includes the man who is credited with bringing Scotch whisky distillation methods to Scotland, the woman who drove the super-premium gin category forward and a few exceptional craft distillers making waves with their sheer imagination, among others.

Click through the following pages to discover which distillers we have selected as some of the most pioneering throughout history. 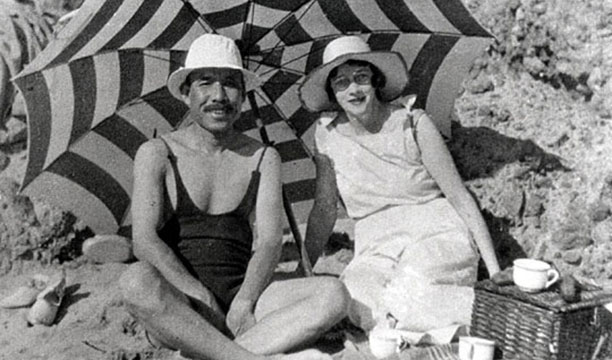 He became the first Japanese person to formally study the art of whisky making when he enrolled at Glasgow University. While studying, he lodged with a Scottish family, whose daughter, Rita Cowen, he would later marry.

With his new wife in tow, Taketsuru returned to Japan and helped set up a whisky distillery at Kotobukiya, which would later become Suntory. However, he set up his own independent Japanese whisky distillery – Dai Nippon Kaju, which would be renamed as the Nikka Whisky Distilling Company – to employ the techniques he had learned in Scotland. 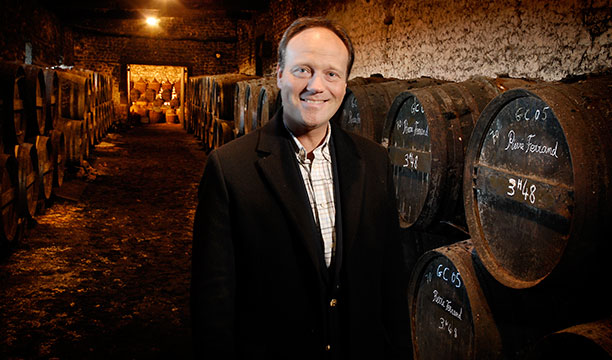 With a historical grounding in Cognac, French distiller Alexandre Gabriel, president of Cognac Ferrand, quickly turned his experimental hand to gin. As well as challenging the market formula of the “big four” Cognacs with his artisan Cognac Ferrand brand, Gabriel also made waves in the gin world with his Citadelle Gin through age experimentation.

Having found an old gin recipe that he has refreshed for today’s gin connoisseurs, Gabriel launched Citadelle Gin in 2007. Since this launch he has been experimenting with aged gins and changes the recipe up every year to experiment with the emerging technique. In 2009 Gabriel focused on delicateness; in 2010 he discovered the original gin recipe needed tweaking; in 2011 he introduced new botanicals like yuzu; the 2012 release included genepi, a botanical that grows in the Alps; and 2013 used a solera vatting process for the first time. 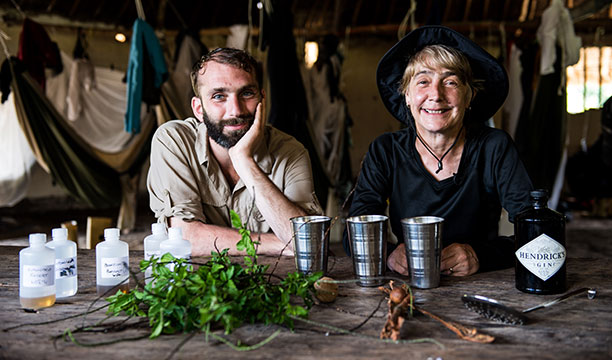 Thus Hendrick’s gin was born, “an absolute power-house brand” according to current William Grant CEO Stella David, leading the way for the great super-premium gin renaissance which we continue to see to this day. Leslie continues to experiment with wacky botanicals, and even trekked into the Venezuelan jungle in search of rare ingredients with Hendrick’s global brand ambassador, David Piper (pictured). 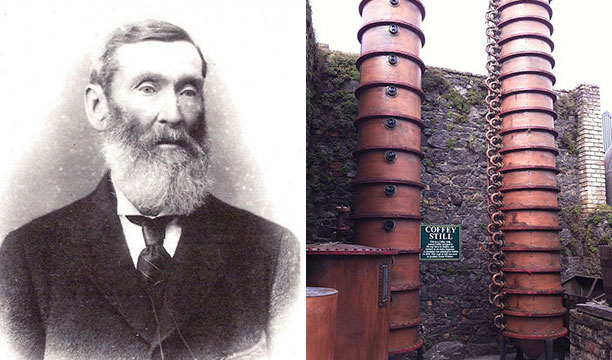 Irish inventor and distiller Aeneas Coffey changed the landscape of the spirits world when he created the coffey still, or patent still in 1830 after enhancing the original design for the column still by Robert Stein in 1826

The distillation process in column stills is unique as it takes place continuously without requiring two separate distillations, as with the pot stills used for single malts.

Normally used for grain whisky production, the Coffey still would become widely adopted by the Scots to produce their blends and move ahead of Ireland as the leading whisky nation. Most recently, Nikka Japanese whisky released a variant distilled in Coffey’s namesake still design. 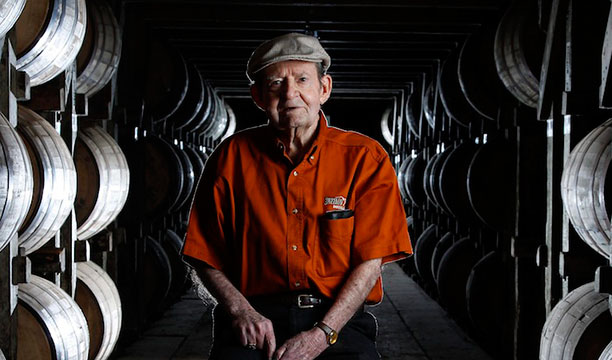 Revered Blanton’s master distiller Elmer T. Lee is best known for introducing the world to single barrel Bourbon when the brand launched in 1984.

Named after the distillery president at Buffalo Trace when Lee joined the company in 1949, Blanton’s was the first single barrel Bourbon to be released to consumers, a concept Albert B. Blanton would keep for himself when privately entertaining.

Just one year after the release of Blanton’s, Lee retired from the company, but continued to make regular appearances around the distillery as an ambassador. He died last July at the age of 93. 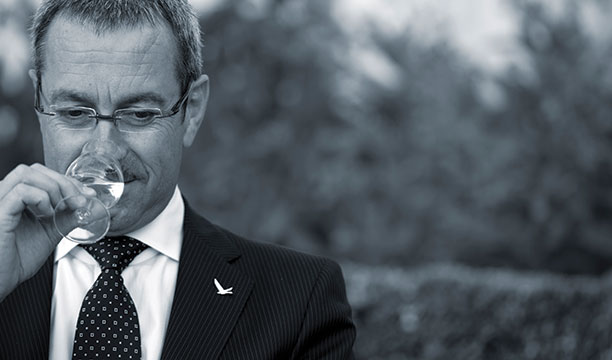 Not only did François Thibault develop the recipe for the spirit which was to pave the way in the super-premium vodka segment almost single-handedly, but he did so in the traditional Cognac region using ingredients recommended to him by pastry chefs.

Having trained to become a Maître de Chai from a young age, Thibault was recruited by Sidney Frank to develop its Grey Goose brand. To this day, he is known to control every minutiae of the vodka’s creation, making sure its wheat is sourced from select farms in Picardie, where a distillate is created and then taken to Cognac to be blended with water from the region.

Thibault continues to innovate the Grey Goose brand through flavours and even introducing a vodka/Cognac hybrid expression.

Although his name may be somewhat lost in the pages of history, Sir Thomas Phillips was the man behind what is now generally considered to be the world’s oldest working distillery – the Old Bushmills Distillery.

The Irish whiskey distillery, now owned by UK drinks giant Diageo, was first established when Sir Thomas, landowner and Governor of Co. Antrim Ireland, was granted a licence to distill whisky by King James 1 in 1608, bringing legal whiskey production to the UK and Ireland.

The Irish whiskey brand was officially given a registered trademark in 1784 and has the date 1608 printed on its bottles. 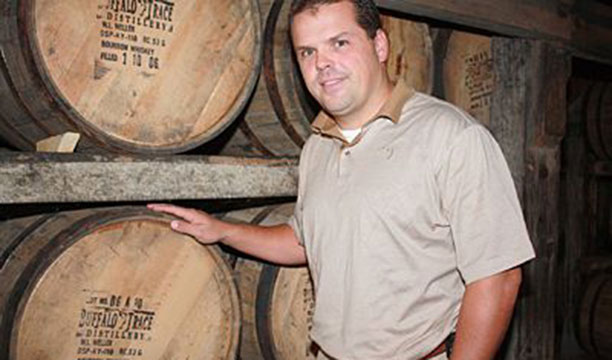 Due to the recent experimentation in the ageing process of the iconic Buffalo Trace Bourbon through Warehouse X, we thought that the brand’s master distiller Harlen Wheatley deserved a spot on this countdown.

With an intention to measure the effect of light, airflow, temperature and humidity, Warehouse X has the ability to monitor liquid temperature, barrel weight, barrel temperature, and even air flow around the barrel. Wheatly diligently monitors the technology in his search for the “Holy Grail of Bourbon”.

The results of the Warehouse X research will eventually be bottled under the Experimental Collection line, which has been offering the outcomes of Buffalo Trace’s experiments for sale since 2006. 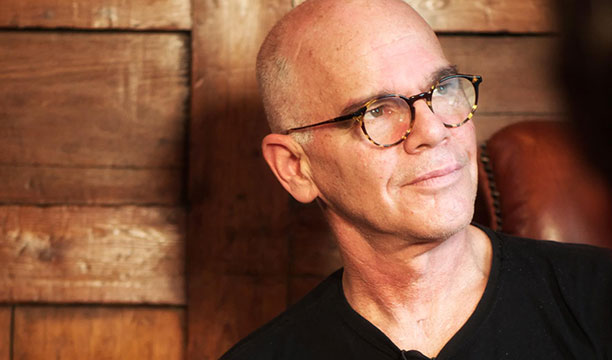 Ralph Erenzo, master distiller and co-founder of Tuthilltown Sprits, has helped pioneer the craft spirits movement in the US which has exploded in recent years by setting up New York’s first legal distillery since the Prohibition era.

His work at state level resulted in the passage of the Farm Distillery Act which permits New York farms to establish distilleries on site and sell their agricultural spirits at the farm.

He also exemplified a new relationship between craft and large-scale distillers when he sold his Hudson Bourbon brand to UK drinks group William Grant & Sons. 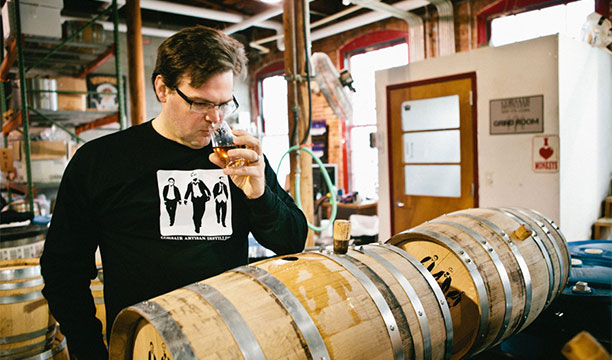 As the owner and master distiller of one of the most experimental craft distilleries in the US, Darek Ball certainly warrants a mention in this list.

The distillery’s even more creative and seasonal spirits include a Bourbon pot distilled with Amarillo hops, a whiskey infused with elderflower and hops, and Triticale Whiskey – a new grain variety created by crossing species of wheat and rye.