Taking the helm of European bar trends, Berlin has seen a wave of themed bars open, which are far from what you might expect, as BarChick discovers

Hailed as the capital of “European cool”, in recent years Berlin has undergone a major transformation from grit to hip with an abundance of smoky underground bars and pumping music venues, not to mention the “best club in the world”: Berghain. This forward-thinking hipster haven is becoming a major trendsetter in the drinks scene with some industry shakers claiming its unpretentious style could lead it to take the title as cocktail capital of Europe.

The latest trend to sweep the city is a very Berlin take on the concept bar thanks to a handful of new openings. From West-side crossdressing edginess to East-side art-house sophistication, Berlin is showing the industry how themed bars should be done. The obvious question is why would a city so rebellious against clichés embrace themed bars, something many consider dated and, dare we say it, tacky?

“As a means of expression,” explains Arnd Henning Heissen, Diageo World Class winner and head bartender at The Curtain Club. “Everyone can express themselves the way they are, or any way they want to be in this city, and concept bars make way for this, not only for the creative visionaries behind the bars themselves, but for the mixologists, bartenders and for the drinkers too.”

There is certainly nothing cheesy or dated about sitting in the luxurious setting of Berlin’s Curtain Club sipping on a Don Hernando – a Mezcal, fig, schezchuan pepper and lime cocktail inspired by the scent of a fig tree in one of the bartender’s family gardens.

This idea of an olfactory experience is the concept behind The Curtain Club: that a single drink can take you on a sensory journey to anywhere in the world. Despite the vintage maps printed on the tables, the quaint local trinkets dotted throughout the venue and the collection of bottled herbs and rarely seen spirits on display along the bar, the concept focus here is as it should be: on the drinks themselves.

Inspired “from a paradise of 1001 scents from across the world”, each cocktail in this unique collection comes with a story. Me-Cha’s Secret takes you back to beginning of the 19th century into a dark backroom game of poker while the saffron-infused The Port & The Alchemist gets you lost amidst the hustle and bustle of a bazaar.

Concepts of the future

It’s not just at The Curtain Club that concept cocktails are very much a thing of the present and future. Prinzipal Kreuzberg is one of Berlin’s hottest openings so far this year. This early 20th century Parisian-themed bar has channelled a burlesque vibe through the drinks that Bahan Memedov and his team of experts have created.

Monroe’s Kiss is infused with Turkish delight, rumoured to have been one of Marilyn’s favourite treats, and the entire menu has been inspired in a similar way.

Perhaps less subtle than others, Prinzipal fully embraces the burlesque aesthetic with corset-clad transvestites on the door and glamorous girls putting on a show every night. Ferhat Akbiyik, Prinzipal’s owner and head bartender, explains: “People in Berlin aren’t all about late-night clubbing and hipster bars. We wanted to bring something fabulous, bohemian and different to the scene with Prinzipal.” And different it most definitely is.

Meanwhile, on the other side of town, Berlin is showing us how wild west should be done; although hold off on your judgment, as this place is a little more “ooh la la” than “yee-ha”. From the moment you bust through the saloon doors at Stagger Lee you’re living out a wild west fantasy. This sophisticated saloon is decked up with American antiques, cowhide leather and a cocktail menu to knock your boots off. The themed drinks are unique; take the signature Dirty BBQ Manhattan boasting pork belly-infused Bourbon working in meaty harmony alongside the smokiness of Ardbeg, or Annie Get Your Gun, the classic Margarita with a western twist.

Scotch & Sofa is stuck somewhere in the 60s with a drinks menu to match – anyone for White Russians? Anywhere else in the world a 60s bar would be considered naff, but of course, Berlin can pull it off.

Like the cool kid in school, Berlin doesn’t try to be a trendsetter; it just naturally is.

Flick through the next few pages to discover the best bars in Sydney. 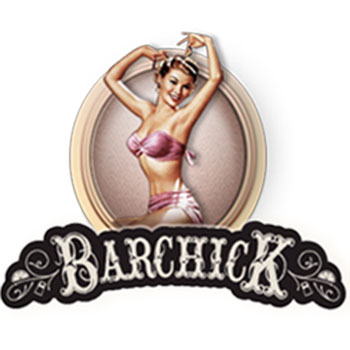 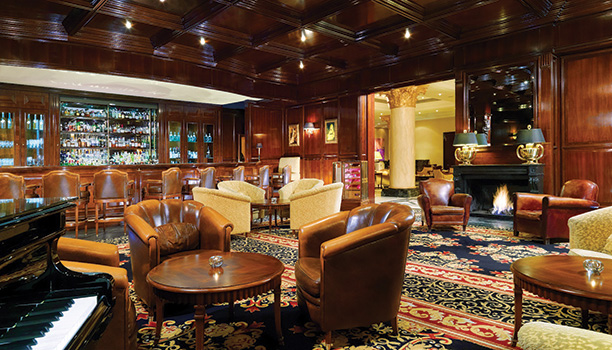 “The world is a book and those who do not travel read only one page” is the ethos behind the cocktail menu in this beautiful and creative bar that had us smitten from the moment we sat down. Let bartending legend Arnd take you on a tour of your senses with an array of perfumes, herbs and exotic scents that will enable the team to create a drink that will send you on a journey far from the bar’s location inside Berlin’s Ritz-Carlton. 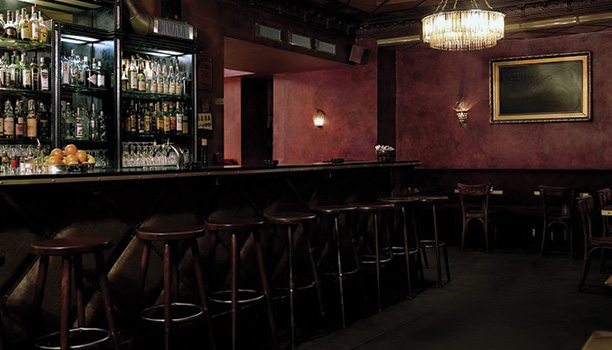 Ask any bartender in Berlin their favourite bar and this classic comes up trumps every time. Hidden down a dimly-lit dead end street in Kreuzberg, Wurgeengel’s classy candlelight vibe is reminiscent of a cocktail bar in New York’s East Village. The booze selection on offer is second to none. It’s what many describe as “a real drinker’s bar,” which would explain why it tends to be busy at “nightcap-o-clock” around 4am when most of Berlin’s finest bartenders clock off. 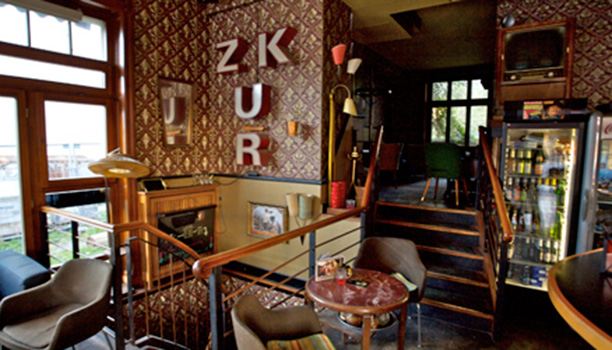 Retro is the word of the day in this Prenzlauer Berg-based bar with everything from the quirky vintage clocks, 1950’s TV sets and psychedelic wallpaper taking you on a trip back in time. Inviting a cool and relaxed after-work crowd, Scotch & Sofa is the kind of bar perfect for, well, a glass of Scotch on the sofa 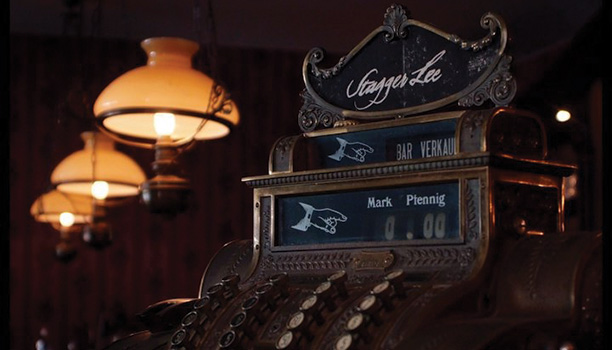 Buzz the bell to be led in to a wild west saloon that will exceed all expectations. Polished dark wood furnishings, an antique gold till and a tall elegant grandfather clock set the tone of this joint, with the grand piano in the corner screaming of Charleston sophistication. With smokers pushed to the back section, the best spot in the house is up at the bar where cowhide stools and soft leather menus boasting both classics and innovative concept cocktails await. 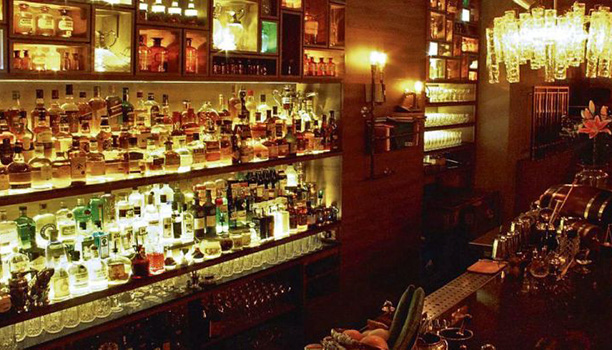 The newest addition to west Berlin’s edgy bar scene, Prinzipal has really got people talking. Inspired by early 20th century Paris and the sophisticated debauchery of the Moulin Rouge, Bahan Mendov and his team of experts are serving up burlesque-inspired cocktails within a glamorous and somewhat raunchy setting. Head in for a drink around 11pm and you’ll get more than just a garnish with that cocktail (hint: there are nipple tassels).