Fires, explosions and massive spillages have long plagued the spirits industry, but these are the world’s 10 worst distillery disasters.

Vast improvements in health and safety mean that disasters are rarely encountered in today’s distilling world.

But with high temperatures and an intensely flammable substance, accidents do indeed still occur, sometimes with catastrophic consequences.

Whether its the accidental flushing away of precious aged stocks, or a massive fire spread across giant maturation warehouses, distilling continues to see the occasional tragedy.

Thankfully, few reach the same level of destruction as distillery disasters of the past, such as the Great Boston Molasses Wave or the raging whisky bonded warehouse fire that claimed the lives of 19 firemen.

Click through the following pages to see the world ‘s 10 worst distillery disasters. If you think we’ve missed a catastrophe in the distilling world off this list, let us know by leaving a comment below. 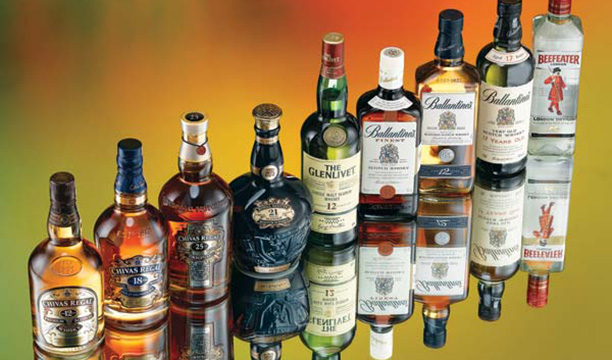 Executives at Chivas Brothers held their heads in despair in March 2013 after workers accidentally flushed thousands of litres of aged whisky down the drain. The stocks were mistaken for waste water at the company’s Dumbarton bottling plant and discarded, causing Chivas Brothers – the whisky and gin arm of French drinks group Pernod Ricard – to lose thousands of pounds. While some reports claimed that the group lost around 18,000 litres of alcohol, Chivas declined to specify the exact amount. 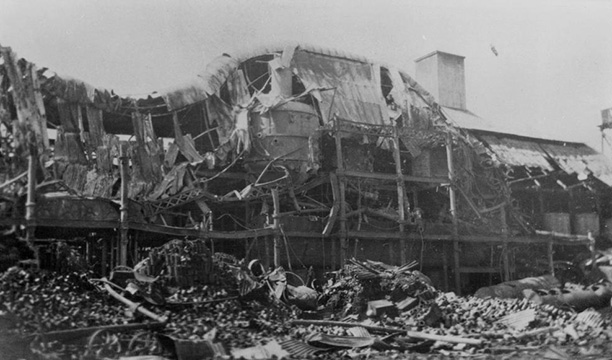 In November 1936, the Bundaberg Rum distillery in Australia was struck by lightening, causing an inferno to rage through the vicinity amid exploding vats containing 10,000 gallons of rum and other spirits. The flames from the distillery, previously called the Millaquin Distillery, could be seen for miles, but, surprisingly no-one was killed or injured. Extensive damage was, however, inflicted on the surrounding environment and wildlife, with thousands of dead fish washed up onto the shores of the Burnett River. 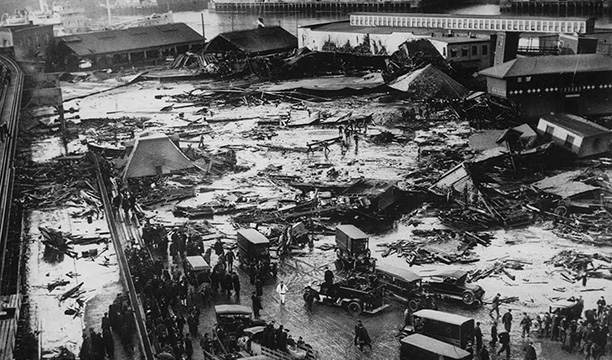 In 1919, a giant pool of black treacle spilled into the streets of Boston, creating what is now known as the Great Molasses Disaster. The tragedy occurred at the Purity Distilling Company where a huge molasses tank containing 2,300,000 gallons burst due to high temperature, causing a 25ft wave of sugary lava to steam through the Boston streets at an estimated 35mph. A total of 21 people were killed and 150 more were injured while several building were swept away and crushed. For years afterwards, locals would say that on hot summer days, the area still smelled of molasses. 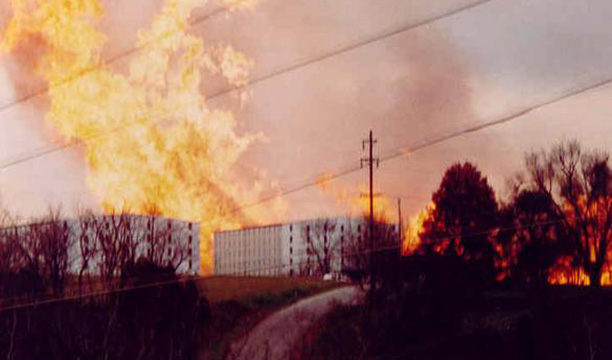 An estimated 90,000 barrels of ageing Heaven Hill Bourbon was destroyed in 1996 when a fire raged across seven of the distillery’s warehouses and across to other buildings. Witnesses say barrels shot across the sky, while burning alcohol poured into the roads. The cause of the fire was officially “undetermined” but experts said they would not rule out a lightening strike. Heaven Hill managed to continue in business by sourcing liquid from Brown-Forman and Beam until it purchased the Bernheim distillery in Louisville. 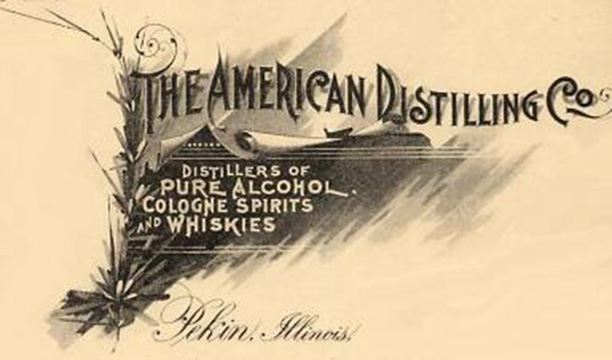 In 1954, three warehouses at the American Distillery in Pekin set alight, killing three plant workers and injuring a number of others. This fire destroyed 42,000 barrels of ageing whiskey, but 220,000 barrels of alcohol in nearby rack houses and warehouses were saved. 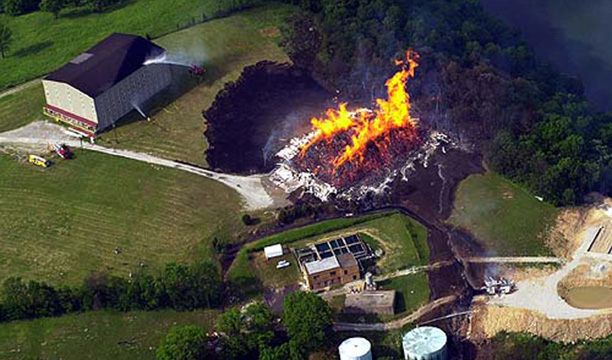 More than 17,000 barrels of ageing Wild Turkey Bourbon were destroyed in 2000 when a fire ripped through the brand’s seven-storey maturation warehouse. Flaming whiskey set the nearby woods alight and more spilled into the Kentucky River, killing an estimated 228,000 fish along a 66-mile stretch. While water supplies were saved, the city’s water treatment plant was temporarily closed down and water restrictions were ordered. The distillery, which was owned by Pernod Ricard at the time of the fire, donated more than US$250,000 to the Kentucky Department of Fish and Wildlife to help replenish the river’s fish population. 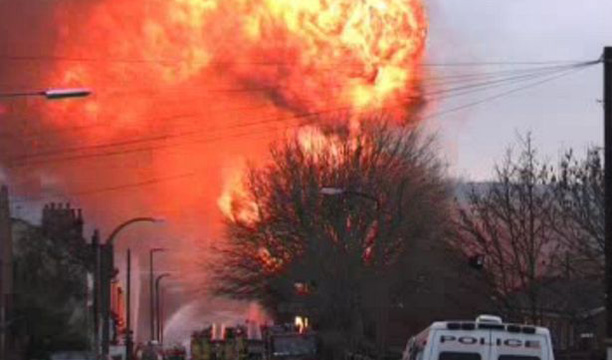 In just 2012, 100 firefighters were called to the scene of a massive fire at the Langley Distillery, producer of Langley’s Gin, based in the UK’s black country. Nearby residents, 200 of whom were all evacuated, described scenes of fireballs shooting into the air and window frames melting in nearby houses. Investigators blamed the blaze on a chemical explosion. Incredibly, no-one was killed or severely injured, but a man in his 20s was taken to hospital with burns to his hands and back and 16 homes were left uninhabitable. 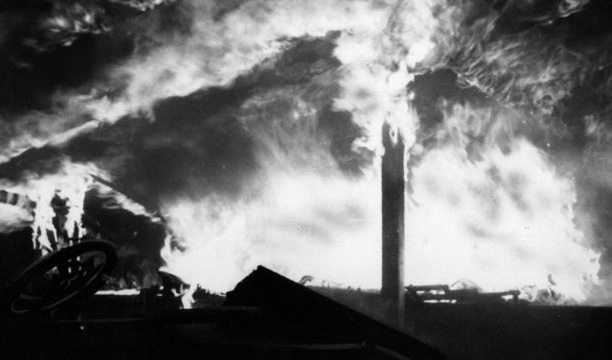 Known as Britain’s worst ever peacetime fire-service disaster, the Cheapside Street whisky bond fire, in Glasgow, killed 19 service men in 1960. The warehouse, owned by Arbuckle, Smith and Company, contained over a million gallons of whisky and rum held in wooden casks. The liquid exceeded boiling point, causing a massive explosion in the building, killing fireman stood at street level. Around 450 firefighters battled the blaze, which took an entire week to extinguish. 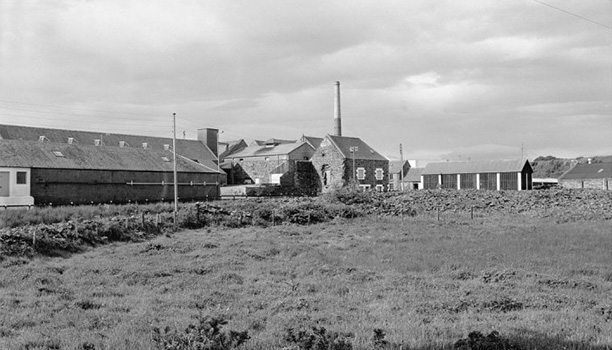 Scotch whisky producer Banff Distillery hasn’t had the best of luck in its storied history, having experienced numerous disasters. In 1877, the Aberdeenshire-based Banff Distillery, founded in 1863, was near devastated by a huge fire, prompting then-owner James Simpson to always keep a fire engine on site. Disaster stuck again during the Second World War when in 1941, a German bomb set fire to one of the warehouses, causing barrels of whisky to leak out into the local fields, rivers and canals. Several ducks were reported to have died from alcohol poisoning while area’s cows could not be milked for days afterwards. The vicinity was closed in 1983 and a fire destroyed its remains in 1991 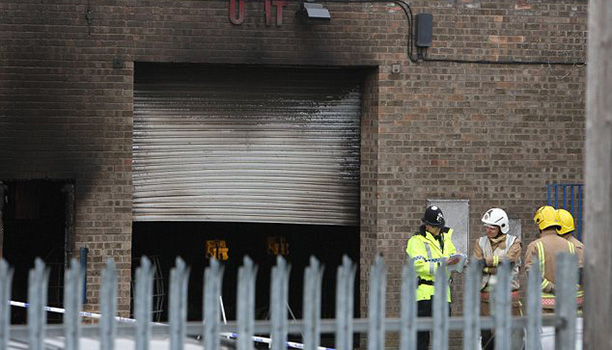 While other inclusions on this list are disasters which have occurred in legitimate, licensed distilleries, the illegal spirits market is also frequently fraught with disaster. In 2011, five men making illicit vodka where killed in an industrial unit, in Boston, Lincolnshire, in the UK. The men, who were of Eastern European origin, were though to have been making vodka from potatoes sourced from nearby farms.